Another day, another sleep-in……. why does she never sleep in at home and then decides to do it when we are on holidays and have stuff to do? Not complaining, getting up at 8am is lovely, but I’m so not used to it! I know it won’t last, but it’s nice while it does.

The previous afternoon we had spied some clothes we were interested in, but the shops are very busy in the afternoons. The crowds, plus a cranky, tantruming baby don’t mix, so we decided to head back today, in the morning. The shops open around 10am and are practically deserted in the mornings. It makes it much more pleasant shopping, and we can let the munchkin run around without annoying others.

We managed to find coats for all three of us. Nic and Anto also got hats, gloves and scarves. Nic got some boots and Astrid got some new pants and tights. The poor credit card was in melt-down. We had stopped for morning tea at the regular cafe we go to in the shopping district, and today Astrid had pain au chocolat again. We have concluded that she is determined her parents won’t get fat on this trip since we get about half a bite each of any treat, then have to push or carry her back after she has eaten a mountain of food! We should also point out that this trip to the shops and back was achieved without GPS map assistance and without getting lost……..

Some very poor pictures of our purchases, but you get the idea: 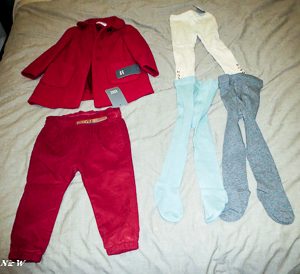 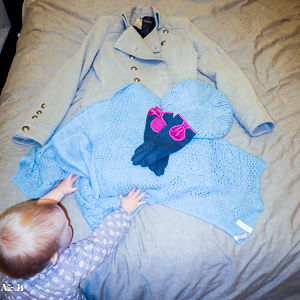 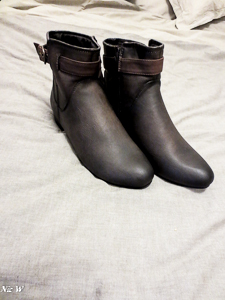 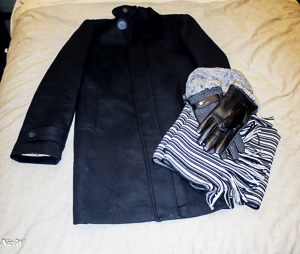 Loaded up with our purchases we headed back to the apartment for some lunch. Astrid had a mini nap in the stroller and we grabbed some salad items and fresh baguette for lunch. Astrid caused much hilarity by running around the shops munching on a whole stick of baguette because she couldn’t wait for us to get back to the apartment so she could eat it. 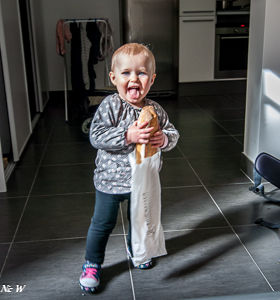 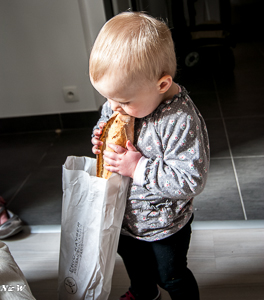 After Miss A’s sleep we decided to take her to a park for a run around.  Rather than the ‘local’ Jardin Des Halles, which is quite busy in the afternoons, we thought we would head further afield to Jardin Du Luxembourg. It is meant to be one of the most impressive parks in Paris. It didn’t disappoint in grandeur. It is huge, and very formal.  Unfortunately it reeks of dog poo 🙁  We haven’t had too much issue with dog poo, while walking around but here it was everywhere, and the odour really very strong, and very unpleasant.  Aside from the unpleasant odour, which wasn’t as bad down near the pond and central gardens, it was a lovely park.

Astrid seemed to particularly enjoy watching the ducks. She seemed to think swimming with them might be a good idea. She spent a lot of time waving at the ducks and saying ‘duck, quack’.  We also wandered around the gardens and looked at the fountains. We somehow missed an entire section of the park, including the merry-go-round, puppet theatre and playground.  We plan to go back one day when the puppet shows are on as Astrid may enjoy them. 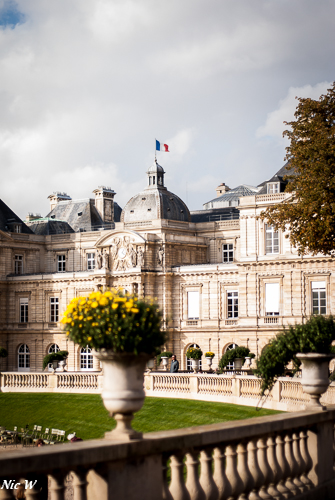 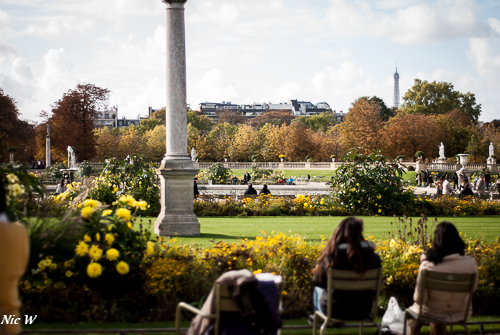 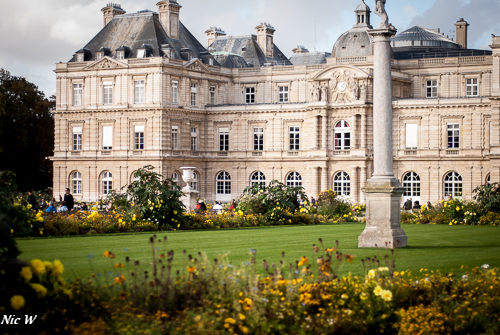 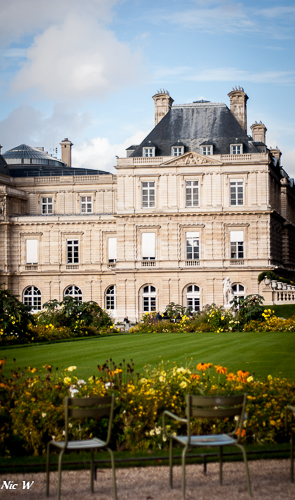 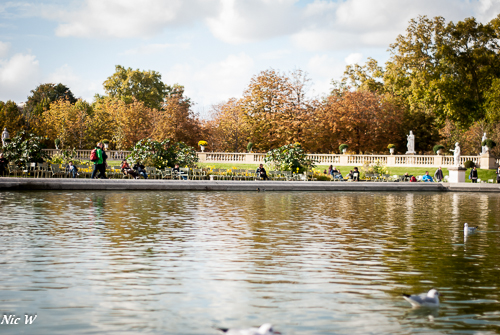 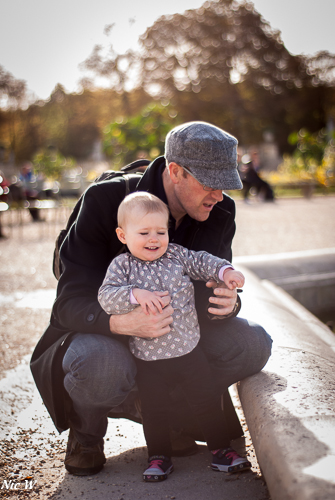 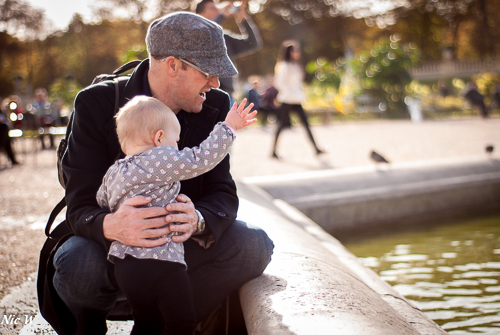 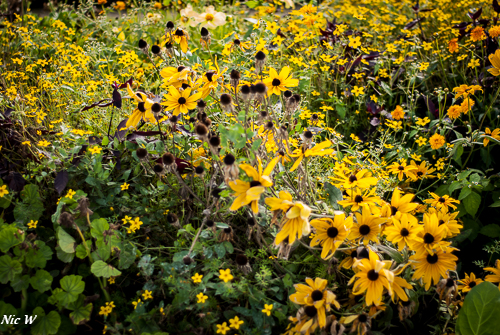 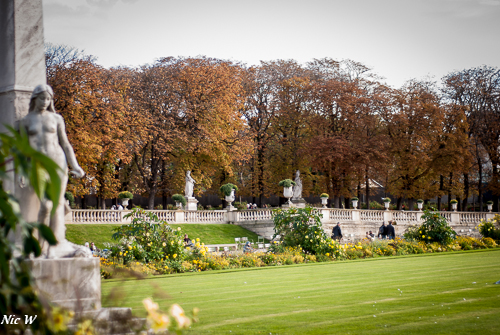 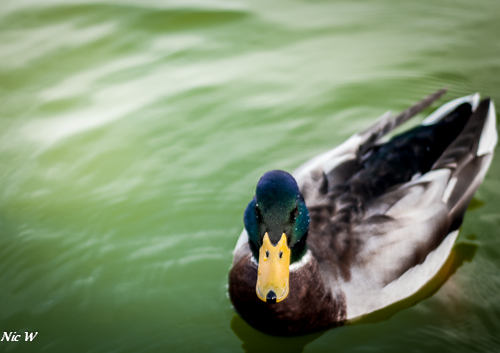 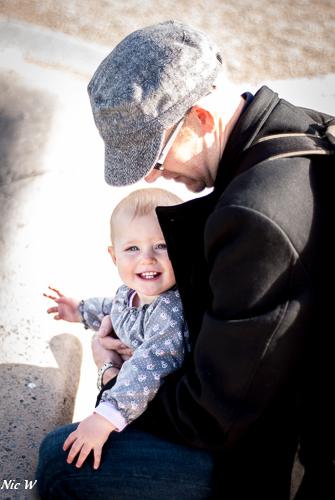 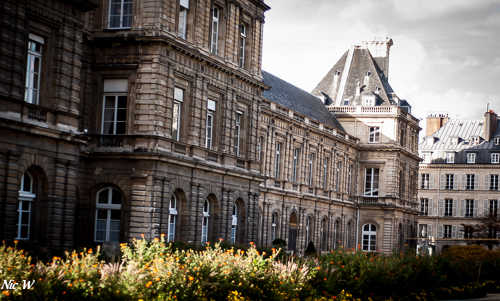 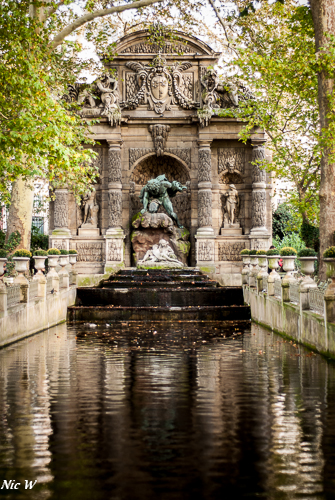 To give our legs a break we had taken the metro and RER to Jardin du Luxembourg. It’s only about 3ish km’s each way but we thought we’d be lazy and not walk it, to give Astrid more time to play. We managed the trains better this time, as we had actually pre-planned the connections and had Astrid in the ergo, so no stairs to negotiate with a stroller. It was a bit after 5pm as we were catching the train back and it was very busy and we were packed into the train like sardines, so probably best to avoid them at that time. Otherwise, it was a successful outing.

We have obviously stop looking hideously touristy. Today I was asked (in French) to help someone buy shoes, whilst in a shoe store. I must have looked like I worked there. Given I speak about 2 words of French I wasn’t helpful. Anto was also asked to translate (French-English)  for someone at the supermarket. His French is better than mine, but not that good! Luckily as soon as we open our mouths and utter anything resembling French, most people switch to English. Otherwise pointing and grunting tends to get results.

The day was finished off with some glasses of very reasonably priced but very French wine and this scrumptious Ideale Pistache.  Think we might be having this one again……. 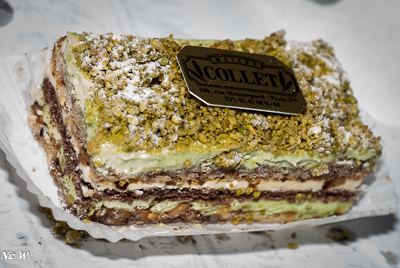 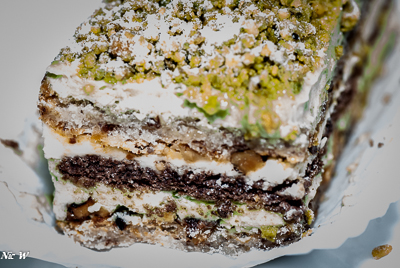