It’s now a week since Master Søren turned two – here are some pictures and a little update on his second year! His party is done and dusted (I’m very over icing, cake and all things sea creature at the moment)  and I’ve finally had time to put together a post about his birthday celebrations. There will be (of course) many pictures to come from the birthday party, but for now here is how we celebrated the big day (on the day)………

Recently, Søren has really gotten into birthdays.  For past couple of weeks we’ve been asking him whose having a b birthday next and he always answers proudly ‘me!’ and then pretends to blow out candles!  Despite his excitement level the night before, Søren managed to sleep in until at lest 7.15am and when I went down to fetch him from his cot, he was all smiles and giggles.

As he was born at 8:00am exactly he was technically still one, so when I asked him how old he was he proudly held up his 1 finger! The rest of the day he did tell us he was now two…. 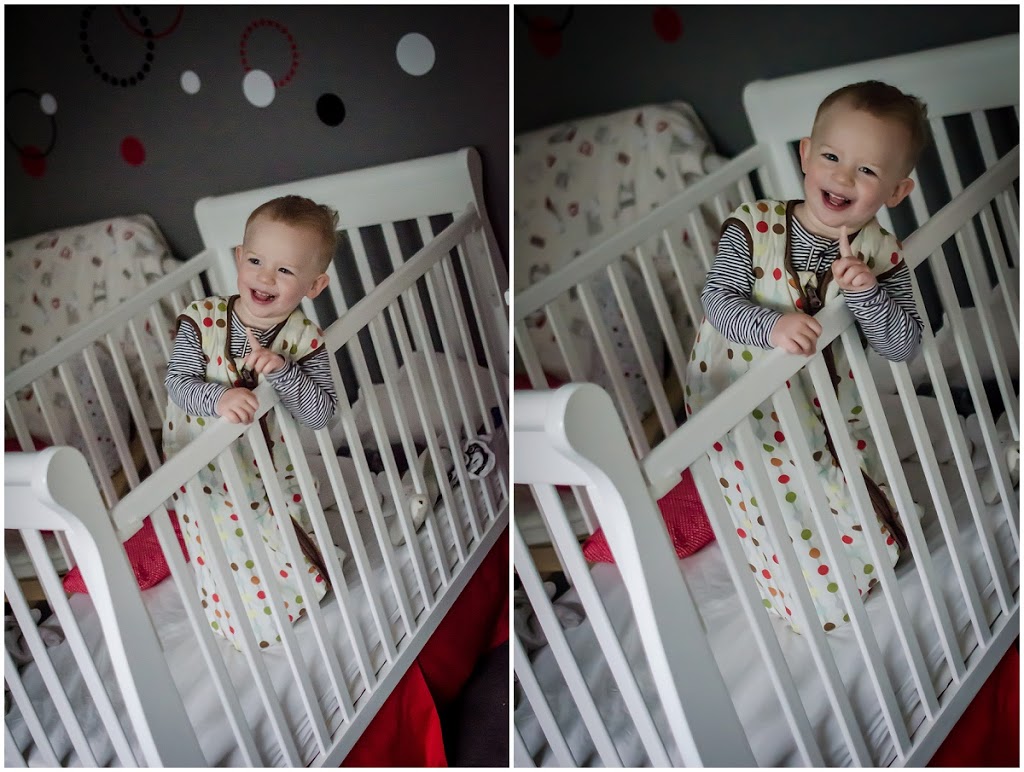 Birthday or not, it was very definitely time for milk and cuddles before the large pile of presents was spied.

I had piled the presents from us and Astrid up on the kids chair the night before. Søren figured out pretty quickly that they were for him.  Last Christmas he was still pretty unsure about the present opening thing (he was only 14 months old though!).  This time around though, he was straight into it. After a quick check with Mum and Dad to make sure he really was allowed to rip the paper open, the presents were quickly pounced upon.  Mostly to shouts of ‘rip, rip’ by Søren. Astrid looked a little disappointed that she was no longer needed to help him open all his presents, as it’s pretty much her favourite job! 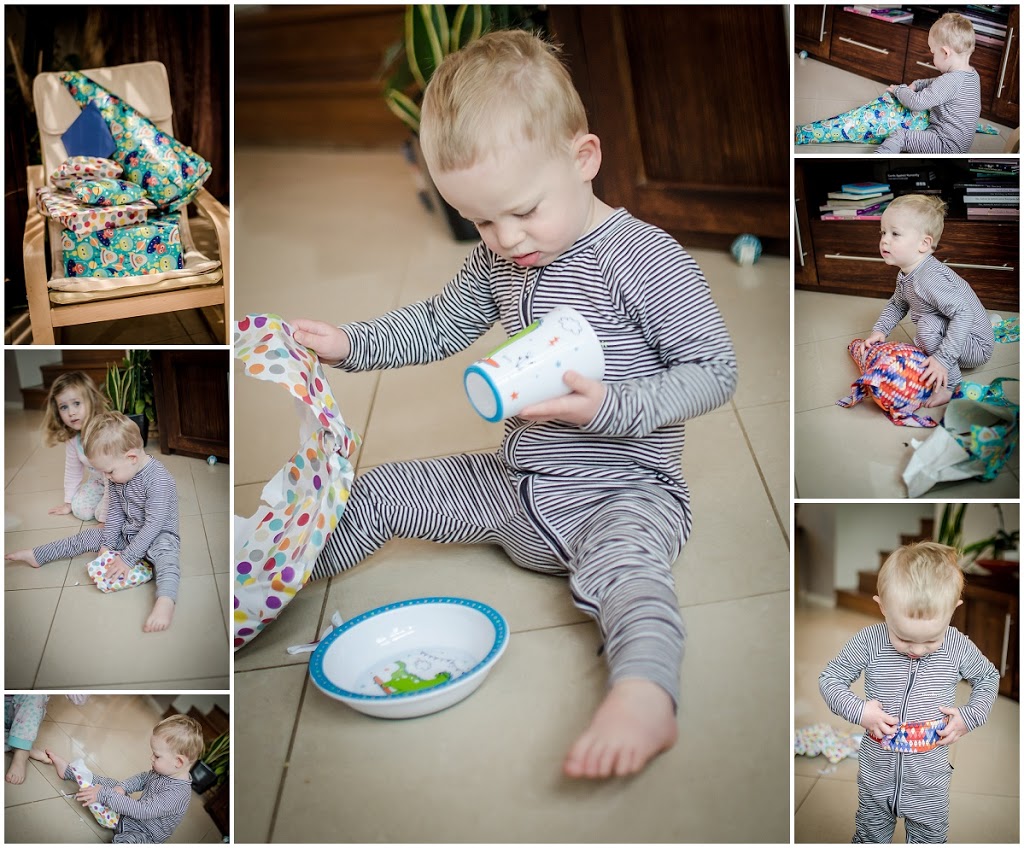 It was very difficult to get Søren to concentrate on breakfast with all the new things to play with.  Wearing a dinosaur tail and building duplo seemed far more important than breakfast but we did have plans for the morning.

Despite it being cool, Søren insisted on wearing his new fox shorts, and we headed over to Grandma & Grandpa’s for a play and more present opening.  I had suggested that Søren might like a balance bike as he is always trying to steal his big sisters (which is way too big).  At first the excitement of a card and a very large box was enough. Unsurprisingly the balance bike became the hit present of the day.  Helping Grandpa put it together kept Søren amused until it was time to head to the adventure playground for morning tea.

Both Astrid and Søren adore the adventure playground, so it seemed like a good location for some birthday fun and some cake.  Granny joined us for the morning and we had a play while Grandma (aka Lorraine) fetched the adults some coffee – it was still cold!, and we waited for Anto to escape work.  Søren, now let loose with his new possession, was keen to give it a spin.  It didn’t take him too long to figure it out either! 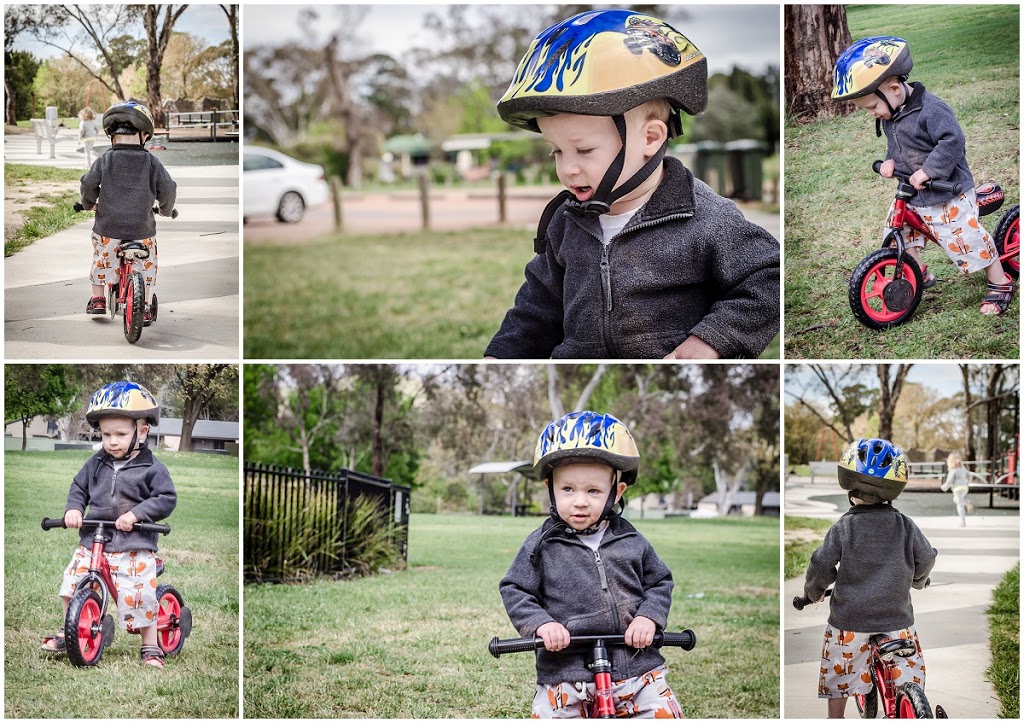 Astrid was more than happy to slide, flying fox and get pushed on the roundabout, but we weren’t getting Søren off that bike for love nor money! 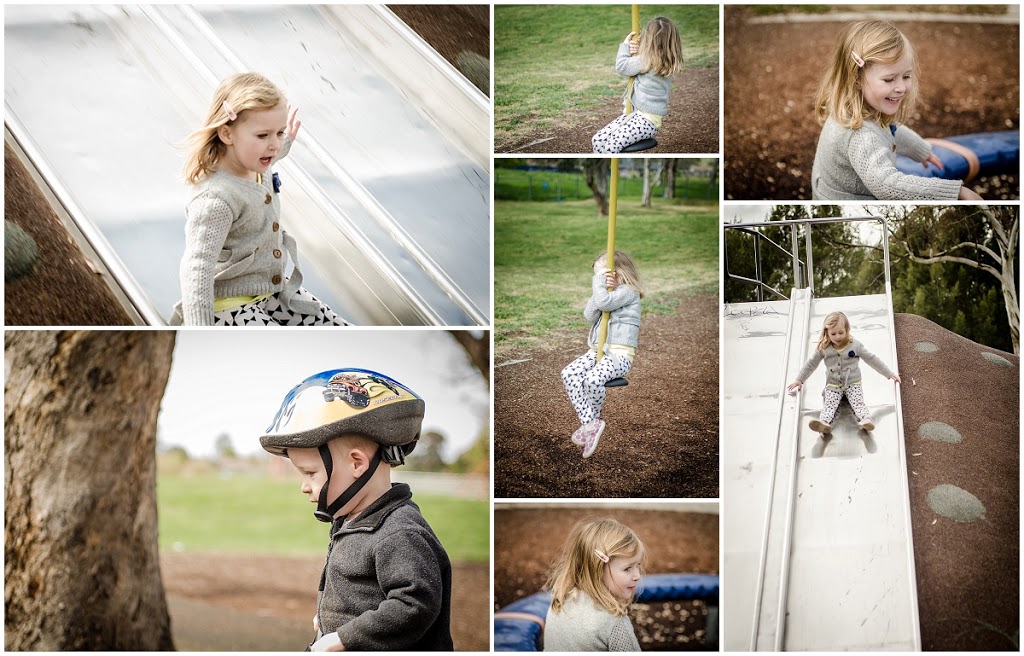 Eventually, Anto turned up (as did our coffees) and we had a picnic morning tea of fruit salad, cheese and birthday cupcakes.  With a tonne of birthday baking for the upcoming party I had let the kids loose on the cupcakes for the morning tea, and they had decorated them with raspberry icing, half a kilo of sprinkles and sugar dinosaurs!  Søren looked slightly perplexed as to why we were all singing to him……… 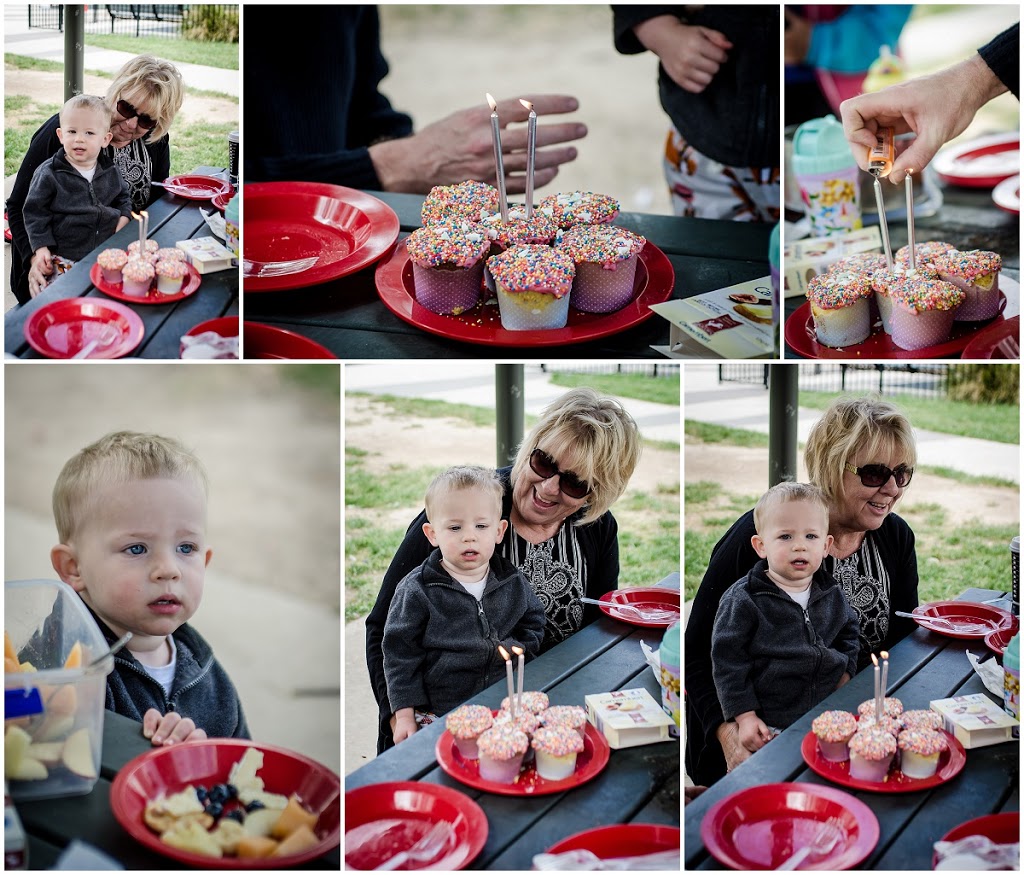 But he definitely knew what to do with the candles, and the cake! 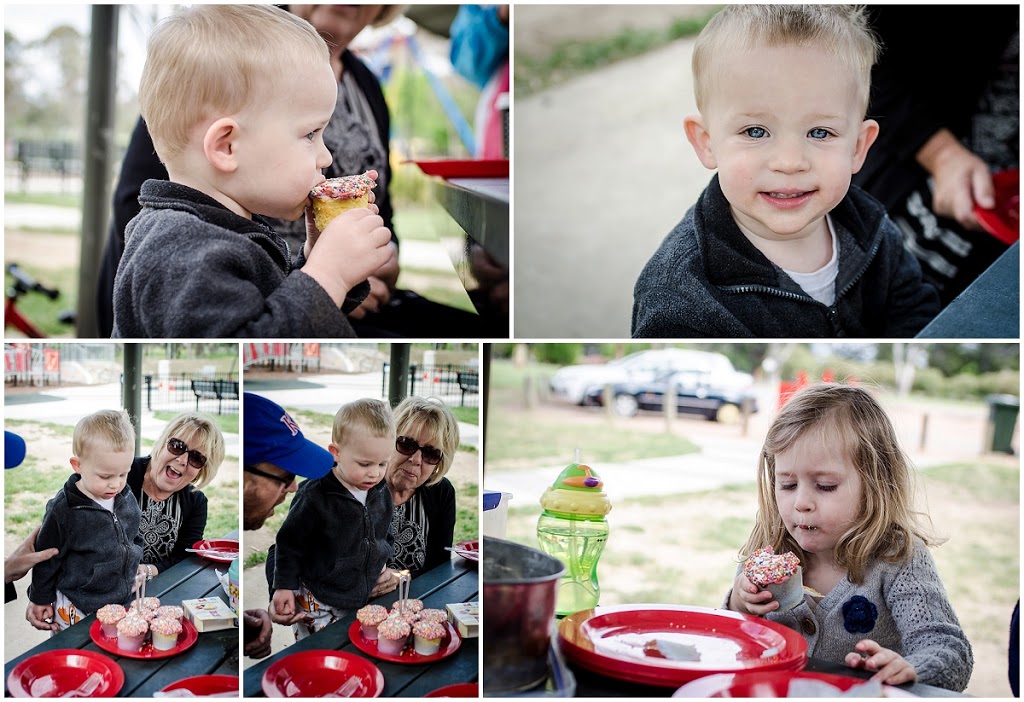 It was soon time to bid farewell to Dad (who had to get some work done).  First though  Søren had to show Dad his new ride! 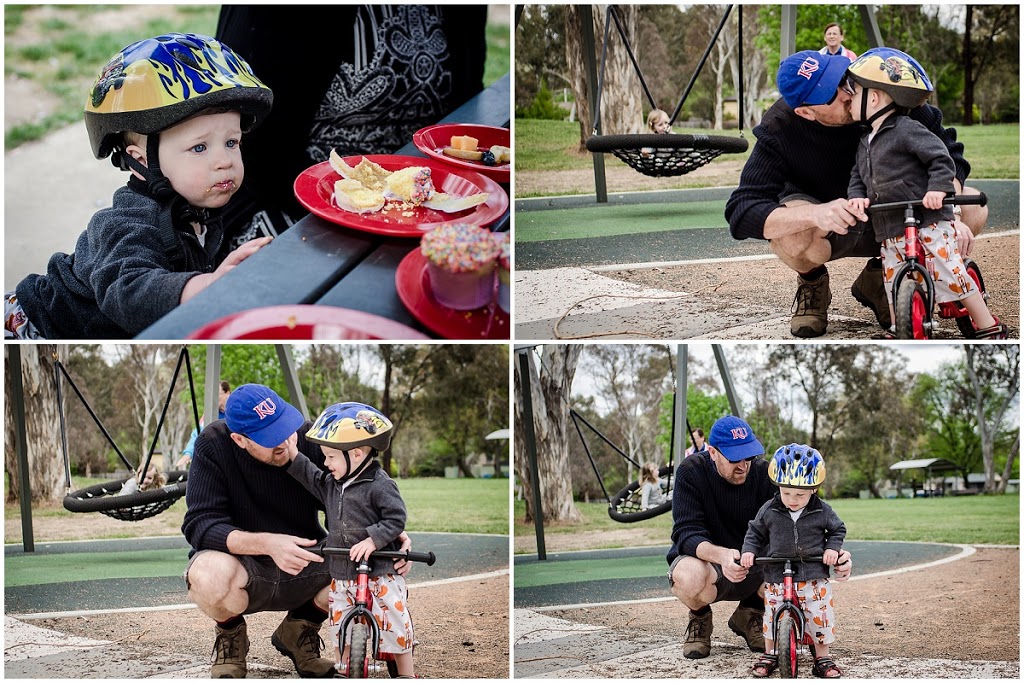 Normally cake is Søren’s favourite thing. Such was his love of his new bike that it he would do ride by’s for the odd bike of cake, not letting the bike out of his sight. We eventually convinced him to have a play on the equipment and slide, but Granny had to dutifully carry his bike around so it was never far from his sight. 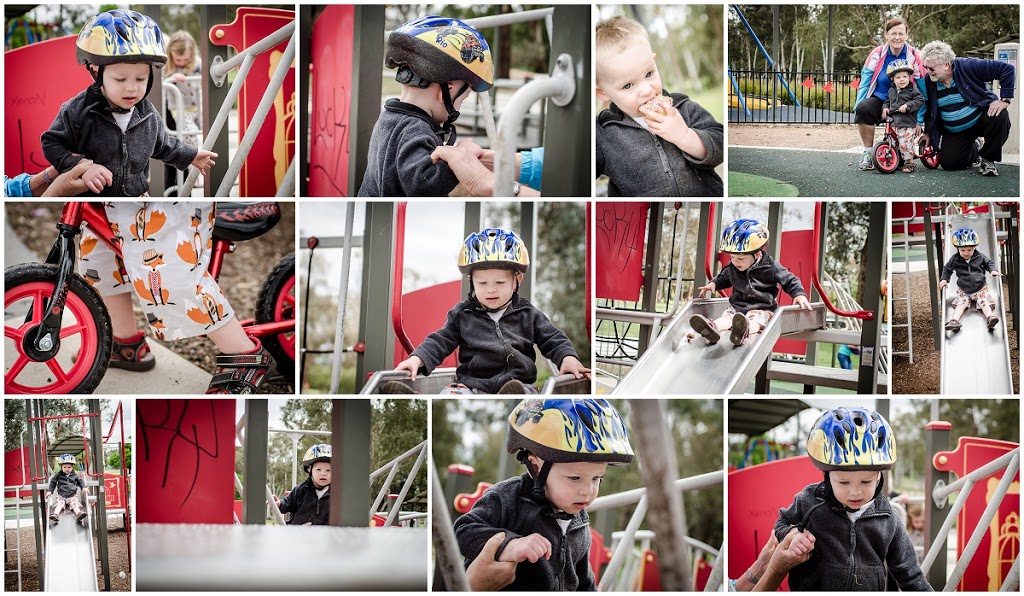 Much to his annoyance (and not before a crash that resulted in yet another skinned knee) we had to drag Søren and his bike home for a nap.  I’m somewhat surprised he didn’t demand it went in his cot with him!

After his sleep, Søren awoke to another pile of presents (courtesy of Granny, Nan & Pa and Aunts and Uncles).  He was straight into the opening…….  The books and large red puzzle dinosaur were a hit.  Anto got the joy of putting that one together!

The afternoon was spent playing with all his presents from the day…. let loose on duplo and dinosaur tails he even forgot about the bike temporarily.

It wouldn’t be a birthday without dinner out. The kids favourite local restaurant is Kusina, a Filipino restaurant that we seem to end up at for pretty much every birthday dinner! The food is great and the kids love it so it’s always a winner with us.   Søren was all of a sudden looking so grown up and very cute…..

A feast was had by all….. there is never a shortage of food, and it was tasty as always.  The kids finished their meal off with their kids meal icecream but the adults were too stuffed to even contemplate dessert (one day I’ll actually have room to try one of their desserts!). 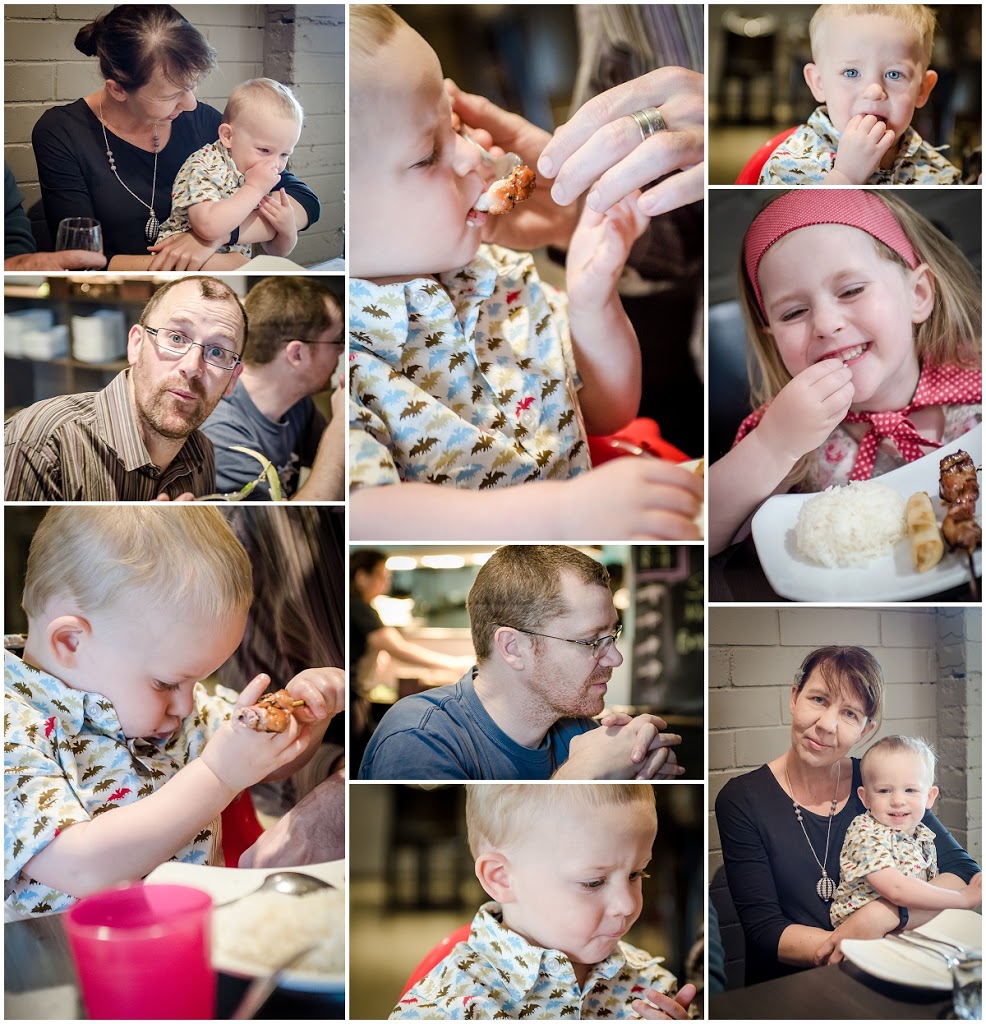 It was kiddy bedtime, but before the days festivities there was time from one last present from Uncle Mikl.  Master Søren did seem impressed with headphones, hopefully they will keep him entertained on the long flights and train trips over December and January! 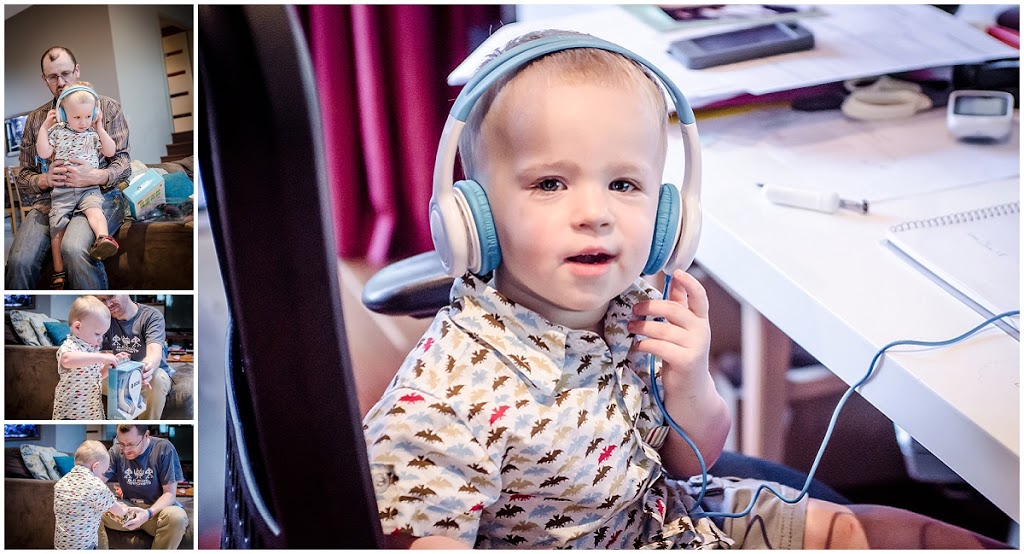 A tired but happy two year old did not take long to go to sleep that night.  We were wondering if the next day, being a regular day without presents and cake, would be a let-down. Seemingly a few days of non-stop baking (and taste-testing), bike riding and party preparation made the first week of being two pretty good!