We all woke up a bit grumpy. Anto has a cold and Astrid’s teeth are bothering her. Neither got a good nights sleep. Nic was just disturbed by the both of them. Since we were all a bit tired, we decided to have an easy morning.

After breakfast we headed down to Jardin Des Halles for a play. This morning there were no other kids in the park, much to Astrid’s disappointment. The equipment was all wet, but we came equipped with a tea towel for wiping things down, so Astrid didn’t get too wet. It didn’t stop her from finding all the puddles though. 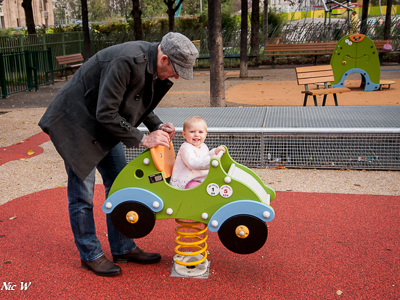 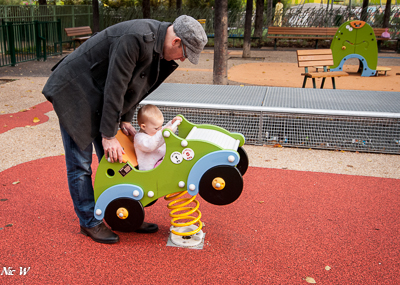 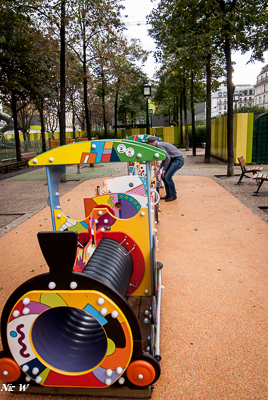 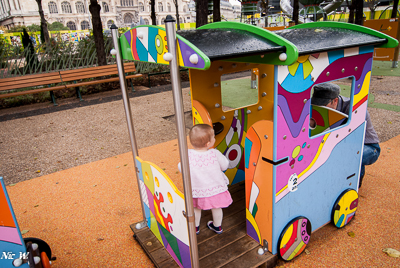 After a play we headed to a cafe for our morning coffee and treat. Today we decided to outsmart the food thief and ordered both a croissant and a Tarte Fromboise. I think Astrid still got 80% of the croissant and a reasonable portion of the tart.

Bellies full, we wandered back to our street and did some food shopping and picked up some supplies for the apartment. We obtained our daily baguette and mulled over which patisserie items we ‘had’ to try over the next few days. Even if we were here for a year we wouldn’t get a chance to try everything, so it’s important to plan.

After Astrid’s lunch time sleep and Anto’s nap, we decided to head to Sacre-Coeur. Although it’s only a few kilometres, we caught the metro to save our legs for the hill. It’s not much of a hill but it’s the only one in Paris, and looks rather large compared to the flatness all around. Sacre-Coeur Basilica is located at the summit of the butte Montmarte, the highest point in the city. It is a major tourist attraction, and there are people and annoying street vendors/scam artists everywhere! The Basilica is very impressive standing on top of hill. The seemingly million steps up are also impressive, but it’s worth it for the views as you ascend. 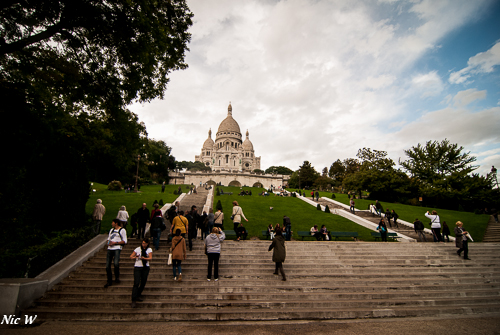 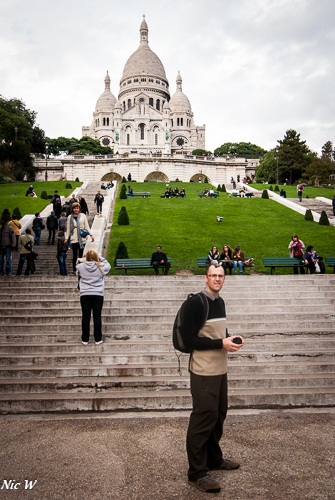 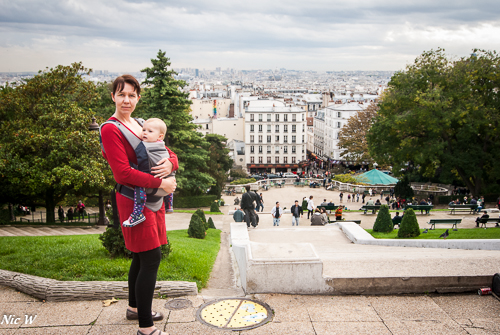 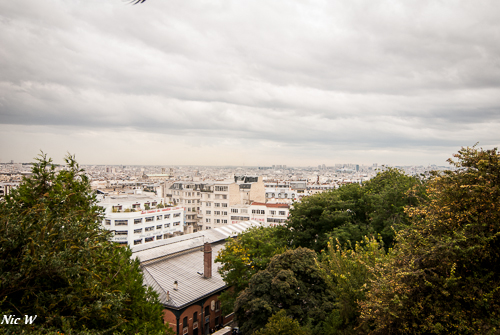 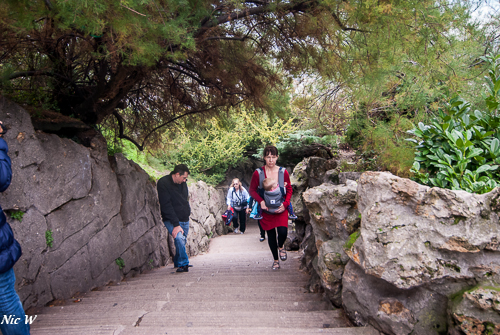 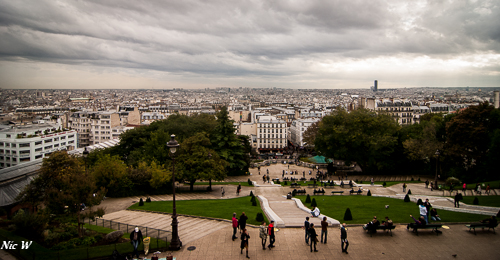 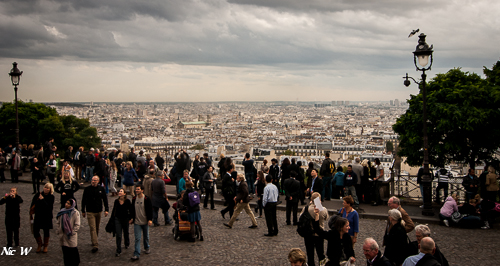 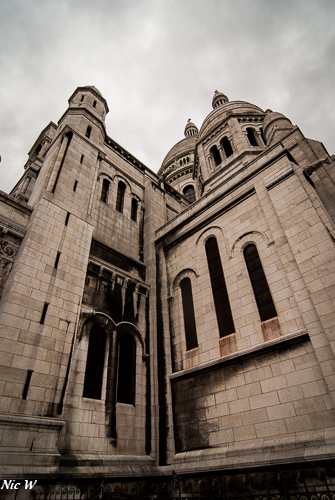 We could have been lazy and caught the funicular to the top, but that wouldn’t have been as much fun as trudging up all the steps with an Astrid strapped to your chest. At least it made me feel less guilty about all the pastries we had been eating.

We did go into the basilica. Unfortunately photos aren’t allowed inside, which was a shame as it was quite spectacular. Here is what it looks like:

Despite the signs everywhere reminding people it is a place of worship there was still plenty of opportunity to buy tacky souvenirs inside the basilica. We resisted any urge to do so. Unsurprisingly the line for the funicular ride down the hill was much shorter than the line for the ride up, but we decided to again take the stairs. We saw some impressive young men participating in their daily workouts carrying each other up the steps. They deserve lots of pastries for that effort!

At the base of the steps there is a carousel and we promised Astrid a ride on the ‘horsies’. It was her first ever carousel ride and she seemed to enjoy it. Waving to her dad every time we went around and jumping up and down on my lap to make the horsies go faster. I’m sure she can experience more carousels at other Paris tourist traps, later in our trip. 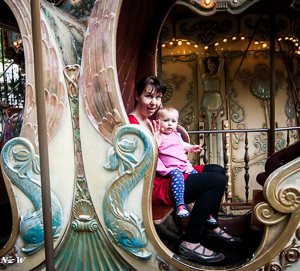 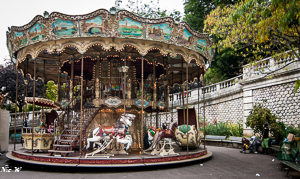 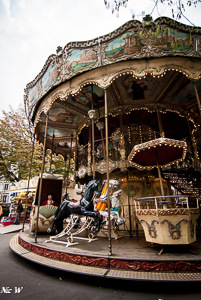 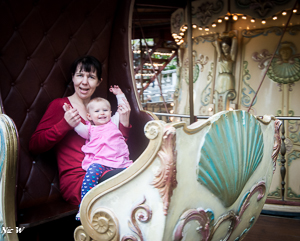 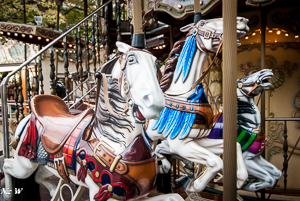 We decided to walk back to our apartment, since it wasn’t too far and was at least partly down hill. Despite the forecast for the day being 21 and partly sunny (we never saw the sun), we got rained on quite heavily as we walked back. It was the first time we got properly soaked, and it was a little unpleasant and ruined an otherwise nice walk. Aside from the fact that the weather forecasts here are generally a work of fiction, the forecast for the next few days is warm and no rain. The 20ish degree temps predicted make a nice change from the 7-9 degrees we had last weekend. We are hoping to get some more sightseeing done while the weather remains (hopefully) nice.