Our Monday in Paris was planned to be a leisurely day, with more eating and more sight-seeing, all hopefully without battling the weekend crowds.  The kids slept in  until 8am which was a pleasant change, and we all woke up to a beautiful sunny day.  It is a rare treat seeing clear blue skies in a Paris Winter!

We had a quick breakfast in the apartment and ventured out around 9am. Our first stop of the day was to be Jardin du Luxembourg.   The Jardin du Luxembourg, or the Luxembourg Garden, located in the 6th arrondissement of Paris, was created beginning in 1612 by Marie de’ Medici, the widow of King Henry IV of France, for a new residence she constructed, the Luxembourg Palace. It covers 23 hectares and is known for its lawns, tree-lined promenades, flowerbeds, the model sailboats on its circular basin, and for the picturesque Medici Fountain. We visited Jardin du Luxembourg several times on our last trip to Paris, and Astrid always enjoyed a run around the enormous grounds and chatting to the ducks.

It was a reasonable walk to Jardin du Luxembourg so we opted to take a couple of metros and save our legs. As we walked from the metro station we passed the Odéon-Théâtre de l’Europe, which is one of France’s 6 national theatres. We also spied the Pantheon in the distance, and figured we might walk past that after our garden visit.

As it was mid-morning on a Monday, in Winter, Jardin du Luxembourg wasn’t particularly busy, but there were still plenty of people around, enjoying the beautiful sunshine.  Despite multiple visits to this park, this was the first time we had ever seen it in sunshine!  The ponds looked lovely glistening in the sunshine, and the ducks seemed pretty happy with the weather too. 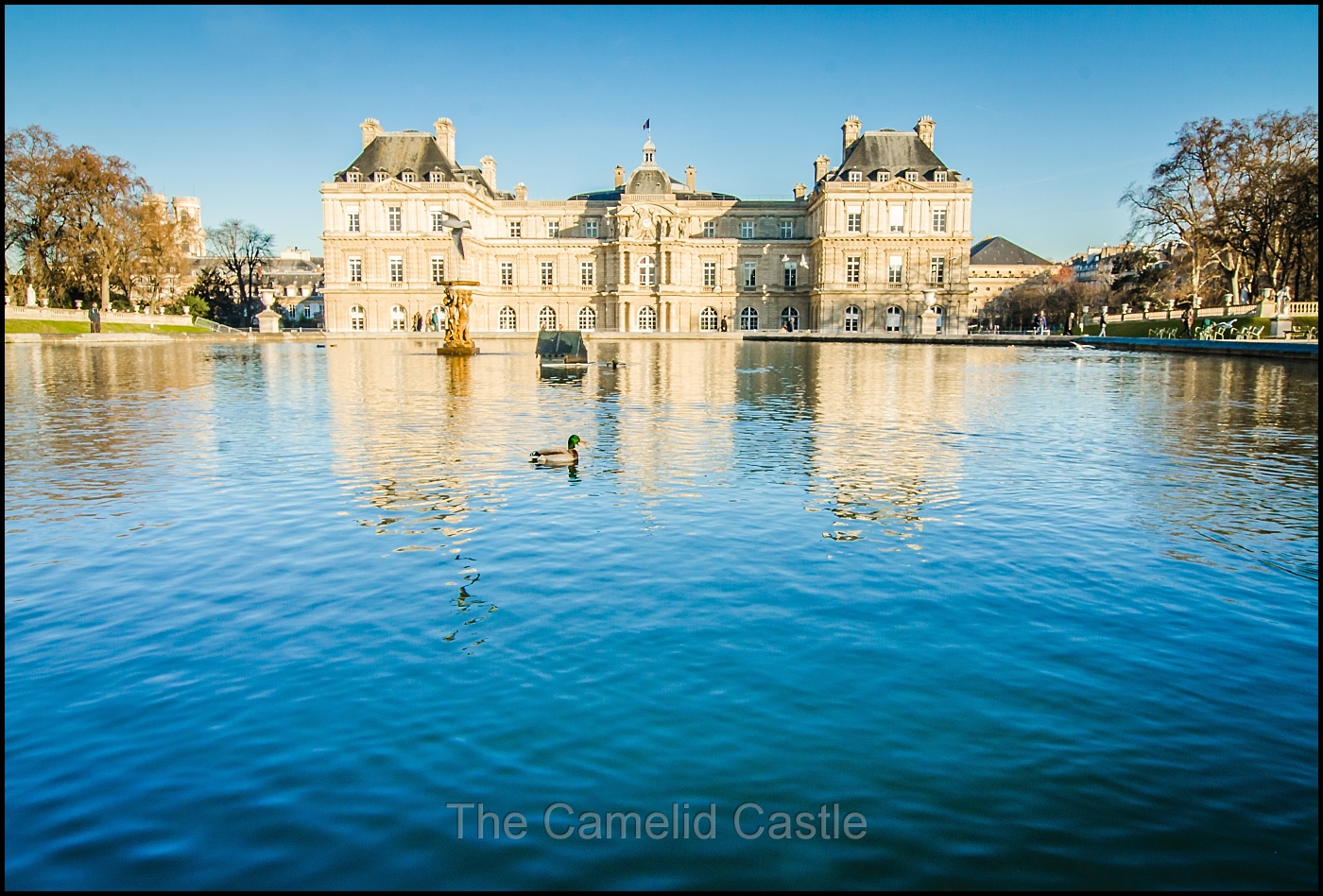 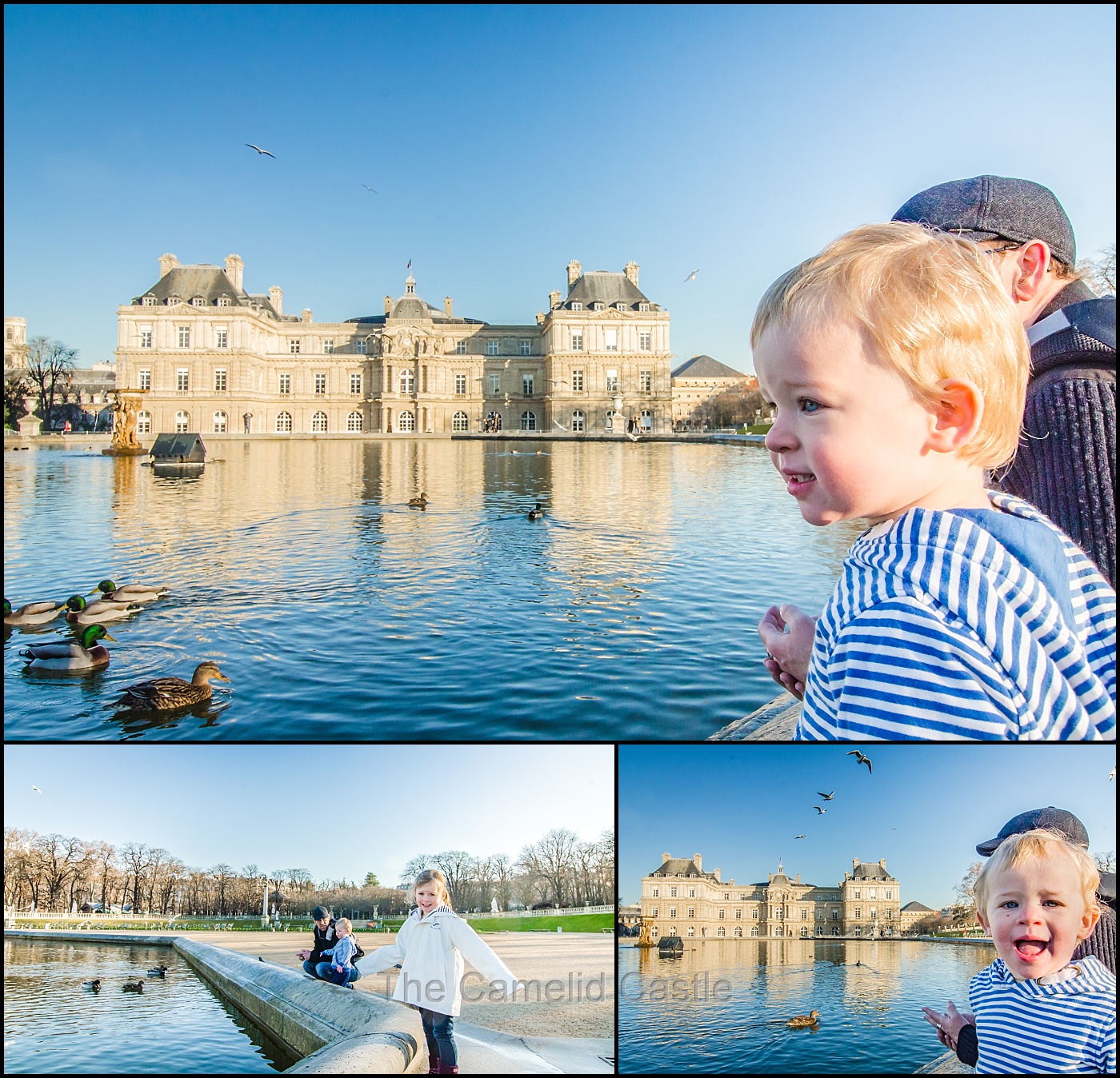 Despite it being mid-Winter, the park actually looked greener, and there were more flowers, than on our previous visits during Autumn and early Winter. 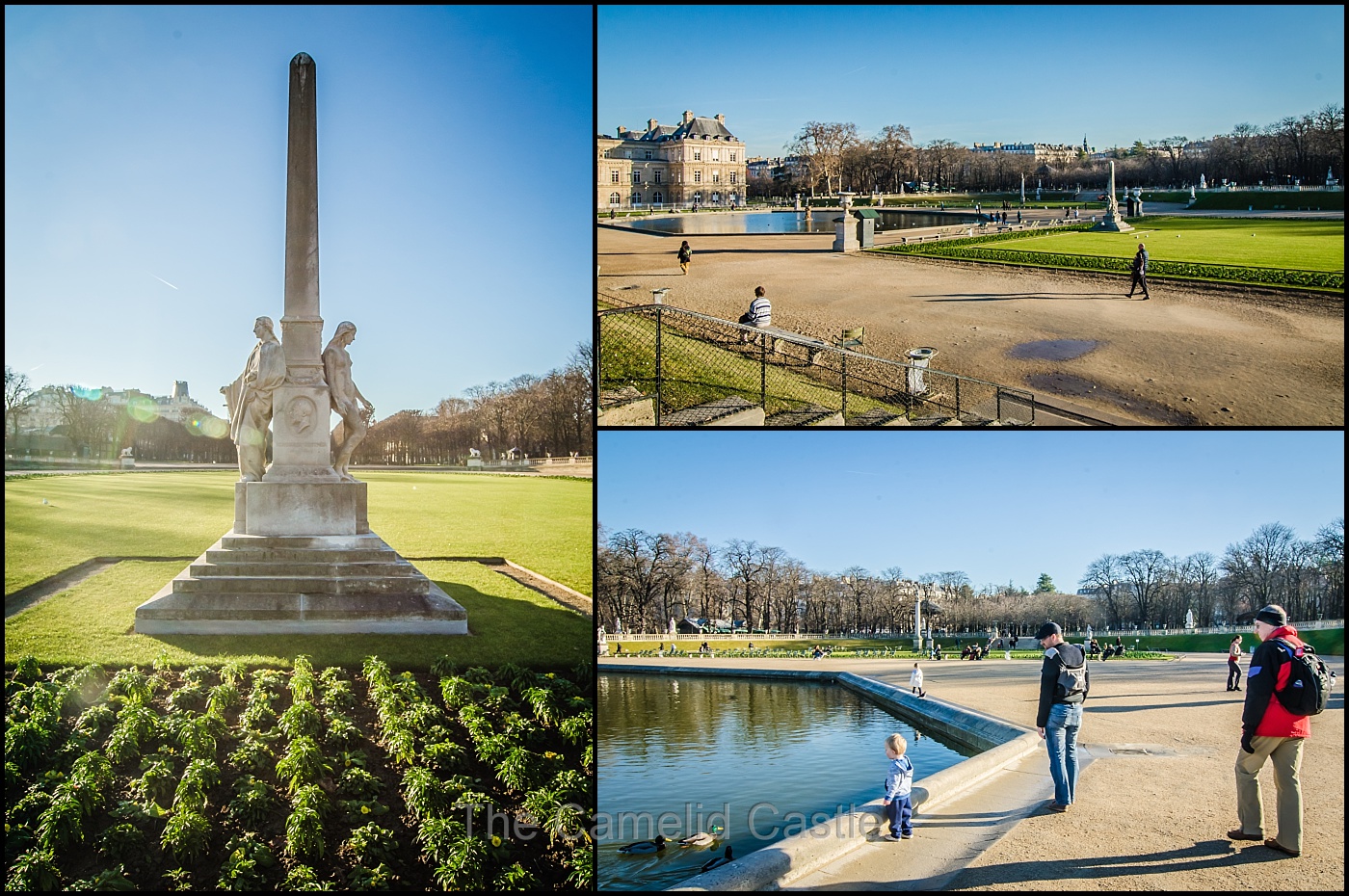 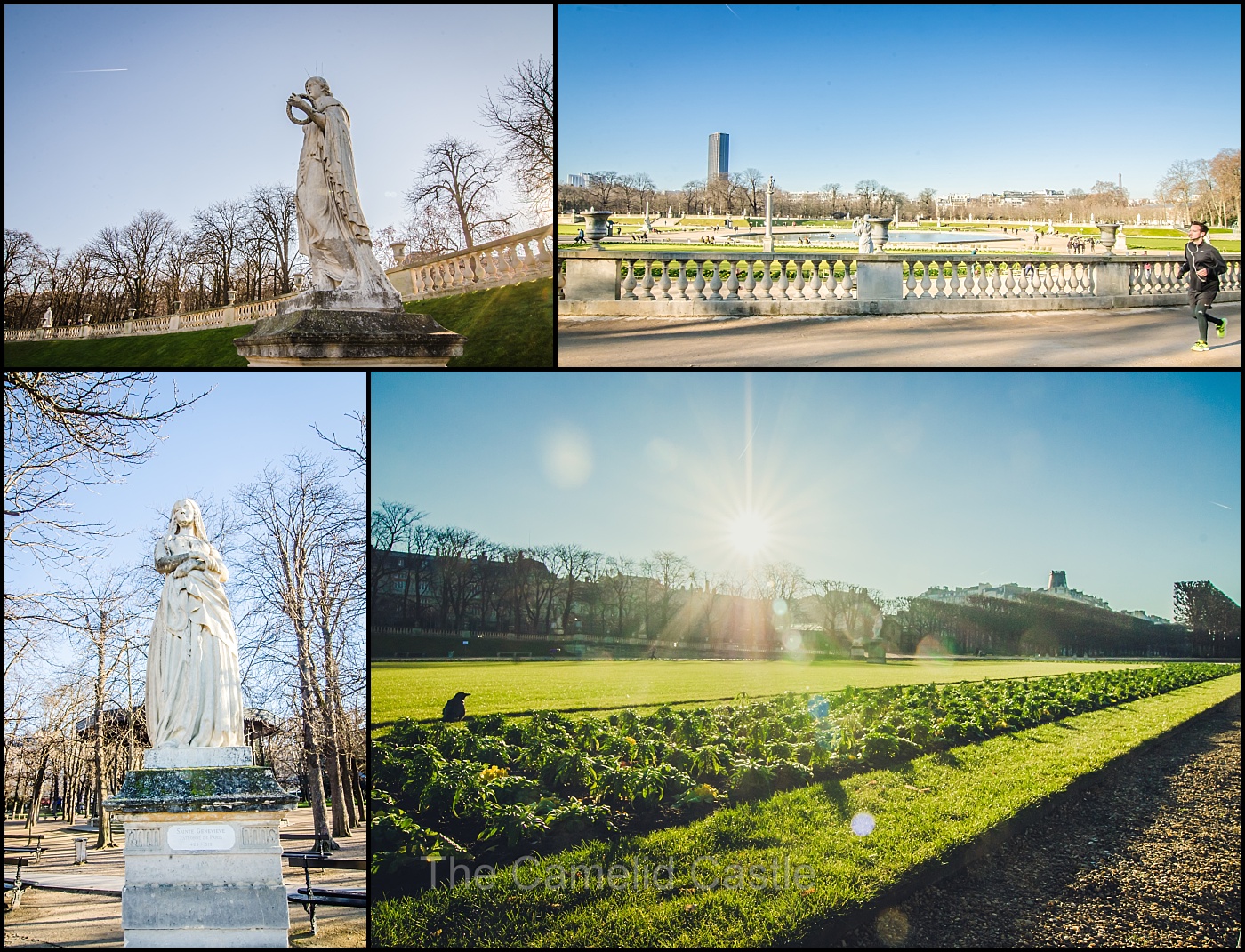 After the kids had a good run around we decided to wander over to the play park.  There are a couple of quite large play areas within the main park.  You have to pay to get into them, and on our 2012 visits, the equipment looked a little too old for Astrid.  Once we got to play area this time, we noticed it had been totally upgraded since our last trip and looked like both kids would enjoy it.  It was pretty quiet in the park, so decided to pay the small fee and take the kids in for a play.

Soren was obsessed with driving all the play trucks, and Astrid had a wonderful time climbing all the different pieced of  equipment.  They both loved the slippery dips and had a good play for around an hour. 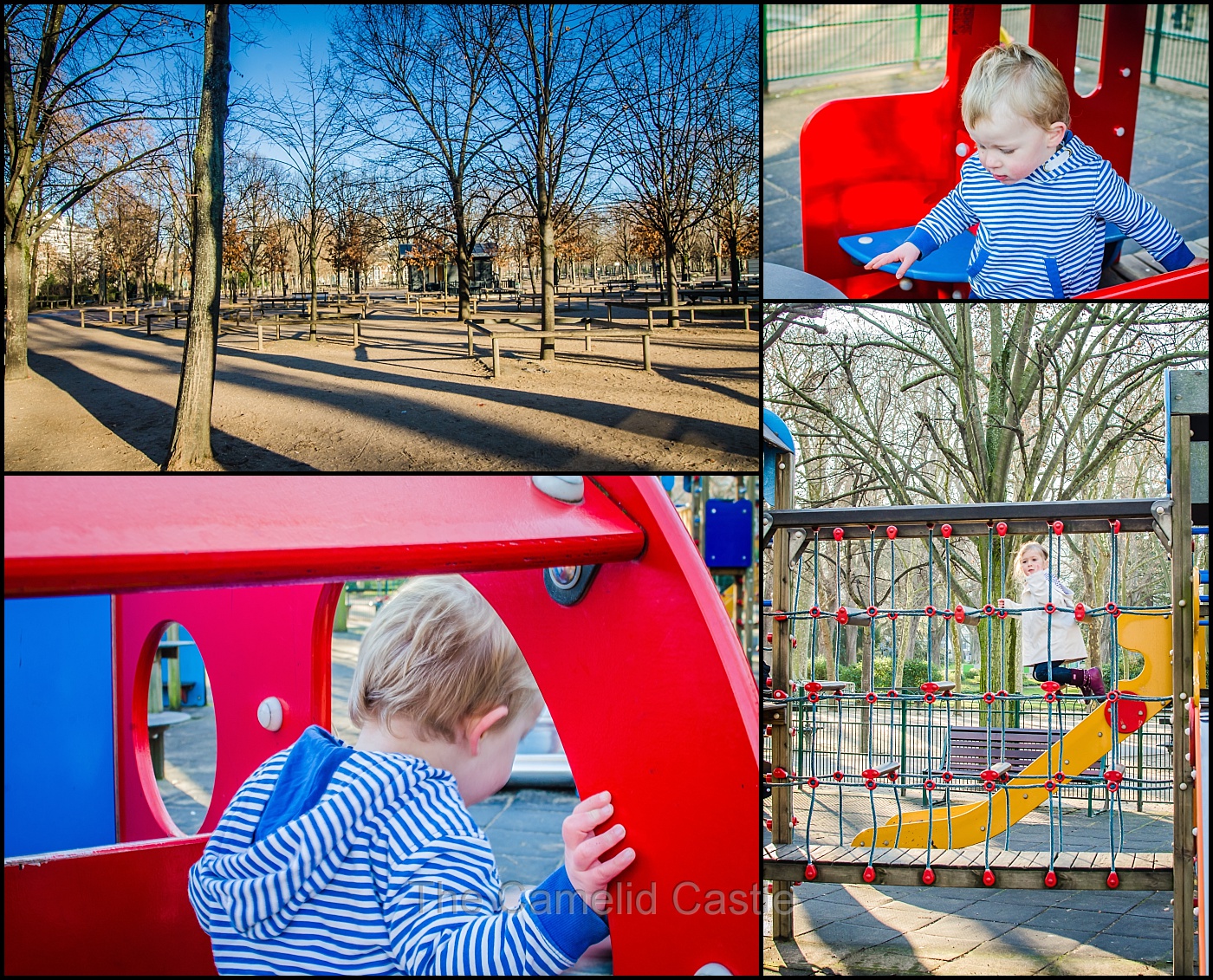 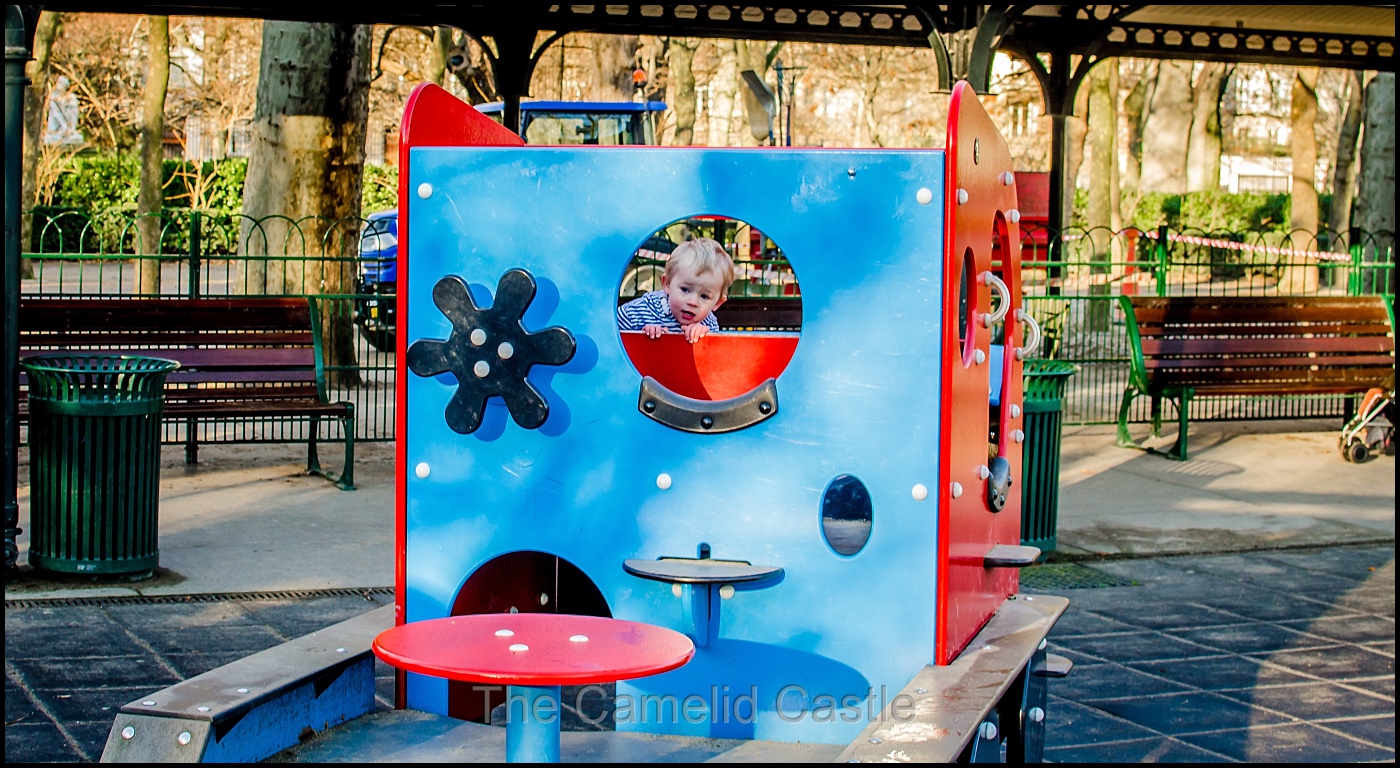 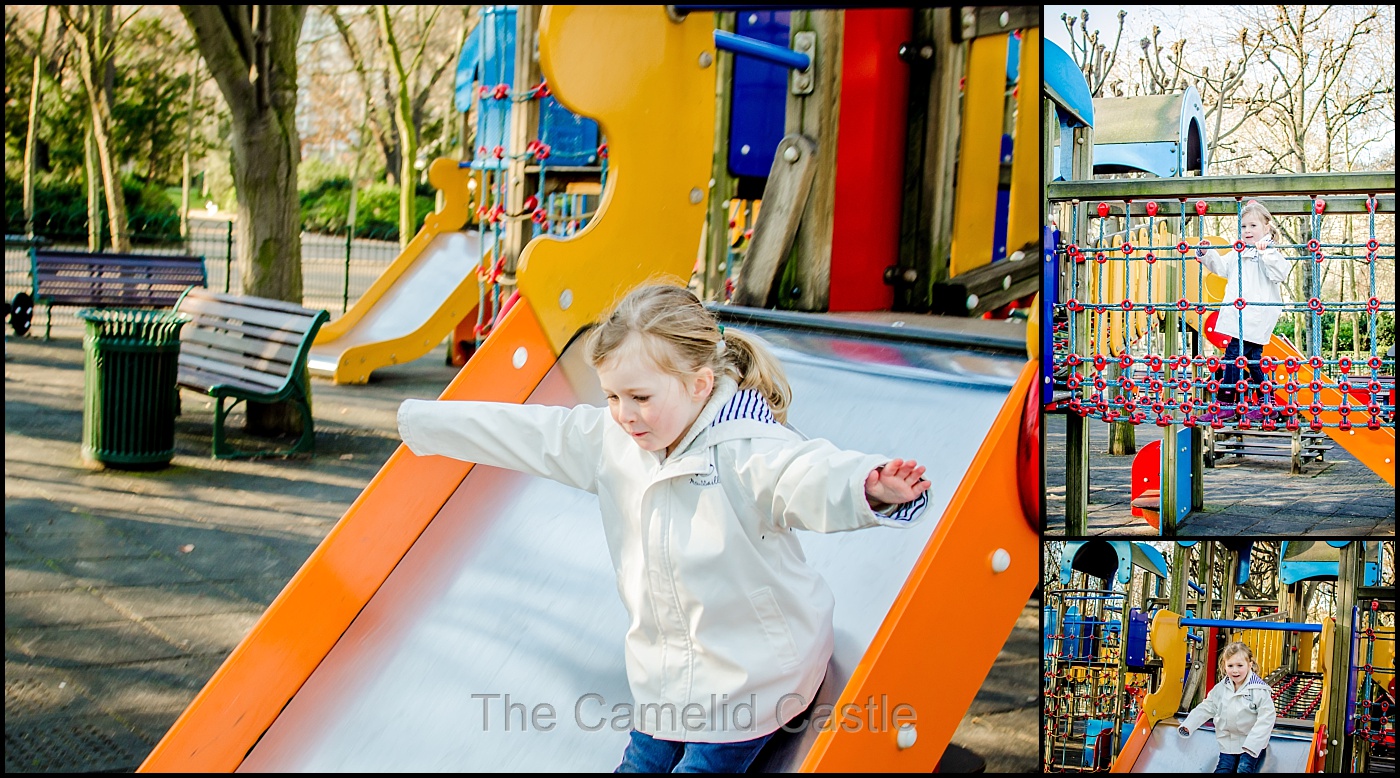 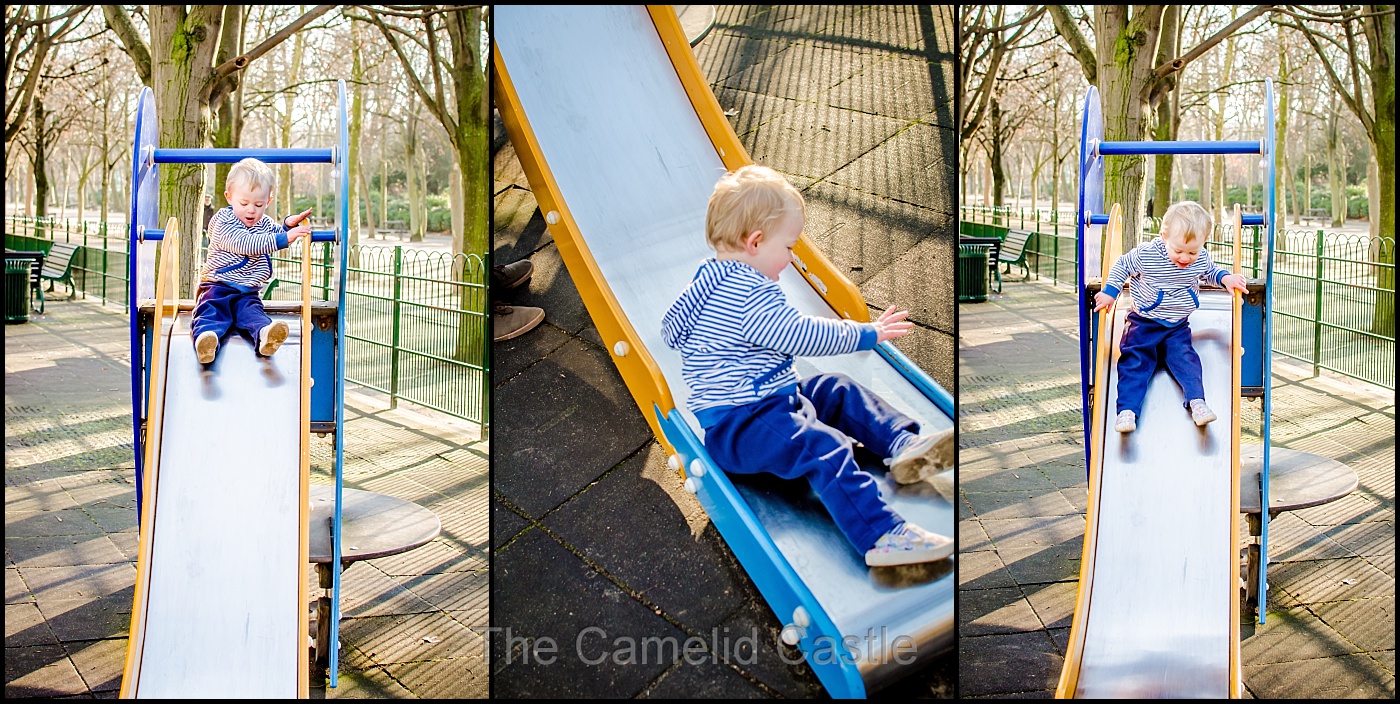 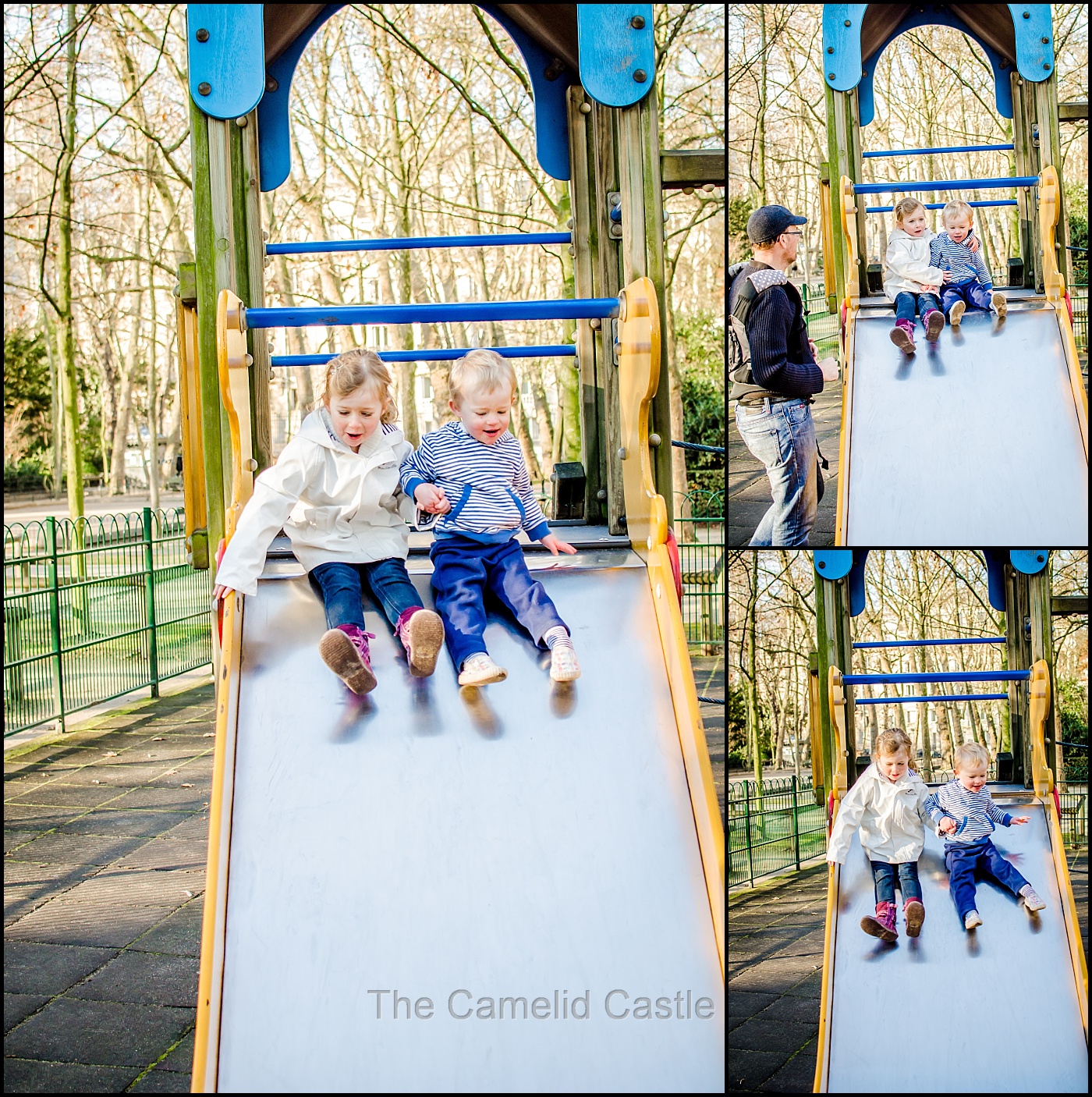 We eventually extracted the kids from the park (much to their annoyance), and feeling a bit hungry we felt like a morning snack of crepes (we had been in Paris 3 days now with no crepes!).  As it looked convenient we went to one of the cafes within the park.  It turned out to be a bad move as they were the worst crepes we’ve ever had – dry and tough.  Apparently it is possible to get bad crepes in Paris!

While Anto was finishing his average Paris coffee, we had a little walk around in the sunshine checking out the gardens and ponds.  We noticed several areas were fenced with guards patrolling, presumably as a result of the recent terrorist attacks. We had been able to walk around these areas on all our previous visits. 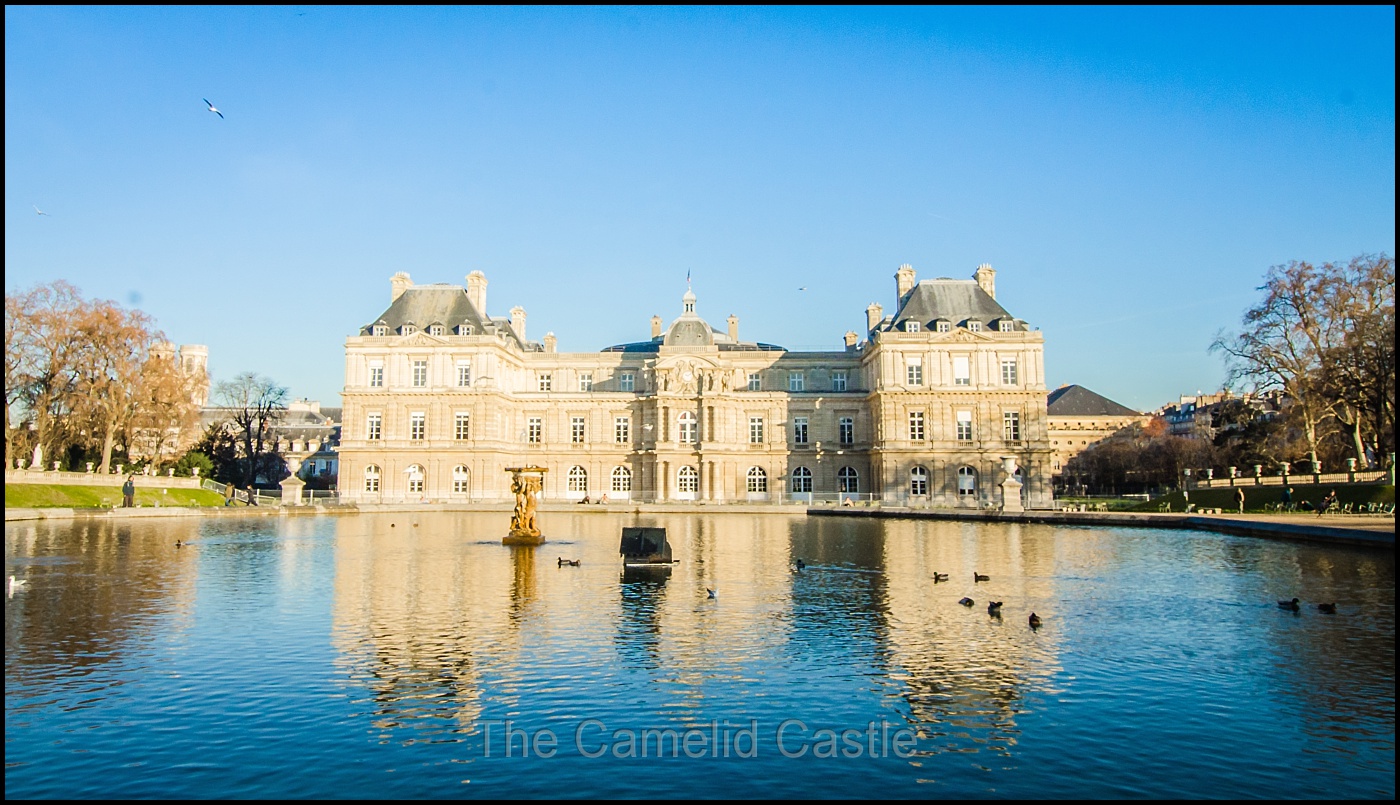 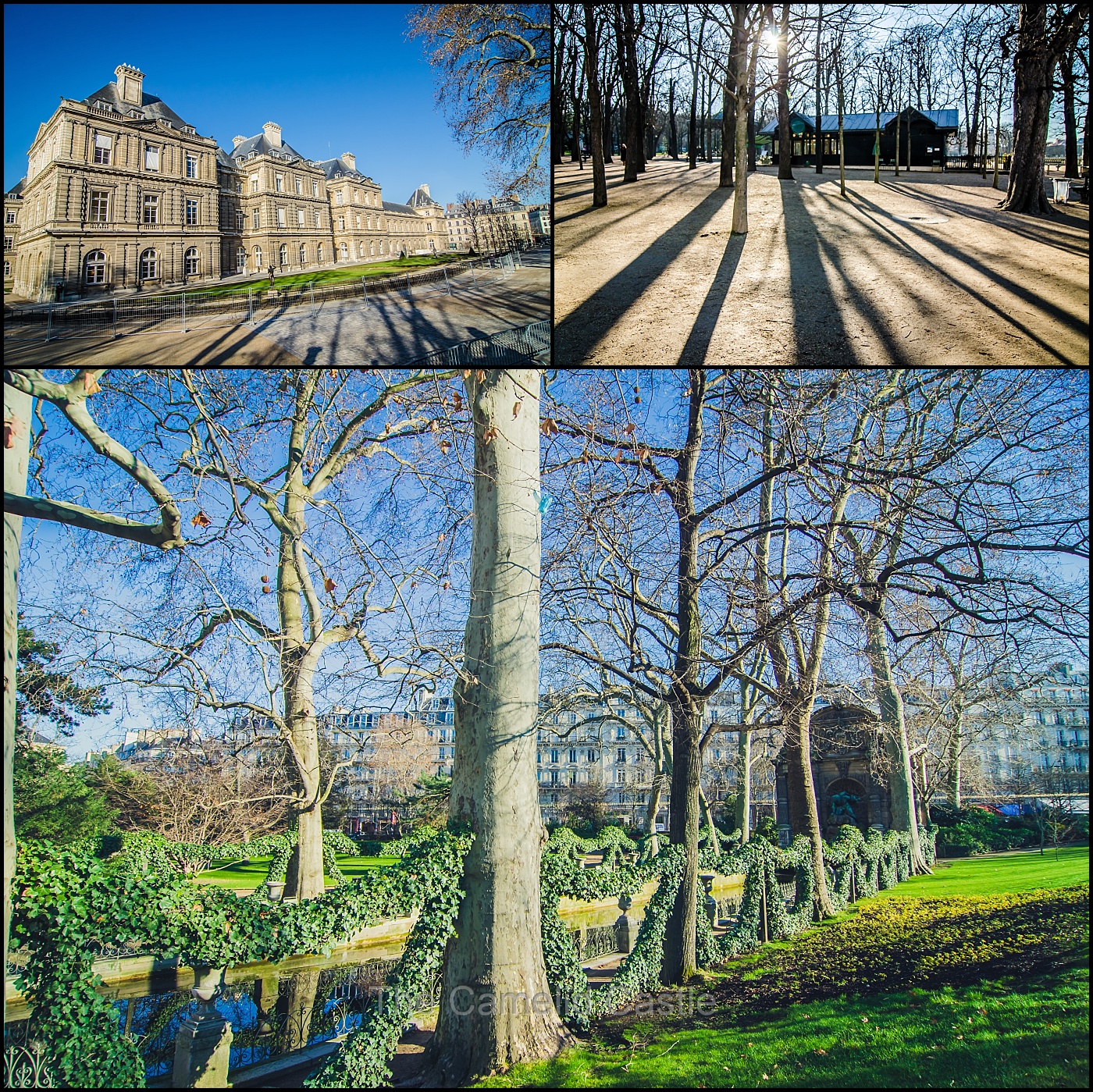 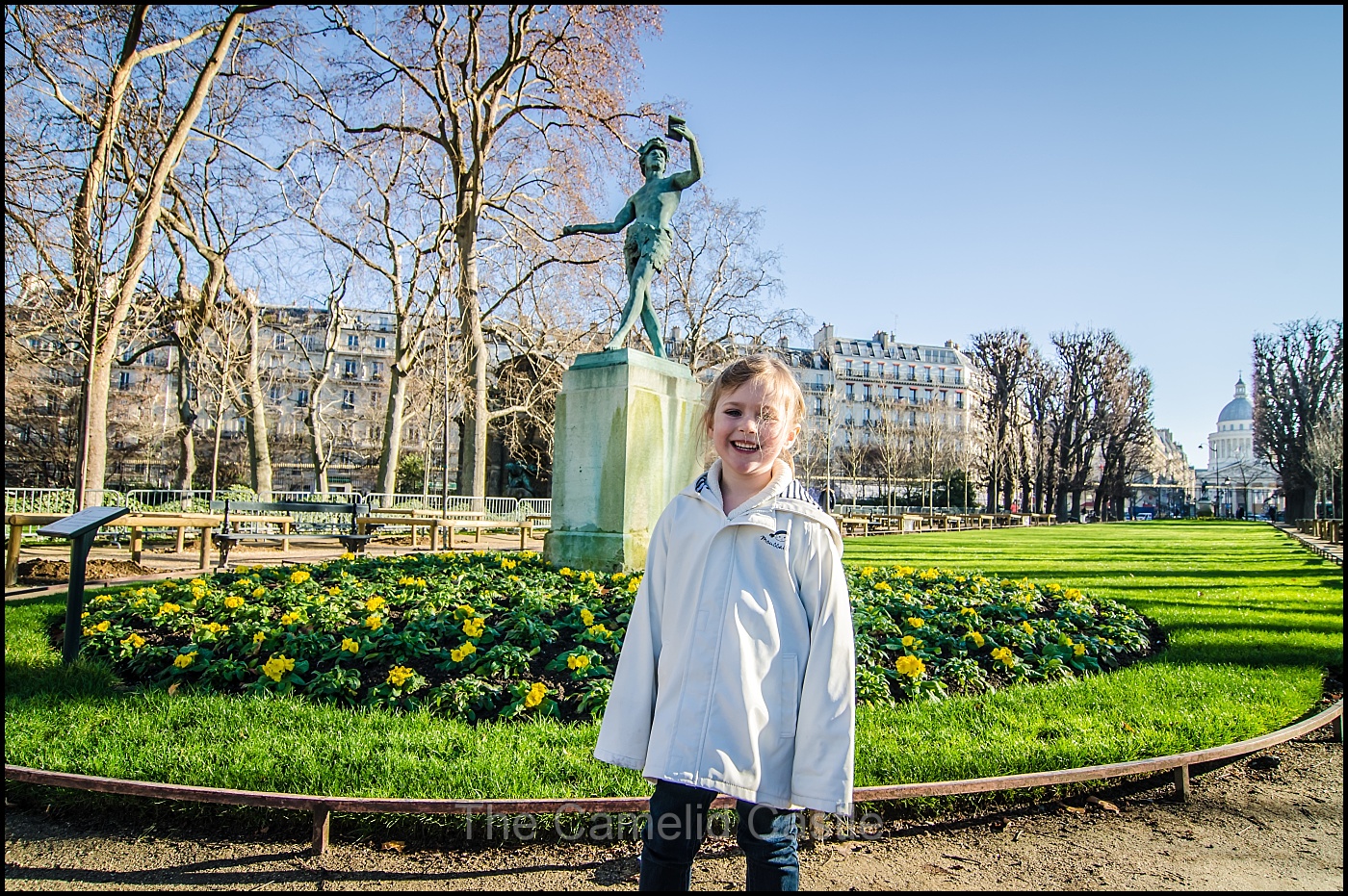 As we exited Jardin du Luxembourg, we of course found the streets lined with acceptable looking cafes, that probably would have produced us much nicer crepes. Oh well, lesson learnt there.  We vowed to make sure we had some decent crepes before leaving Paris, as we couldn’t let those be the last crepes of our holiday.

We headed towards the Pantheon, as Anto and I had realised that in all our time in Paris, we had never actually visited the famous building. The Pantheon Paris is a building in the Latin Quarter of Paris, France. It was originally built as a church dedicated to St. Genevieve, but after many changes now combines liturgical functions with its role as a famous burial place.  Today it was a popular spot to enjoy the morning sunshine.  We decided not to go in, but at least has a look from the outside.  The Pantheon is on a slight hill so actually overlooks much of Paris. 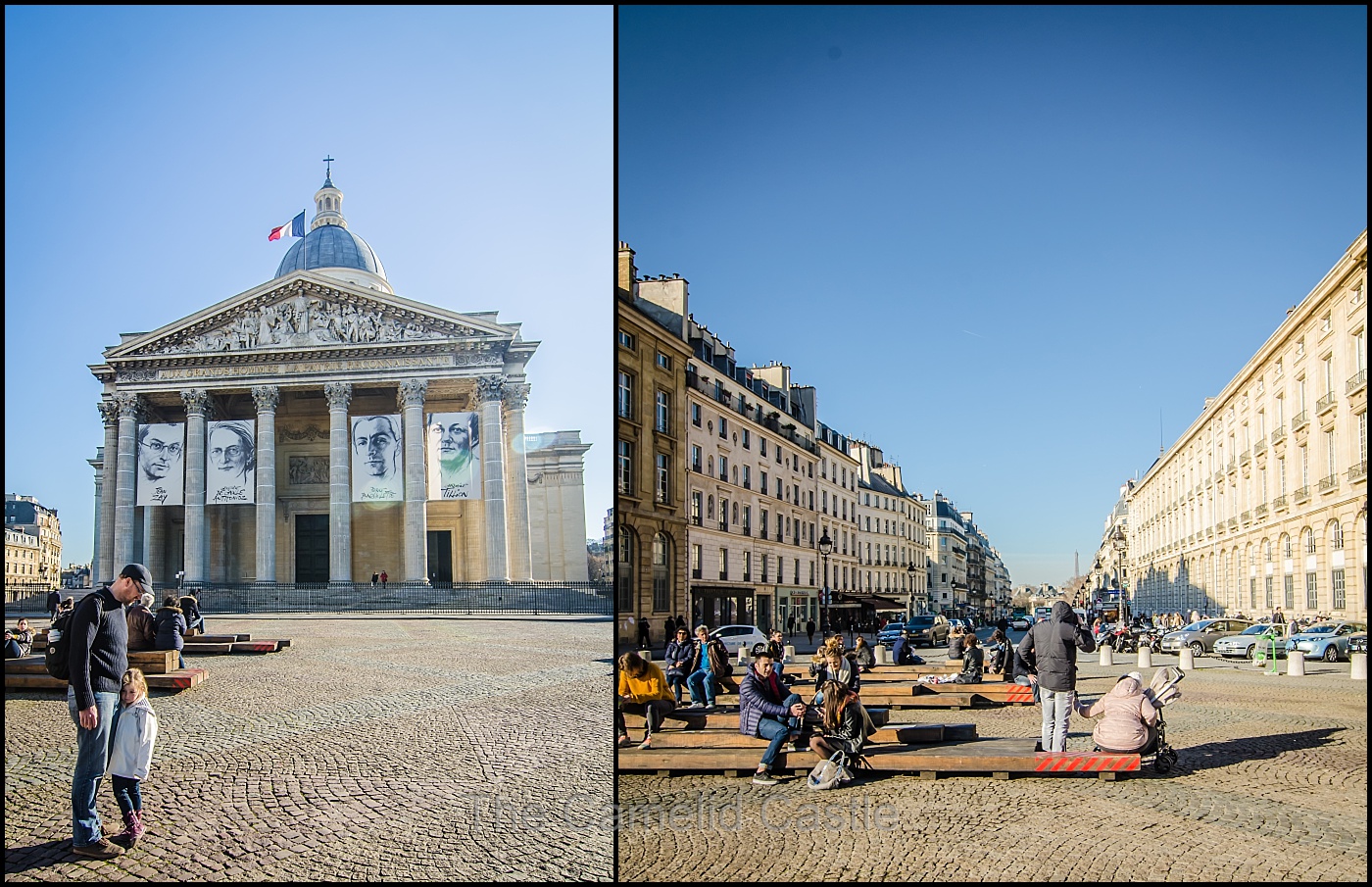 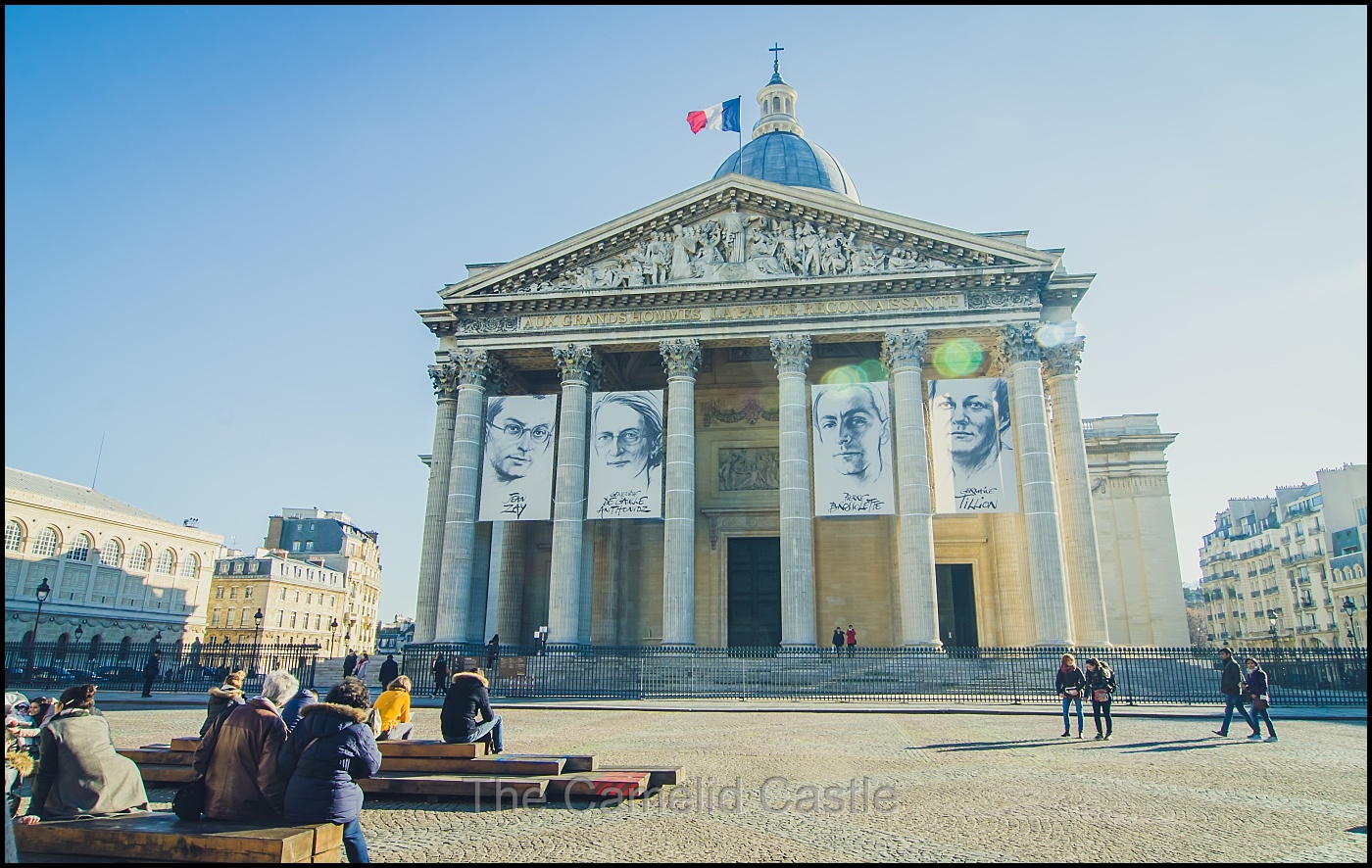 From the Pantheon we walked through the Jewish quarter and down past the Seine. It was beautiful and sunny and so much more pleasant than our walk along the river on Saturday. It was also far less crowded! 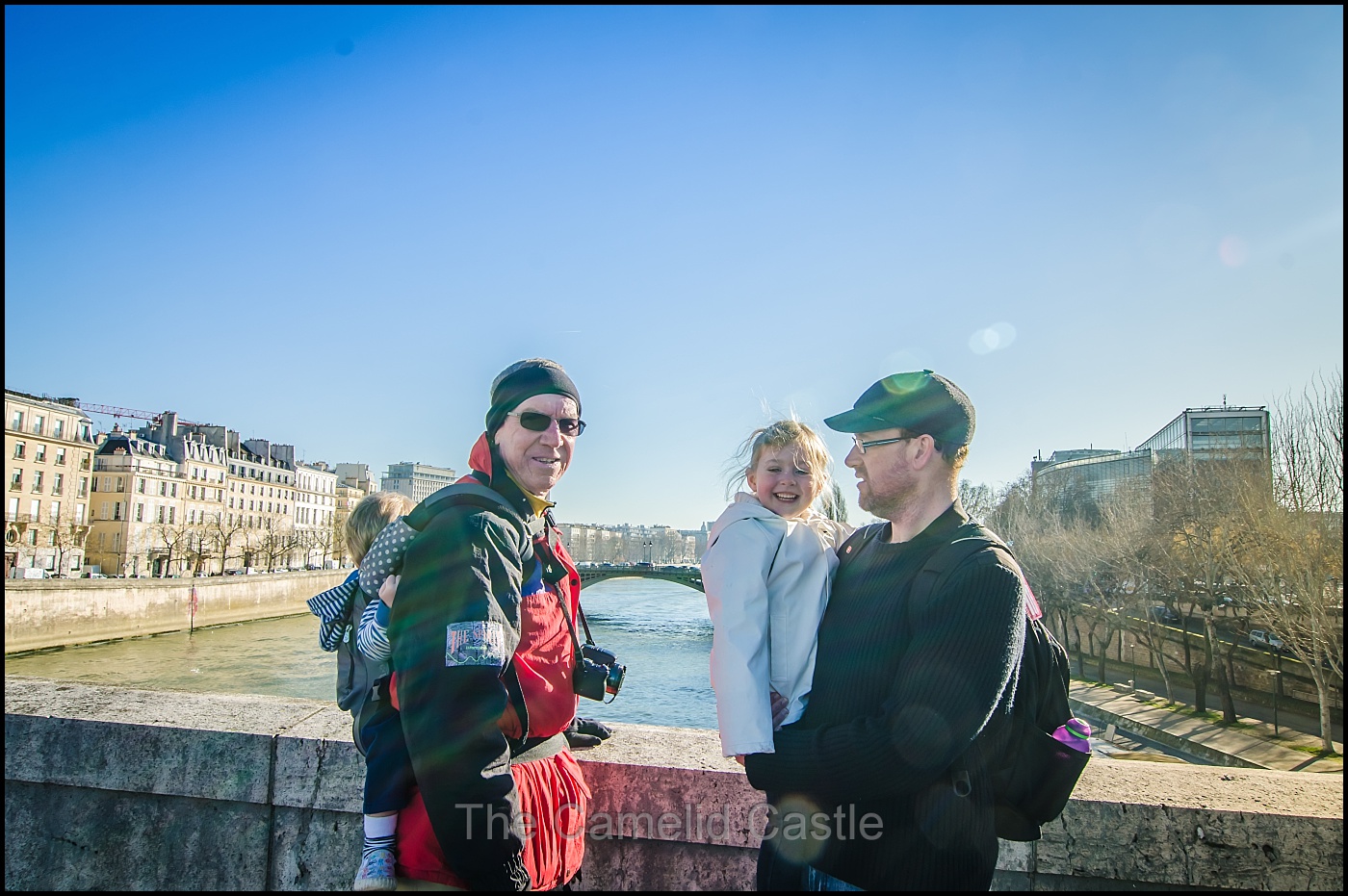 Our plan for lunch was to visit the amazing falafel place – L’As du Fallafel – that we discovered the last day of our previous Paris stay.  It’s a very well-known falafel restaurant in the Jewish quarter, and we had been hanging out to go back.  It was approaching 12pm as we made it to L’As du Fallafel, and already the lines were starting to grow.  Some of the staff were out the front for crowd control and asked us if we’d like to eat in as there were a few spare tables inside. We figured this would be a nice change, and a much easier way to eat the enormous falafels.

It’s a pretty low frill establishment and most people get their falafel and schwarmas to take away, but it was also pretty popular to eat in with big groups. Anto and I decided to again go for the amazing vegetarian falafel. Alan had a lamb schwarma and the kids shared with us and also had some hommus and warm bread. It was just as good as we remembered and pretty soon we had full tummies.

As the kids were in need of a rest, we walked the couple of kilometres back to the apartment, but of course they were not keen on resting, despite being exhausted.  After awhile it was obvious we were losing the sleep battle, so we figured we might as well make the most of the lovely day and do some shopping.  As we had been moving luggage so frequently, we’d hardly bought much at all as it we didn’t want to be carrying it.  Now on our second last day, some shopping was definitely in order.

Alan decided to skip the shopping expedition and have a rest, while Anto, and the kids and I headed back down towards our favourite shopping centre, BHV 0r Bazar de l’Hôtel de Ville. It is situated opposite the Hôtel de Ville and is a member of the Galeries Layfaette groupe of shopping centres, but was not quite as upmarket (read unaffordable) as the main Galeries Layfaette store.

Again we noticed an increased security presence, with security scanning everyone who walked in and out of the shopping centre.  As usual it was insanely warm inside the building, so we had to strip off our extra layers.  Soren quickly got bored with the shopping and napped on my back in the ergo, and since I now had next to no clothing on, I wasn’t in a hurry to go back outside.  Luckily for us the end of Winter sales were in full swing and we stocked up on stuff for the kids, stuff for us, and a few presents to take home.

After a couple of hours of shopping we wandered back to the apartment to pick up Alan and head out for an earlyish dinner.  It was only 5pm but we wanted an early night as we were flying back home the following night.  We again went over to rue Montorgueil and actually managed to get a table at Le Pain Quotidien, a Belgian eatery that was a couple of doors down from our former apartment.

I had a vegetable pot with couscous and harissa. Anto had a 3 bean chilli, with sour cream and avocado. Alan had a chicken curry, and the kids shared a ham and cheese plate.  We also had a little French wine and Belgian beer.

Despite the desserts at Le Pain Quotidien being pretty delicious (we were also fond of their breakfasts), we thought we really needed to visit one of the local patisseries for some take home dessert.  We had limited time left, and so much still to try!

First stop was a wander through the street to pick up some chocolates to take home, from our favourite chocolate shop, Jeff de Bruges. Despite our poor French we managed a good chocolate haul for both ourselves, and presents.  Then it was patisserie time. The selection for the evening was creme brulee, a fromage monge tart and a chocolate caramel tart. 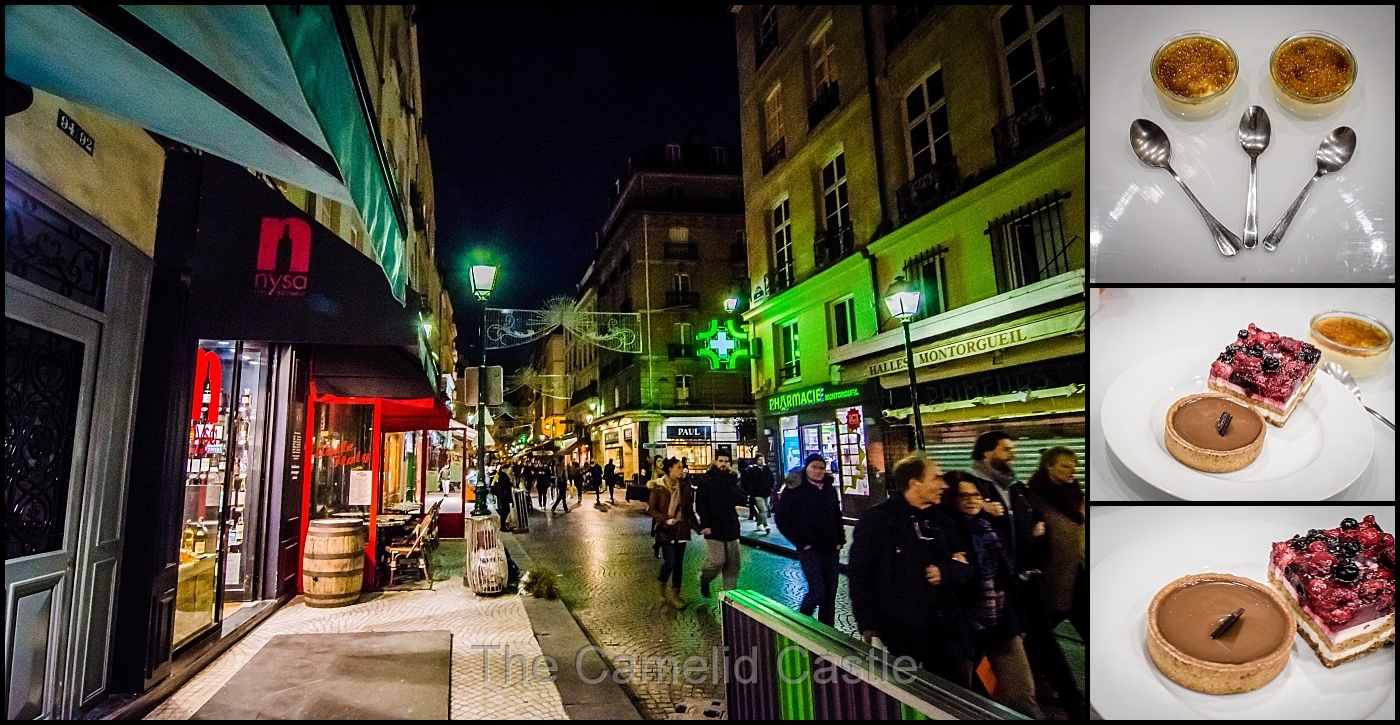 Once the kids were full of dessert and off to sleep for the last night of the trip, we had the final repack (the spare bag needed to be cracked out).  While I finished off backing up the days photos, I convinced Anto to take the camera out for a spin as it was our last chance to get some shots of Paris at night.

He dutifully went for a walk back down towards Les Halles, and Hôtel de Ville and grabbed some great shots of the buildings all lit up, and the Seine looking lovely.  He made it as far as Notre Dame, which also looks totally different at night.  Dessert walked off, the day was done. It was hard to believe that the following night we’d be boarding our first plane for the long trip home! 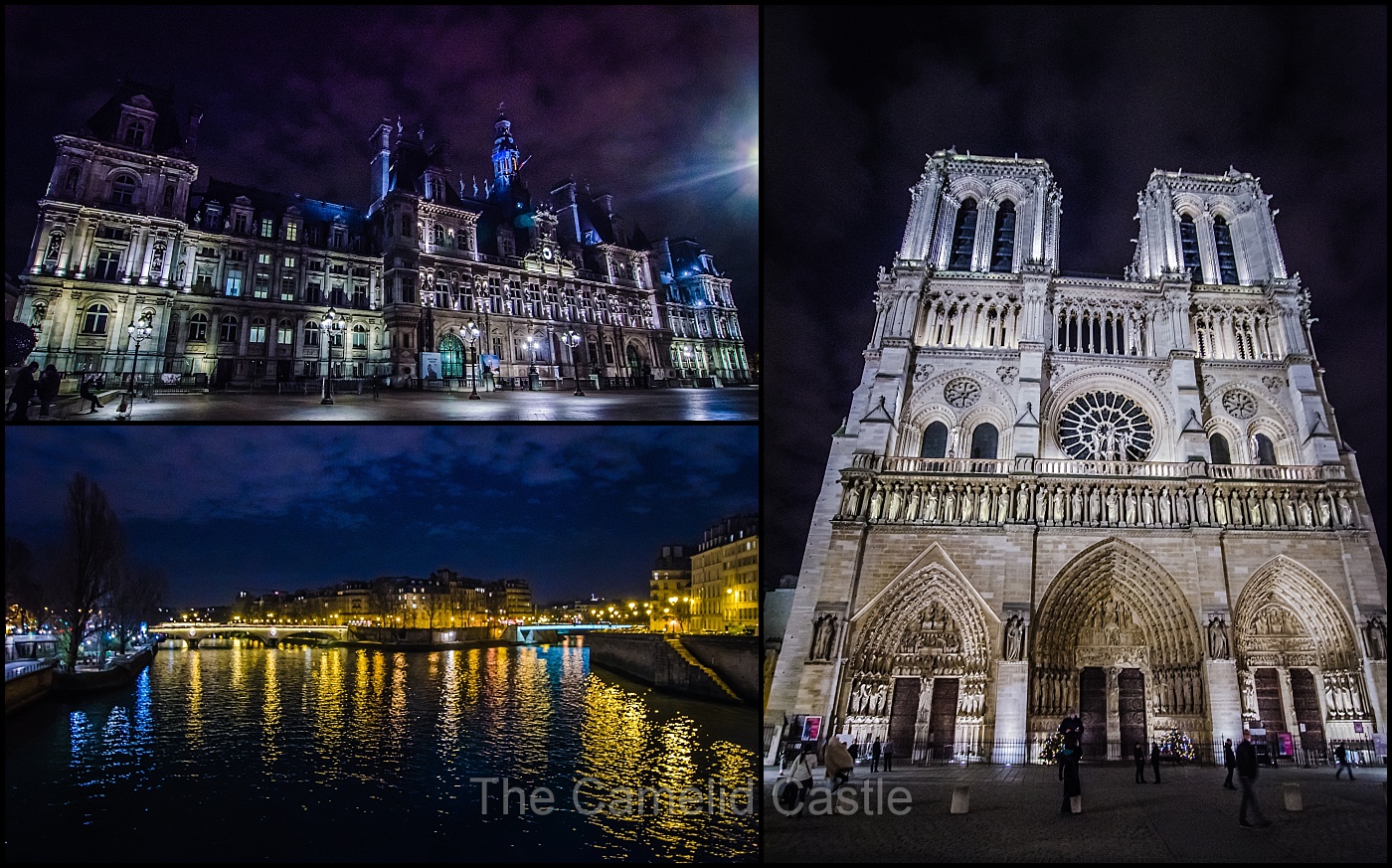 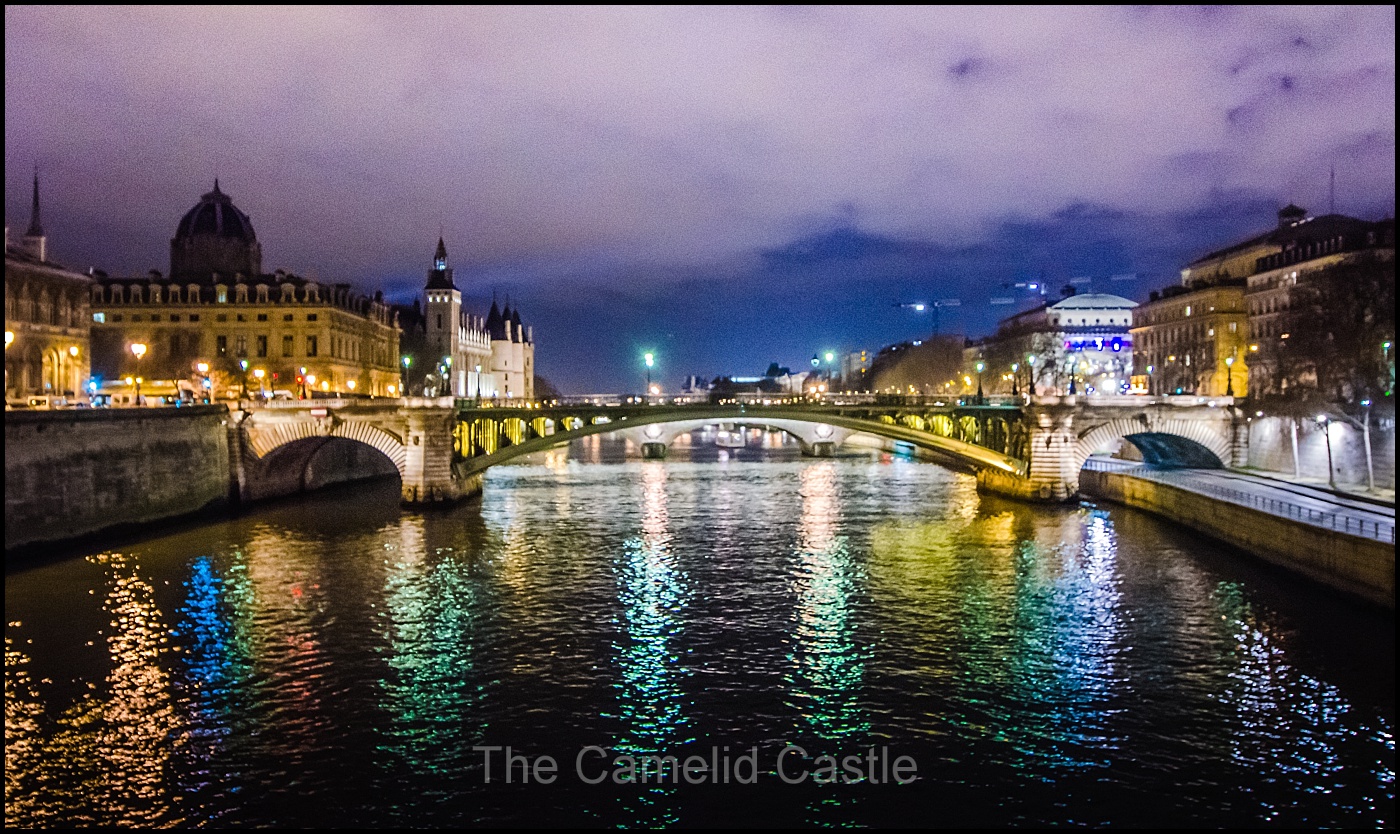 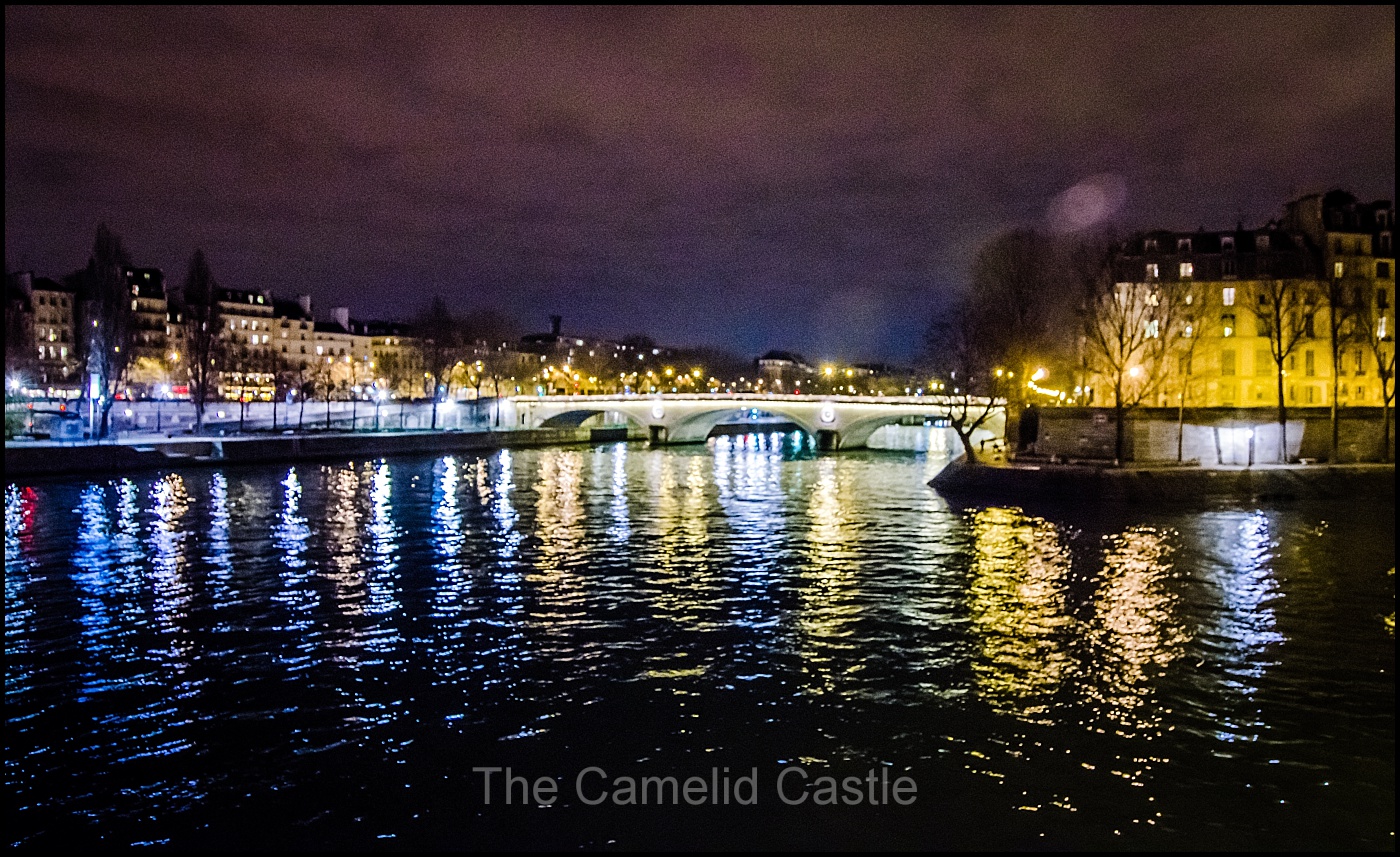 Statistics for Monday the 25th of January, 2016, in Paris, France – the temperature for the day was a very pleasant (for Winter) 3 to 13 degrees, with a mean of 8 degrees.  The total walking for the day was an impressive 22km! We had to walk off all the food somehow…..