Canberra has a reputation for its cold winters but we don’t often get snow (which would totally make up for all the cold, right?).  Every couple of years we have a day where it briefly snows but it rarely sticks and it usually doesn’t snow enough to leave a decent cover on the ground.  In fact there was a day in August last year where it snowed for about an hour but it didn’t stick. The last time I remember getting a decent cover of snow that stuck was at least 15 years ago.

We got back from our little trip away to Kangaroo Valley last Tuesday night (photos from that trip soon). The temperature had gone from a beautiful, but windy, 18 degrees down the coast to about 6 degrees with an icy wind by the time we hit Canberra.  Snow was forecast for Canberra on Wednesday morning and it certainly felt like it!

That Tuesday night it sounded like a blizzard outside, our weather station was recording winds of over 90km/h, and power was going out all over the surrounding area.  We woke up in the morning to find the neighbours huge front yard gum had come down in the wind, and I subsequently discovered about 10 more within 1km of us had done the same.  To somewhat make up for destruction, as the sun came up we saw a light drifting of snow, about the best it gets here (normally).  We usually get quite heavy frosts and wake up to frosty alpacas (including with very cute ear-tip frost).  This morning they were not as frosty but had a light dusting of snow……. 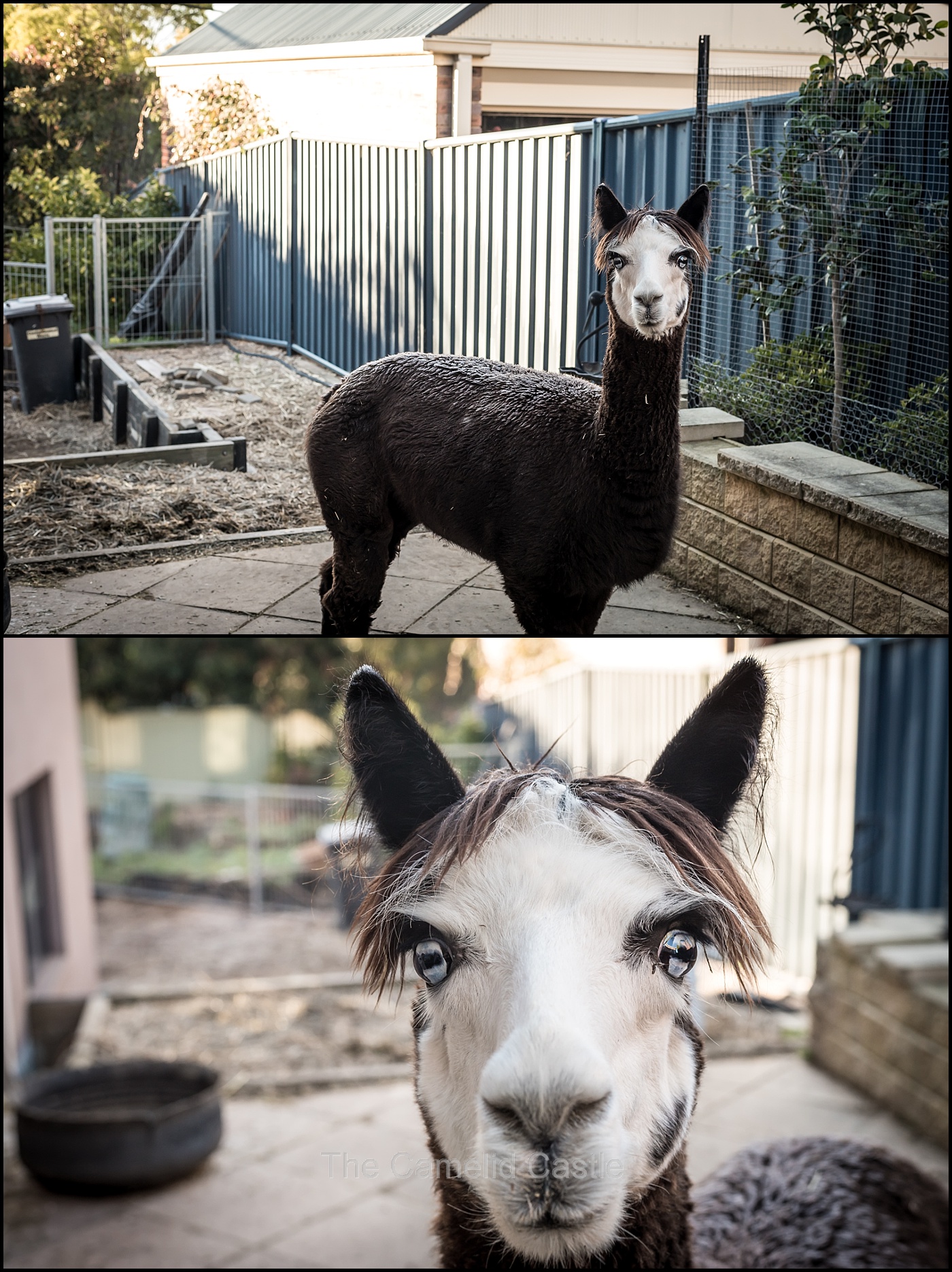 Our yard certainly had a decent cover of snow. It wasn’t quite snowman worthy but at least the mud had temporarily frozen into a white mass.  Our garden pumpkins were even snowy!

Our front yard was certainly more impressive!  It was cold enough that it didn’t melt until after lunch…..

It was about 1 degree outside (not all that cold for a Canberra Winter morning) with snow still fluttering down.  I didn’t trust it to stay snowy for too long so the kids and I chucked on our coats, boots and beanies and thought we’d head up nearby Mt Stromlo to have a bit of a look at the snow. From our front yard I could see significant snow cover on Stromlo so it worth checking out.

The advantage of living in Canberra through many Winters, and having traveled to Europe in Winter, is that we have quite the supply of good cold weather gear.  I did manage to have total brain-fade though and forgot to put the kids mittens and gloves on.  At the top of Stromlo it was about minus 2 but the wind was hideous so the wind chill was rather unpleasant. Without gloves it wasn’t much fun.  Soren was running around chanting ‘snow, snow, snow’ and then crying from the cold! 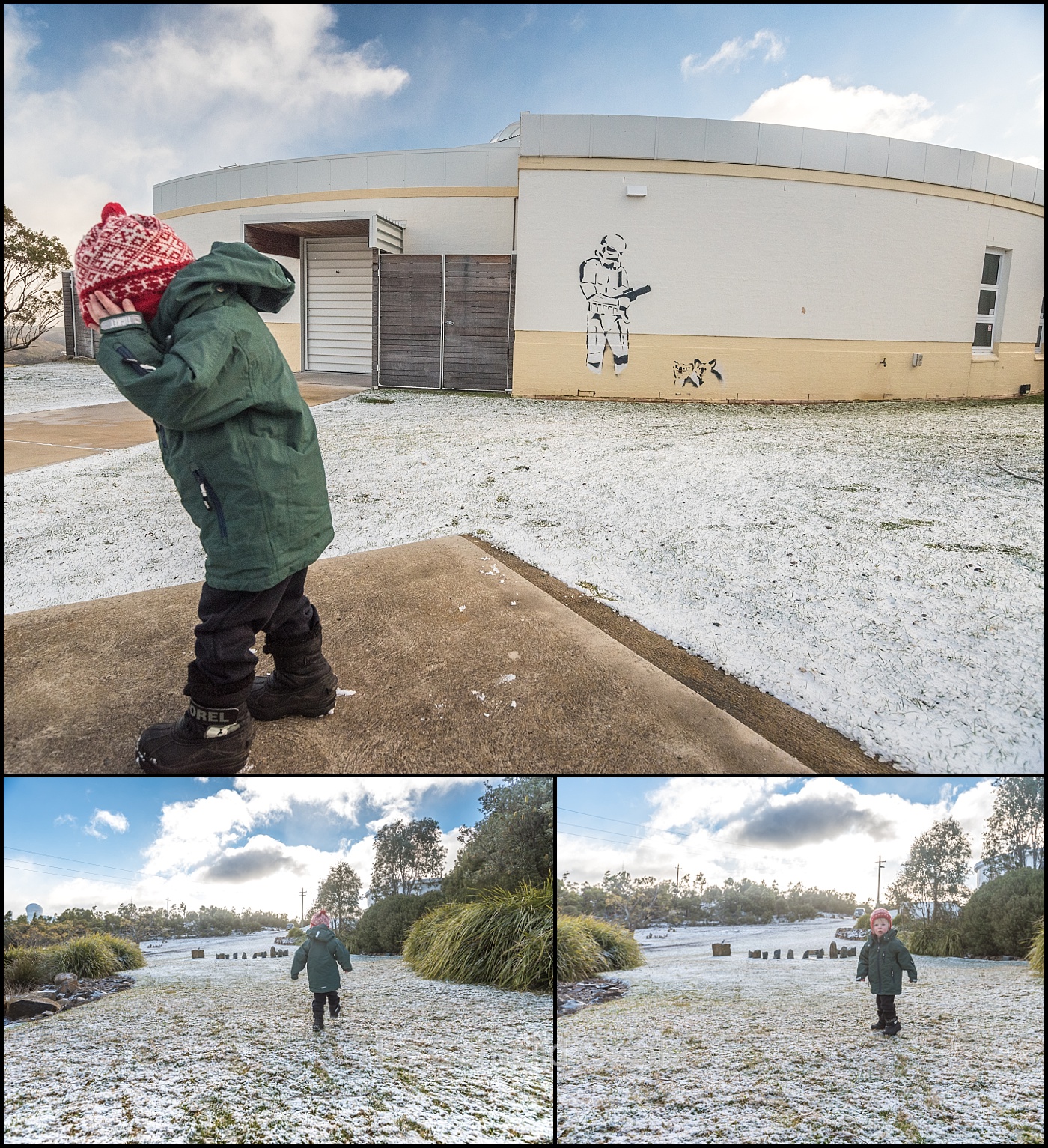 Despite being gloveless, the kids enjoyed seeing all the snow.  Hardly what we experienced in Germany, Austria and Switzerland but a novelty for Canberra! 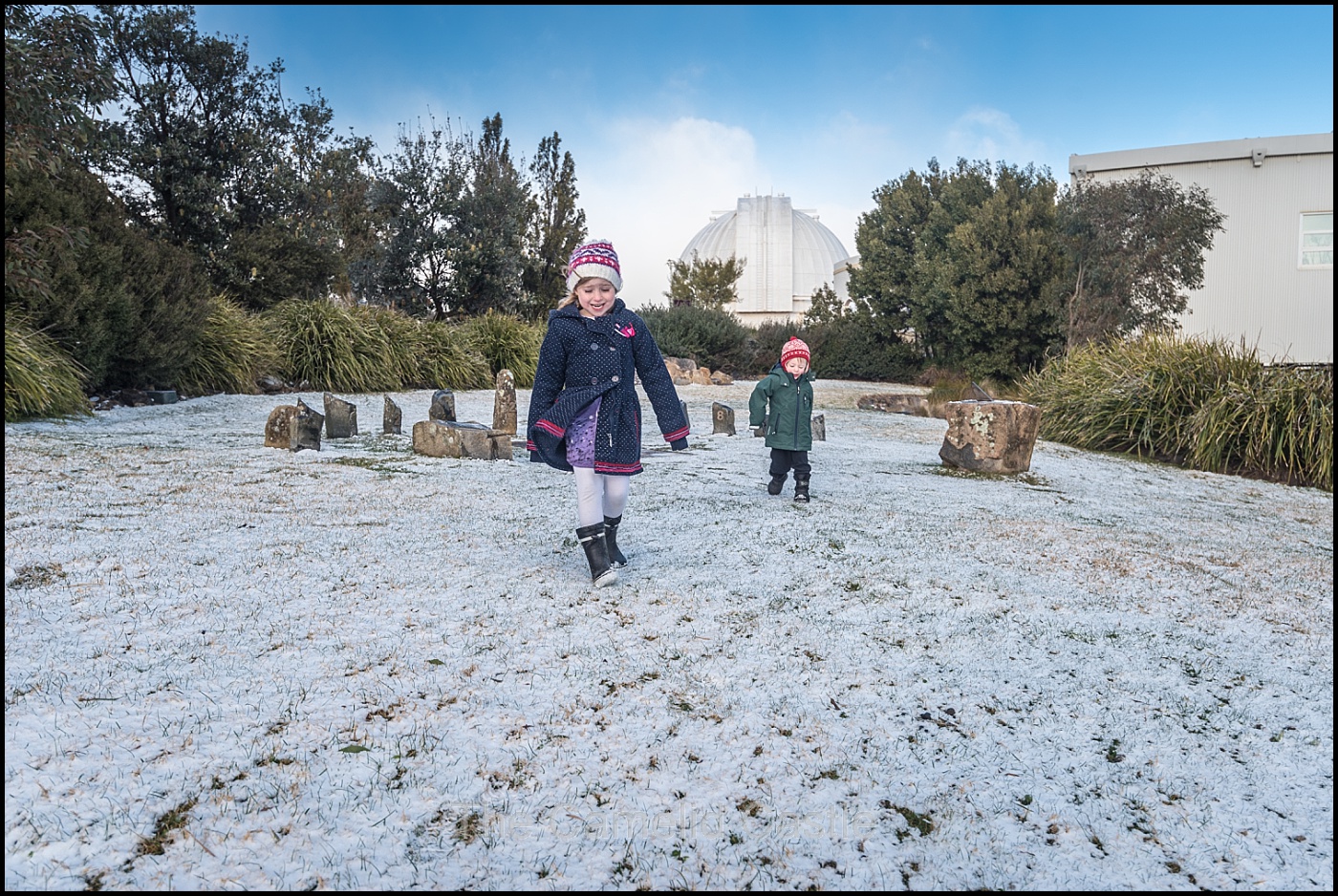 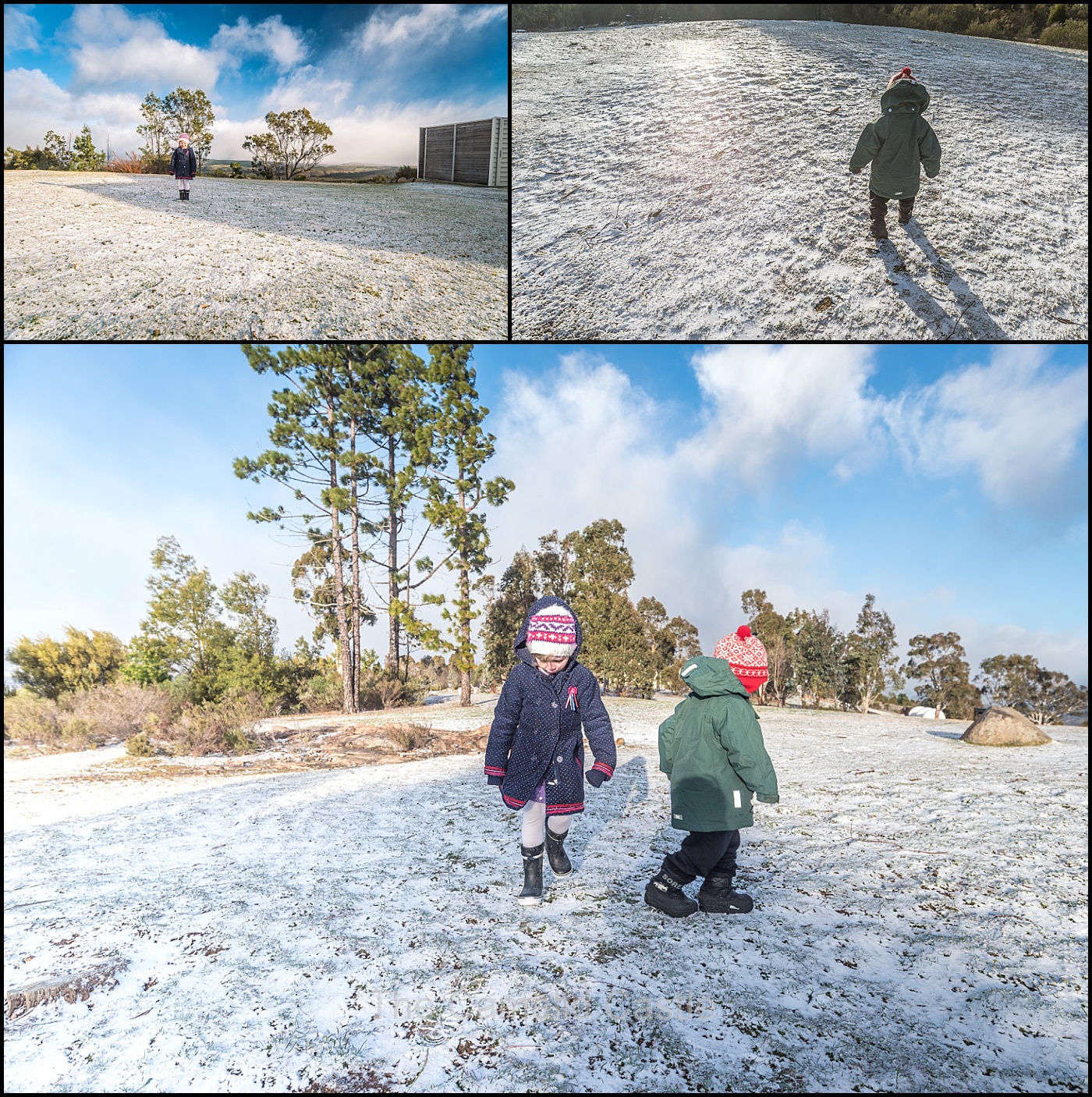 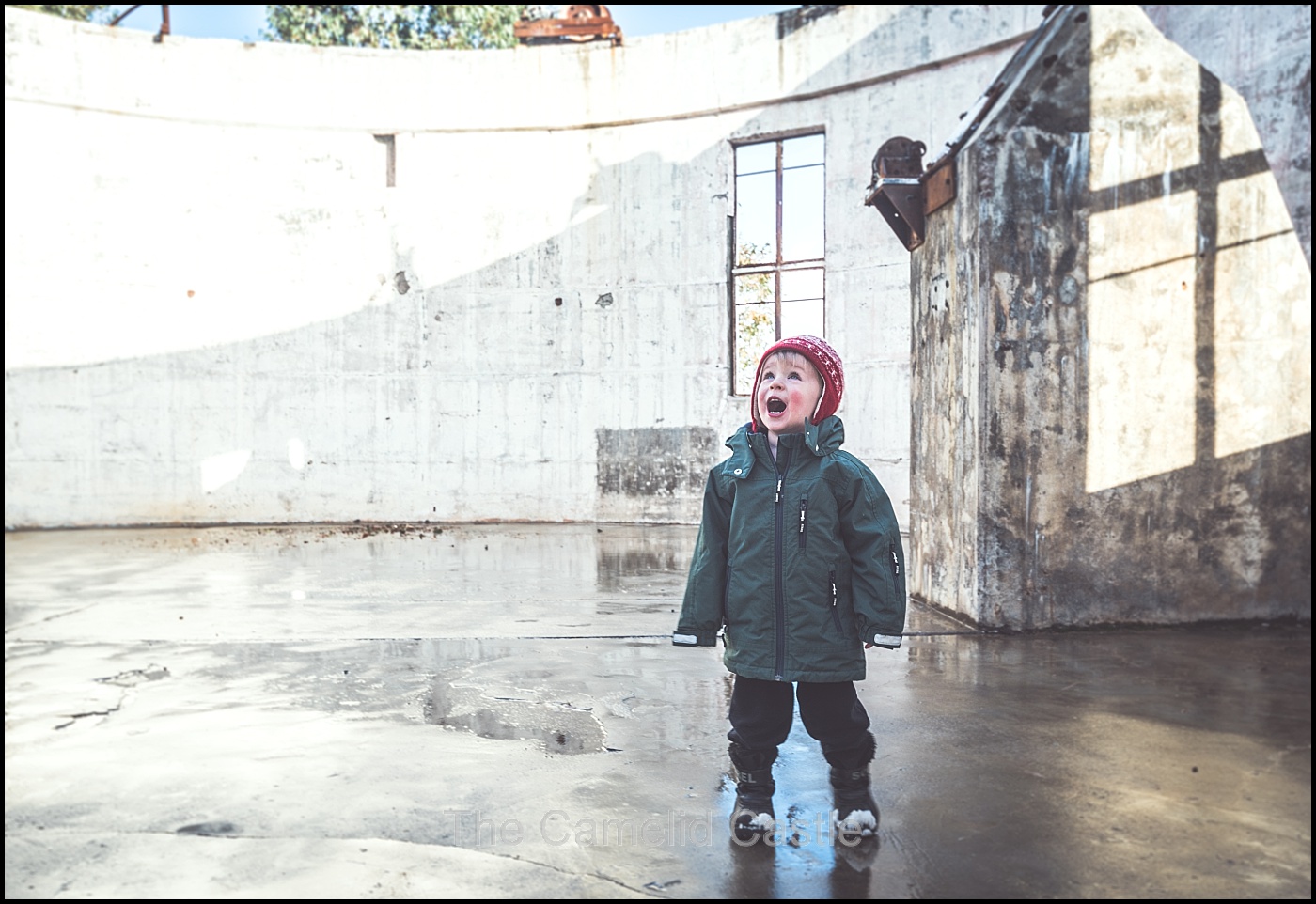 We were continuing to get snow flurries all morning. By the afternoon there was only snow left in patches of shade, but the temperature and wind chill hadn’t improved a great deal. It was definitely an indoor day!

I’m not sure when we’ll get another snowy day quite like that one.  The kids just requested that we go back to Austria and Switzerland in the mean time.  Apparently there is sledding and snowman building to be done……