Astrid was a bit restless overnight and woke up with fairly gunky eyes. We had forgotten about it being a National holiday, so no hope of a doctor’s appointment but the saline seemed to be helping so we continued to flush her eyes. She was in an OK mood so we thought we’d have a quiet day. The downside to living in a very small apartment is that she gets bored very quickly so we thought we would rug her up and walk down to the shops for a short outing.

It was meant to be heavy rain so we were surprised it wasn’t raining when we headed out. Astrid fell asleep in the stroller on the walk down to the shops. We found an entire store for Parisian pampered pusses and pooches with some very awesome things in it! Since our cats wouldn’t appreciate being put in a carrier, a puffy coat or using a cat bed we just bought them funky new collars and glow in the dark toys. 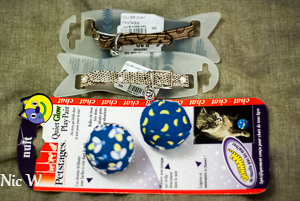 With a still sleeping baby we headed to the women’s section of a department store and found a coat on sale that I liked and fitted so I grabbed it. Can never have too many coats, and it’s wool and very warm! I also got some funky coloured/patterned stockings. I didn’t get the really out there ones. I don’t think Canberra is ready for that! 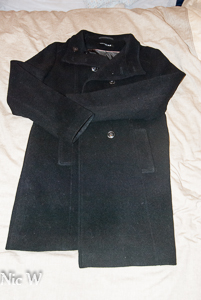 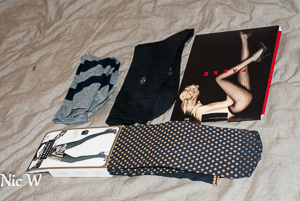 Astrid woke up and we grabbed some morning tea of pain au chocolat and coconut flan. The croissant was shunned in favour of the flan, yet again. Fuelled up we then headed to the men’s section in search of on sale business suits for Anto. Unfortunately none in his size in our price range, but he got some new work socks. We decided to head back to our apartment as Astrid’s eyes weren’t looking great.
We picked up some lunch and dinner supplies and people were giving us a wide berth with the green ooze coming out of her. She couldn’t actually contaminate anyone since she was strapped to me and couldn’t touch anyone or anything, but it didn’t look all that pleasant so I can understand the looks we got. She also looks like she had a black eye from all the swelling. We must look like parents of the year at the moment.

After Astrid’s nap she was wanting to go out and it had hailed briefly but was now cold but clear. We didn’t think we could take her near other kids so the park was out. There were a couple of baby stores we wanted to check out that were nearby but they ended up all being closed due to the public holiday. We had a wander around a book store and found a French children’s book for her. Her eyes were again looking suspicious so we headed back to the apartment for some hot chocolate and playschool. She was still being cheeky despite being sick. 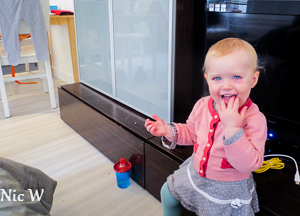 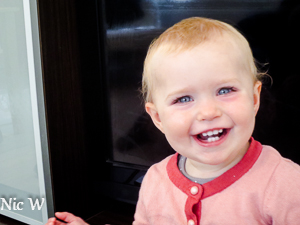 Dinner was some fresh ravioli we purchased from the Italian deli 2 doors down from our apartment. It was delicious. We had the mushroom and cheese but there were a heap of nice looking ones so more might be in order. They gave us enough to cook for 2, but it will serve at least 4-5 as our serving sizes are obviously not of Italian proportions. Astrid was looking better by bed time so we were hoping another day or so and she would be feeling better.