Our little friend Hannah turned 4 recently. For her special birthday activity she asked to climb Mt Majura with some of her friends.  Being a beautiful Spring day, and us loving both Hannah and getting out and about, we thought we’d take the whole family out for an adventure.

There were four 4 year olds making the trek up the mountain, the accompanying parents, and 2 younger siblings (including Soren).  The bubs got back-packed up, but the big kids had to walk!

It was a Sunny and pleasantly warm morning, so our group (and seemingly half of Canberra, and their dogs) were heading up the meandering path from Hackett gate.  The 4 year olds took off at fair pace, with lots of chatter and excitement. Astrid is a fan of collecting all manner of seed pods and other ‘treasures’ so we had to negotiate leaving the collecting until the way back down, as sections of the walk were quite steep, especially for little legs, and hands needed holding to help up and down the stairs and over the rocky path.

I got to carry Soren up, but Astrid did walk pretty well on her own (with only minimal whinging!). Soren was having a ball, and kept reminding us to go ‘up, up, up’. 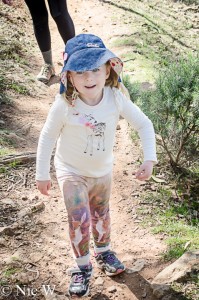 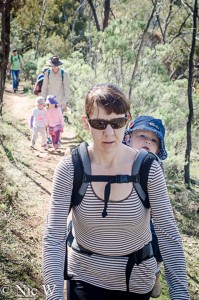 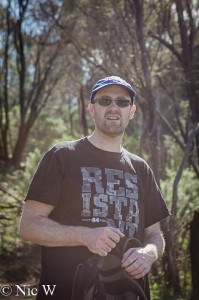 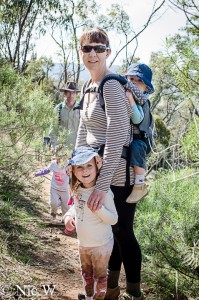 All the big kids were doing pretty well, but after half an hour or so, there were multiple requests for drinks, so we had a short break. While everyone had some water we admired the view (and the planes, we were now overlooking the airport). 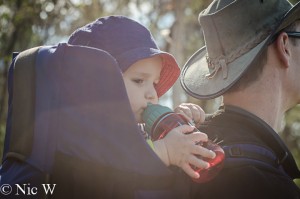 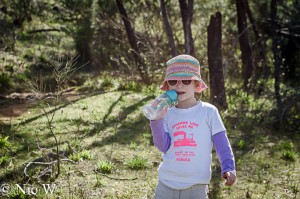 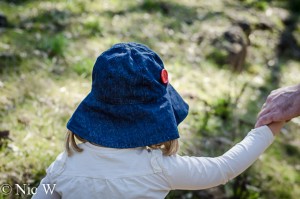 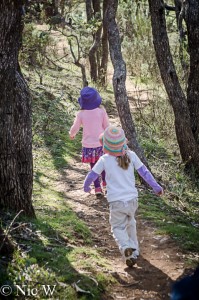 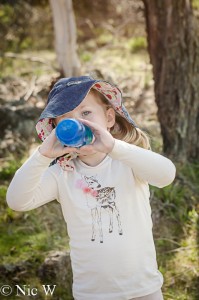 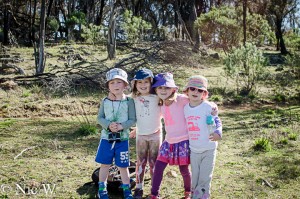 Then it was time to head off again, and the kids were off and racing.

It wasn’t too much longer and we reached a clearing (about 3/4 of the way to the summit) where we decided to stop and picnic.  The kids tucked into some iceblocks which had been expertly carried up the hill by Karin (Hannah’s mum).  It was Soren’s first iceblock, and he seemed a fan, even if my pants wore most of it! 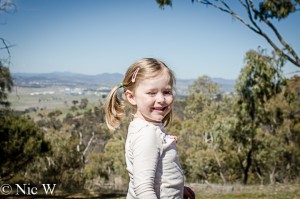 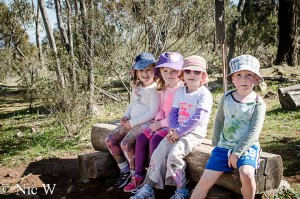 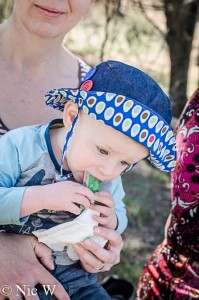 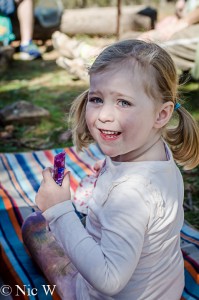 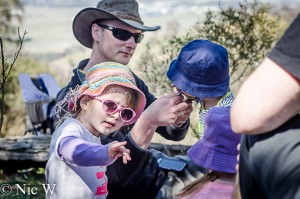 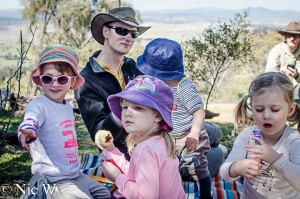 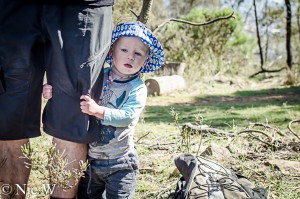 From our resting spot we could watch the planes take off and admire the new IKEA building. Yes, you could clearly see it was an IKEA from that far away.

We had walked a little under 2km so far, but a lot of it was quite steep and the girls were keen to rest, and play hide and seek and fairies.  A few of us figured we might as well make it to the top, so Anto strapped on Soren, and we headed to the summit.    It was another kilometre to the trig point, but very steep and gravelly, so there would have been quite a bit of whinging had Astrid have walked up.  Soren, Anto and I enjoyed our walk though, and made a quick survey of the top of Mt Majura before rapidly heading back down to meet up with others, a little sweatier than when we left! 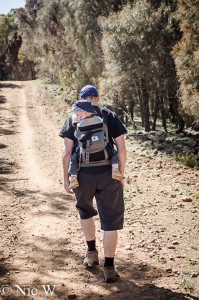 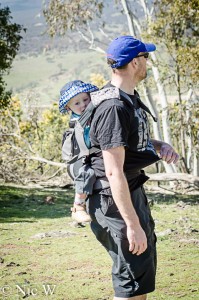 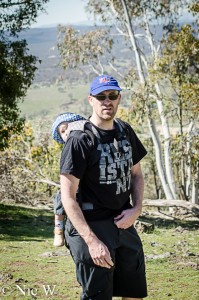 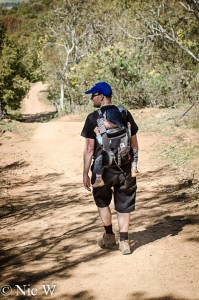 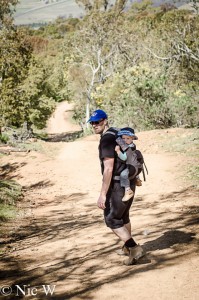 Once the group was back together, it was time to crack out the birthday cupcakes.  Cake is always a hit, and the toddlers enjoyed it just as much as the big kids. 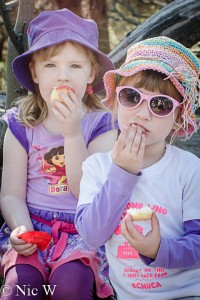 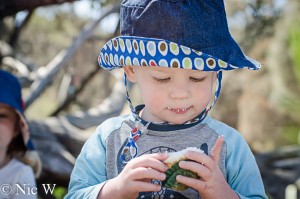 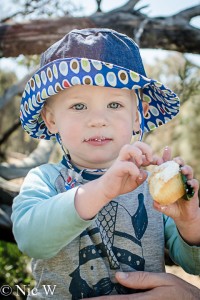 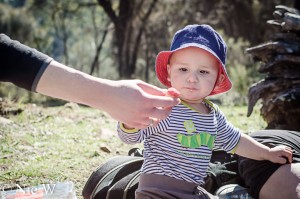 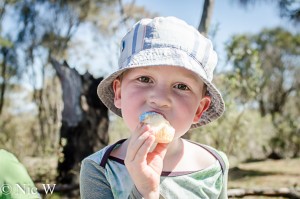 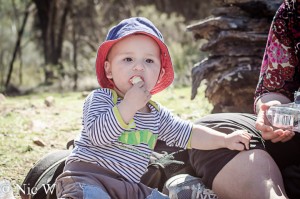 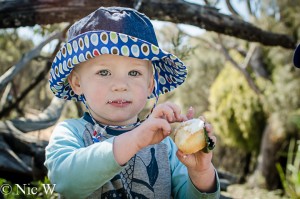 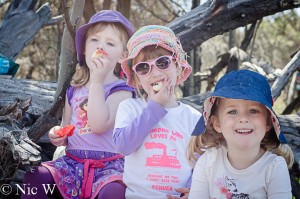 All sugared up, it was time to trek back down the mountain. There were a few weary legs on the kids but they all made it. Astrid even got to fill my backpack up with her collected ‘treasures’. I’m not sure I needed a backpack full of pieces of wattle and seed pods, but she disagreed.

It ended up being a 5.5km round trip for those of us who made it to the summit, and took around 2.5 hours all up – there was a lot of play and rest time in there though. Certainly not my usual walking pace (or distance), but a fun 4th birthday activity for adults and kids alike.

One thought on “A Mt Majura birthday hike with an awesome foursome of 4 year olds!”