I am not sure how the past year has flown past quite so quickly. Søren’s first year seemed like a blink of an eye, and here we are another year down the road, and he is two today! 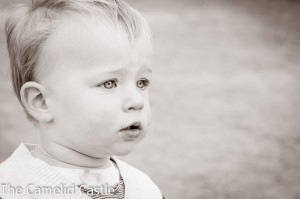 This time 2 years ago I was snuggled up with a tiny and wrinkly (and yet unnamed Søren). He seemed so small compared to his then 2 year old sister.  It felt like a lifetime since Miss Astrid was a newborn, but those two years really do go so very fast. It’s hard to imagine that tiny newborn becoming a fiercely independent, clever and chatty toddler. 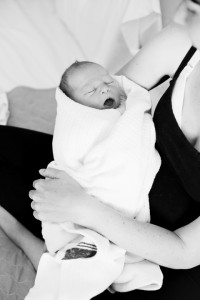 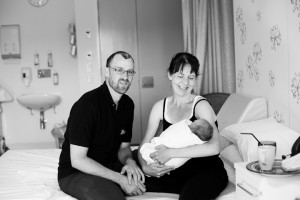 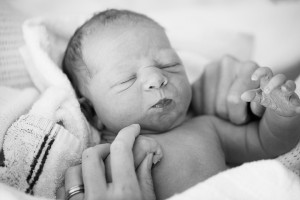 One hundred and four weeks later Master Søren is no longer a baby and is keeping us on our toes well and truly! Today we are celebrating his second birthday with a visit to the adventure playground, presents, cake and dinner out.  On the weekend there will be a big second birthday bash as we go ‘under the sea’.

I was amazed with Astrid at how much they grow and change in that second year, and go from babies to real little people, with more opinions (and tantrums) than you can poke a stick at. At one they are still babies but by two there is no baby left!

Soren is most definitely chock full of personality.  He knows what he wants, when he wants it and exactly how you should do it. If you don’t follow all his rules a tantrum will ensue.  He very much likes things to be exactly how he expects, and will enforce all rules. We often joke about ‘protocol breaches’ when something doesn’t conform to Søren’s expectations!  When he is not practicing for a future career in law enforcement he is perfecting his favourite hobby of safe cracking.  No window, door, filing cabinet, or safe in the house is in fact safe from Søren. He will find the key and spend hours trying to get into it. Maybe the future career will be as a criminal?

Søren is still part fish. Always a fan of the swimming and the bath he loves nothing but perfecting his underwater swimming.  When forced onto dry land he is a fan of ‘build, build, build’ – loving building with blocks and duplo and anything he can stack, including pantry items.  A new obsession (one shared by his big sister) is playing trains, building kugelbahns and flying the remote controlled helicopter with his Dad.  If given the chance he will be outside digging in the backyard or the sandpit and picking all the flowers. 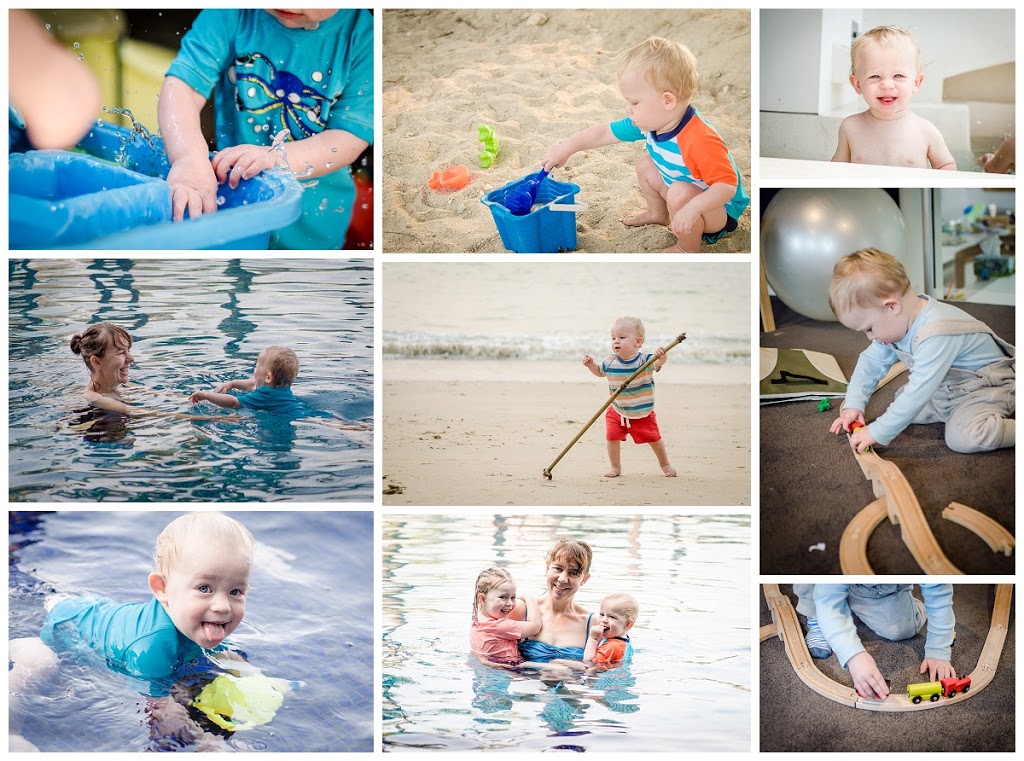 Søren is an awesome helper. He loves to help us out with pretty much any task.  Loves to cook and be in the kitchen, help with the grocery shopping or any outing with Dad (especially Bunnings and the markets).  He knows where everything in the house belongs and will unpack groceries and clothes baskets into the right spots without assistance and admonish us if something has inadvertently been put in the wrong spot!  He loves helping me walk the alpacas and we spend many hours walking around with him in the ergo spotting every bird, dog, bin and bus in the neighbourhood. Soren loves his babycinos, any egg based food (seriously he will turn into an egg soon) and going out for morning and afternoon teas! 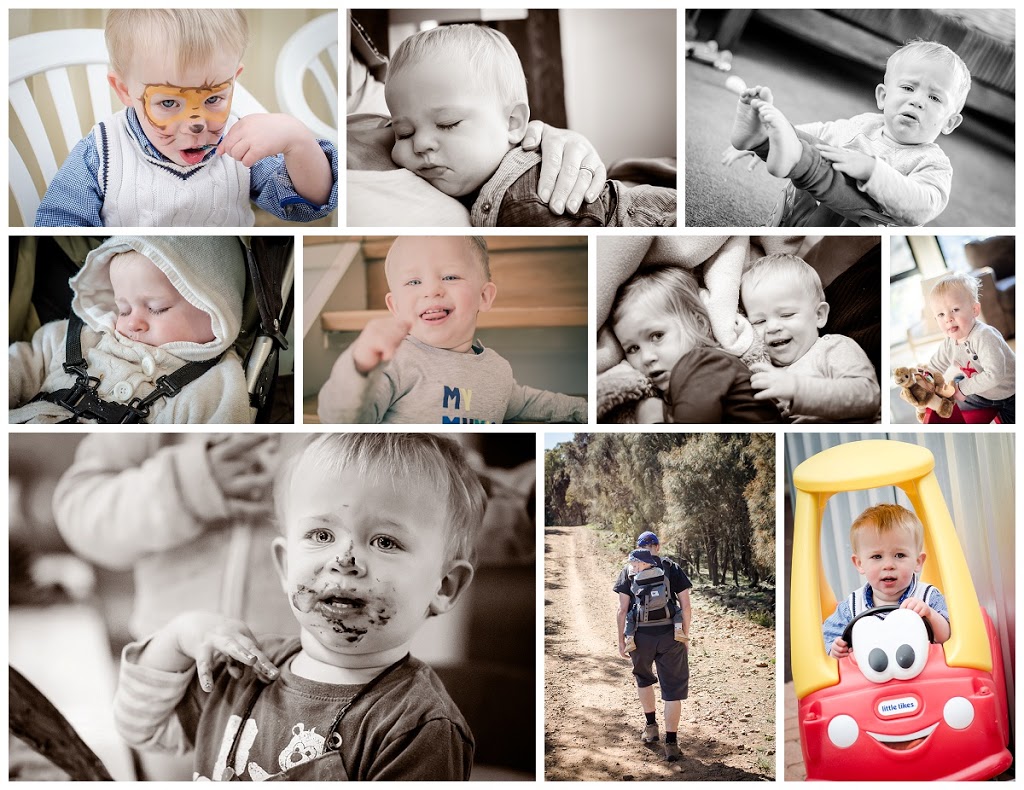 Søren adores his sister and is always trying to kiss and cuddle her. Usually to placate her for having stolen her toys and books two minutes earlier.  They spend as much time fighting as playing nicely but when they are cooperating they do adore each other, and he is always excited to pick her up from preschool and has been looking after Astrid while she has been sick. 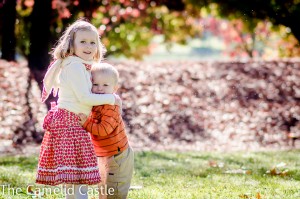 Cheeky doesn’t even begin to describe Søren.  He knows how to flash his trademark grin and con everyone.  He is very cuddly and will cover his favourite people with kisses and cuddles.  It’s lucky he is so cute at times because the tantrums are epic and frequent and we might just trade him in if he didn’t remind us just how cute and lovely he can be. His favourite person right now is Dad, although ‘A’ as he calls Astrid and Mum are not far behind.  Grandparents definitely trump Mum and Dad though when they are around.

Søren is obsessed with the cats and Mulder gets cuddled very extensively many times a day (much to Mulder’s annoyance).  Søren has his stuffed cat and dinosaur in his cot which make an adequate substitute for Mulder when sleeping. The alpacas are wrapped around his little finger, since he is fond of feeding them mints, carrots and all the fruit scraps.

Here is a look at just how much Master Søren has grown over the last 12 months.  He is most definitely one cheeky and independent little toddler. Too cute for his own good. 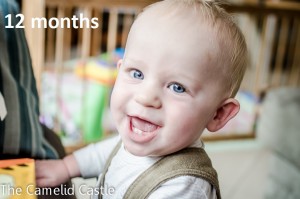 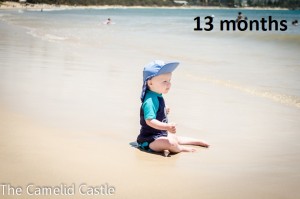 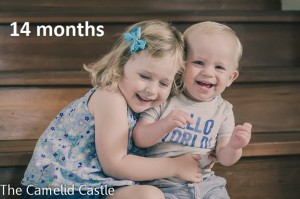 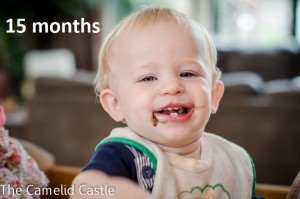 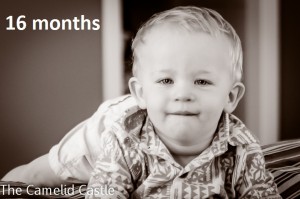 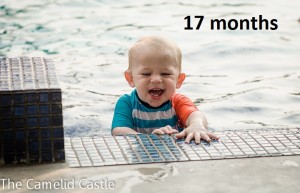 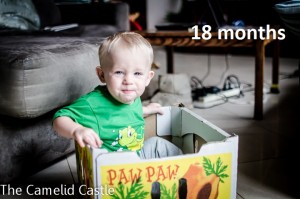 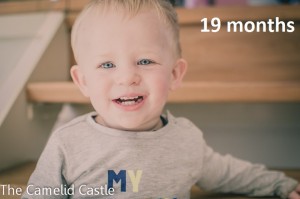 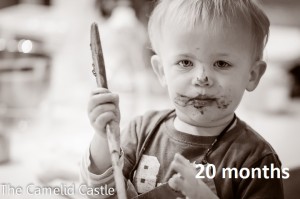 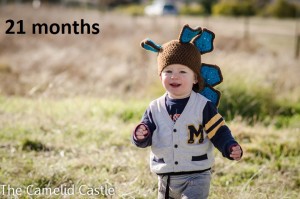 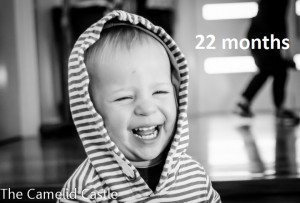 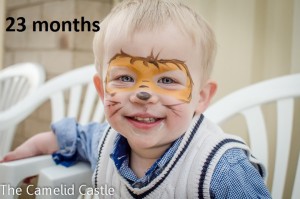 Happy 2nd birthday Søren Augustus, your third year is sure to be full of adventure………