Anto has given Nic his sore throat, so add another one to the grumpy camp. Despite us all having a bad nights sleep, Astrid somehow slept til 8am. After the previous mornings 6am we thought our luck had run out with the sleep-ins.

Since it was supposed to be a nice day we decided to walk back through the Montmarte district and up to the Moulin Rouge. It was quite warm (19-20ish) and very humid.

There were lots of interesting streets to walk through and lots of shops to look at. When we got to the Moulin Rouge, there were trucks parked in front, unloading supplies, so it made it hard to take photos. We wandered up the street and had some morning tea.

Astrid got to try her first crepe with nutella. She was a fan, and didn’t let us have much. It actually wasn’t the best crepe ever, but Astrid didn’t seem to care!  I swear we do feed her fruit and vegetables, you just wouldn’t know it by the contents of this blog. 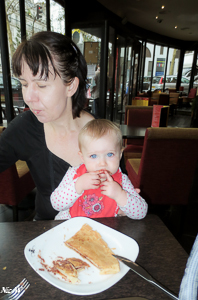 We walked back past the Moulin Rouge and the trucks were annoyingly still there. We had a look at the show prices, they aren’t cheap. It’s something we wouldn’t have minded going to, but not with Astrid in tow. It’s unlikely she would sit through a whole show and it’s a bit pricey to risk not being able to see. So unless the grandparents decide to fly over for some babysitting, that was as close as we got to the Moulin Rouge.
Around Montmartre and the Moulin Rouge: 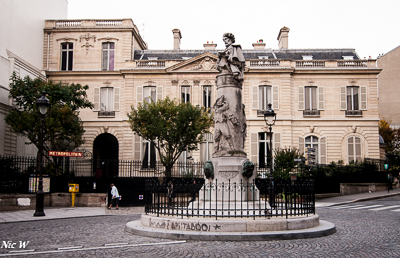 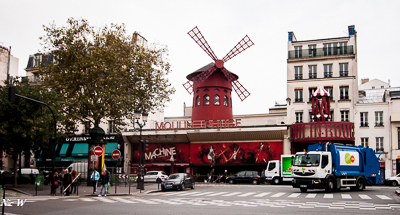 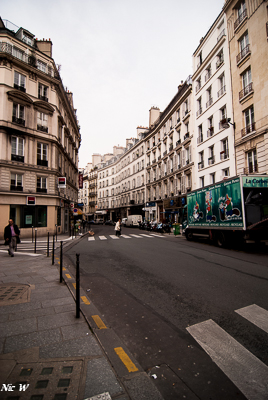 We then headed back through Montmarte to find the area known as Les Passages. These were the world’s first shopping malls, and are a hidden labyrinth of historic arcades criss-crossing the area between the Palais Royal and Boulevard Montmarte. The were created in the 19th century to cater for the middle classes, who had money to spend and wanted to shop but did not want to dirty their shoes on the regular streets that didn’t have pavements or sewers.  The arcades were interesting. Many were full of cafes, other antique shops, some chocolate shops and some toy shops. We did find a toy shop with lovely French doll houses but didn’t think we could get one of those home in one piece.
Some of the delicious treats we found: 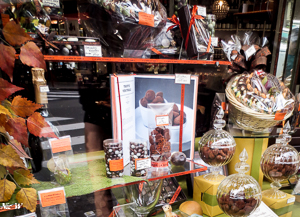 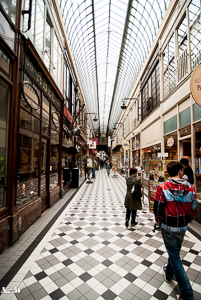 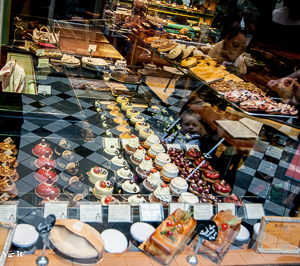 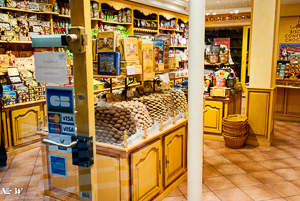 We couldn’t go past one patisserie that had cakes we hadn’t seen elsewhere. We ended up purchasing a chocolate mousse, covered in ganache and filled with orange for tonight’s dessert. It was delicious!  They had so many things we wanted to try that we might have to go back. 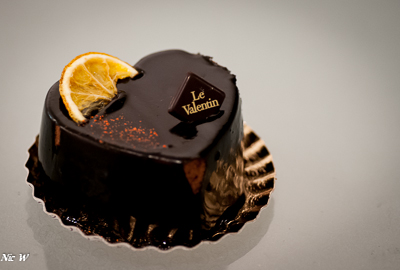 Astrid had fallen asleep in the stroller while we were walking around, and despite this happening other days and it not affecting her sleep, today she decided she was not going to have a normal sleep. In the end we gave up and went for a walk with her in the ergo. Of course she promptly fell asleep while we were walking. We walked up through Les Grands Boulevards again and went to Printemps.  We decided that it was way too classy for us and there wasn’t anything remotely in our price range. It was interesting to walk around though. The baby clothes were really nice, and there were several things we would happily have bought, but a bit too pricey, so unless they have a sale they won’t be coming home with us.

We managed to get rained on again walking home, but didn’t get too wet, unlike the day before.  We figured out why our legs are getting a bit sore. Today we GPS tracked our walking and we did at least 13km’s.  I think other days we have walked further. At least we can eat some of the cakes with less guilt!