Anto is on the mend from his cold but I still feel like death warmed up. We decided to have another fairly easy day. Since the weather was predicted to be around 20 and sunny we thought we should make the most of it and head out. Not feeling like much walking we caught the Metro and RER to Jardin Du Luxembourg so we could have another look around, with a hope that more of the activities would be on being a Sunday.

When we got there it was still quite foggy and damp so not ideal playing weather. Unfortunately, the best weather tends to be after lunch here in Paris, not compatible with the 15 month old’s sleep schedule! We did have a chat to the ducks and a walk around. Astrid ran straight into a huge puddle, which almost came up to her knees. She thought it was hilarious but I didn’t find it that funny given I didn’t take a change of clothes out with us. In the next hour she proceeded to sit in a hole full of wet leaves and finger paint with duck poo. A delightful morning if you are toddler, not so much when you are the parent.

There were some wooden sail boats out on the pond today and Astrid enjoyed watching them. I’m sure there would have been more out later in the day. We also found where the pony rides were located but figured she was a bit too young to get much out of it. We were planning on taking her to a puppet show but the one that was about to start was 45 mins long and she was getting grumpy for morning tea, so we thought it best to leave that for another day. We now know where they are located and the times, so it makes planning a bit easier. We found a fenced off garden area with sandpits, which she loved but the sand was basically mud at that time of the day. I think I’ll take a change of clothes when we go back next time.

We had forgotten about everything being closed on a Sunday and went for a walk out of the park to find a cafe, and struggled to find much. We should have had our coffee and morning tea in the park. In the end we found a nice but very expensive cafe. They had run out of all forms of croissant so Astrid was not happy! 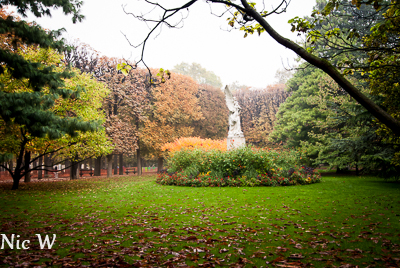 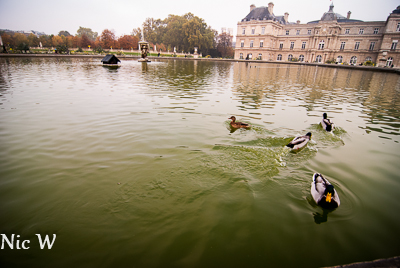 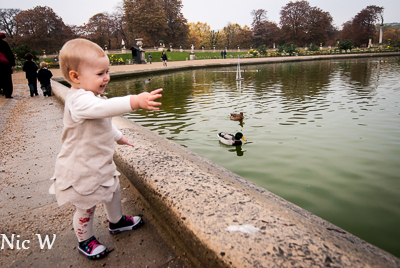 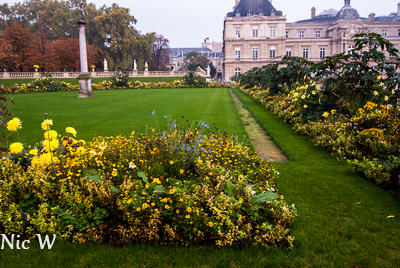 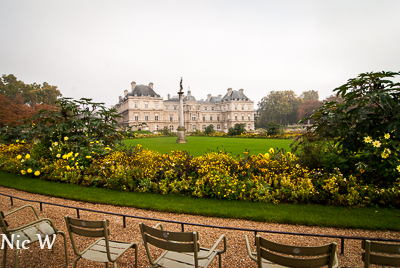 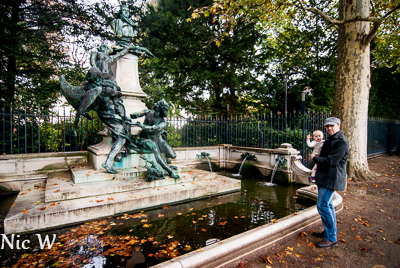 Due to me feeling particularly unwell still, we caught the metro back to our apartment. Just in time for the lunch rush on baguettes. There was quite the line up but you can’t beat the baguette so fresh out of the oven you can hardly hold it. Lunch was our usual cheese, ham, tomato and fresh baguette.

In the afternoon we decided to have a walk around Beauborg and the Marais area again as they are bustling on a Sunday. Last week was 7 degrees and raining, today was 20 and humid. A very different experience. We found quite a few interesting shops to go in and we bought a couple of books, a bird box for Astrid’s room and some yummy chocolate. The chocolate shops are pretty impressive but this one caught our eye as it had some really cool things, and it smelt so good!

Then we finally found a cafe that had at least one spare table and had some afternoon tea. Astrid tried her first tarte tatin. She didn’t mind it but then discovered her dad had a chocolate milkshake, which was Astrid heaven. She had the waiters running around fetching her cups with straws and various other things. She was being quite cute. We forgot the camera so didn’t get any shots of the milkshake initiation but I’m sure she will have another one soon.