Despite being in with us Astrid slept not too badly and slept til just after 7am. Later would have been nice, given how long the previous day was and how tired she was, but sadly it was not to be. She was excited to be in a house with new people and new things to look at. She was also happy to play with the dog (who incidentally was very excited we were there and spent most of the night checking on us and all morning demanding pats).

We had some yummy breakfast of Swedish scones with cheese and honey and Astrid certainly enjoyed that. After breakfast she located many of Sebastian and Nelly’s toys and had a good play with them. After several weeks with only minimal toys she was quite excited to have a whole array to play with. 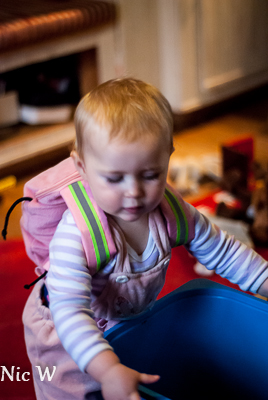 Mid-morning we headed out for a drive into the town of Arvika near where Bjorn and Linnea live. We have been informed that the current weather pattern of 2-6 degrees is actually quite warm for this time of year, and it had been snowing a little further North the week before. It has been quite cold in Paris the last few days so it is only a little colder here. It was still cold enough though and we had a quick wander around including a visit to the toy store and a look at the bizarre lizard/bird man statue in the town square. 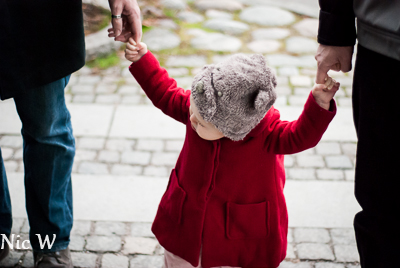 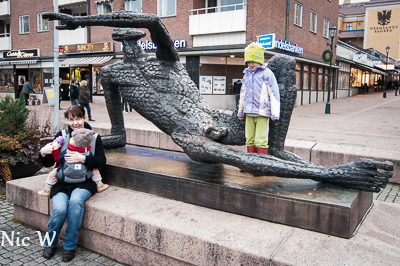 After a quick trip to the supermarket for dinner supplies, and for us to enquire about any Swedish specialities we should be trying during our visit, we headed off to lunch at a nearby gallery, Rachstadmuseet. Lunch was very yummy. The adults had soup (Asian chicken or a mushroom) and bread and the kids had pancakes with cream and jam. Astrid is definitely a fan of pancakes and Swedish pancakes were no exception. She demolished the whole lot and caused her parents soup to get cold while she was demanding more pancake be shovelled into her. Soup was followed by
coffee and cake. We had an apple and caramel cake with custard and a choc/caramel cake with cream. Both were delicious although the chocolate one may have been the winner, just. Astrid washed down her pancakes with some of the apple cake and then proceeded to be extremely jovial after her oh-so-healthy lunch! 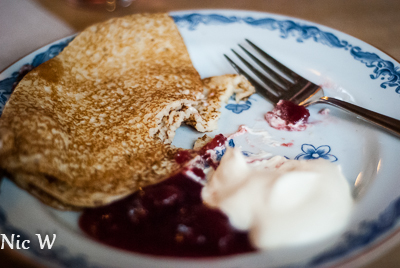 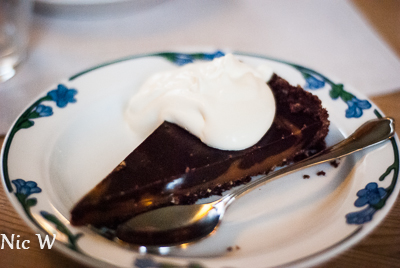 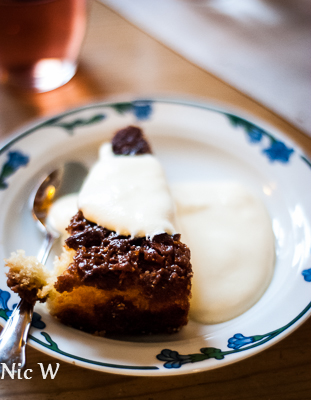 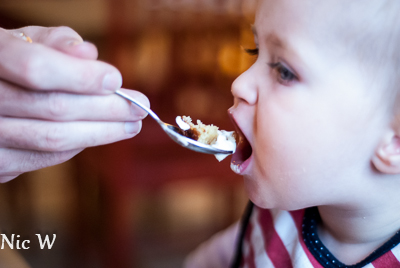 We had a quick look around the gallery, which did have some lovely snow paintings and a great view of the Swedish landscape out the windows. 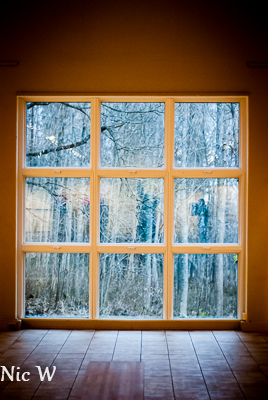 We headed back to Bjorn’s place and I managed to get the tired Astrid to have a bit of a sleep while Anto was forced to drink some whiskey with Bjorn and go for a walk in the woods to find some mushrooms. Apparently the woods were dark and cold…. of course it was 4pm and the sun had set.

while Astrid slept Linnea and Nelly made us some Swedish cinnamon scrolls which we all enjoyed with some Glogg (spiced wine). It was tasty and a nice way to spend the afternoon.  Dinner was a yummy stir fry and we tried Julemust which is their ‘xmas’ soft drink, only available at Christmas, except when it’s available at Easter as Eastermust with a different label. I claim it tastes like creaming soda but this was disputed.  Once all the kids went to bed we did try some of the French chocolates we had bought for Bjorn and Linnea. All in all in a was a good day of eating………