What to do with a sick 16 month old? Anyone with a toddler this age knows they do not sit still and they only rest when sleeping……. and sleep is for the weak. Despite being sick and tired, Astrid has gone back to waking up early. In the end we gave up this morning and let her get up.  She hasn’t been eating much and has liked sitting on our laps or cushions on the floor watching playschool.

At home she watches maybe 2 episodes of playschool a week. We i-viewed about 10 episodes before we left for use on the plane or whenever we needed it, and she has watched a couple here an there. Until the last few days where it is on constant repeat. One episode finishes and she screams ‘more play’ until we put another one on.  The same episodes are wearing a bit thin. When both the adults are walking around the house singing ‘build it up, build it up, build it higher’ and doing the dances from several episodes it is not a good sign.

After several hours of play school water torture we gave in and decided to go for a short walk around our area.  We figured some coffee and morning tea wouldn’t go astray. We walked to some nearby shops but it was Saturday and not much opens before 10.30 or 11am. The organic cafe from across street was packed and while we could have squeezed into a table we thought that plonking the gunky-eyed orange raccoon next to some unsuspecting cafe patrons wasn’t a good idea, so we wandered down the street and found another cafe. Despite not eating much for a couple of days Astrid thought she would have some pain au chocolat and orange juice and some hot chocolate. Lovely combo!

The antibiotics she is on are fine. They taste good, according to the baby. They smell like some sweet banana combo. She is happy to guzzle them down. The eye drops are another story. Even the doctor, when she told us that she needed the drops 4 times a day, for a week, said ‘good luck with that!’.  Astrid had been quite good with the saline drops but the antibiotic ones obviously sting more. They are also a delightful orange colour, and it stains EVERYTHING! We were warned by the doctor and the pharmacist about the staining.  It’s rather unfortunate since the apartment we are staying in is full of white furniture.  The result of the orange eye drop situation is paranoid parents trying to keep the wriggling, running small person off everything till her face dries and a baby that looks like an orange raccoon.  No more green gunk coming out of her eyes but she looks quite strange. People keep having deep conversations with us about it in French. We just nod and smile. 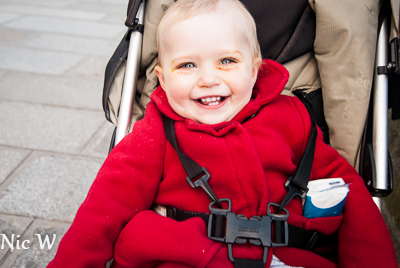 Anyway, our raccoon managed to have a 3 hour sleep which gave her poor parents some time to catch up on the sleep we weren’t getting at night with her restless snuffling and waking.  Faced with several more hours of playschool we decided she might rest more in the stroller so we went for a walk.  We decided on walk around Ile de la Cite, and headed down to see if we could find Paris’ biggest flower market.  We didn’t realise the flower market was a collection of nurseries with an array of plants, flowers and knick knacks for sale. It was fun to walk around and lots of Christmas decorations were starting to come out, some of which we liked. 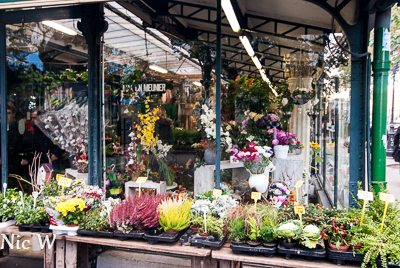 We walked around the outside of the Palais de Justice, which is an impressive and large building. It is part of the same building as the Conciergerie, a former prison that housed Marie Antoinette, which we will visit when it reopens in a couple of weeks. 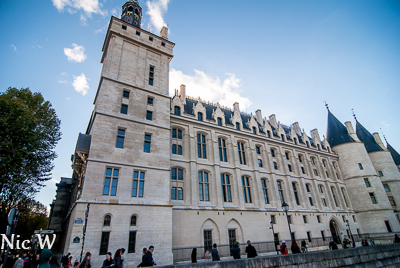 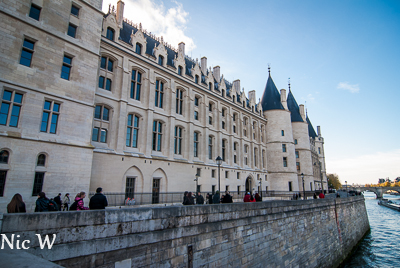 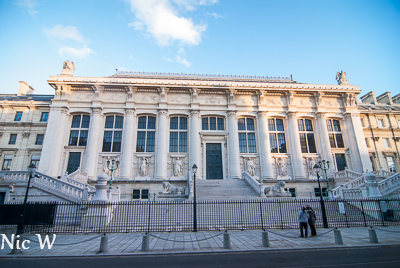 We also walked through Place Dauphine, one of the earliest city planned projects in Paris, where the buildings are beautiful and were mostly all built in the 15th Century, with most recent being completed in 1616. It is full of cute shops and lovely looking restaurants. They probably would have been nice to try if we didn’t have a sick baby. We did see some men playing boules in the Place, which was an interesting sight. 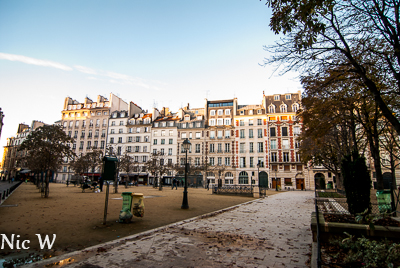 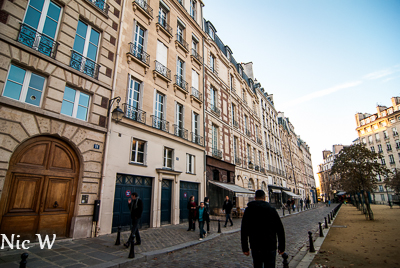 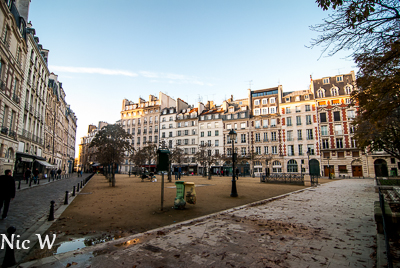 The light on the Seine was lovely and there were people everywhere but Astrid was not a happy camper so we headed back to our apartment, glad we had gotten out for some fresh air. The walk back took a little longer than expected given the huge numbers of people milling about. Most of the them were starting their Saturday evening but we were finishing ours. Time for dinner and bed for the munchkin (although there was more eye drop torture before bed could happen). 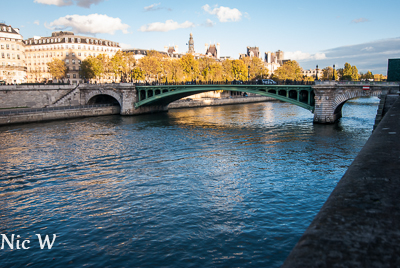 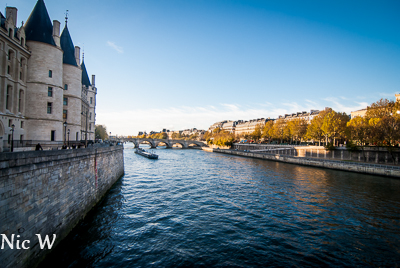 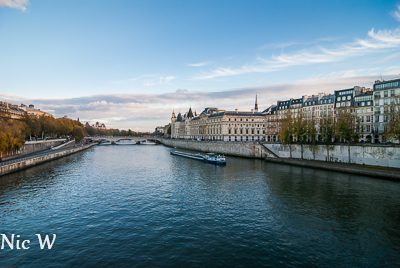