It’s been a bit quiet on the blog, I’ve barely sat down at my computer let alone written any blog posts.   I’ll get back to the photo posting and blogging eventually, but I had to share a few pics of our family Christmas celebrations.

After the excitement of our 2015 Christmas where we spent Christmas day in Germany, visiting Christmas markets and eating yummy food, in the cold, it was a more sedate (and much hotter) Canberra Christmas this year. Of course there was a pile of presents for the kids, too much food and plenty of family around.  Very different to last year!

As we left for our Europe trip at the start of December in 2015, I refused to put the Christmas tree up. That meant that the kids had been bugging me about the Christmas tree since about mid-October. We held out until mid-November and then it went up. We were so busy and away so much in December was probably a good move!

Pretty soon the tree was filling up with presents!  There was quite the pile developing…….

December flew by. Between a trip to Jindabyne for the L’Etape race, the end of the school year and then a trip to the Sunshine Coast for a week, Christmas Eve came around before we blinked.  Christmas Eve was spent baking and playing. The kids had a ball decorating gingerbread and making our traditional Christmas stollen.

Before bed they got to open up a special present, some new PJs for Christmas Eve.  The parent elves were up late finishing the cooking and preparations but the tree was all ready for the morning!

Still rather tired from our Queensland trip, the kids were very compliant and didn’t get up until just after 7am.  They were very excited when they woke up, and happily consumed the special breakfast of crepes with fresh cherries and mascapone (as usual the parent elves were up late making those crepes!). 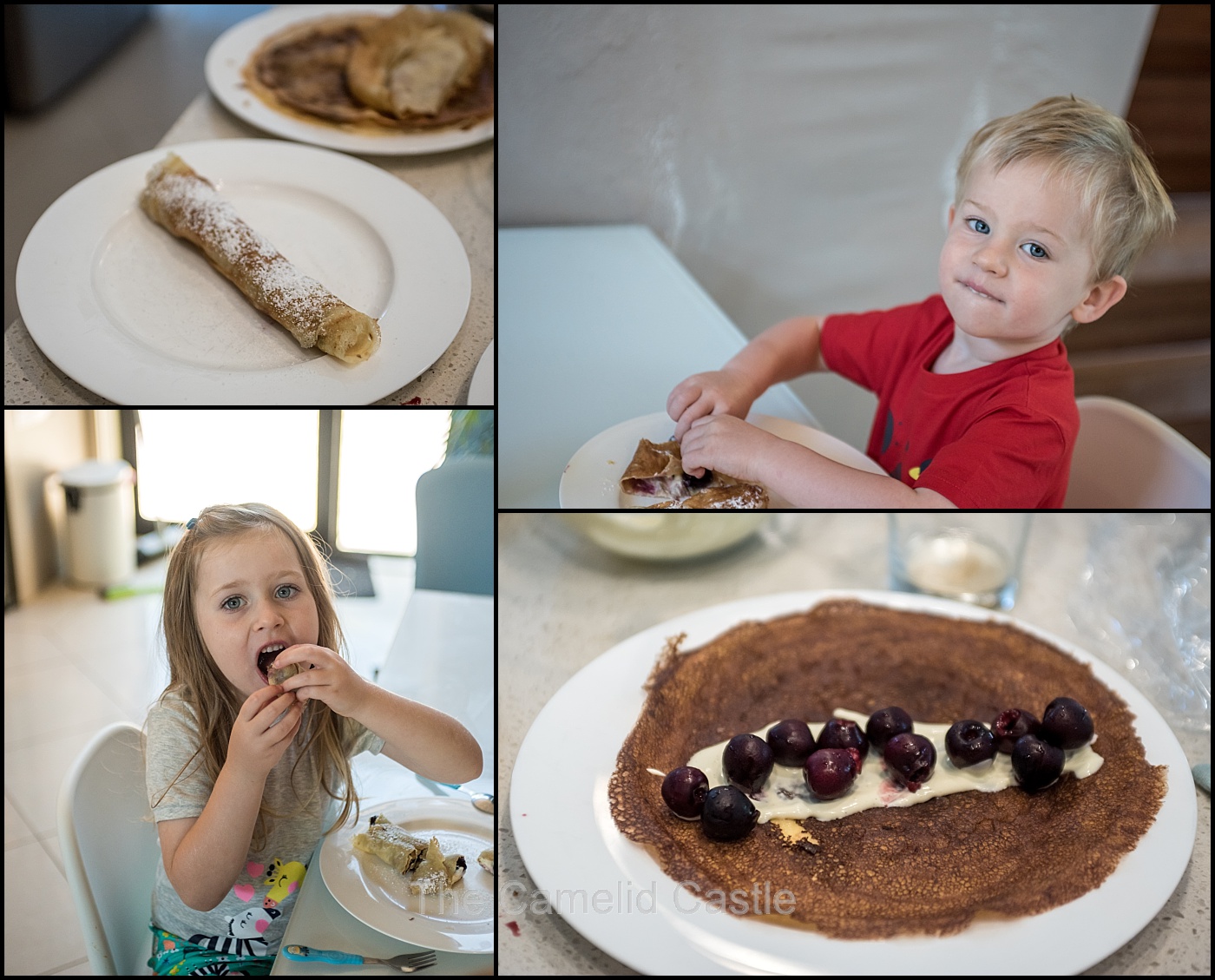 Then it was present time……..  after not really doing any presents last year I may have over-compensated this year. Soren was particularly excited about his new rocket! Everybody did pretty well, even if we ended up with half the Australian Geographic store…….. The kids had done a good job with presents for Anto and I too! 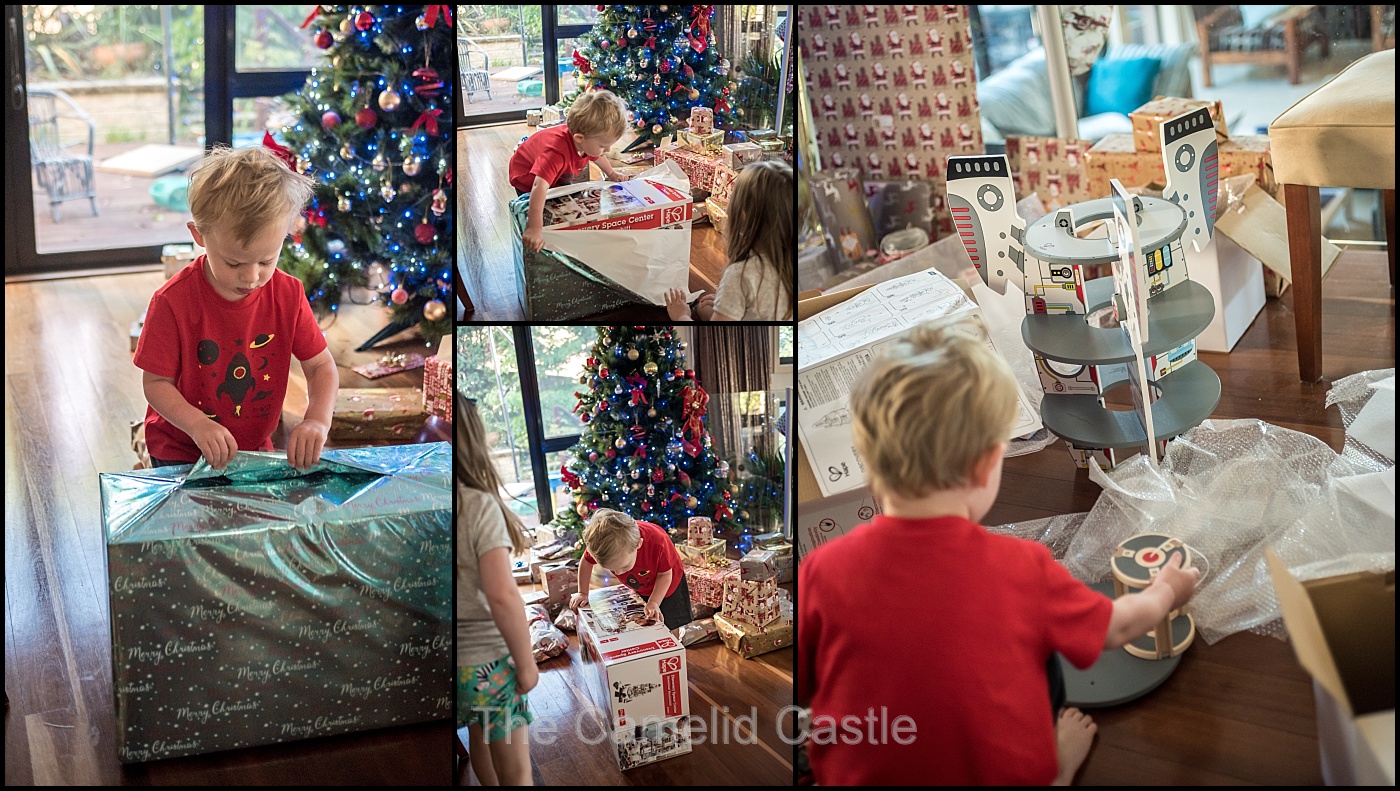 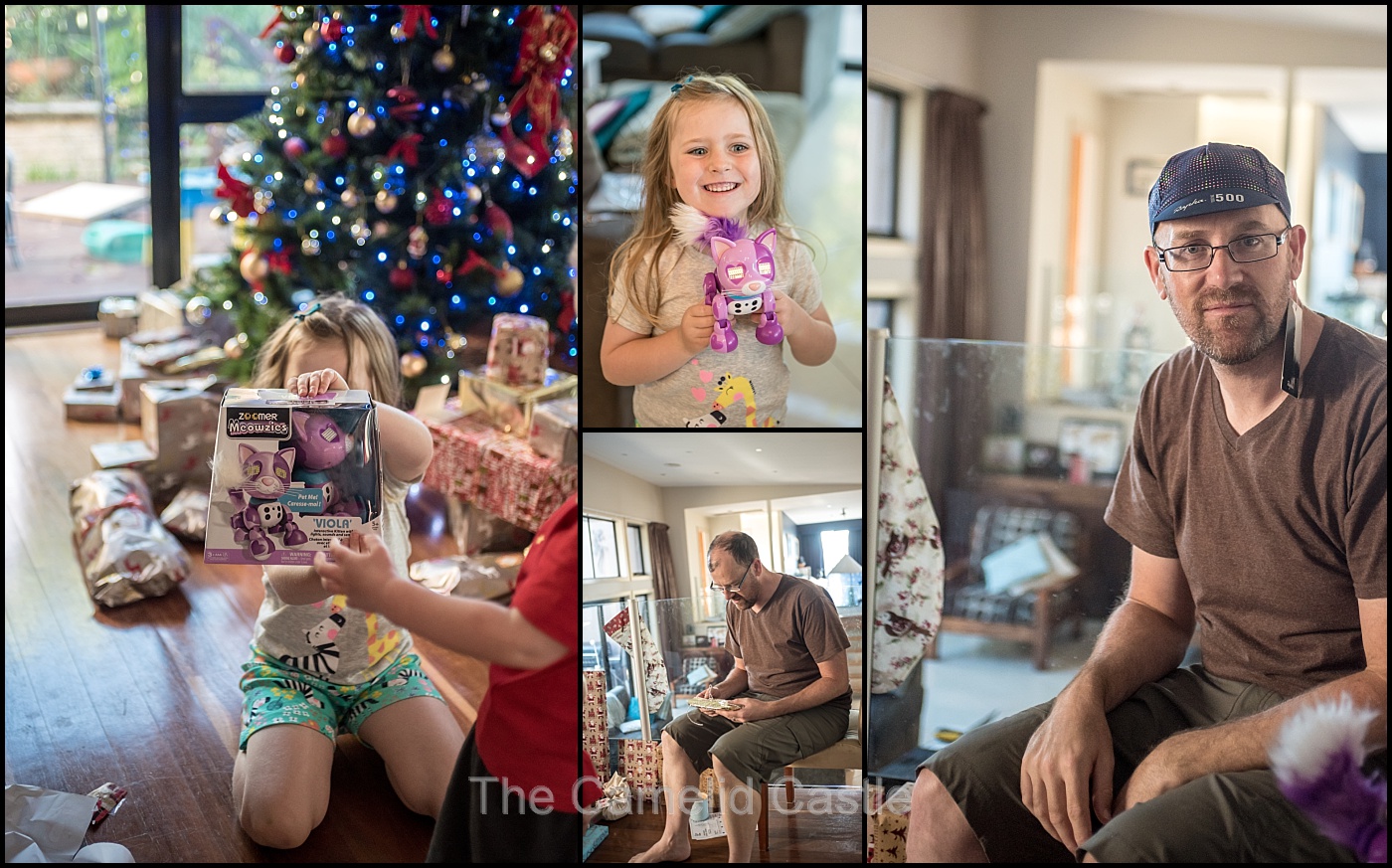 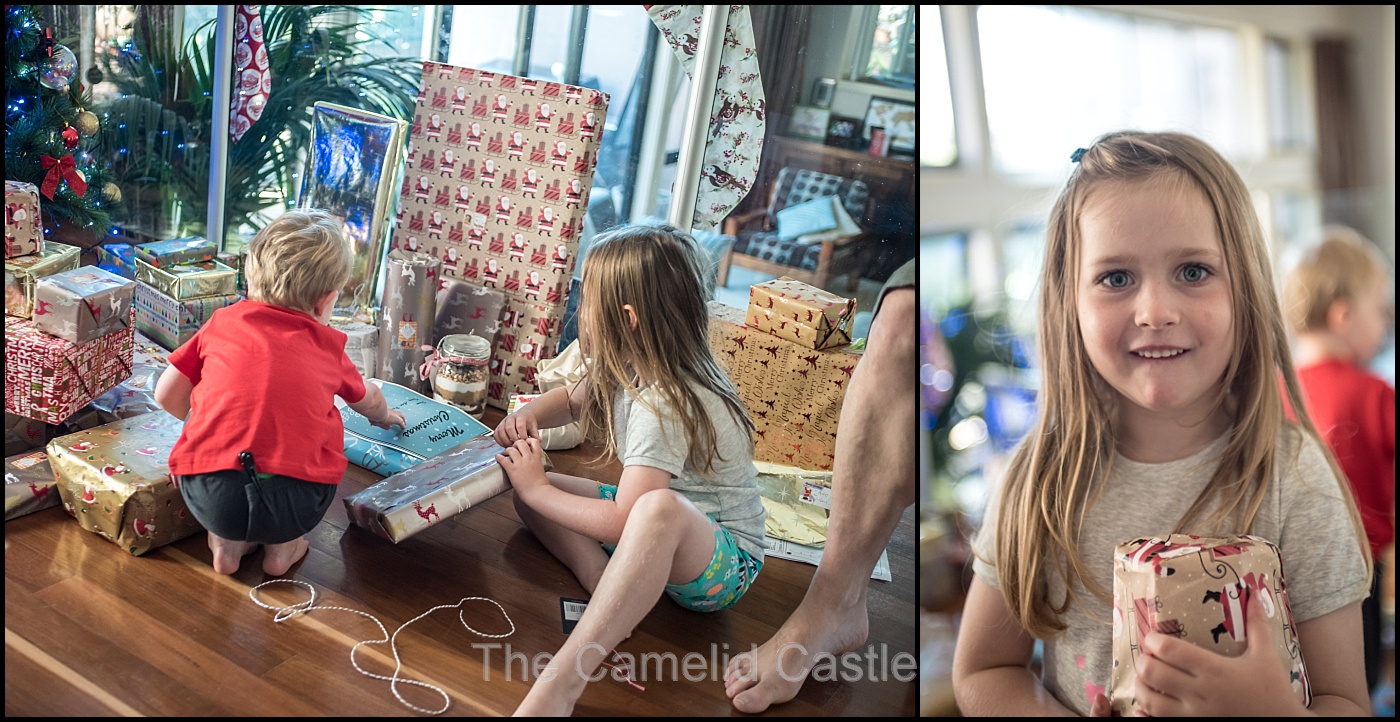 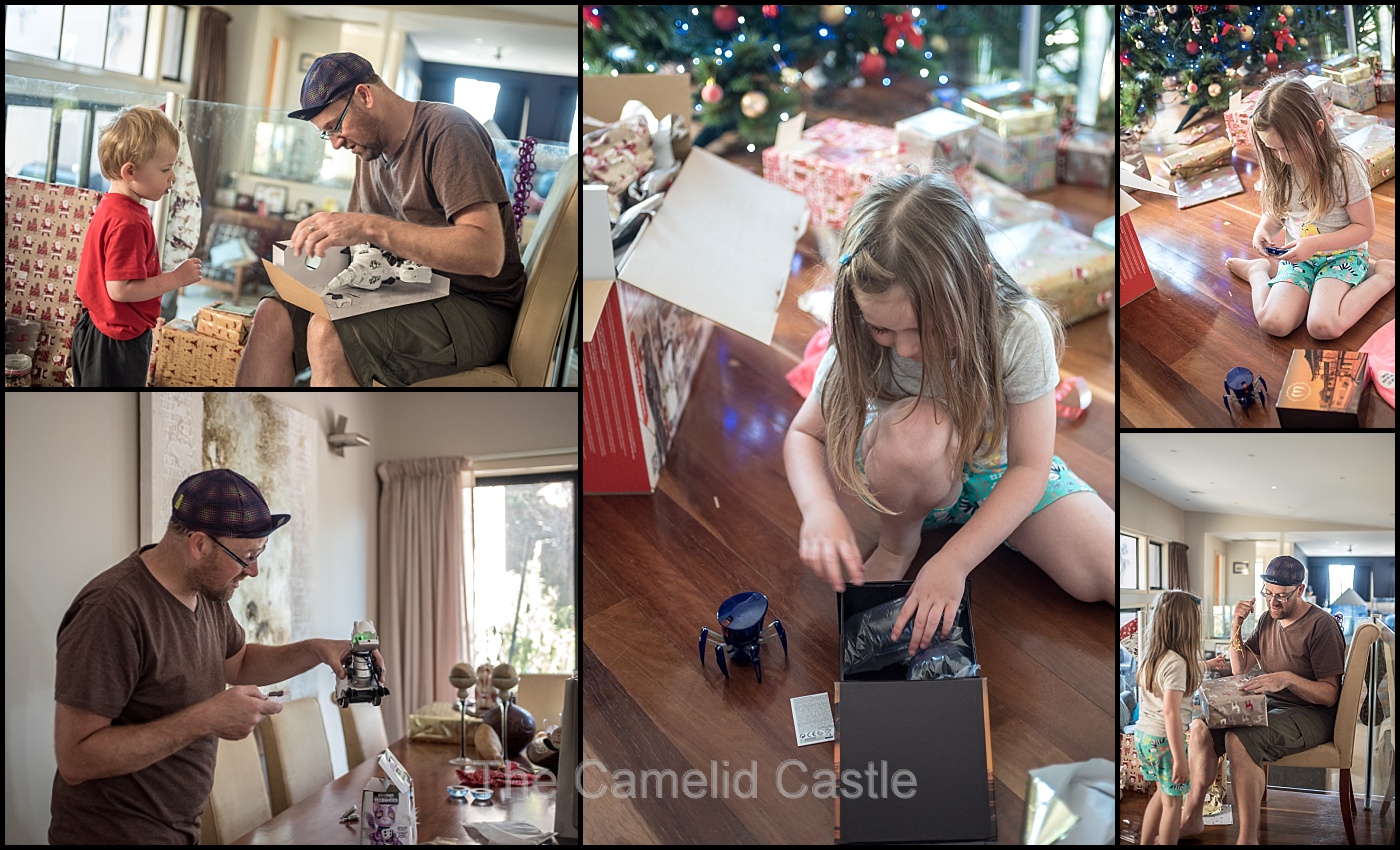 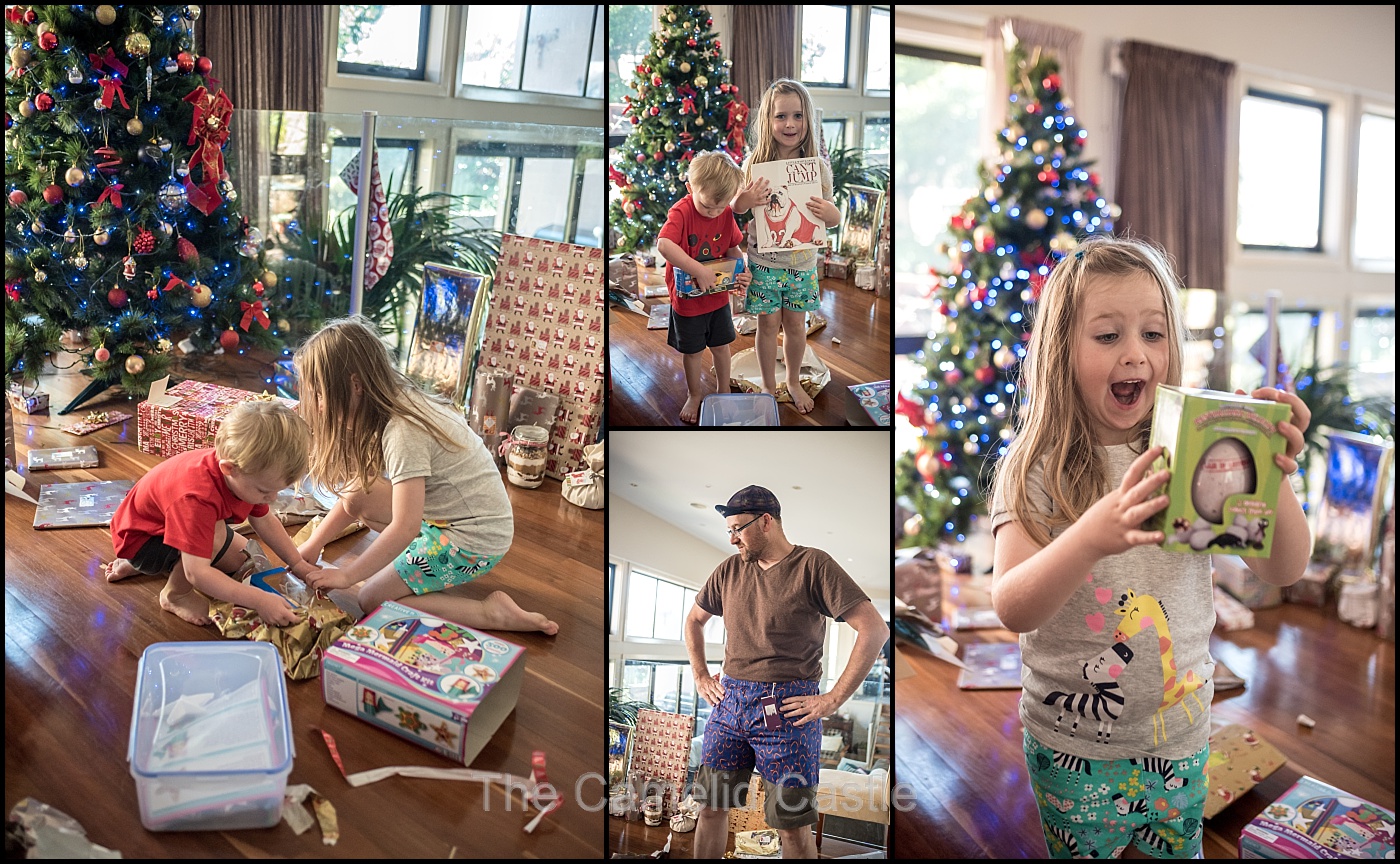 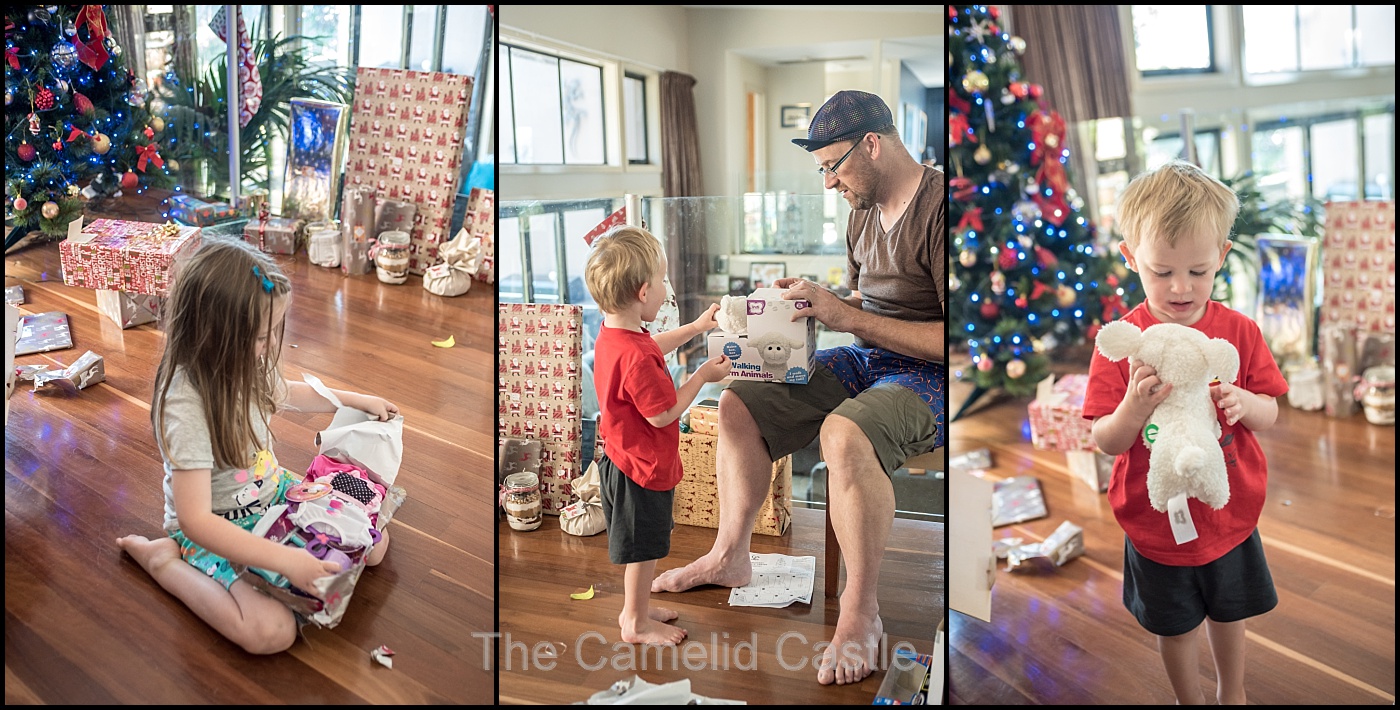 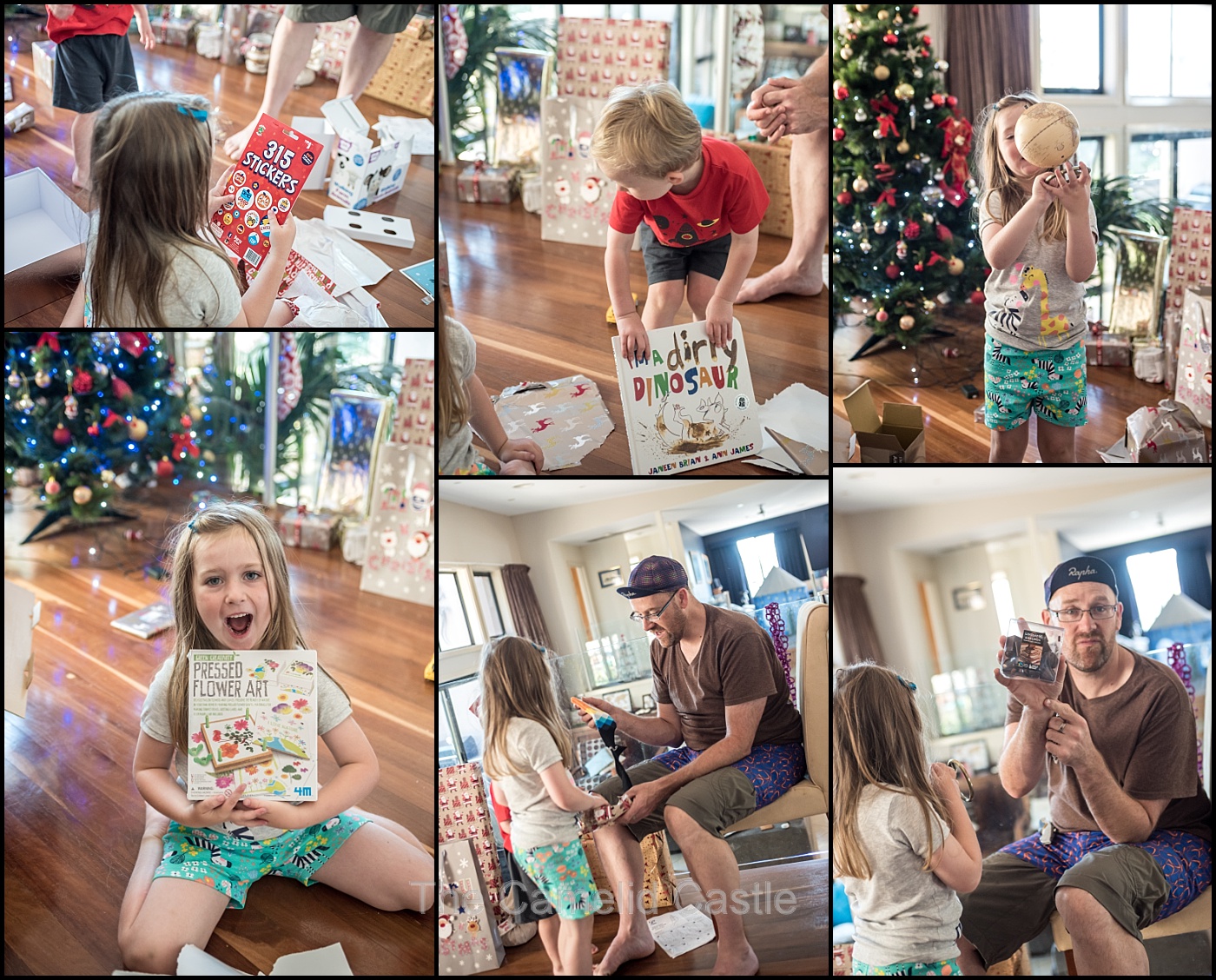 After a lot of present opening Grandma and Grandpa and Uncle Mikl turned up for, yet more presents…… 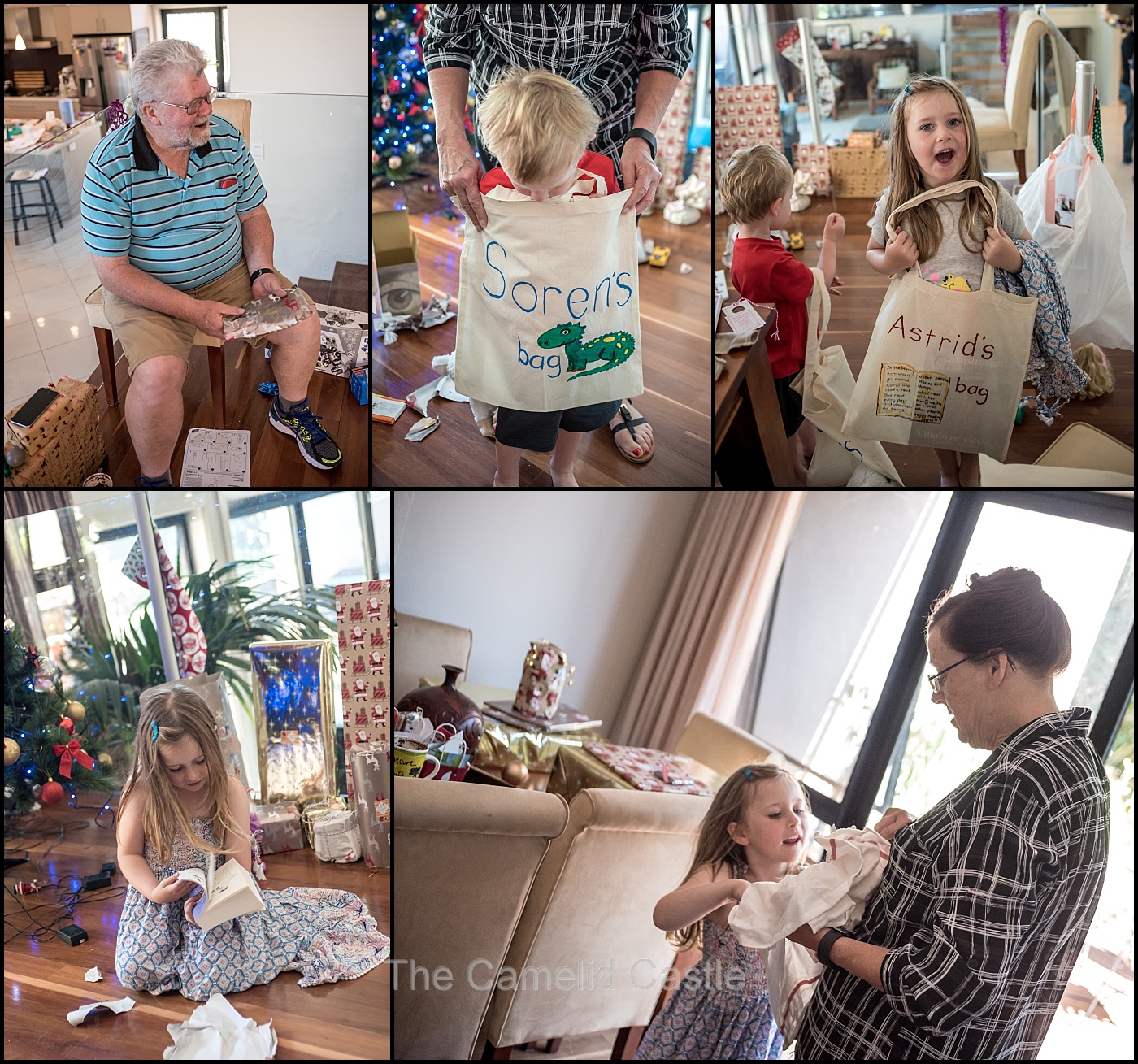 After a bit of a play with all the new loot, and the alpacas had been out for their walk, it was time to pack up and head over to Granny’s house for our Christmas lunch. We had an entire boot full of food and presents for our trip over (and somehow returned later that day with a similar amount)!

As usual Granny had gone overboard and the kids were totally spoilt for about the third time that day! 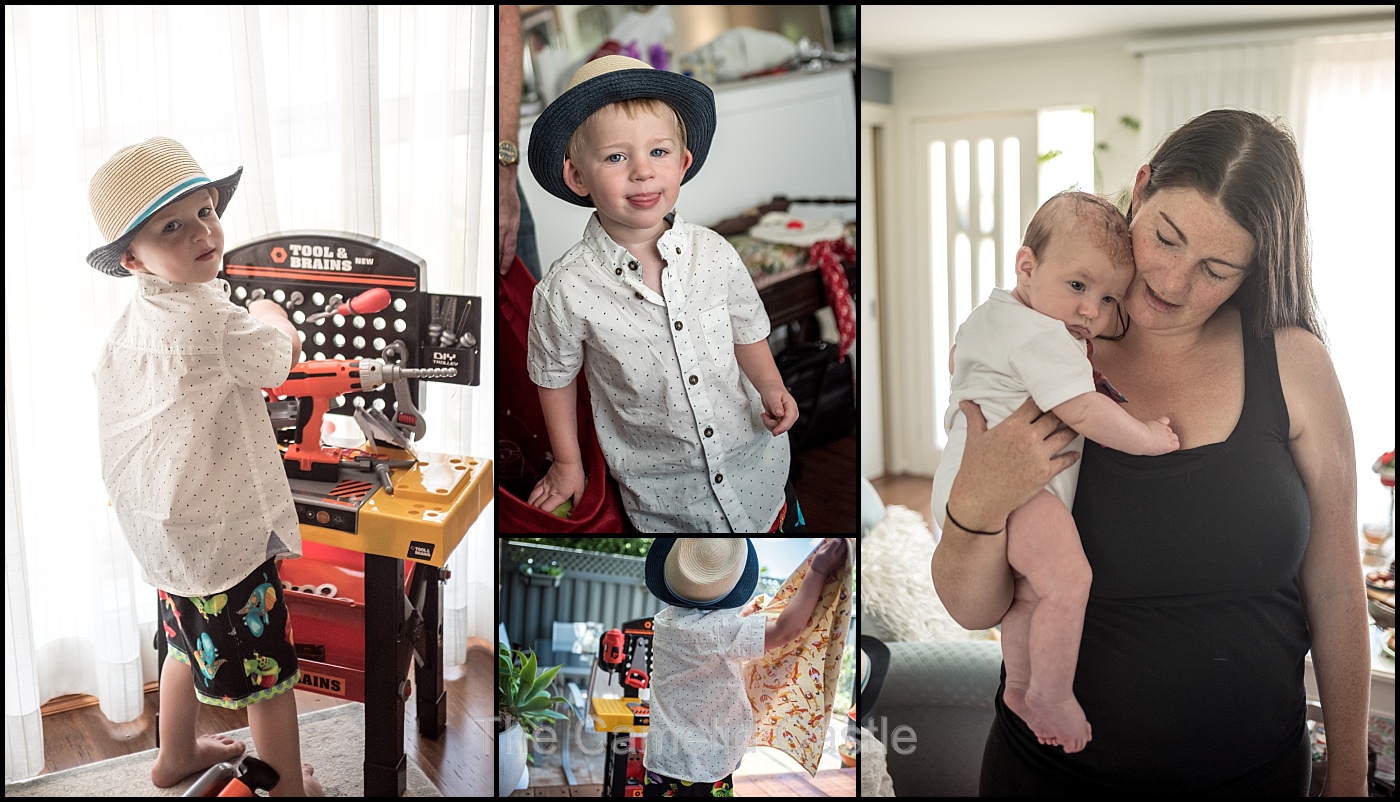 We predictably had more than enough food to fuel the festivities.  The stollen we had made worked out well and there was an impressive antipasto platter to keep us busy while Christmas lunch was being prepared.

There was 14 of us for Christmas lunch, and probably enough food for 40.  A huge array of salads, plus a turkey, ham and nut loaf in sugo for us vegetarians. Anto and I were responsible for dessert but did make a tray stuffing with roast pumpkin, apple and goats cheese that was rather tasty! I actually didn’t really take many photos of lunch, too busy eating…… 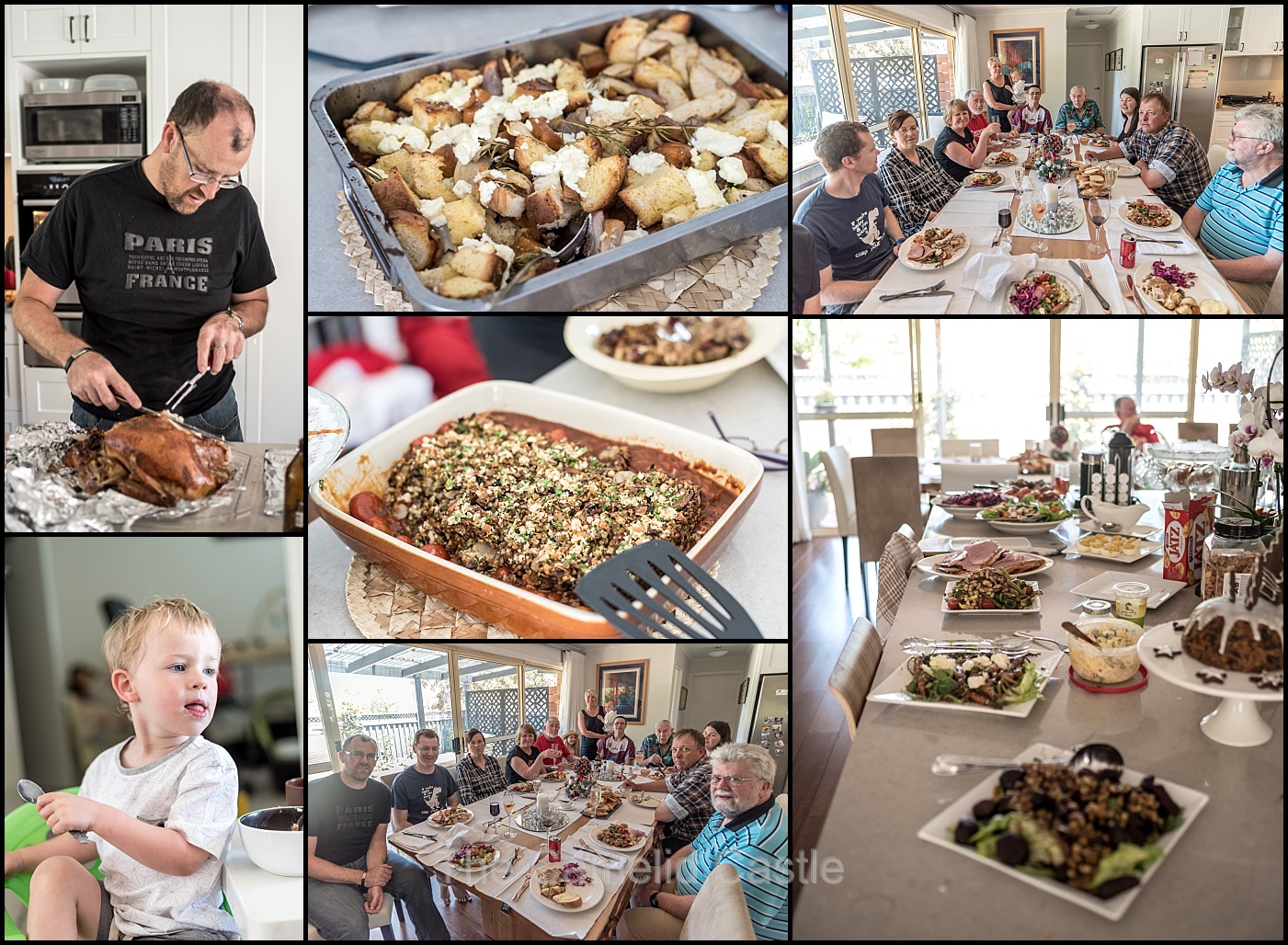 After a suitable break, it was time for dessert. The kids had helped me with the chocolate gingerbread (and decorating). We had also made a figgy Christmas pudding and a chocolate-cherry steamed pudding. Anto had dutifully manufactured 2 litres of vanilla custard, and I’d been up all night making a berry-mascarpone trifle with panettone.  There was definitely enough Christmassy-sugar filled goodness to keep everyone happy! 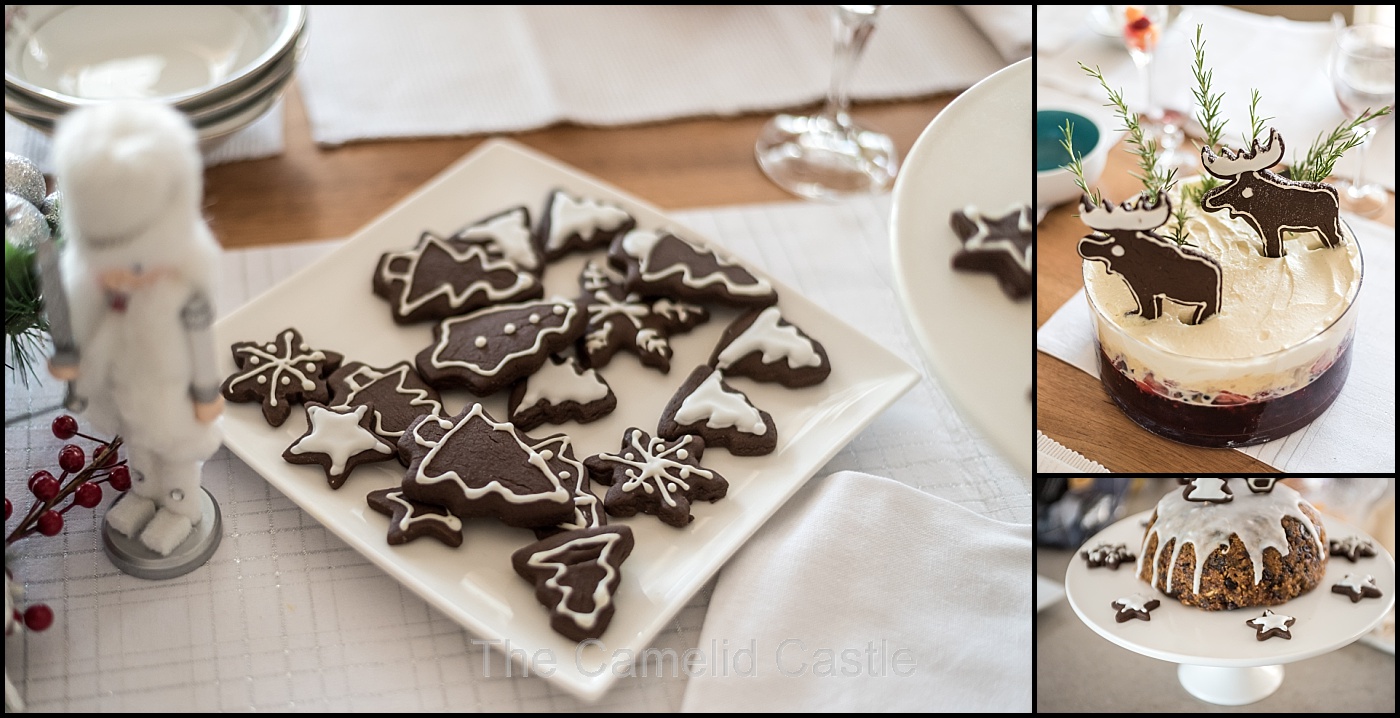 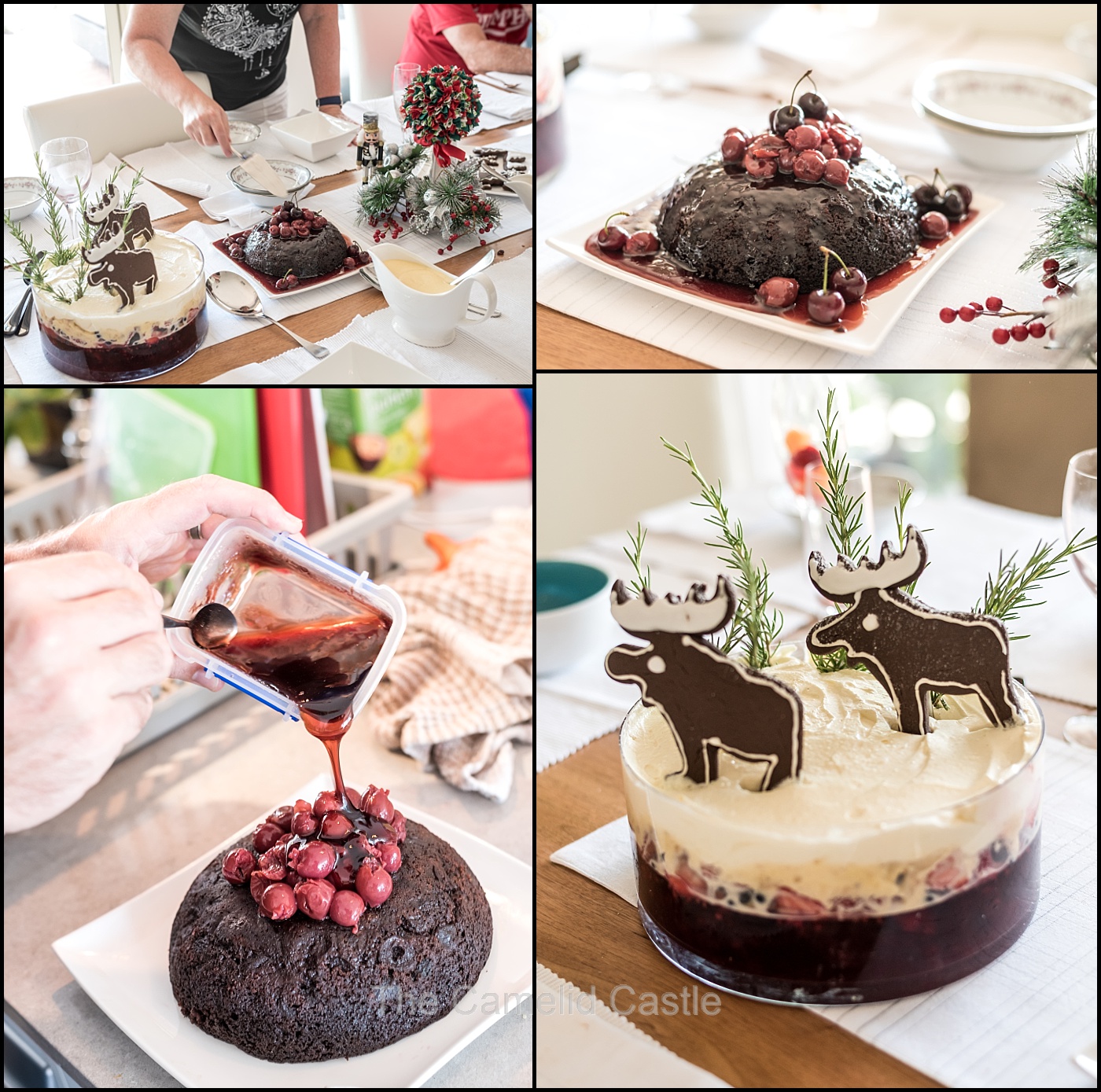 Just to prove that I actually do exist, I did insist on some family photos, including the grandparents.  We also tried to get a photo with the three cousins as it was baby Bob’s first Christmas.  Astrid and Soren were pretty excited to share Christmas with their new cousin, baby Bob was a little bit less impressed. Maybe next year we’ll get a good photo of all of them! 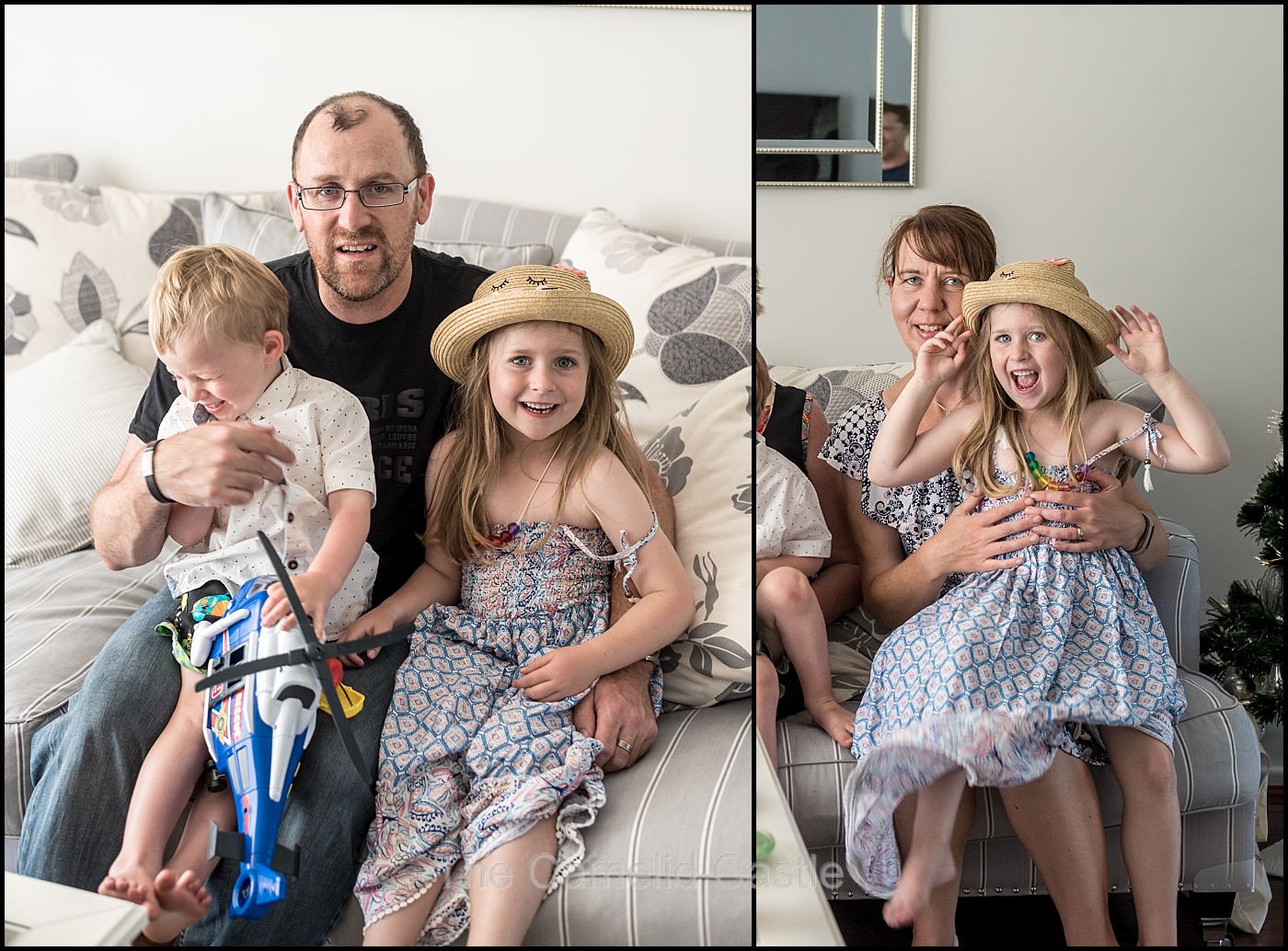 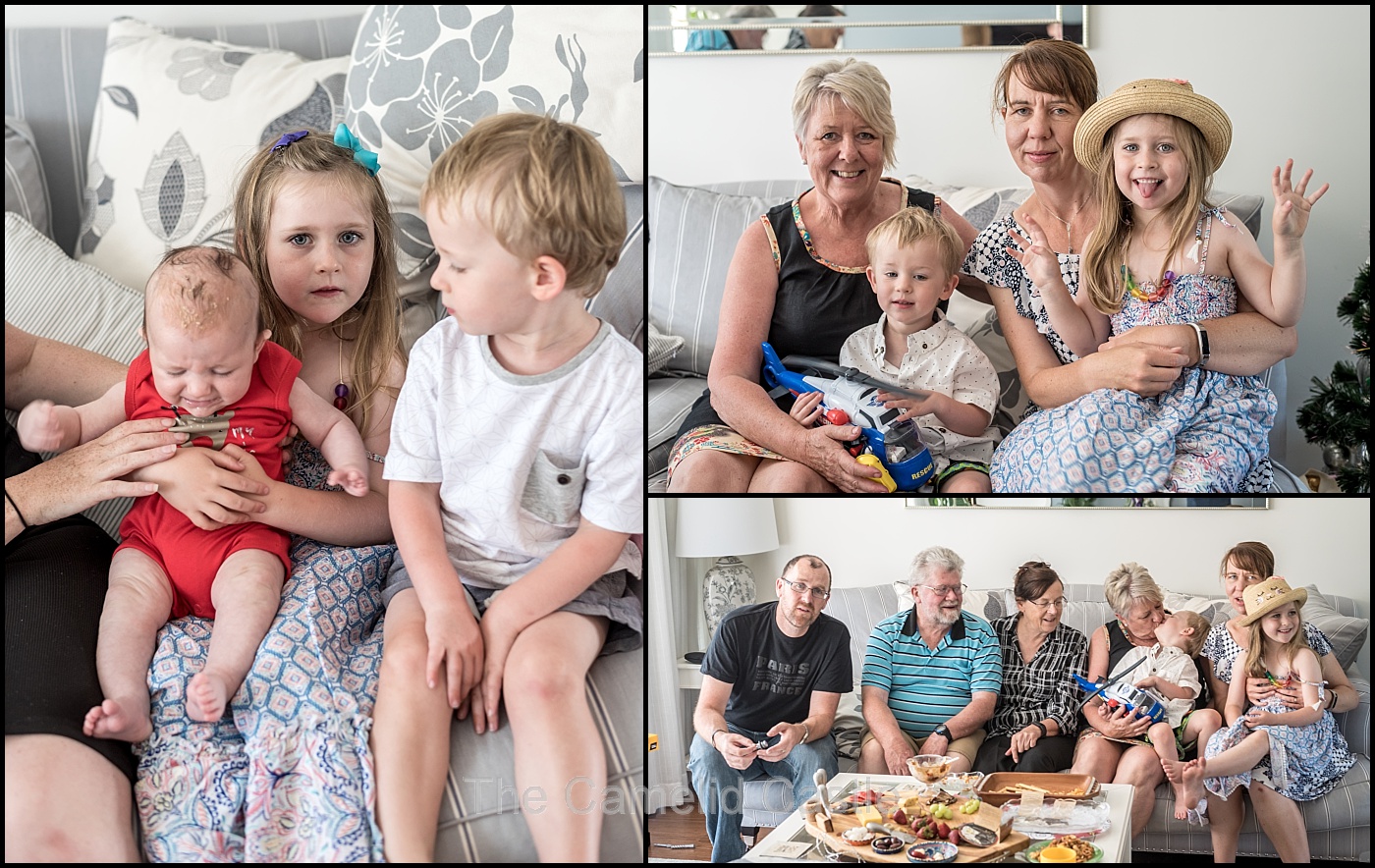 After a day full of too many presents and too much food we all made it home, exhausted and with enough left-overs to feed us for a few days.  The kids had an absolute ball and loved spending the day with their cousin and other family members.  It was the first Christmas at my mum’s new place and the first Christmas without my Nanna (she had passed away in April).  Lots of firsts this year, and a good 30 degrees hotter than our Berlin Christmas the previous year but a good day nonetheless.

The kids are already hatching plans for Christmas 2017, and as Astrid has already informed everyone, 2017 is not a leap year so there is one less day to wait!