The week before Christmas we headed North to the Sunshine Coast to visit my dad (aka Gramps) and enjoy a short break on the Sunshine Coast.  As it had been a couple of years since our last visit,  and the kids were now a little older, we decided to do some of the touristy things, along with plenty of time for swimming and enjoying the school holidays!

We started out our trip with a visit to the Maroochy botanic gardens. We’d never been here before and it was pleasantly shady to walk around on a hot day. The kids had to pose with all the sculptures, a habit they developed when posing with statues all through Europe! 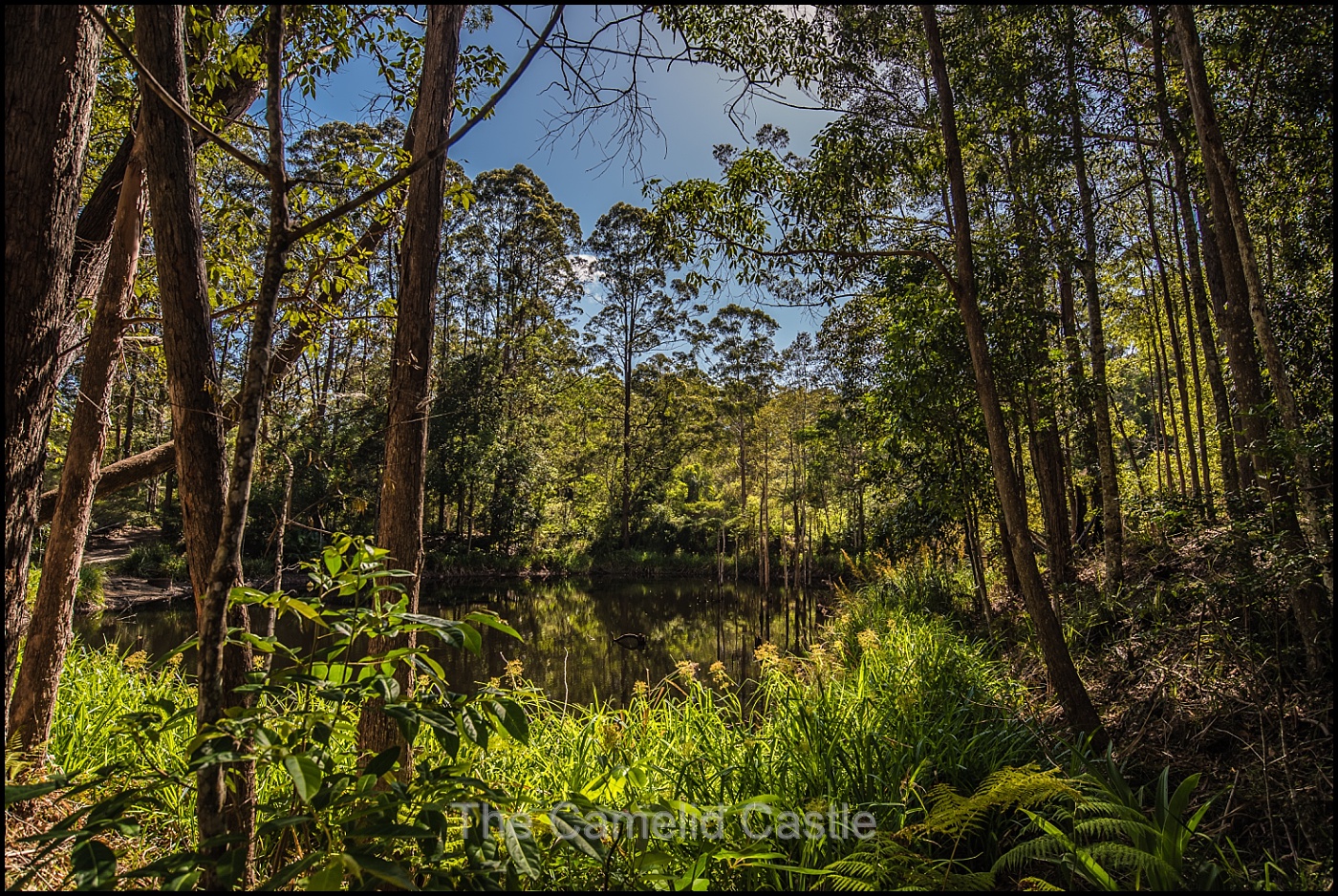 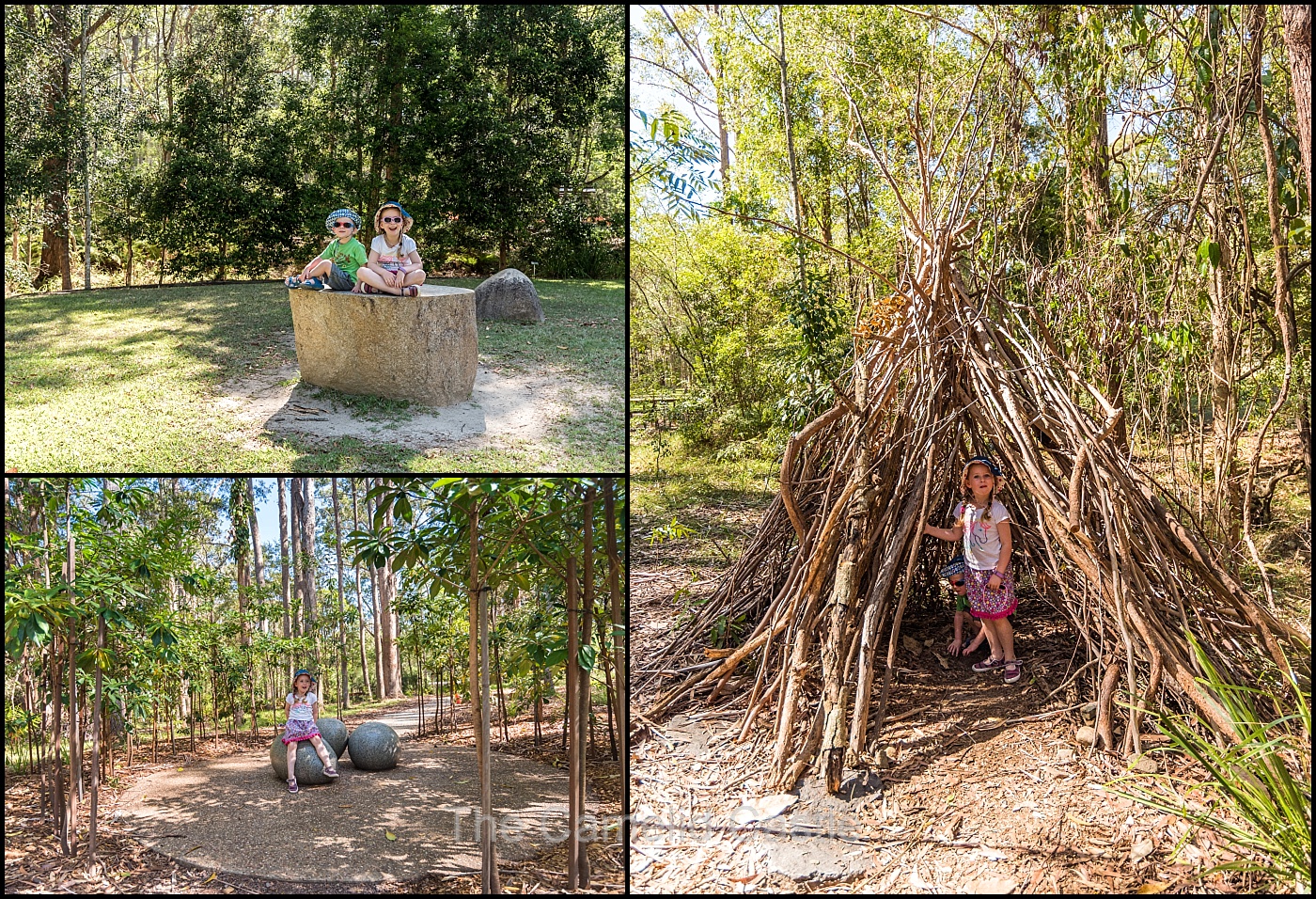 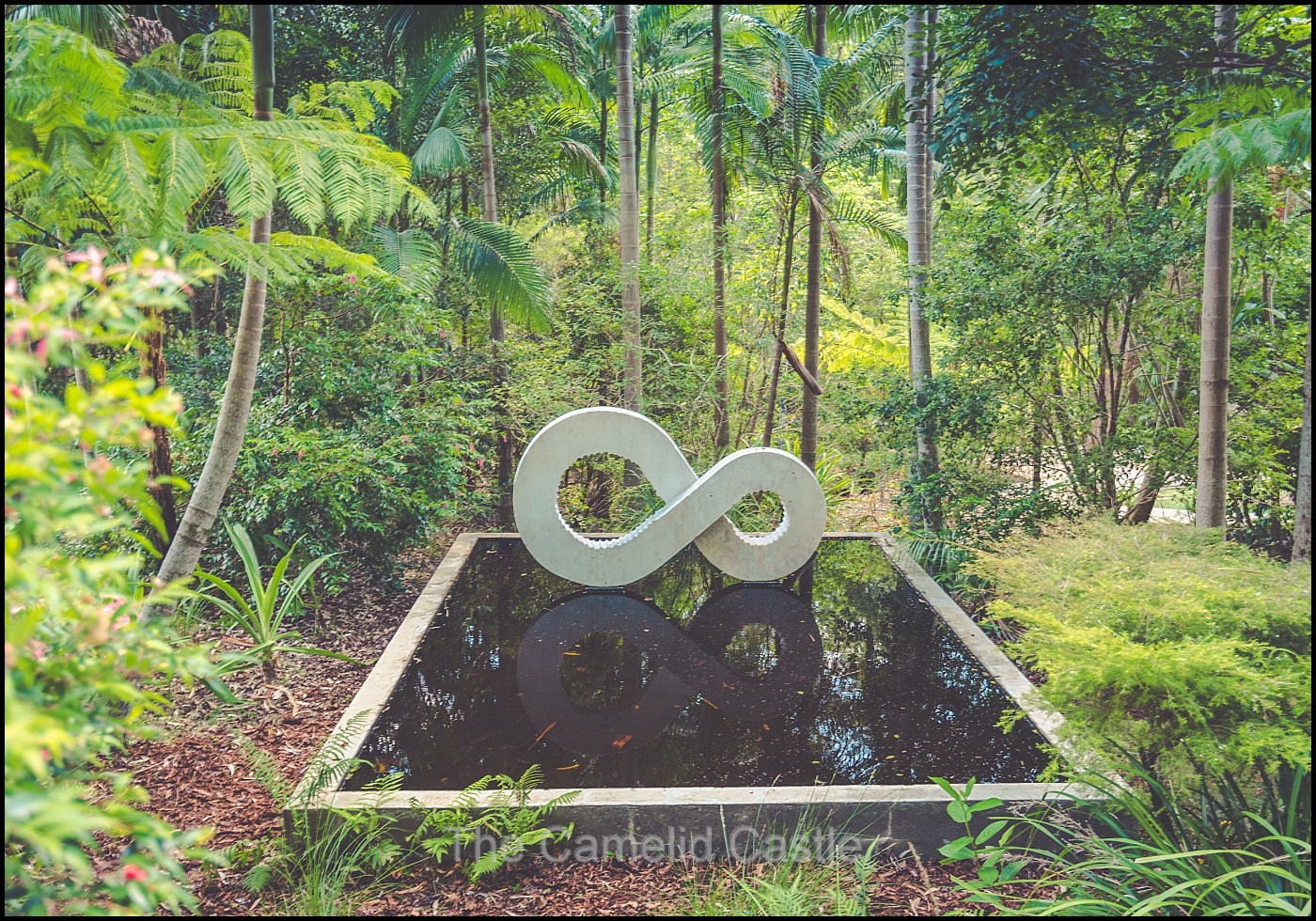 Next up we visited the nearby Bellingham maze.  The kids had a good time getting lost in the big hedge maze and finding (most) of the gnomes. 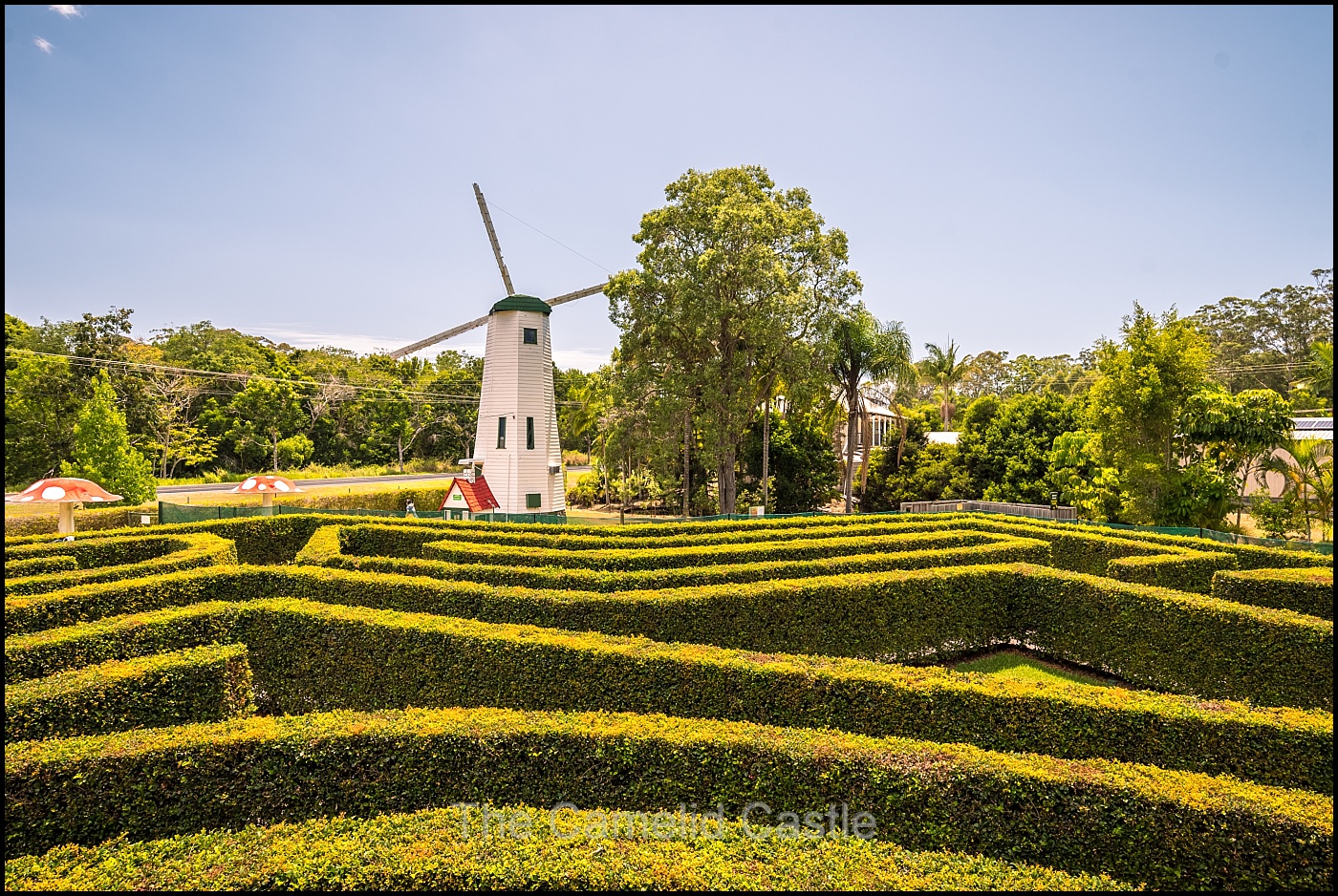 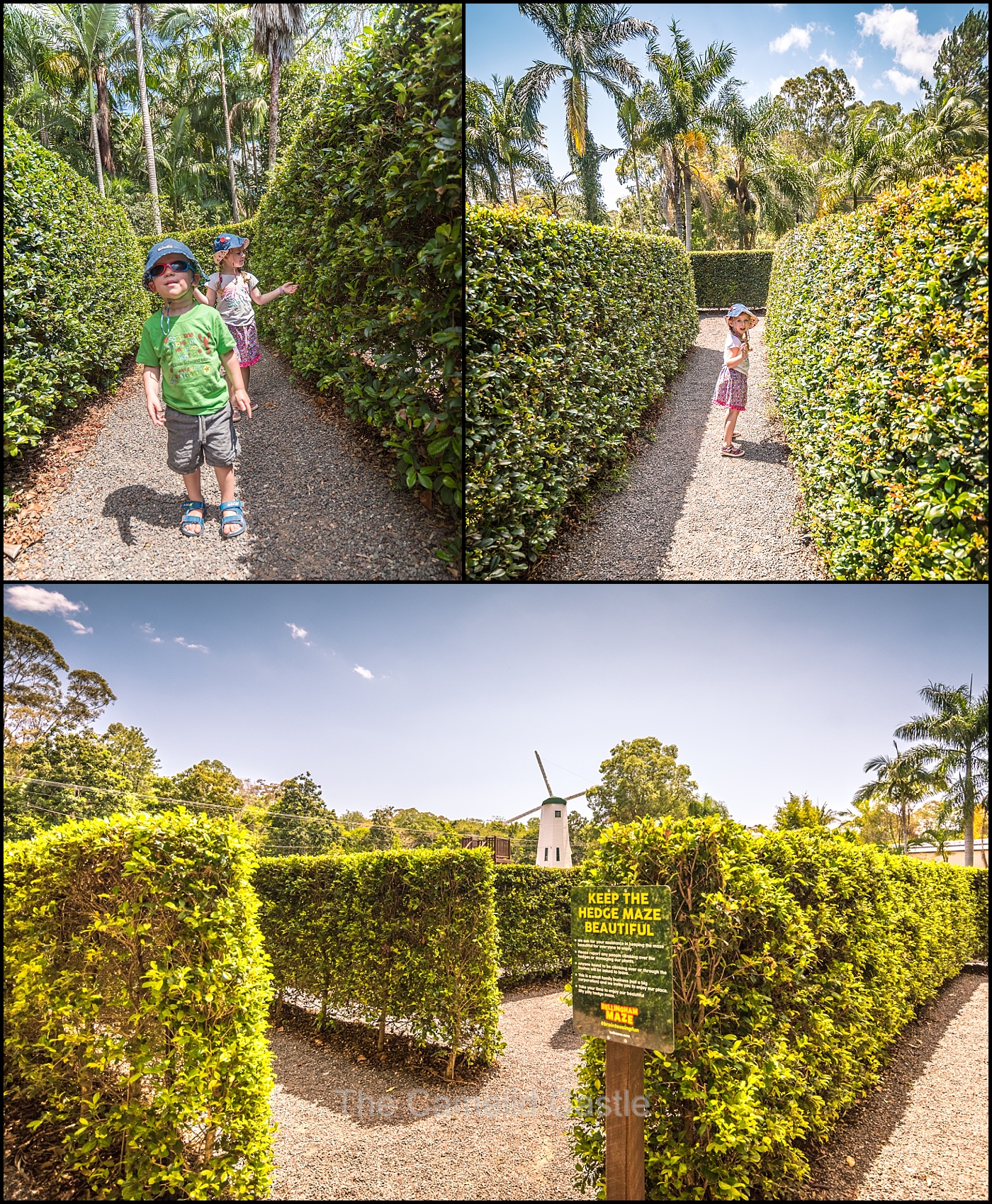 It was pretty warm and we had a quick play on some of the smaller mazes before the kids voted for mini golf. Despite never playing mini golf before they had a ball and did well.  We made it through 15 holes before deciding it was too hot and heading back for a rest. 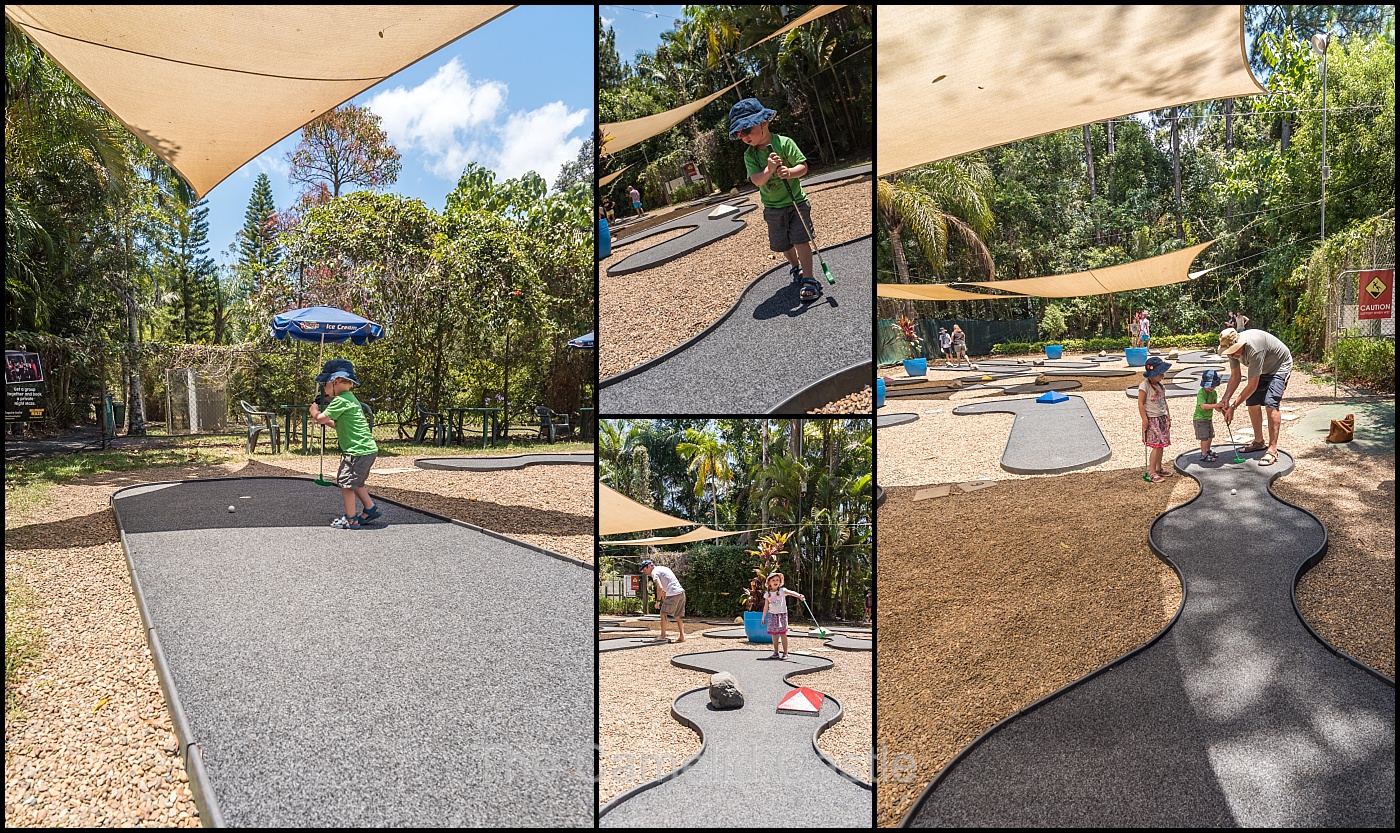 Another day we decided to explore the Glasshouse Mountains. It had been a number of years since Anto and I had visited and the kids hadn’t ever been.  Astrid was convinced one of the mountains was the same as the one from ‘Frozen’. Soren was just happy to see a lizard.  We did plenty of stopping and eating through Maleny and Montville and even managed an afternoon of chocolate tasting before getting caught in a thunderstorm. 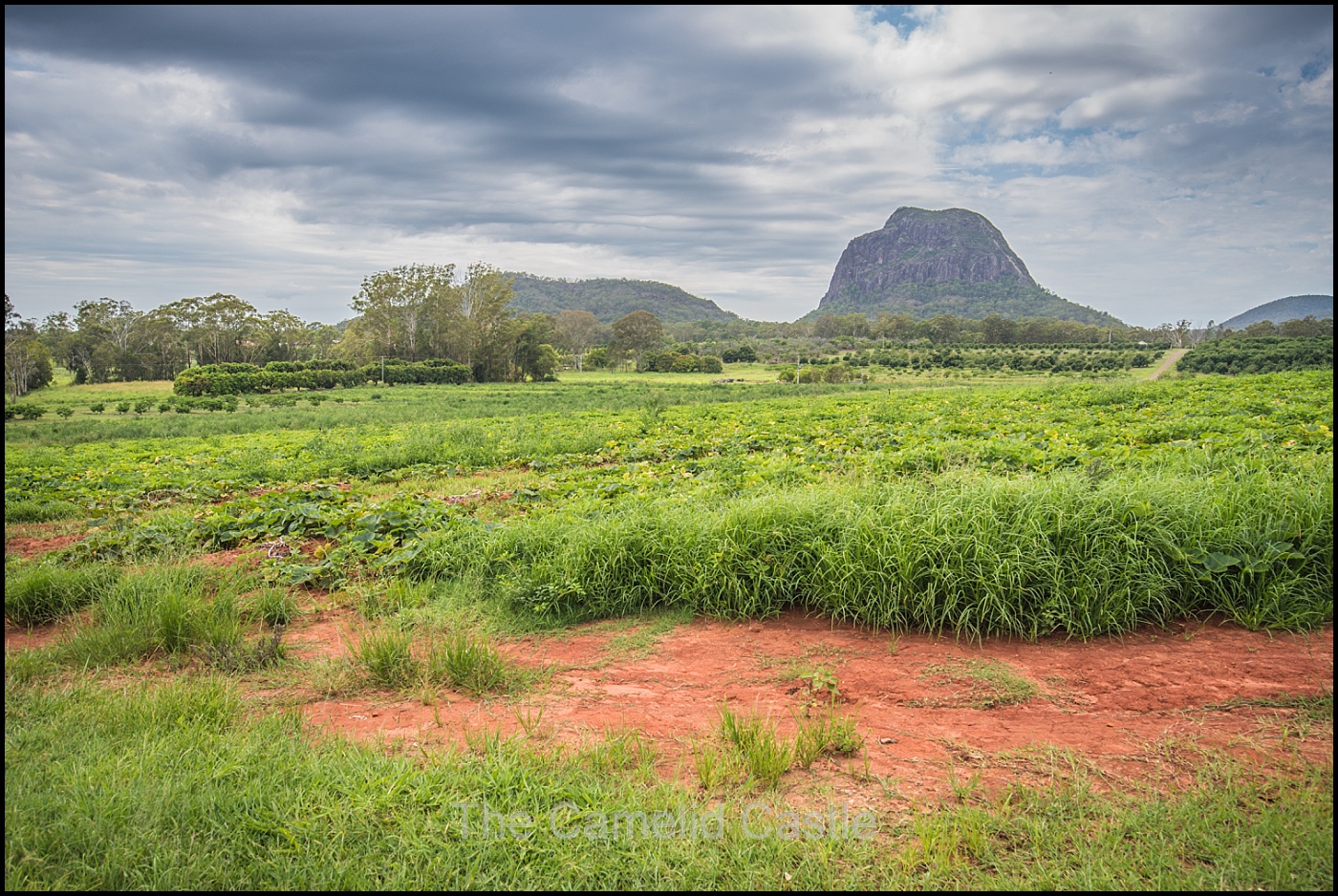 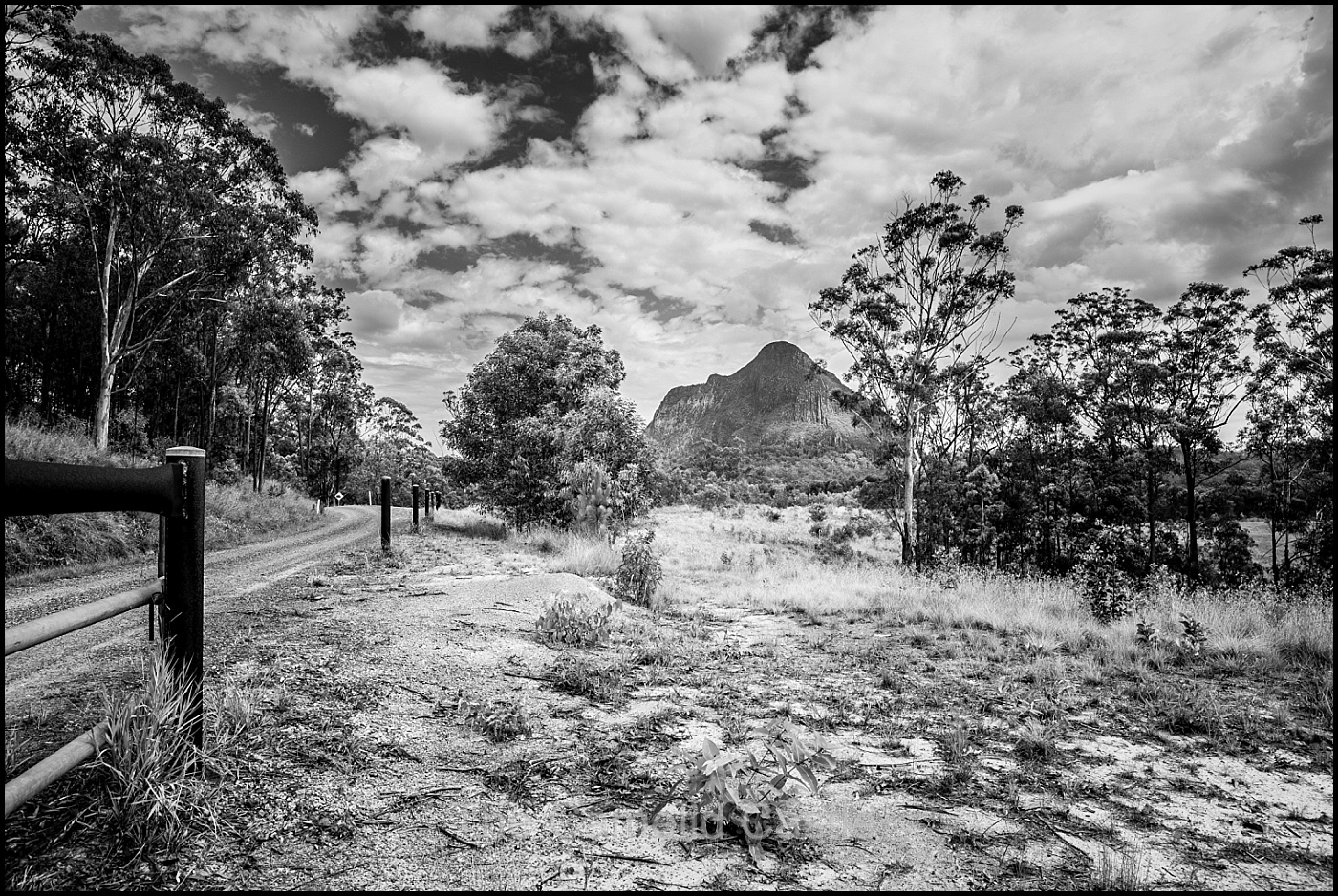 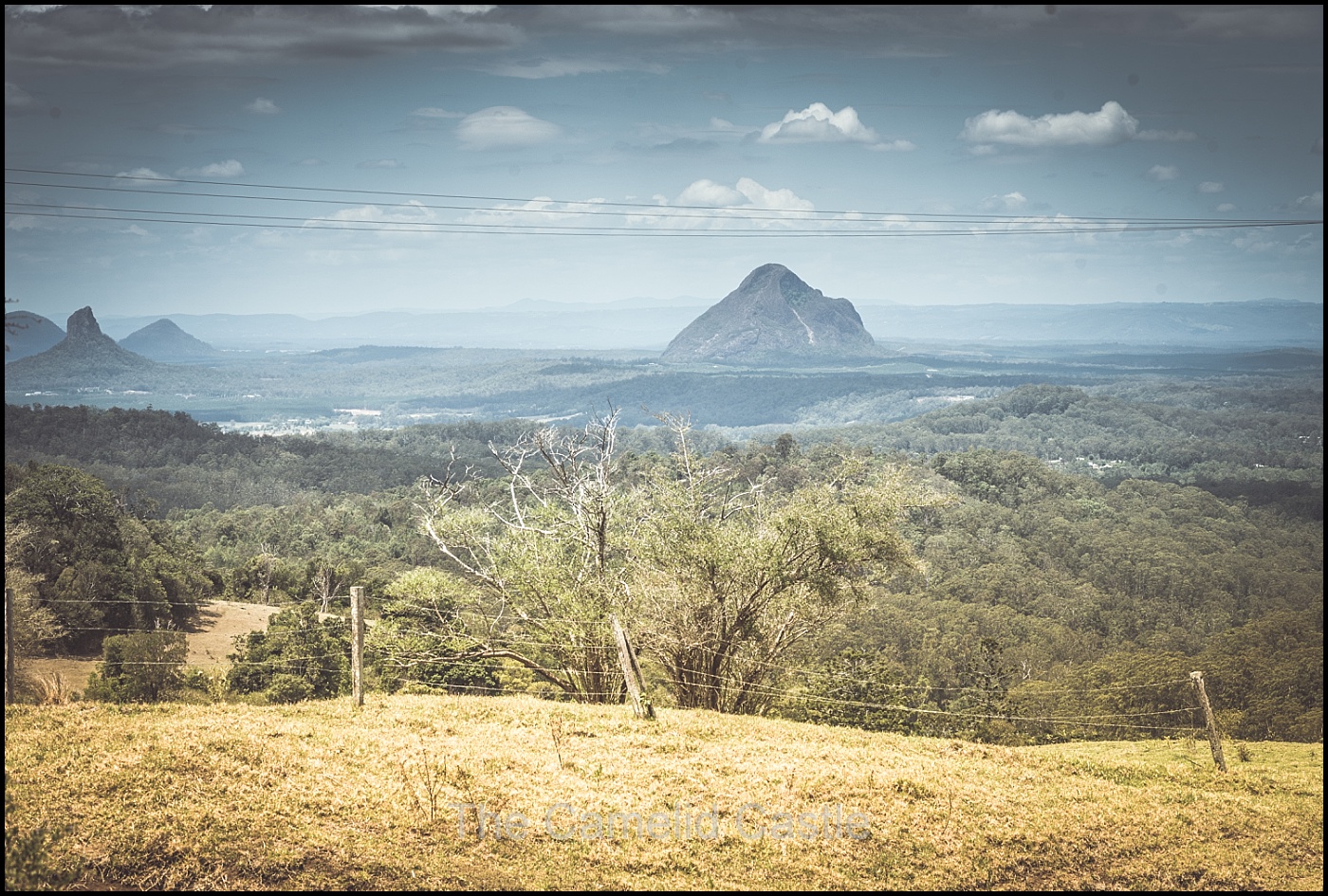 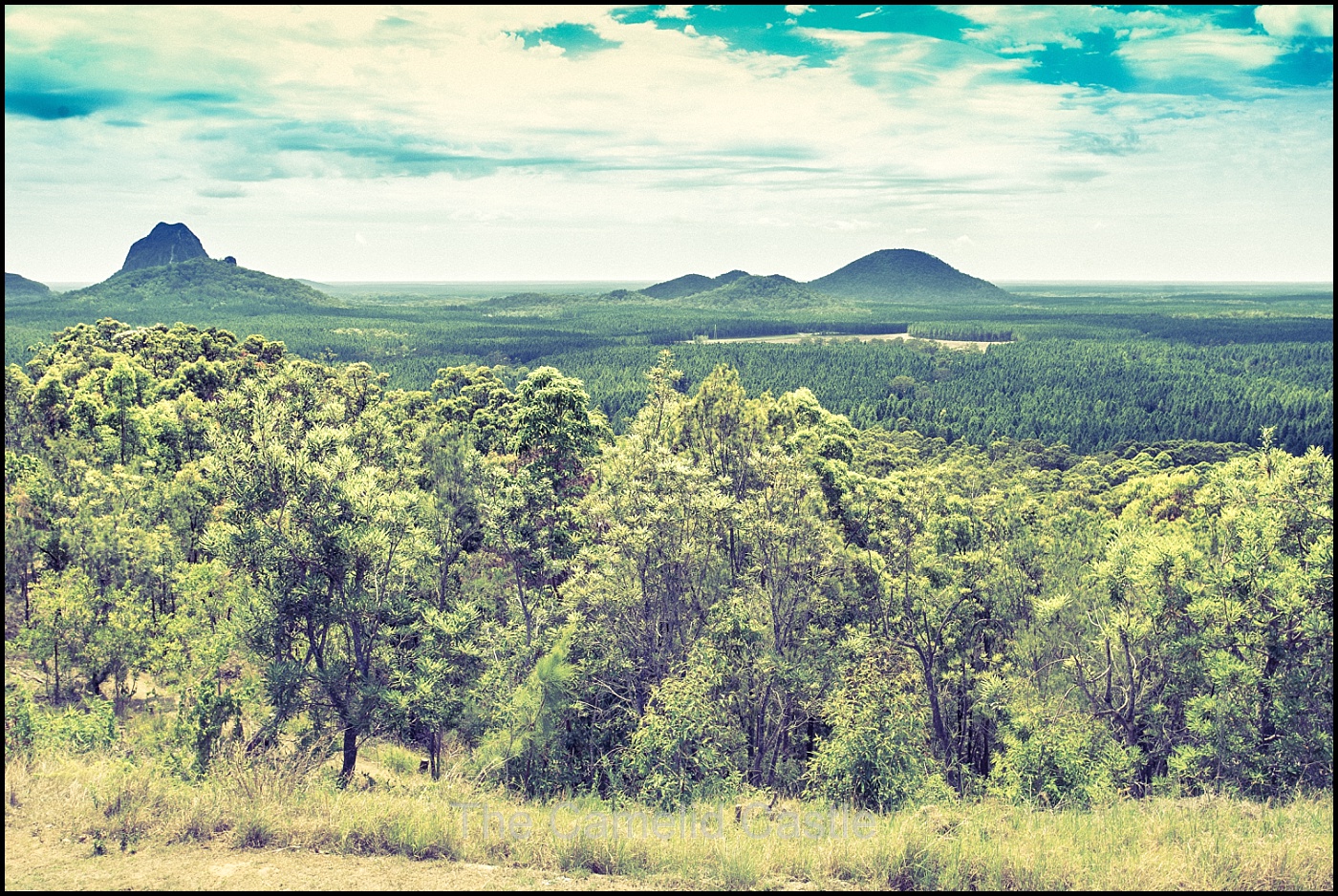 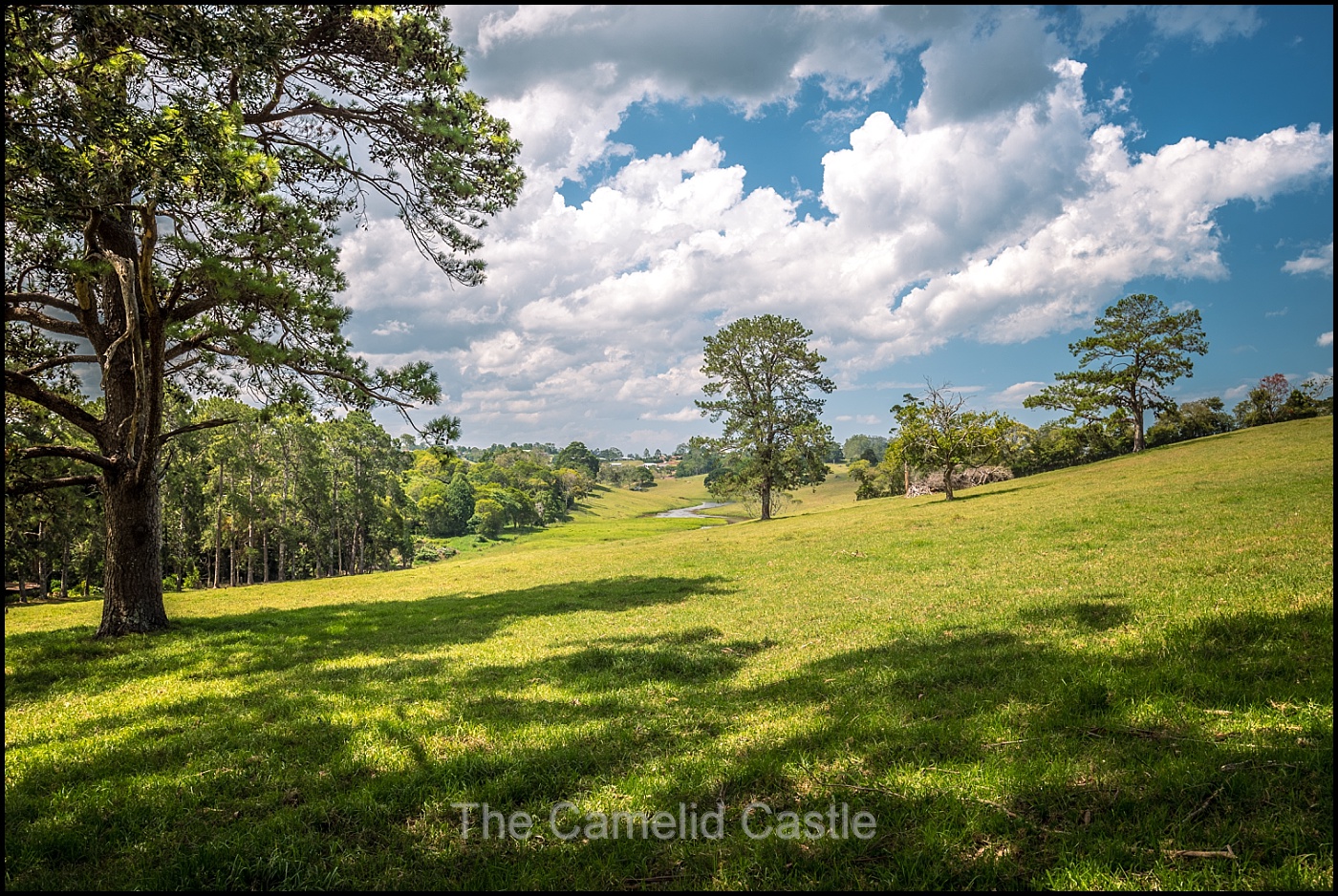 Between sightseeing we did spend quite a bit of time in the pool. The kids got a giant inflatable Nemo for Christmas and there was much hilarity as we all tried to ride him!

After a rather warm weekend we planned a trip up to Coolum on the Monday to take the kids to Stumer’s beach with Molly the dog.  Somehow we had unseasonably cold and wet weather and our beach visit and picnic lunch got rained out.  We all ended up drenched and a bit cold. The kids weren’t too fussed but eventually succumbed to the cold. 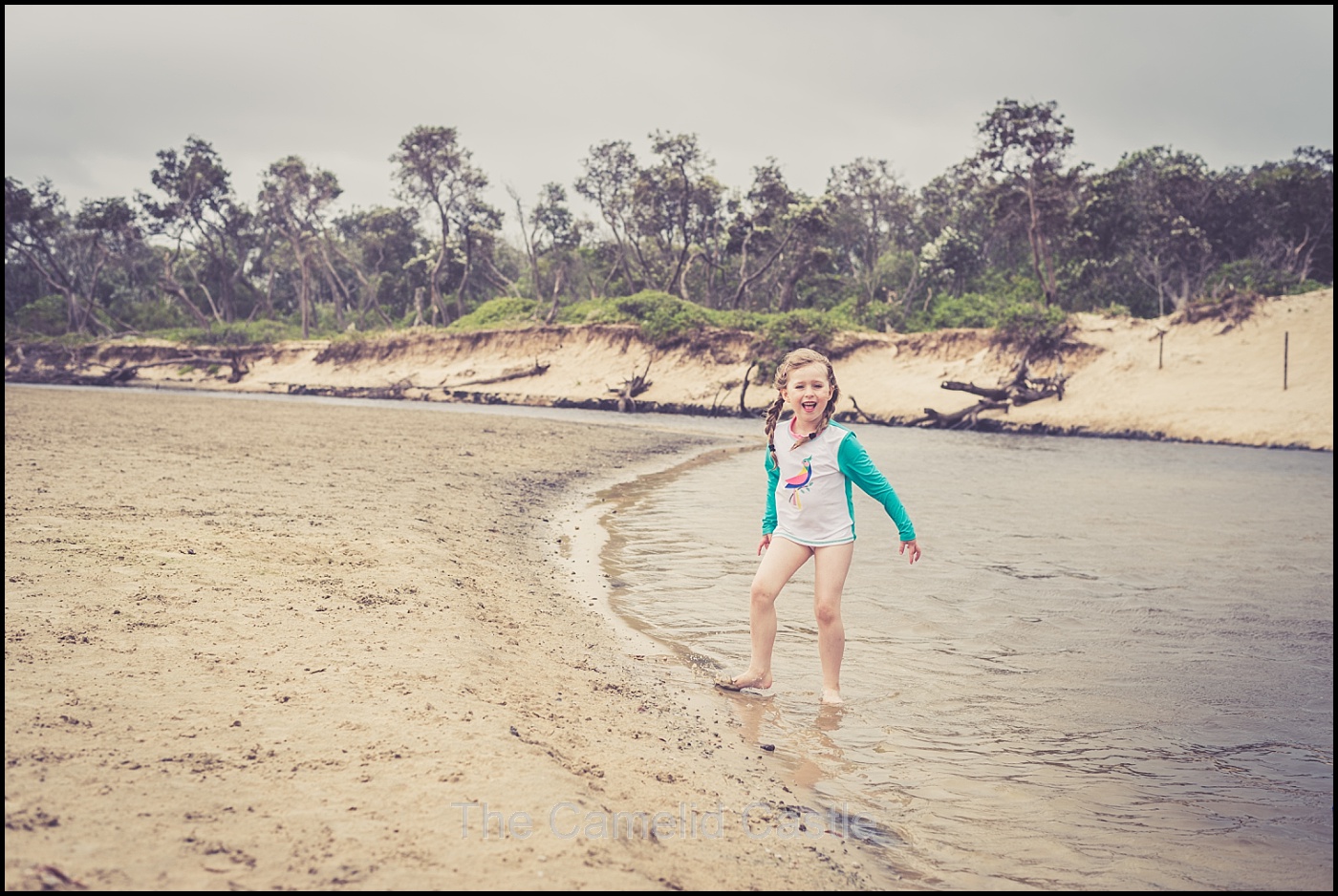 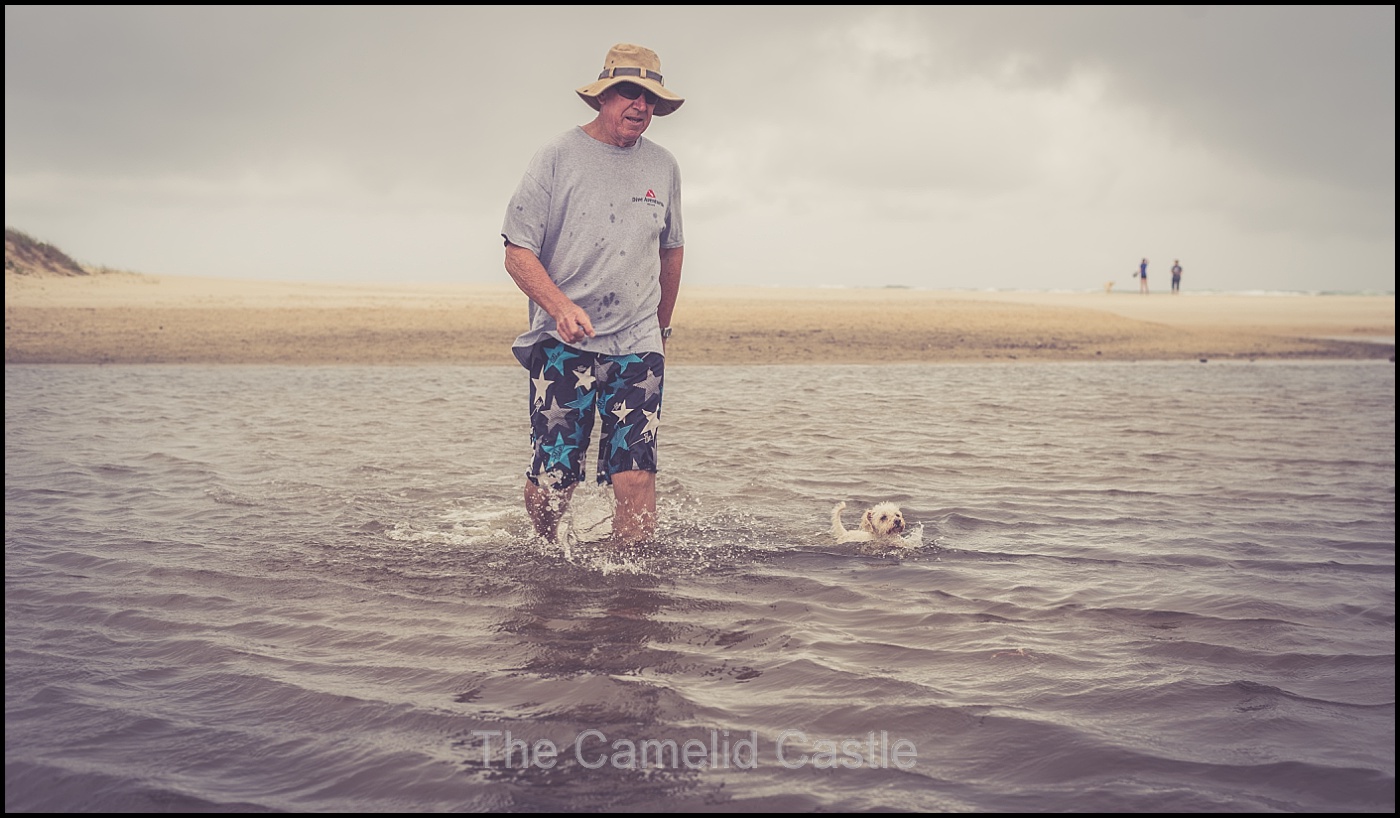 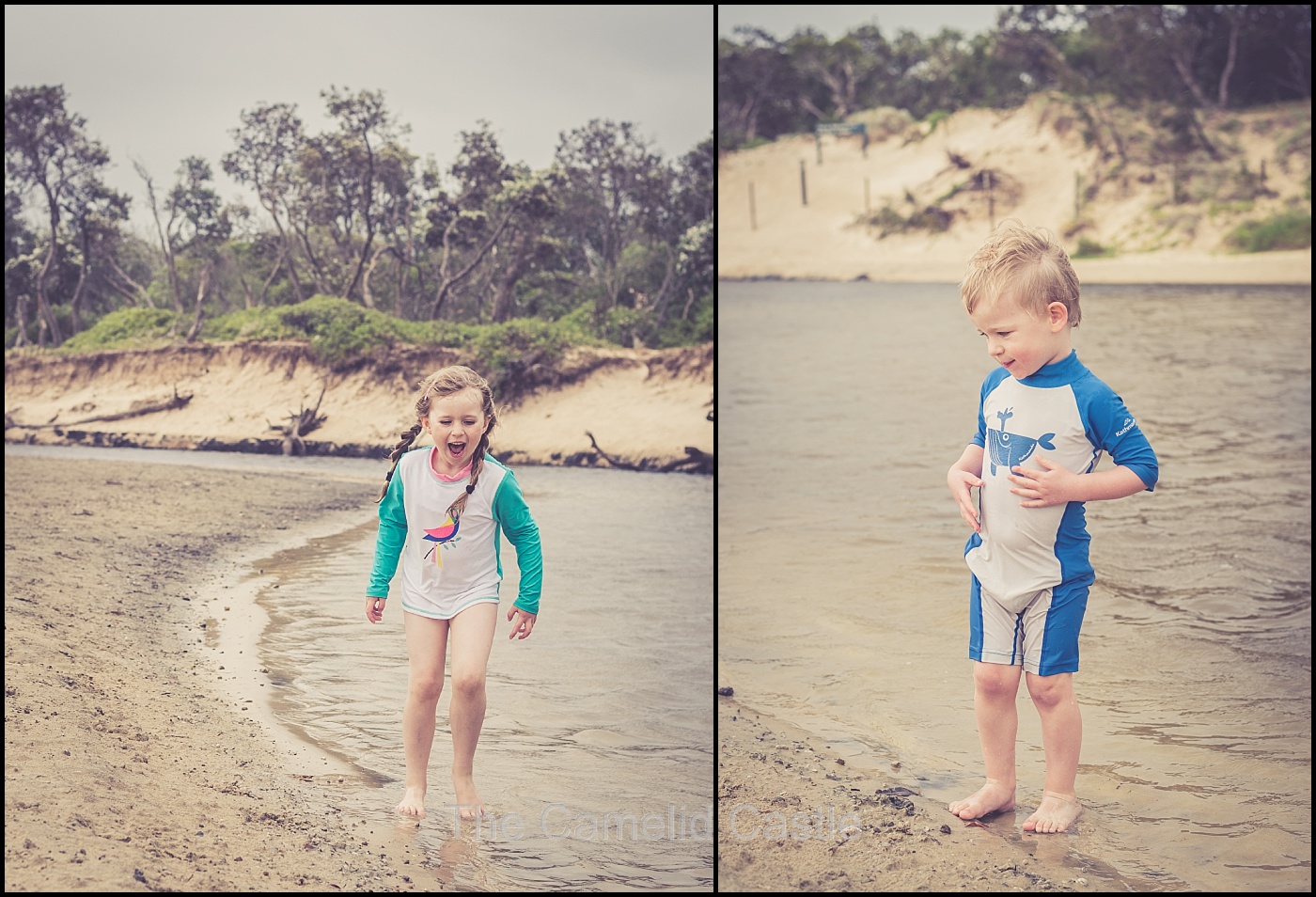 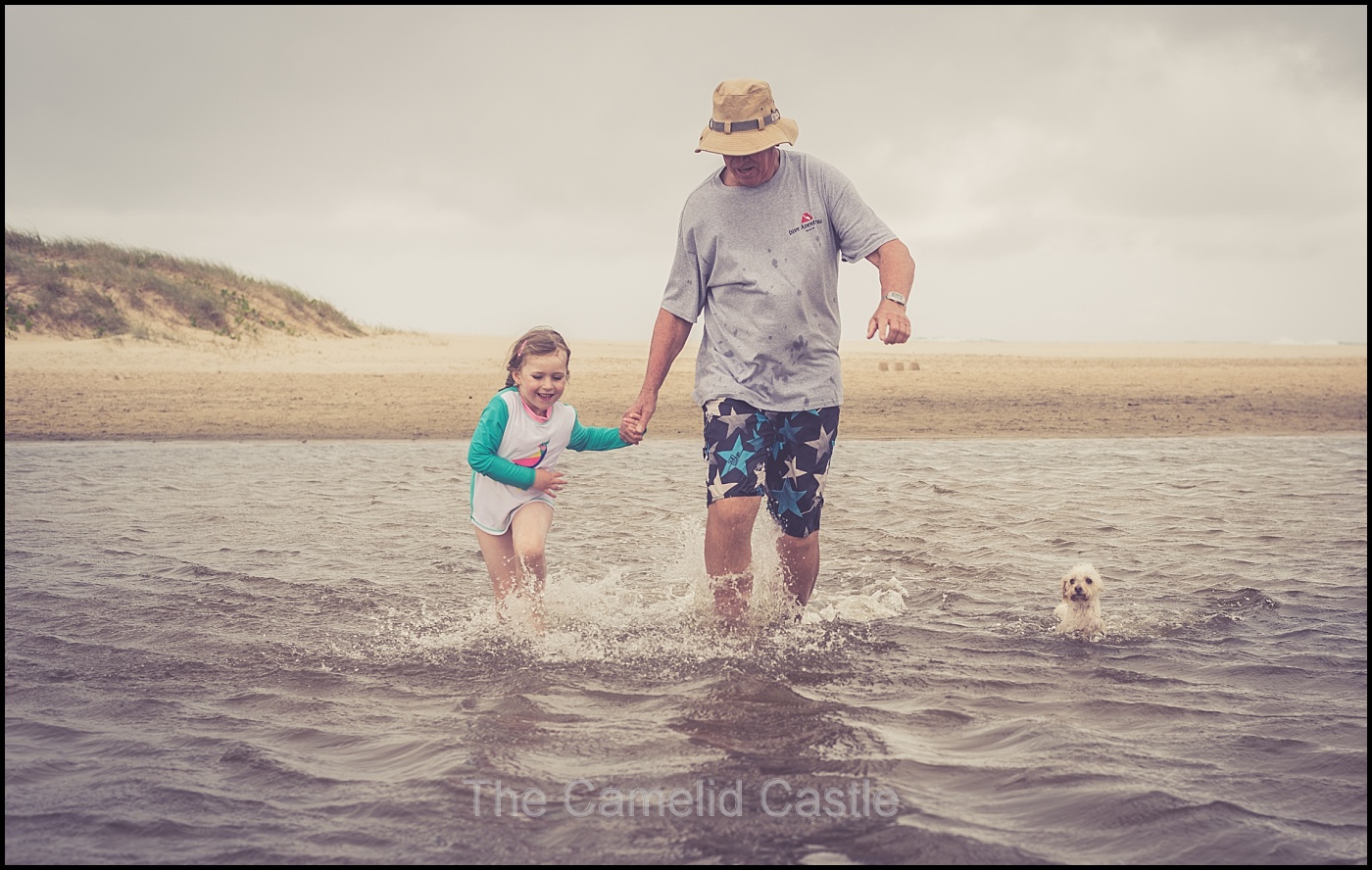 Not idyllic beach weather but Molly and the kids had fun!

Luckily on the Tuesday we had much better beach weather, back to hot and sunny! We headed up to Noosa for the day. Anto had spent the previous day working in Brisbane (and missed the beach drenching), but today got to work in the car and at Noosa River.  A much more interesting office for the day.  While he was doing some meetings we took Molly the dog for a walk along the river and had some morning tea with a view. 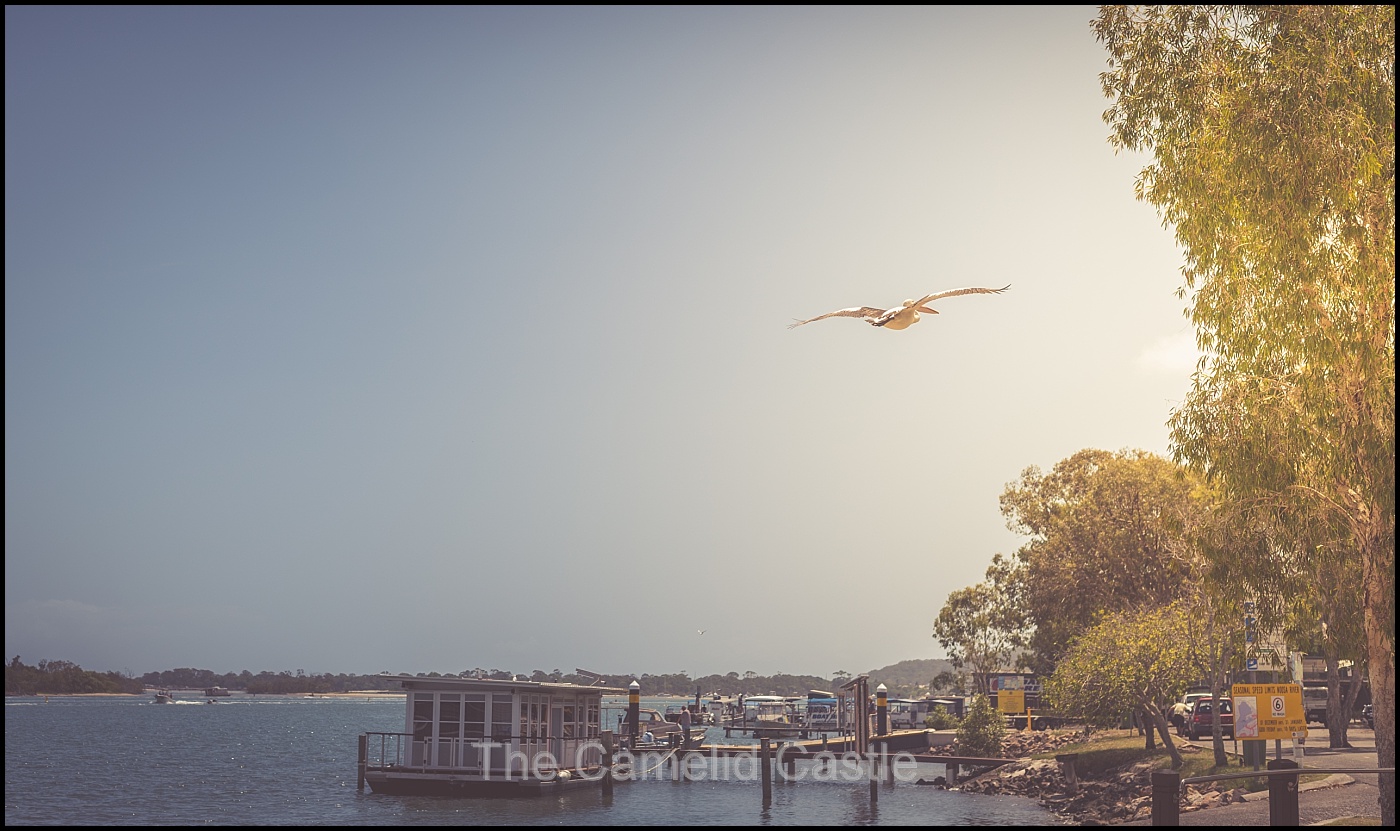 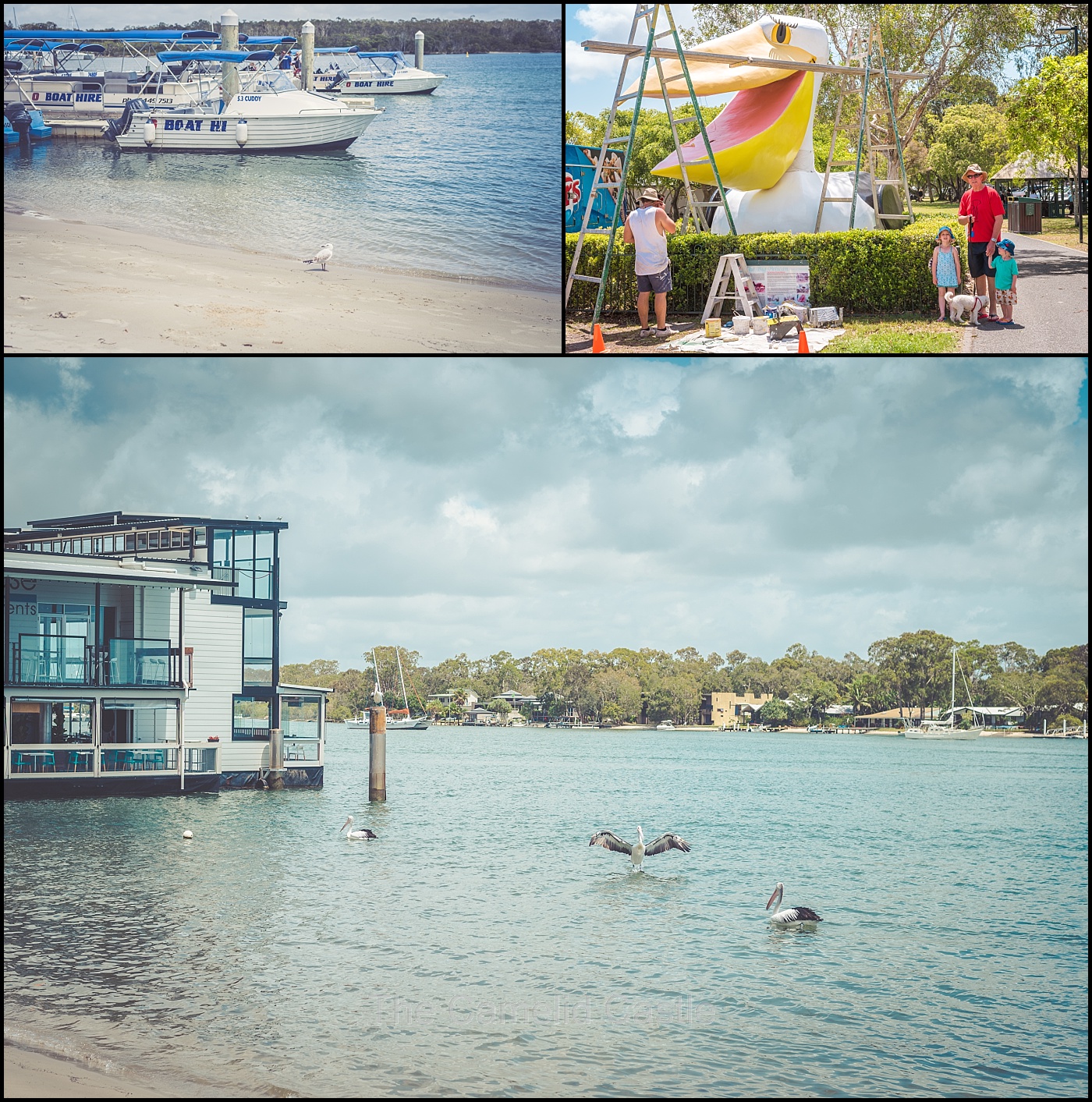 We then checked out a very crowded Noosa beach and headed up to the lookout for some views. 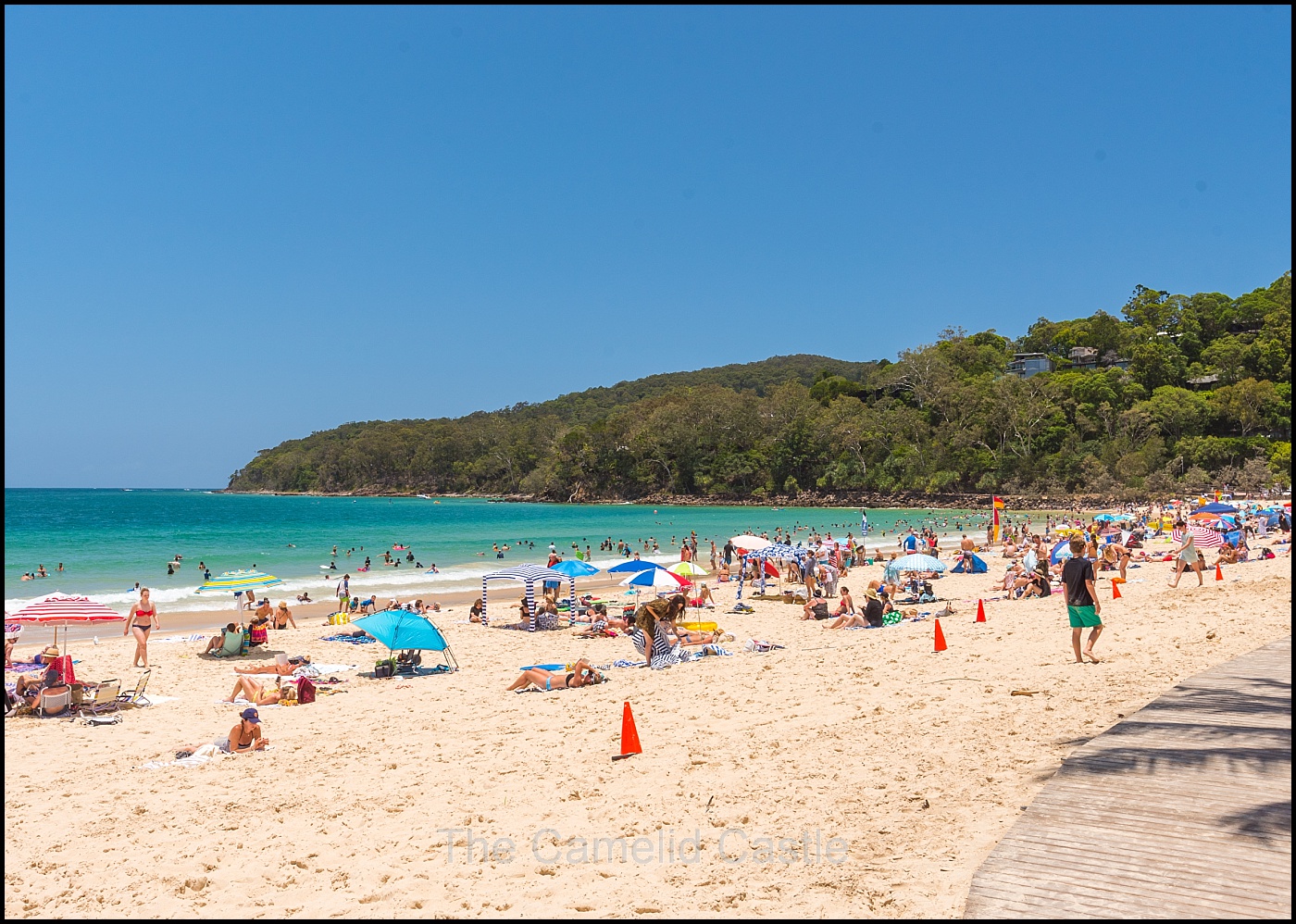 After some lunch we had promised the kids a swim and play at the beach. It took us awhile to find one that Molly was allowed on, but eventually we did and much fun was had, and not just by the kids. Anto thoroughly enjoyed trying to outrun a small dog while the kids built sandcastles. 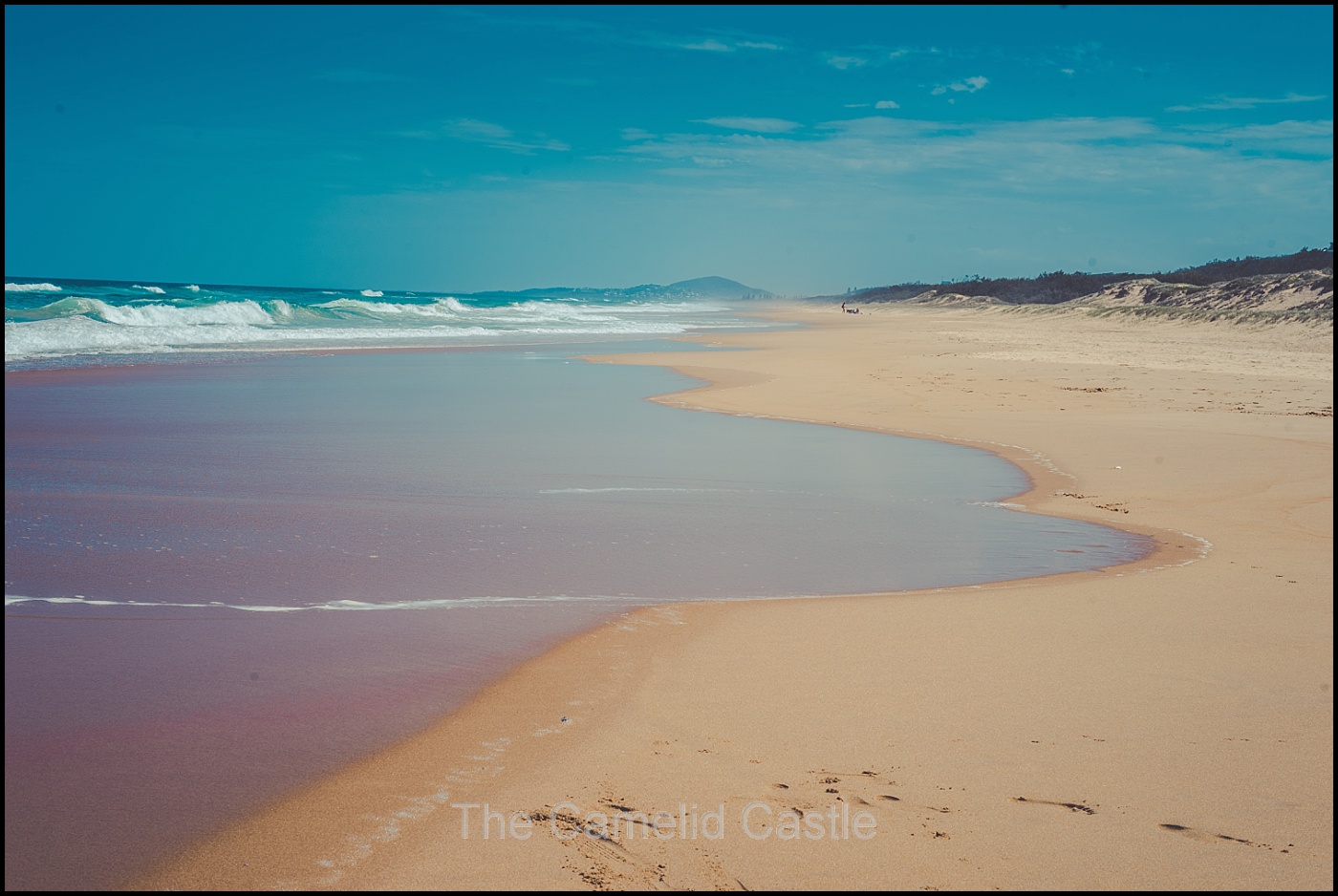 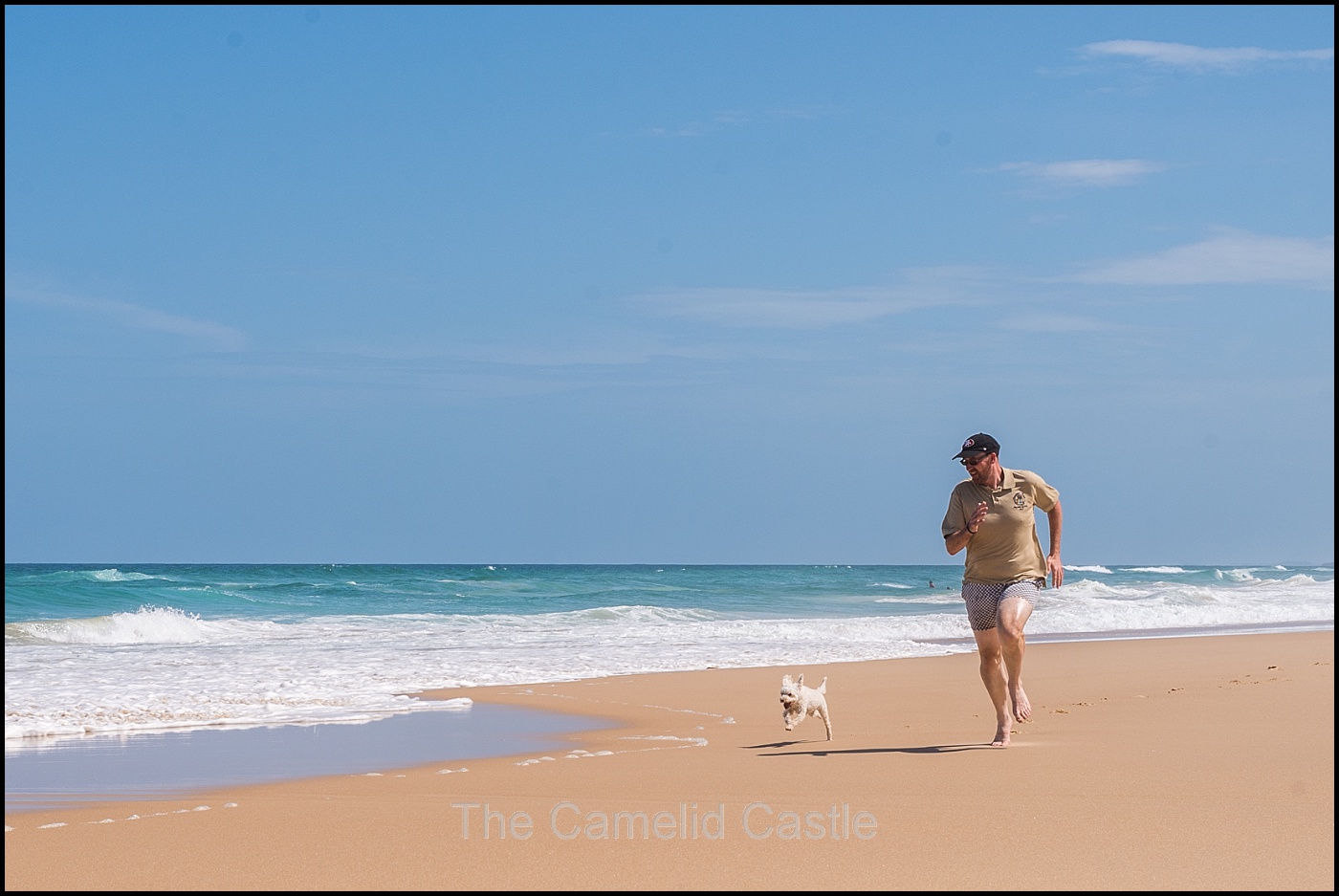 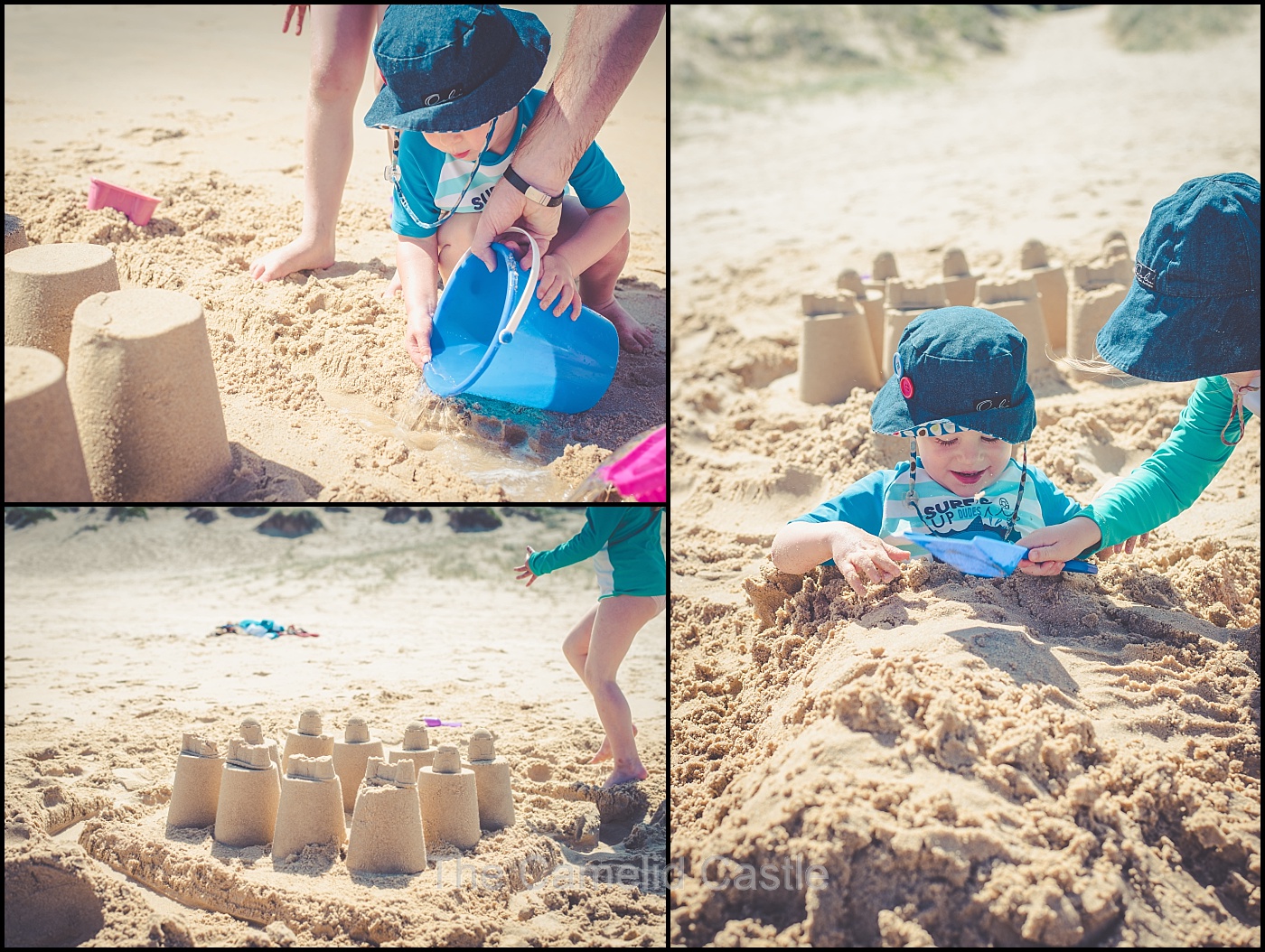 Unfortunately the beach had bluebottles washing up constantly so the kids didn’t swim but were more than happy building their sand village and running around.  It was a rather hot and bright afternoon but we all worked off our leisurely Noosa lunch and were well and truly tired by the time we made it back to the car. 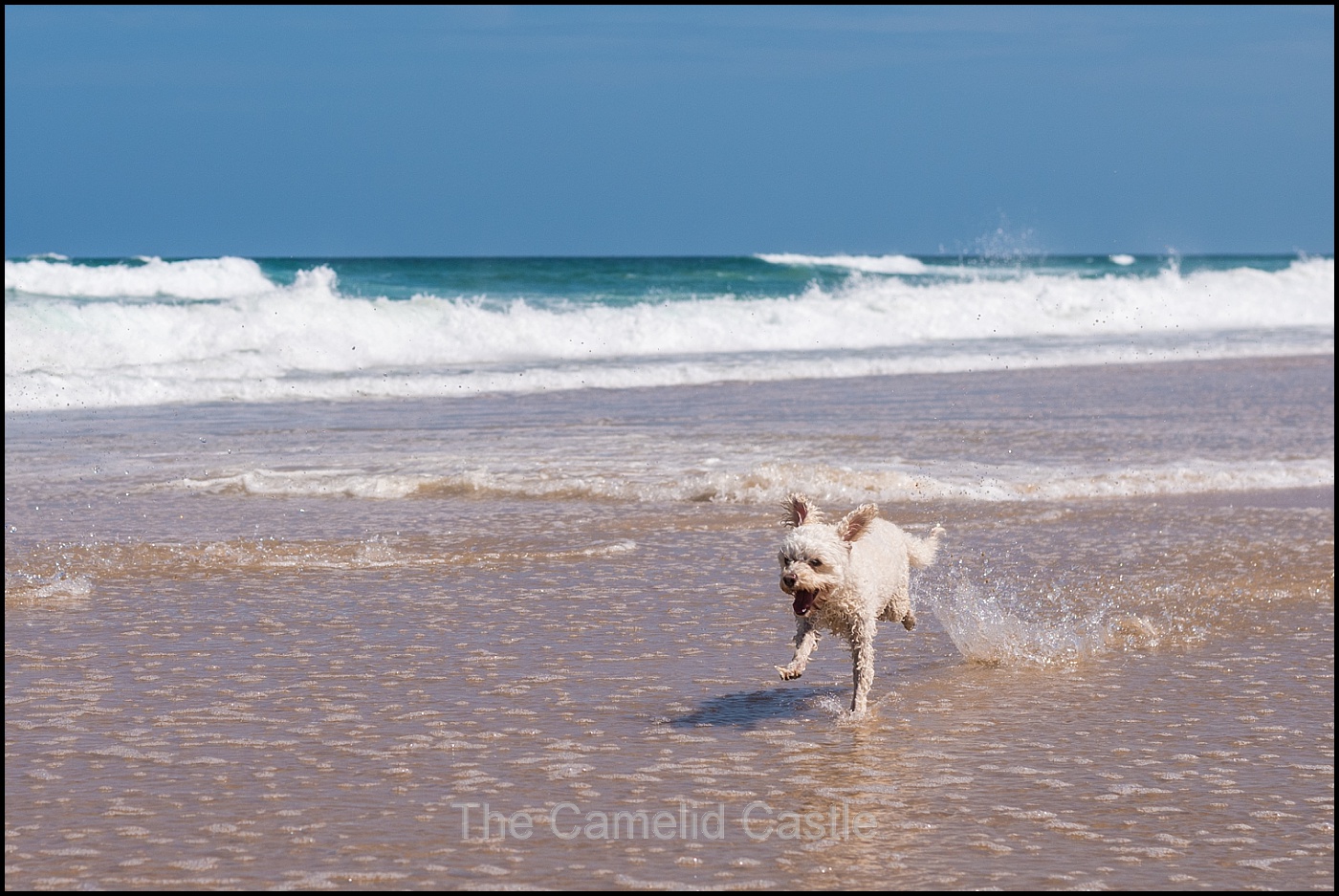 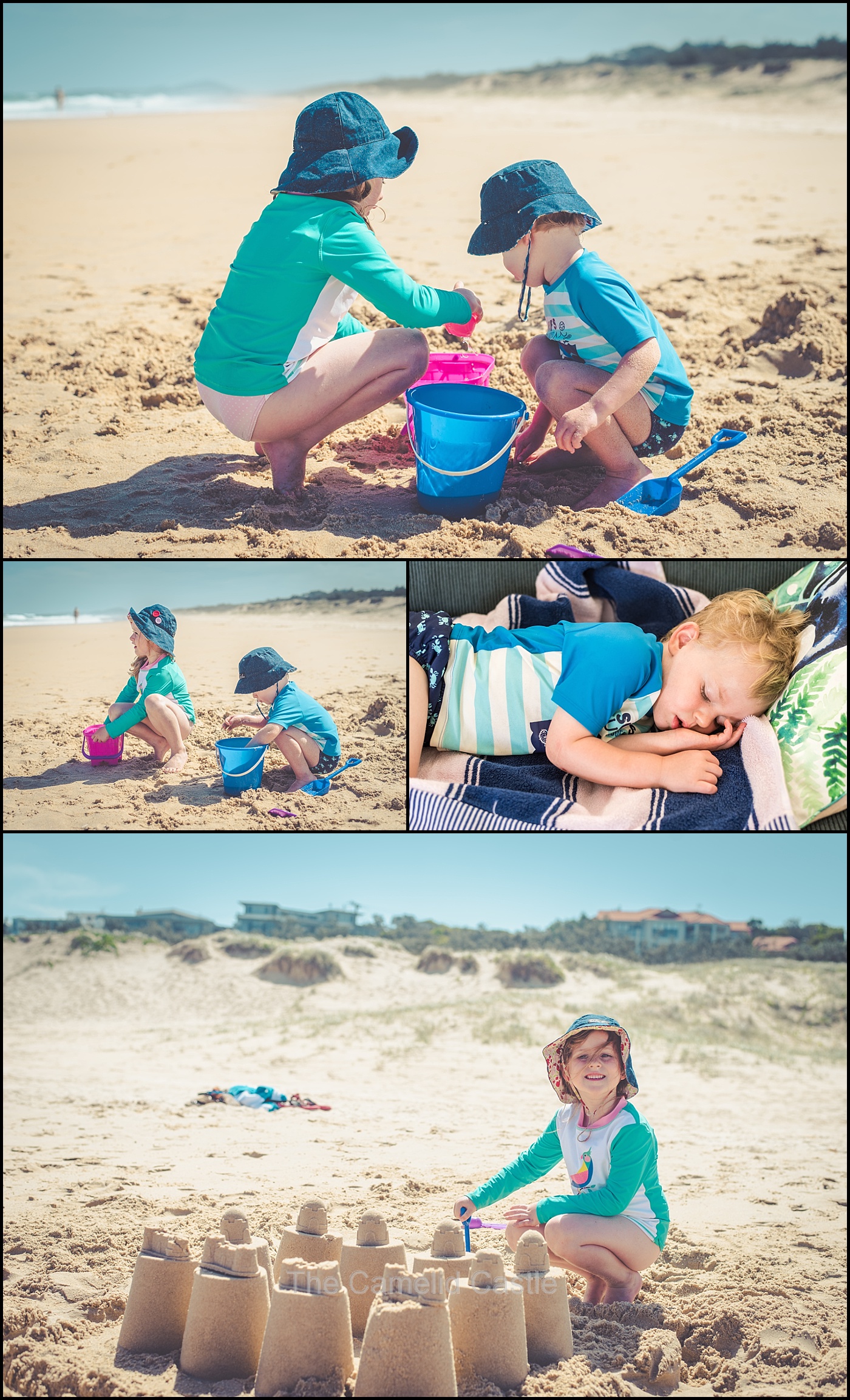 Our final full day on the Sunshine Coast, the kids voted for more beach! This time with fish and chips….. we went to Mooloolaba spit, which we have visited many times before. The kids love a swim there, a play on the beach and a fish and chip lunch. We also took along the Christmas present kite which they had a tonne of fun with……. it was even better than sandcastles!!! 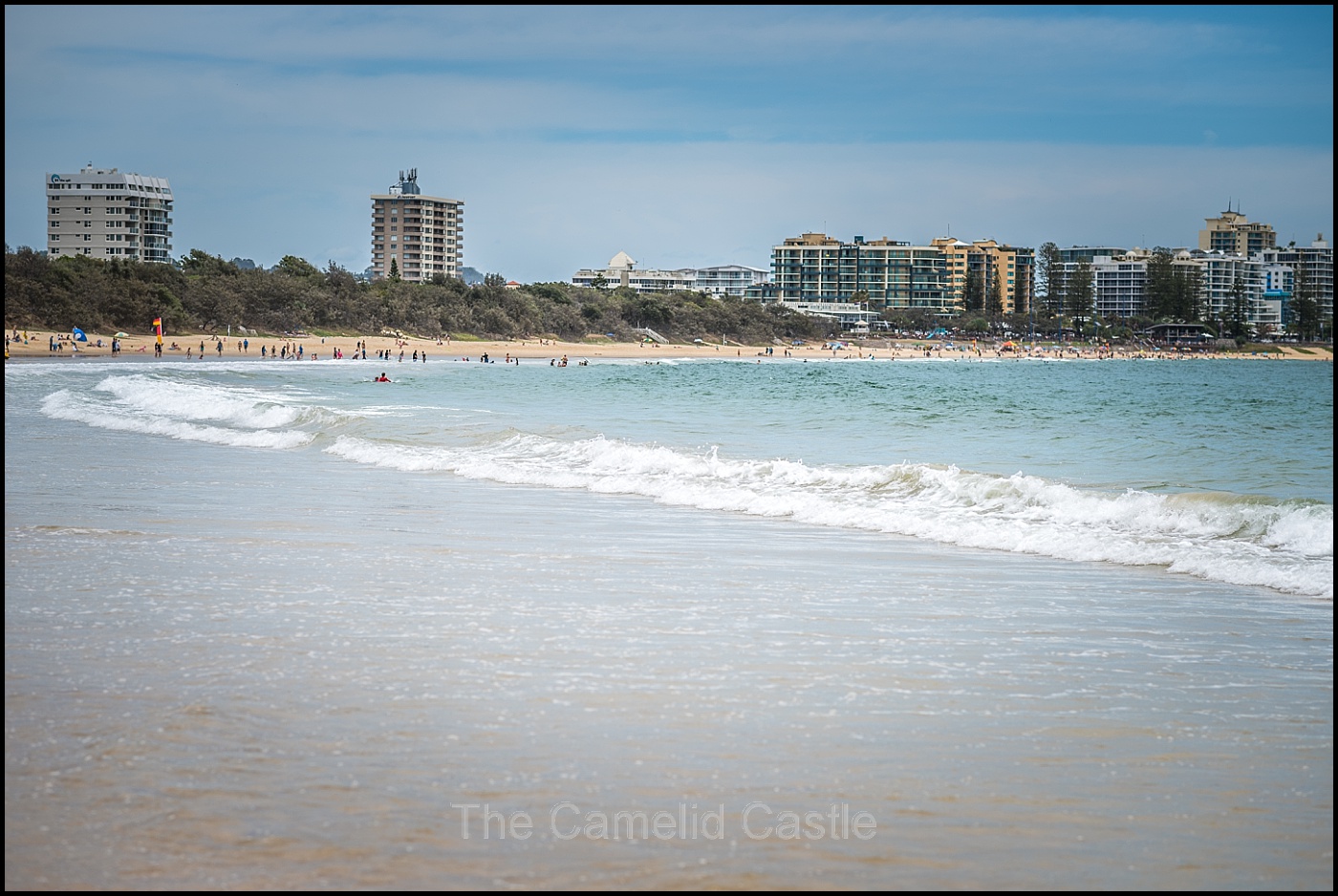 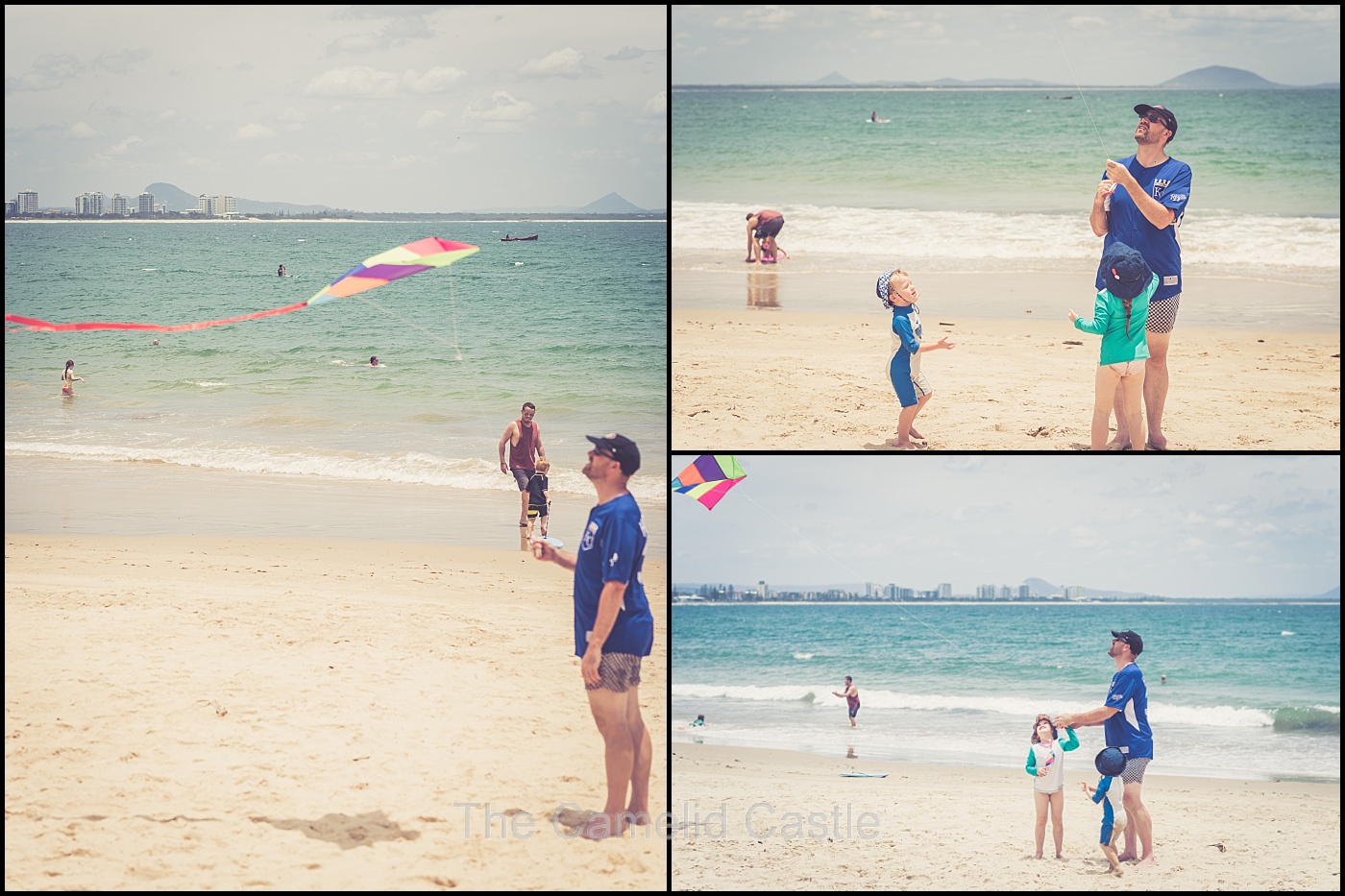 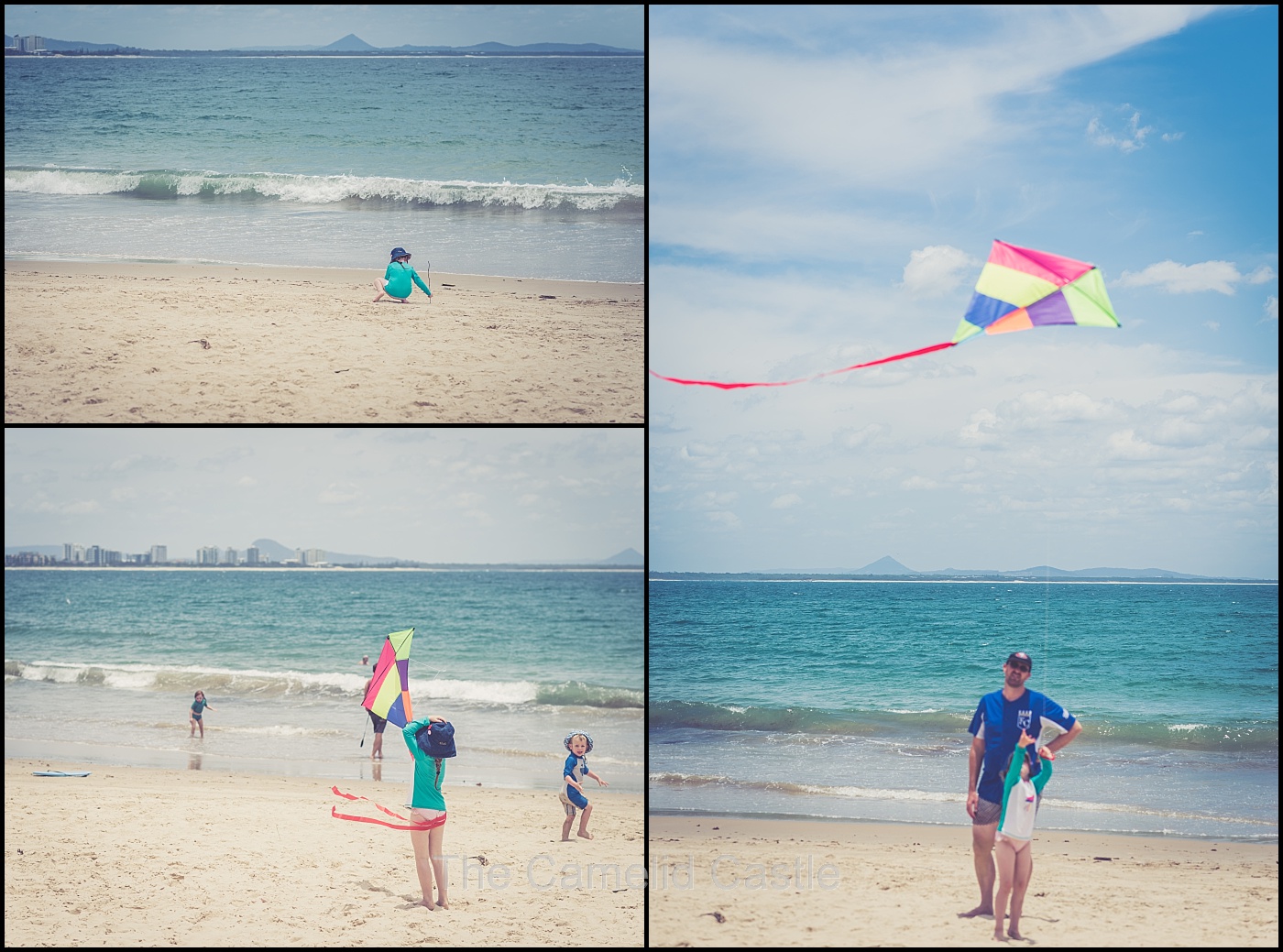 It was a pretty busy few days, with lots of sun, swimming and fun. Two tired kids (and weary adults) made it back to Canberra in time for Christmas and non-stop cooking and present wrapping!

2 thoughts on “A bit of fun and sunshine on the Sunshine Coast…….”