After 12 hours in the air from Singapore, we landed in Helsinki around 6.30am local time at a balmy 1 degree! It was still pretty dark and we’d had a whole 3 or so hours sleep, the kids may have had as much as 4 or 5 hours.  We immediately noticed the temperature change compared to Singapore as we hit the jetway.

We were off the plane very quickly as we had been at the pointy end in business class, and before we knew it we had our bags and were talking to our friendly Finnish immigration officer, who looked very Scandinavian. All of a sudden we weren’t so tall or blonde. In Singapore we stood out like a sore thumb!  Immediately we noticed the Fin’s don’t like to smile and are rather efficient.

In not much time at all we were heading towards the train. We managed to purchase our transport passes without too much trouble, naturally from a machine, Fin’s don’t talk to people if it can be avoided!

It was then out onto a dark and freezing platform.  After spending time in Denmark and Sweden you think we’d have some kind of grip on Scandinavian languages but Finnish is plain weird. It looks like alphabet soup and is pretty unpronounceable. In our sleep deprived state we were desperately trying to decipher to 20 odd character names to find the right station, and eventually figured out that all the trains probably all went to the same place (none of which matched our google map).  Trains kept turning up at the airport station and people were just getting on so rather than freeze to death we jumped on the next one.

We watched sun rise and  saw the snow on passing ground as we sped into Helsinki city. Most people on the train were off to work for their Monday morning and we felt like it was mid-afternoon and almost time for a good long nap.

Astrid was fascinated by the ice in the water we kept passing and was loudly asking if there would be icebergs in there……much to amusement of nearby passengers. 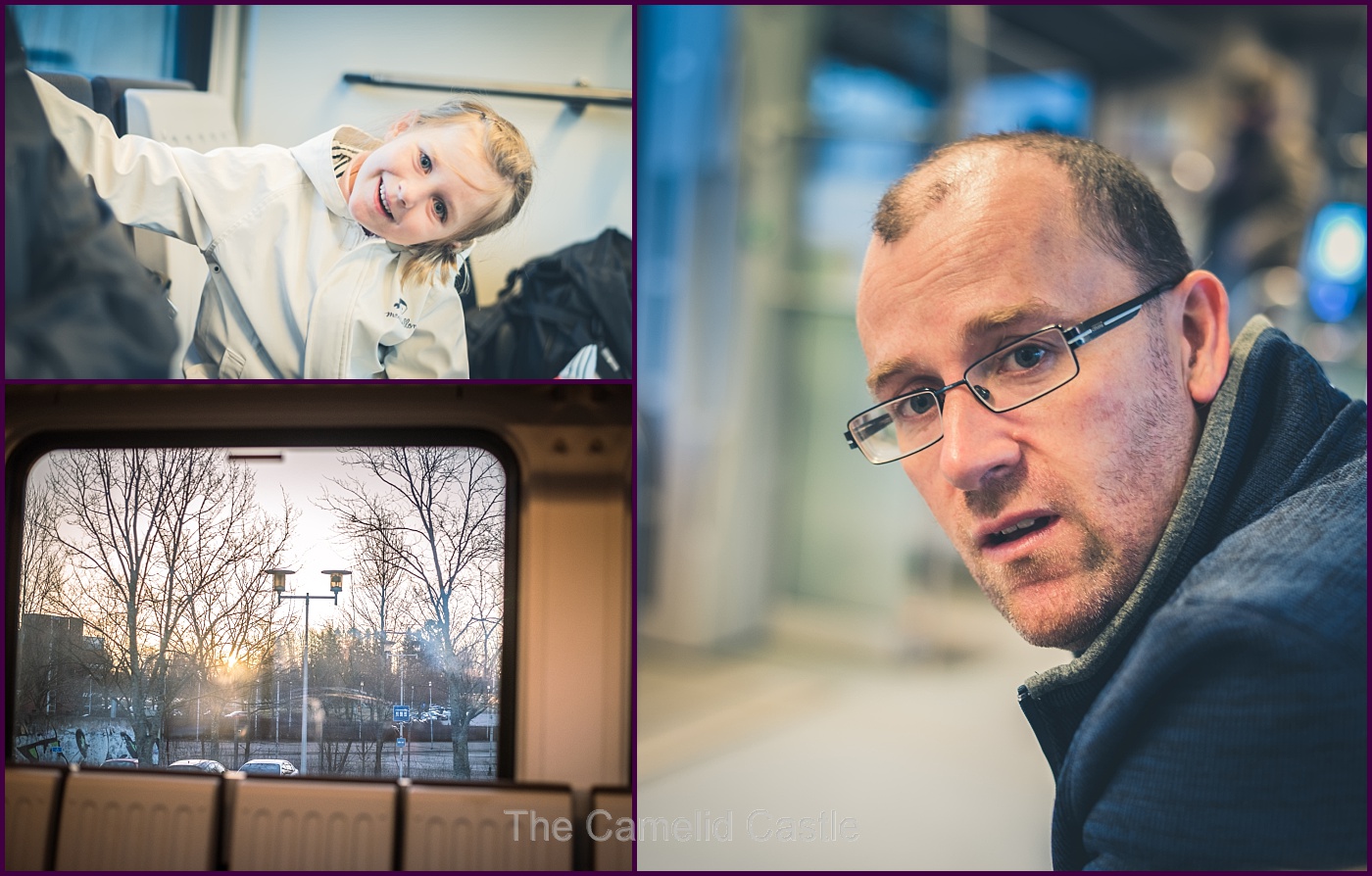 After half an hour we rolled into the central station, and it luckily turned out we were right about the train destination despite stations being incomprehensible.  We managed to find signs to the  metro and it was a rather bracing temperature on the platform. It was very reminiscent of when we arrived in Copenhagen from the heat of an Australian Summer, 18 months earlier.

Luckily, we found our tram and were quickly onboard and even managed to find the stop names matching up to our phone map.  After about 10 minutes we were pleasantly surprised to find we were dumped outside our hotel.  For our stay in Helsinki we had booked Hotel Katajanokka, which was formerly a prison dating back to 1837. It was still operating until 2002. It is now one pretty awesome hotel!

Given our level of tiredness we were hoping desperately to get into our room early, but given our very efficient transfers it was barely 8am, 7 hours before check in time.

Our very bubbly receptionist, who was almost certainly not Finnish, got our hopes up when she told the previous person checking in he could have his room immediately. Apparently our room was still in use but she said she was hopeful it would be ready by about 1, probably taking pity on our exhausted state.  Happy for us to use their facilities she even offered breaky to be organsied for us (which confused us at first as it felt like it should be well past lunch). Instead we had a quick addition of clothes to cope with the weather and application of deoderant to cope with our smelliness, and stored our bags.  The hotel was pretty fun to look around and we were very much looking forward to returning later in the day. 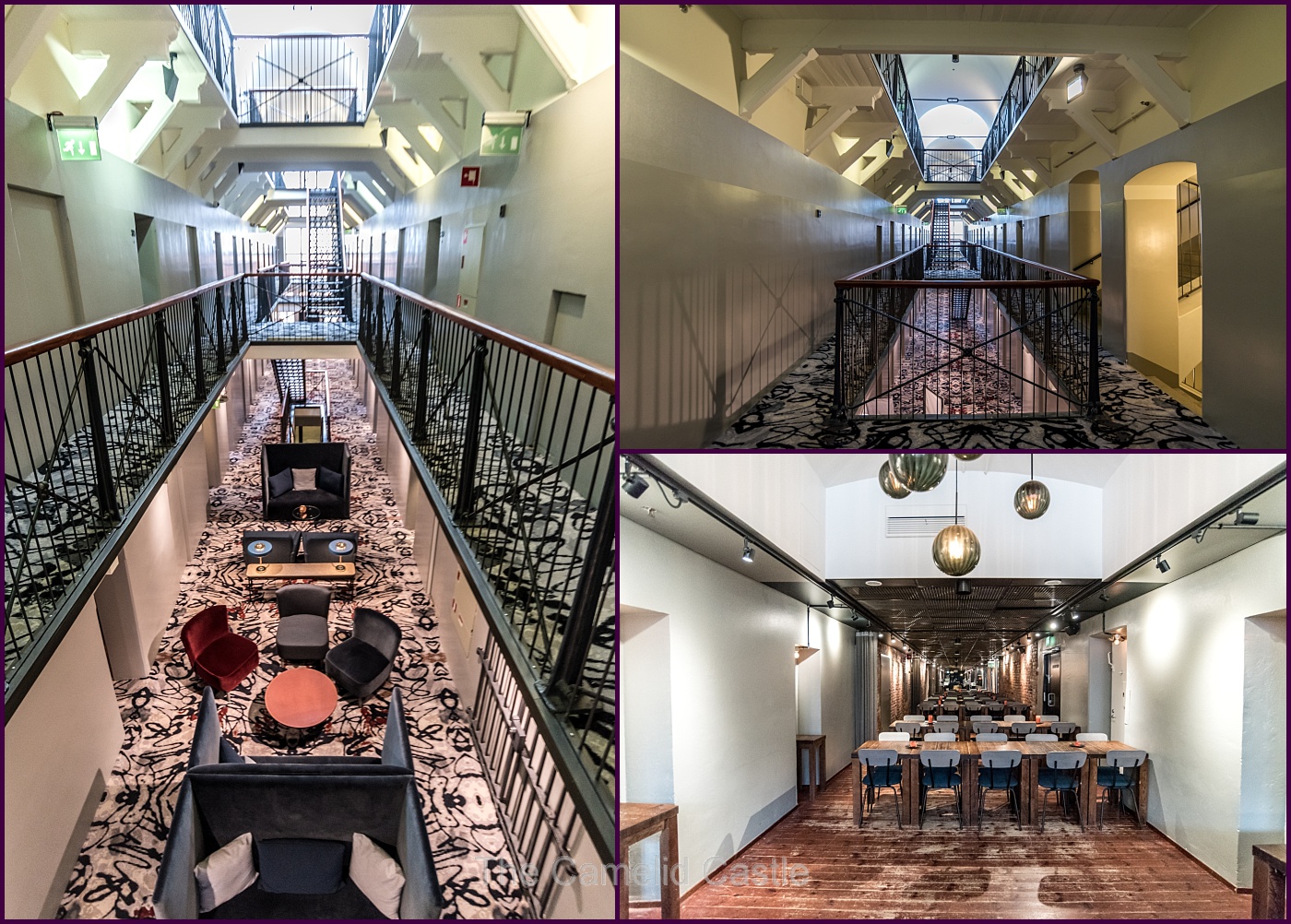 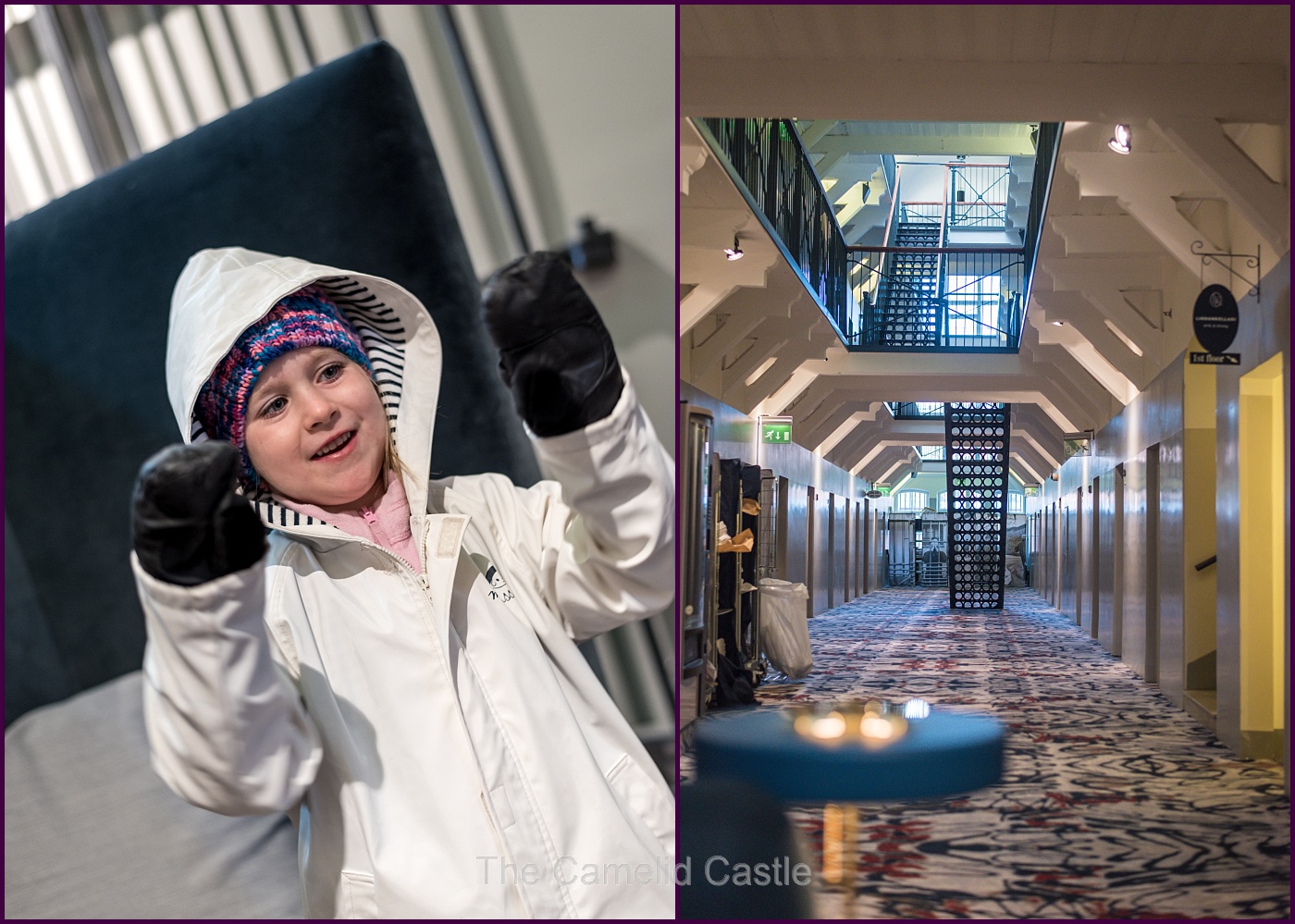 We decided we needed to walk or we’d fall asleep in a street and probably freeze to death, so we headed out  for some sight-seeing. Needing to stretch our legs after a lot of travel we went walking on a beautiful sunny but crisp day.

No matter how many times I fly, it never ceases to amaze me how you can so quickly get from one place to another.  The previous day we were in Little India in Singapore eating curry and watching people make naan and chapati while sweltering….. and after a 12 hour flight we were now wandering the streets in freezing Helsinki, avoiding piles of snow, surrounded but tall and non-smiling Fin’s!

We walked along water and down to the market square. The market was just setting up for the morning but we checked out the fountains and examined the ice floating in the harbour! 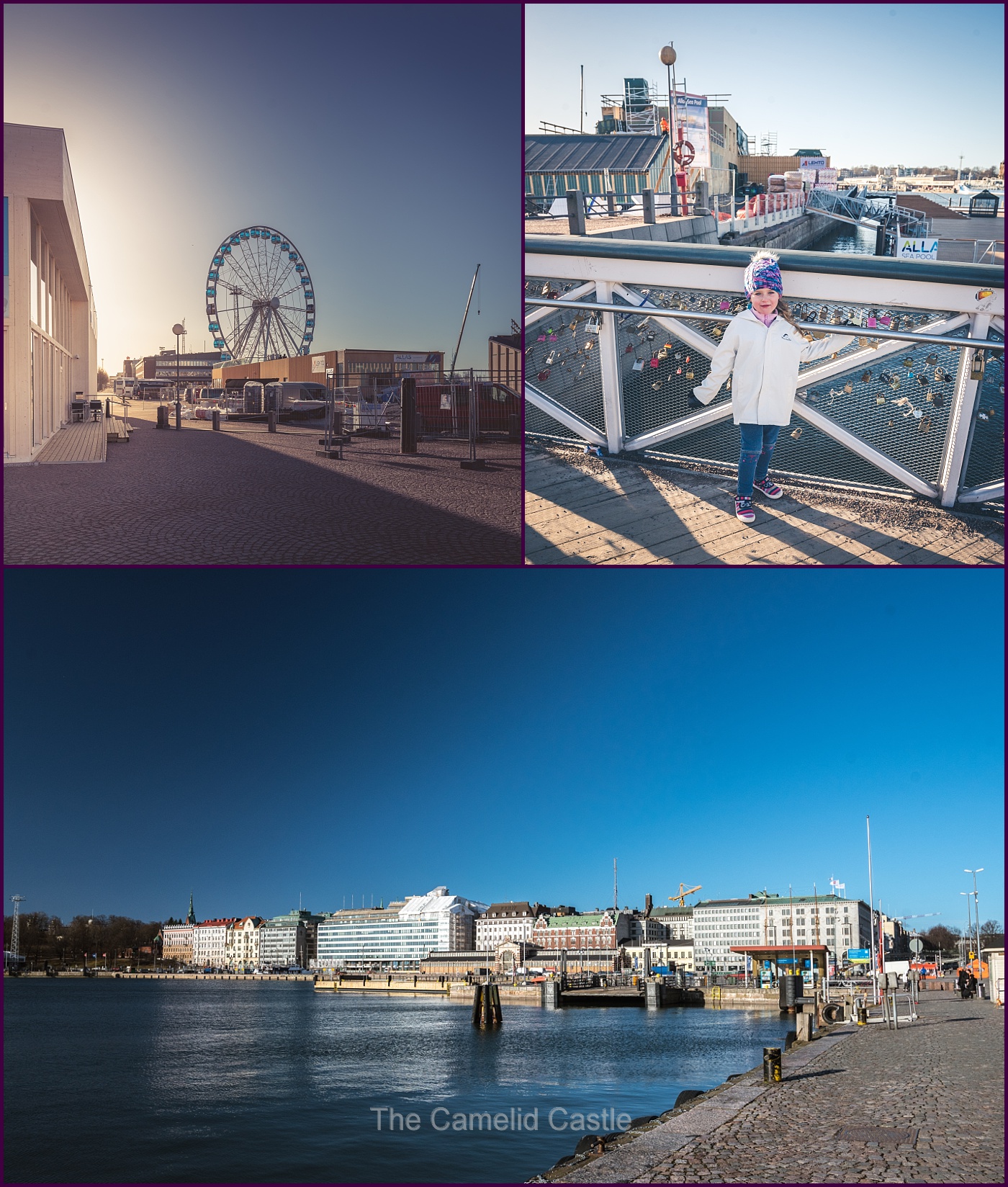 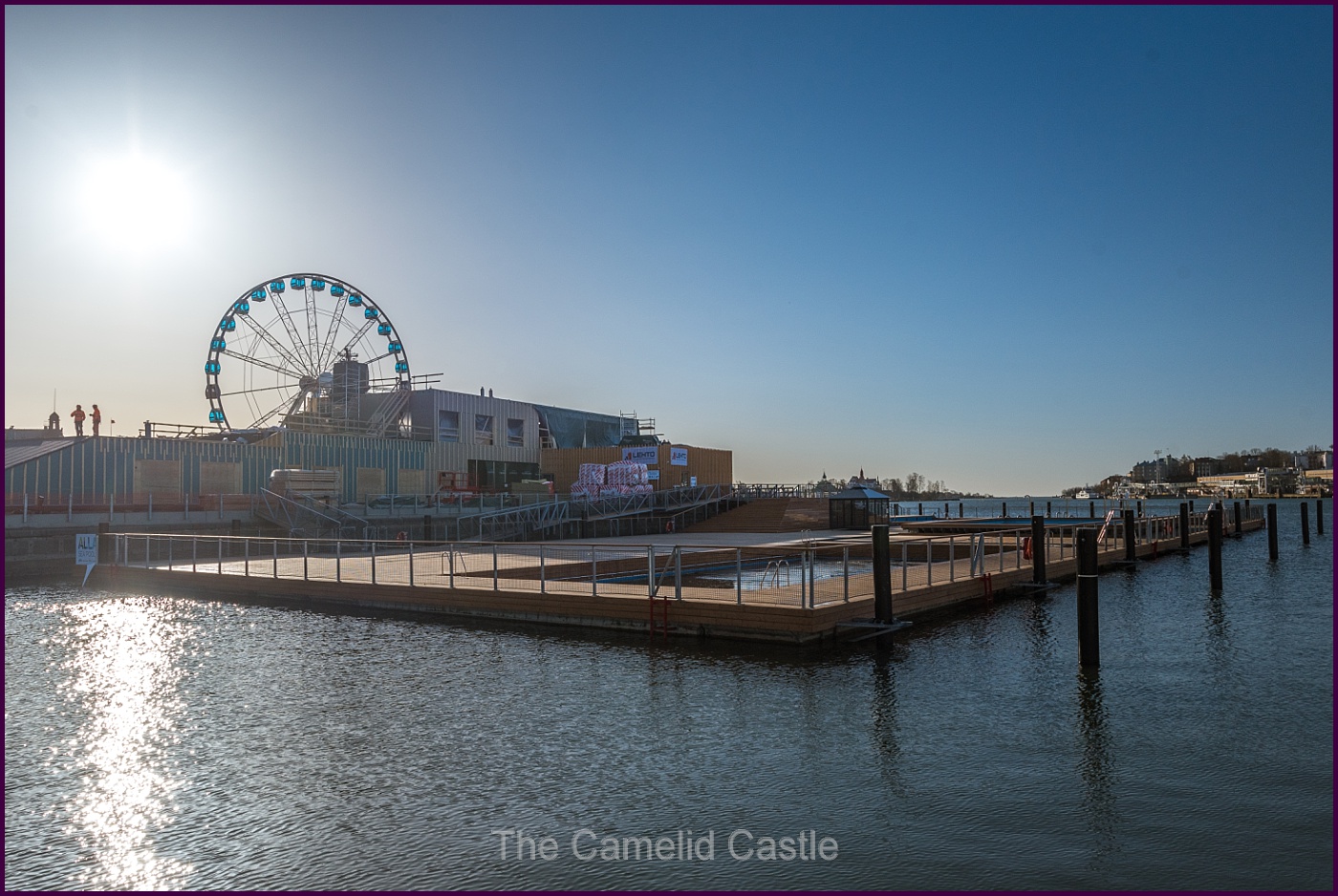 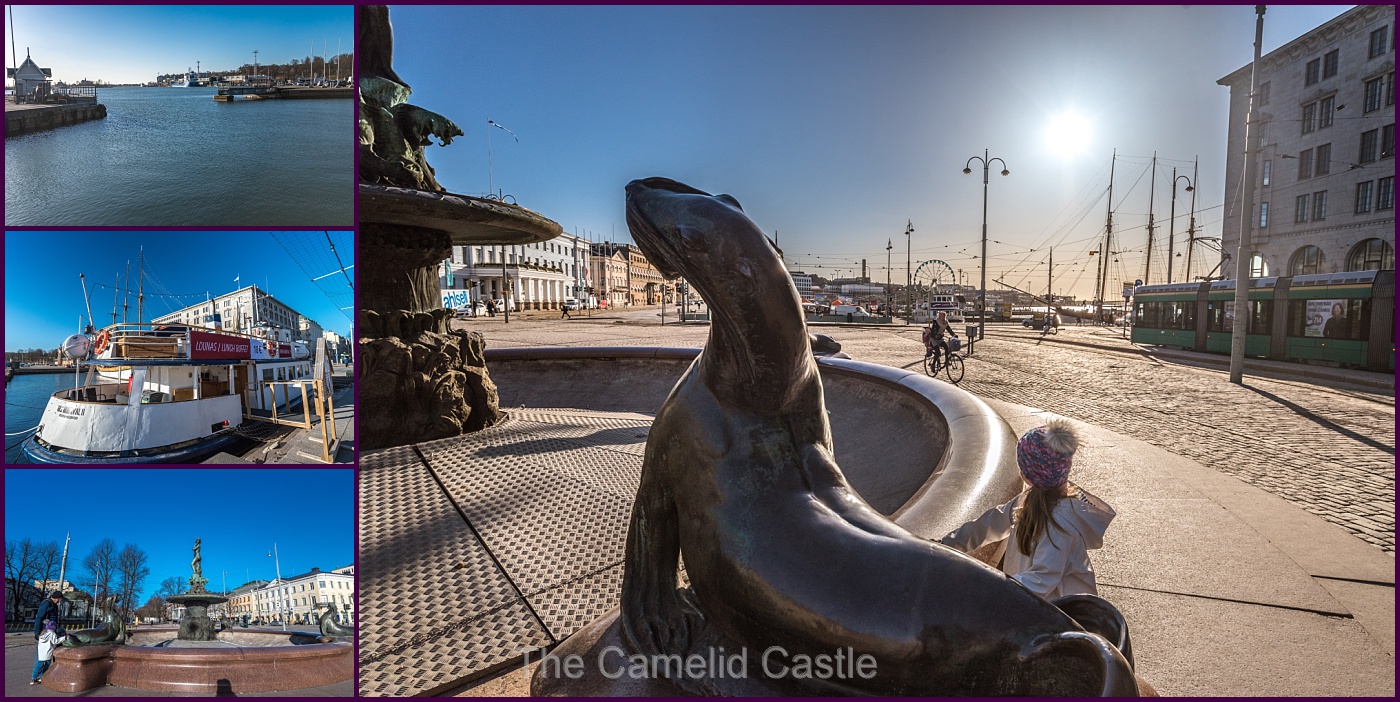 We then had a quick walk through Esplanadi park but it was mostly in search of coffee and cake.  It was my birthday after all and I hadn’t yet had cake (or much food at all really!).

We eventually found a cafe that was open with good reviews. It had enticing coffee and cakes and the kids chose for me a carrot cake, and a cheesecake, both were really good.  The coffees were also pretty good and kids scored amazing hot chocolates. We all enjoyed warming up and some food in our bellies. 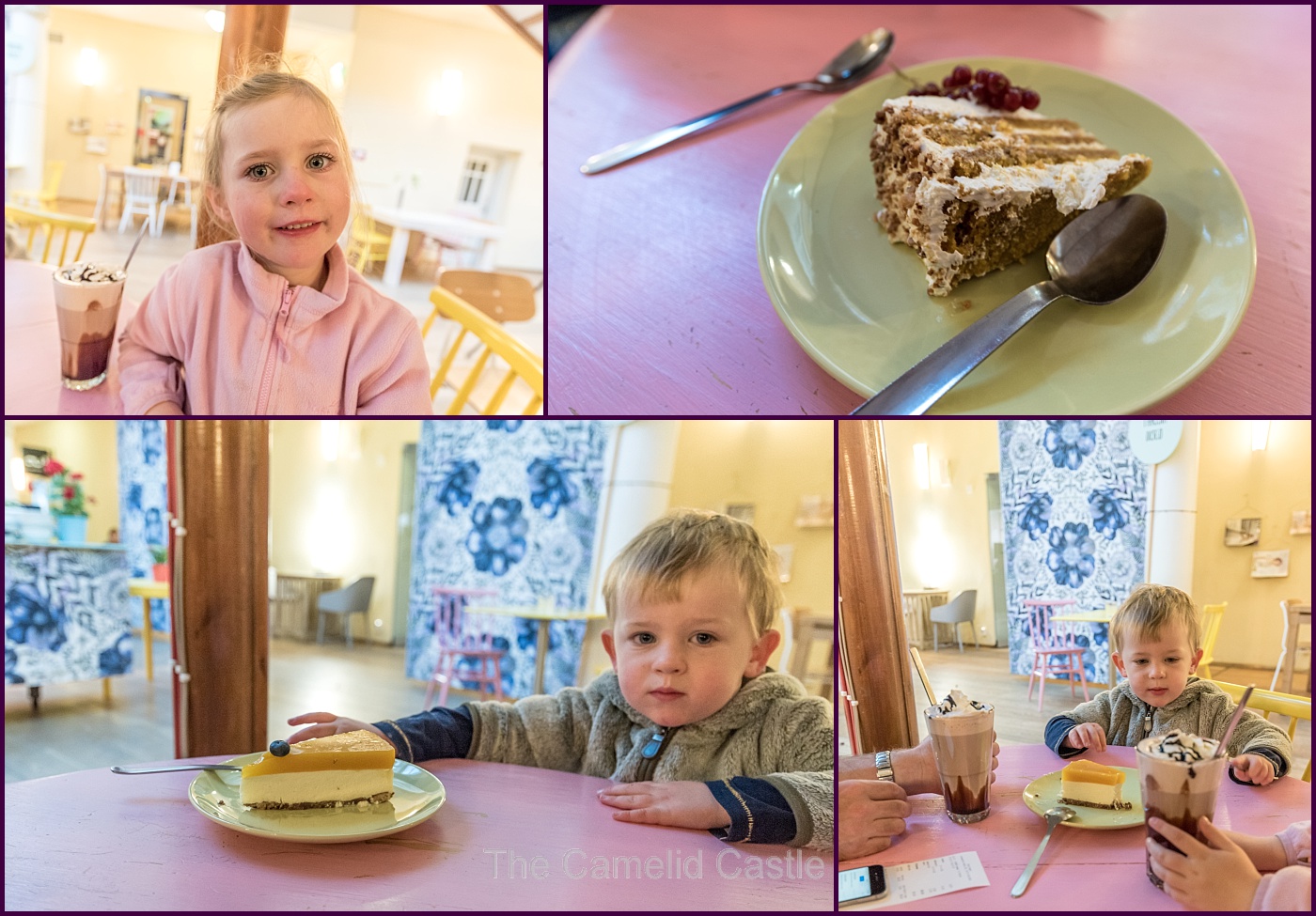 Opposite the cafe was the famous ‘white church’ or Helsinki cathedral (Helsingin tuomiokirkko). The church is a landmark and you can pretty much see it from everywhere. It is located in the Senate square, which had some impressive statues we had to pose with.  The cathedral is purchased at the top of quite a few stairs and gave good views back down to the harbour.  Astrid looked tiny climbing those stairs, and posing next to the doors and columns. 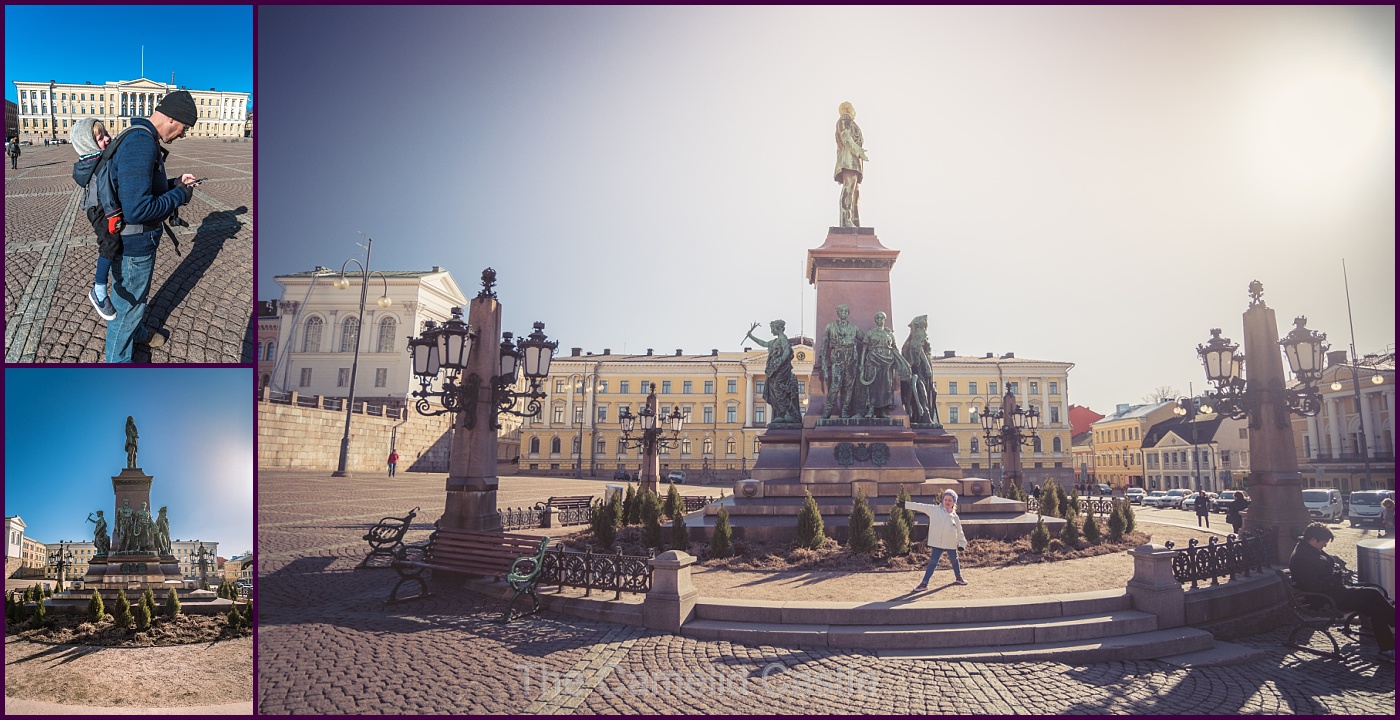 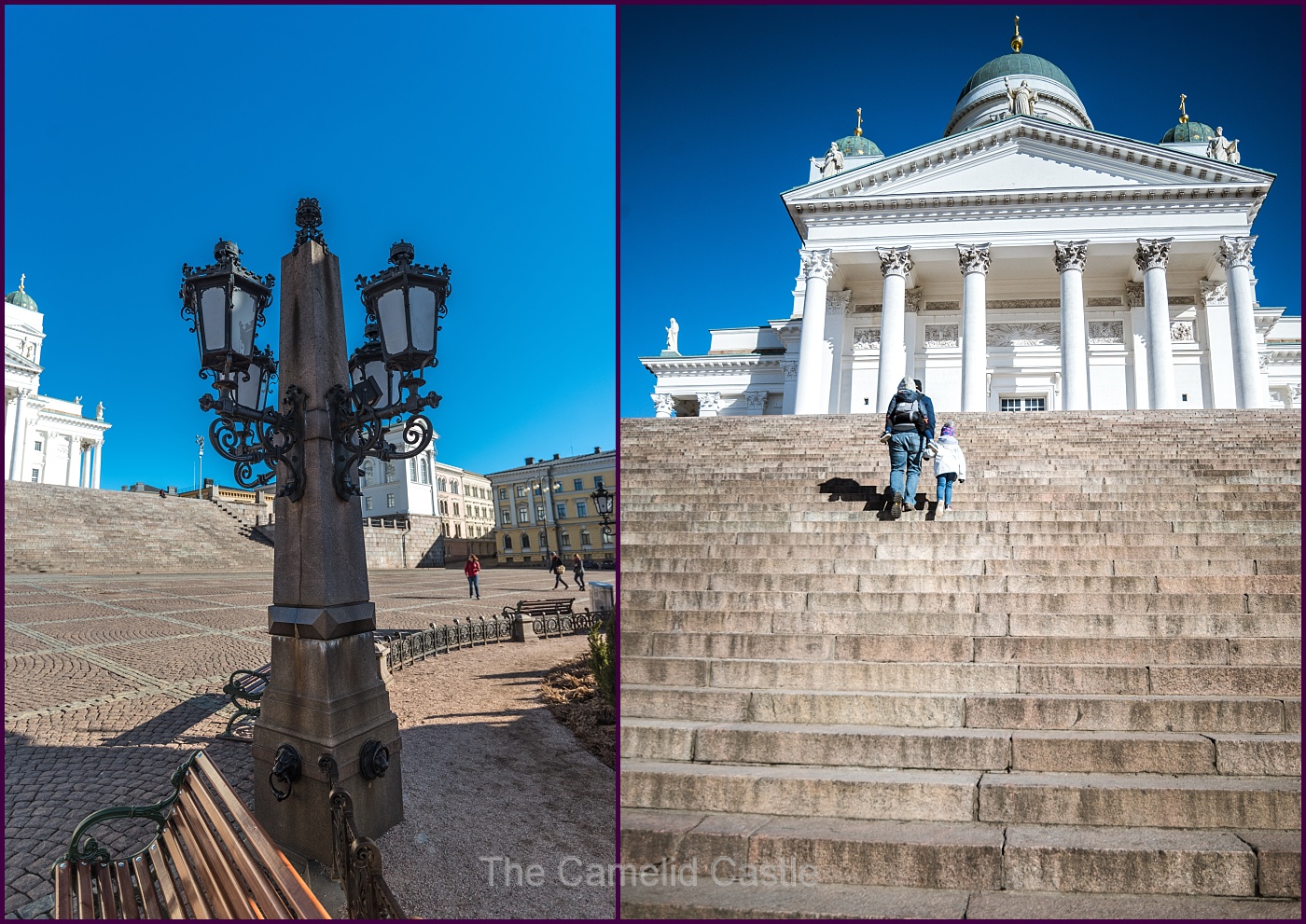 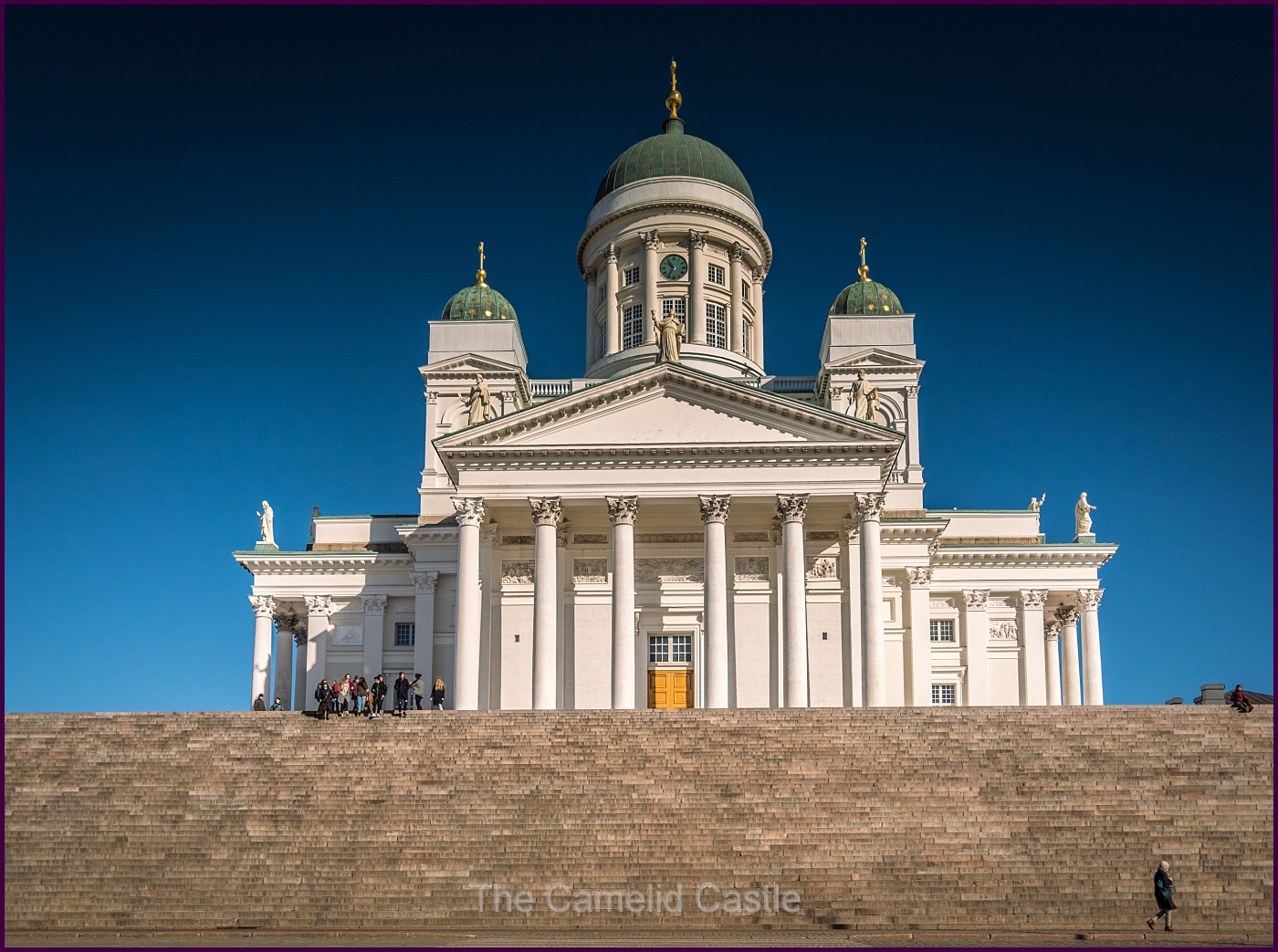 Leaving the square our next stop was Kaivopuisto park.  We caught a tram down to neighbourhood and Soren had managed to fall asleep in the ergo on Anto’s back.  The park borders the Gulf of Finland and the cliffs give some pretty good views. In Summer it is apparently great for picnics and in Winter the slopes are used for sledding.  In late March it was pretty quiet and we were mostly avoiding the patches of partially melted snow!  We did walk up the Ursa observatory and check out the views over the Gulf before Soren woke up and the kids had a play on the freezing park equipment. 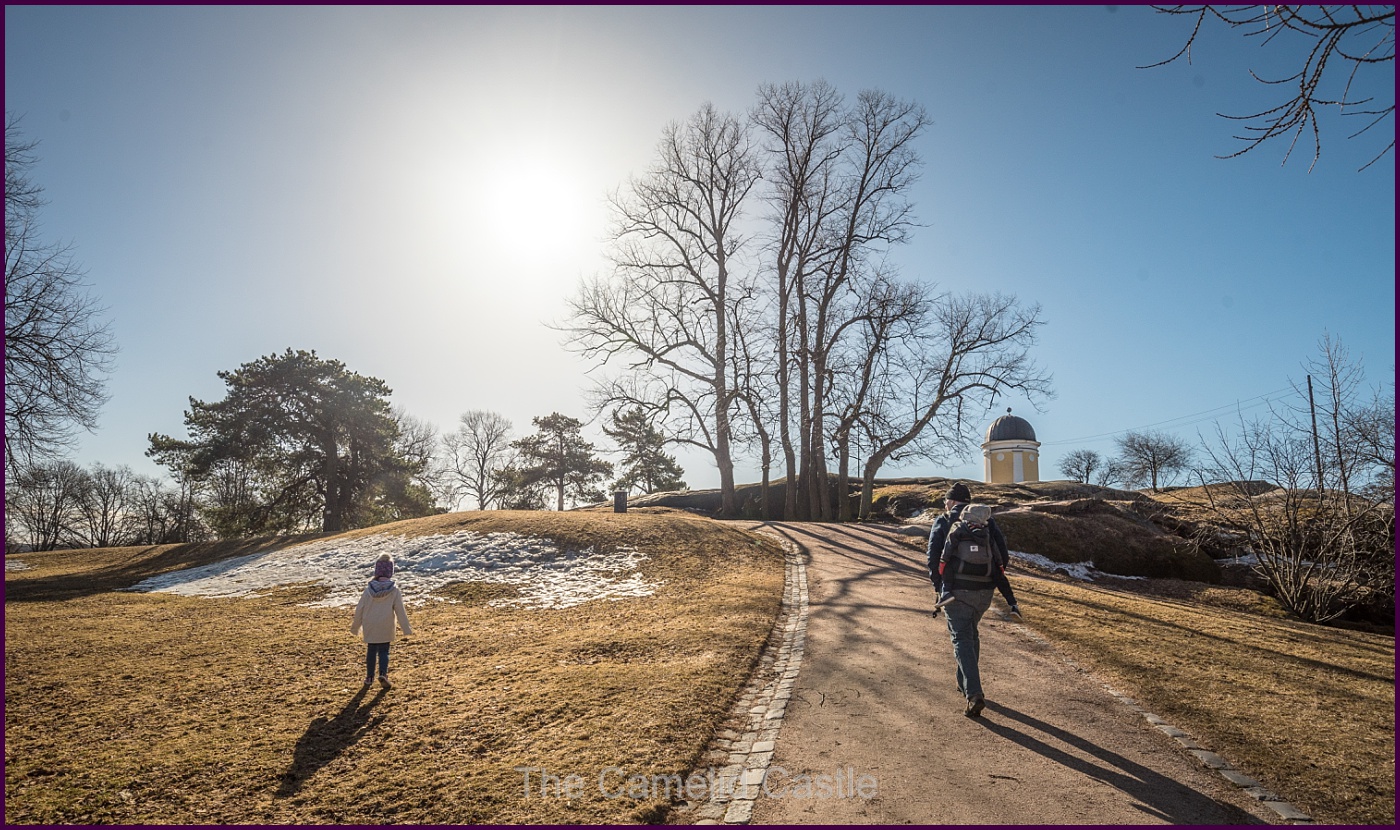 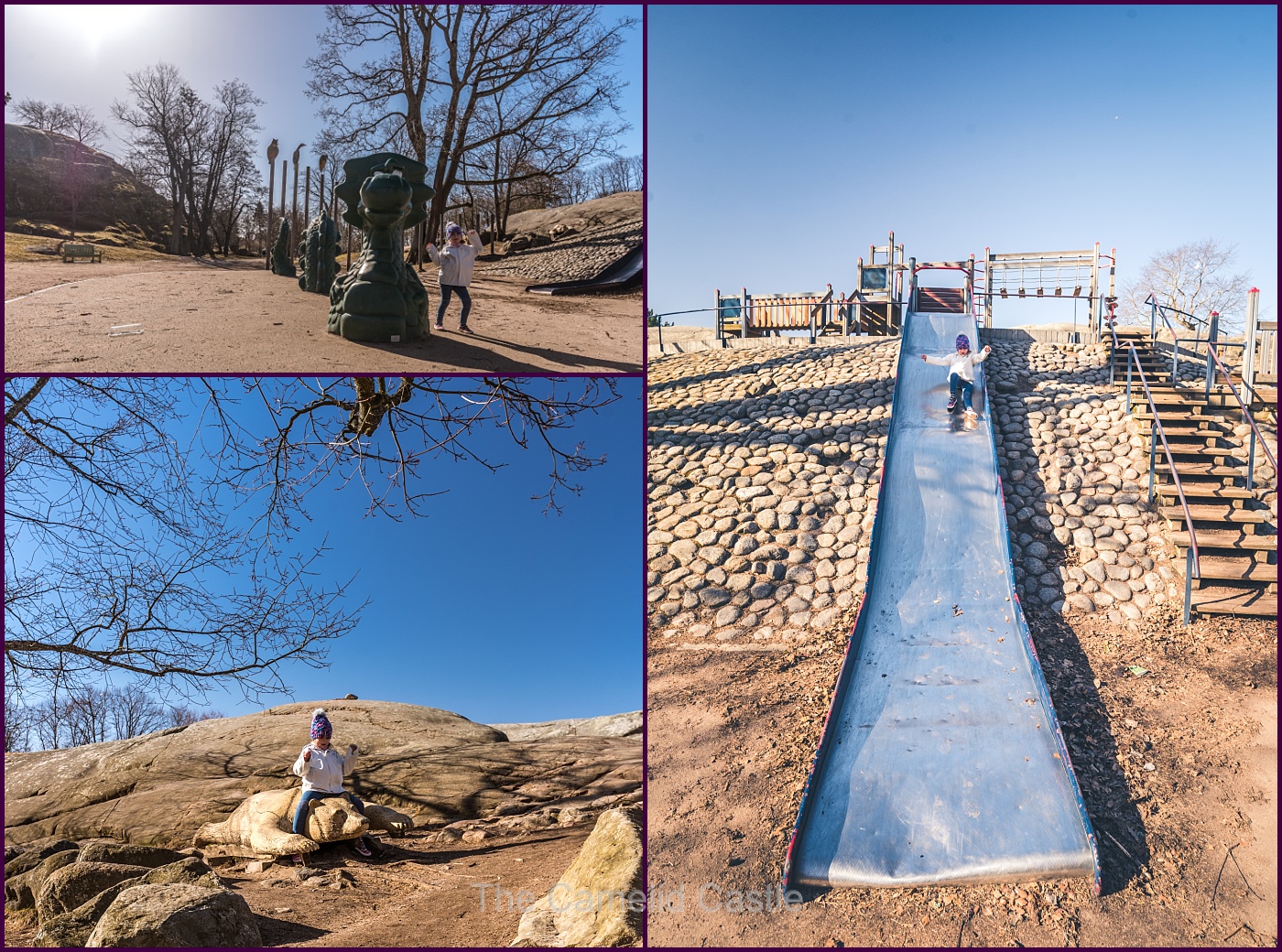 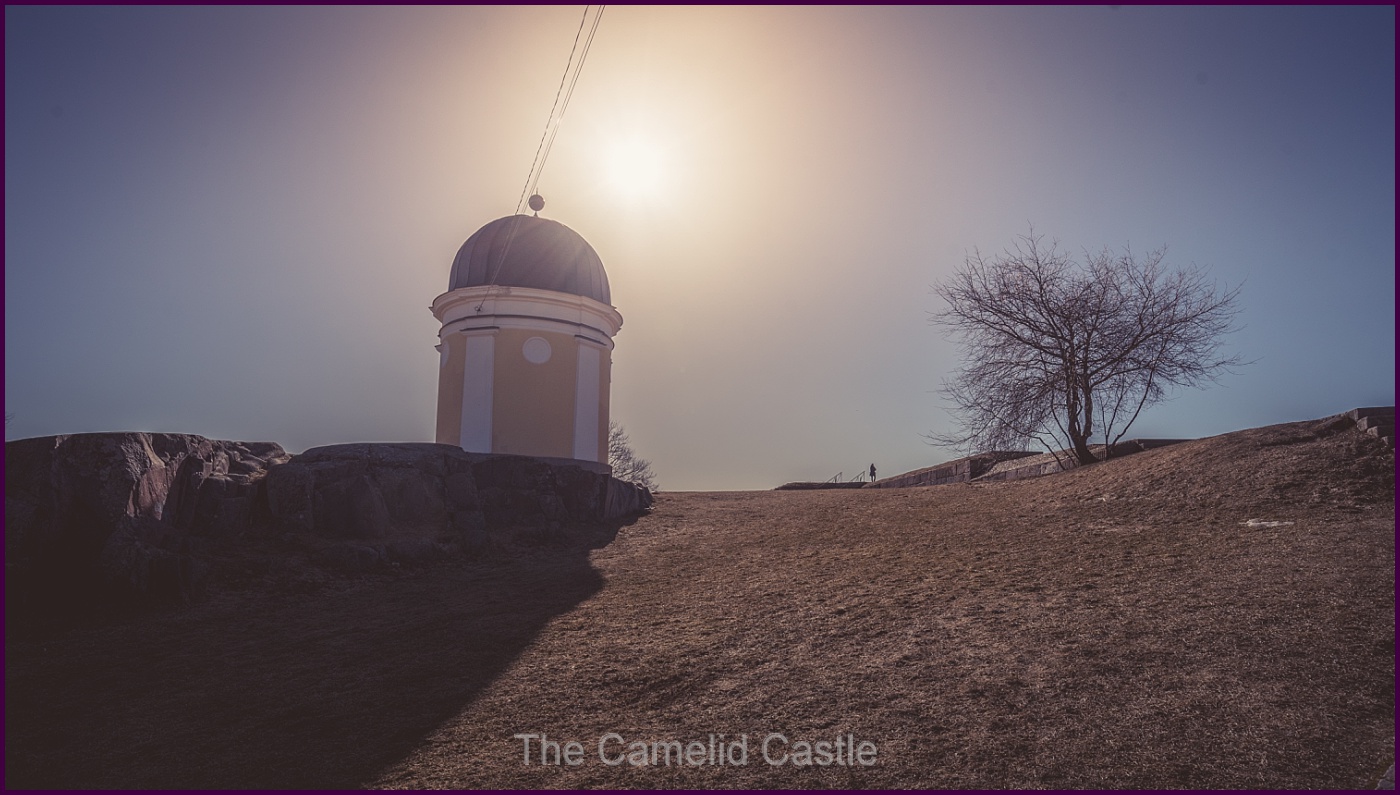 We were all starting to fade from lack of sleep so we decided we needed to eat and then head back to hotel and hope our room was ready.

Anto found good reviews for a nearby falafel place so we walked there through some interesting neighbourhoods with a variety of different buildings.

The kids were totally exhausted and while ordering our falafel, Soren was being really silly and knocked Anto’s phone out of his hand and it smashed on the tiled floor.  This was far from ideal with my phone not working for some reason on our European sims, and us not being really sure where we were and how to get back to our hotel in our sleep-deprived state. At this stage both kids totally lost the plot and it put a dampener on lunch. In the end we had our falafel, which was good but not up to our favourite falafel places from Paris or Berlin.

All exhausted we found the correct tram and got back to hotel by 1.30pm and we were elated when our room was ready.  The room was amazing, and the bed was like a cloud and the kids fell asleep in seconds. 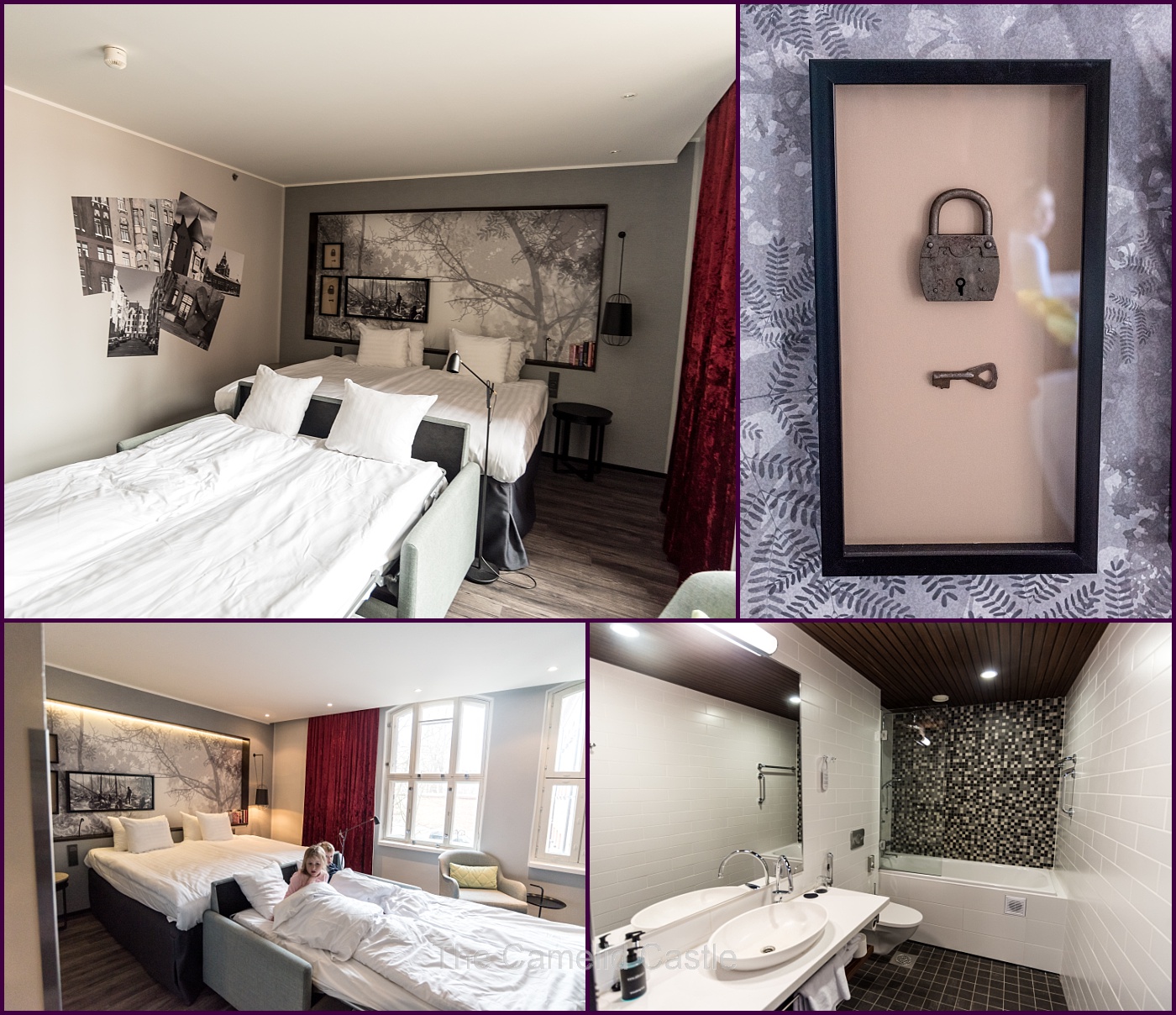 We all slept for a couple of hours and our alarm was a very rude awakening, jet lag was definitely biting.  We dragged ourselves and the kids up against all our instincts and went and checked out more of our hotel.  They have one of the group cells and one of the isolation cells preserved which were really interesting. 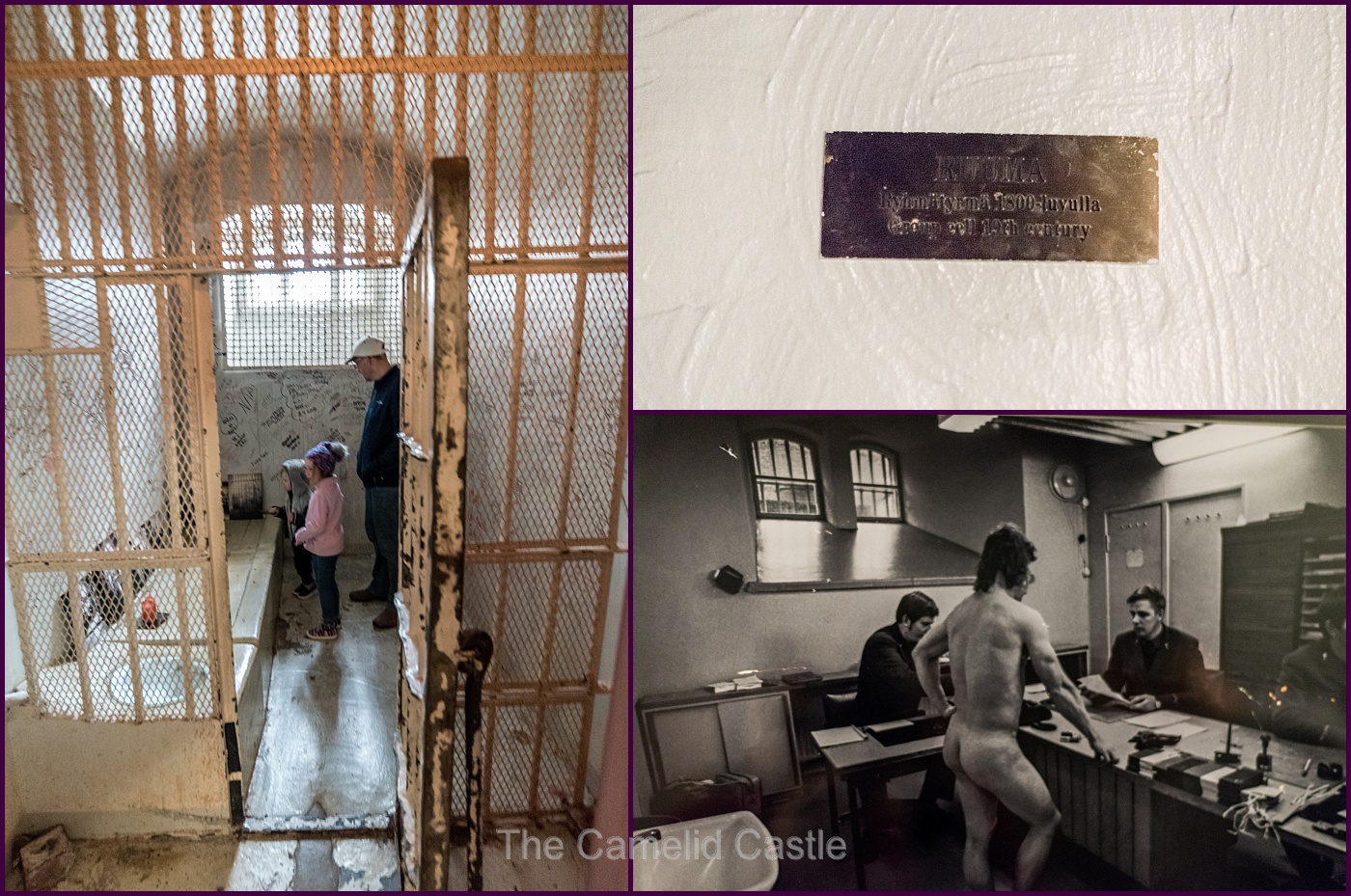 To keep ourselves awake we decided to walk up to the Red church (Uspenski Cathedral) the other landmark of Helsinki. Like the white church, you can see it from everywhere!  It was a pretty short walk from our hotel and certainly impressive. You can notice the Russian influence on a lot of the buildings in Helsinki. 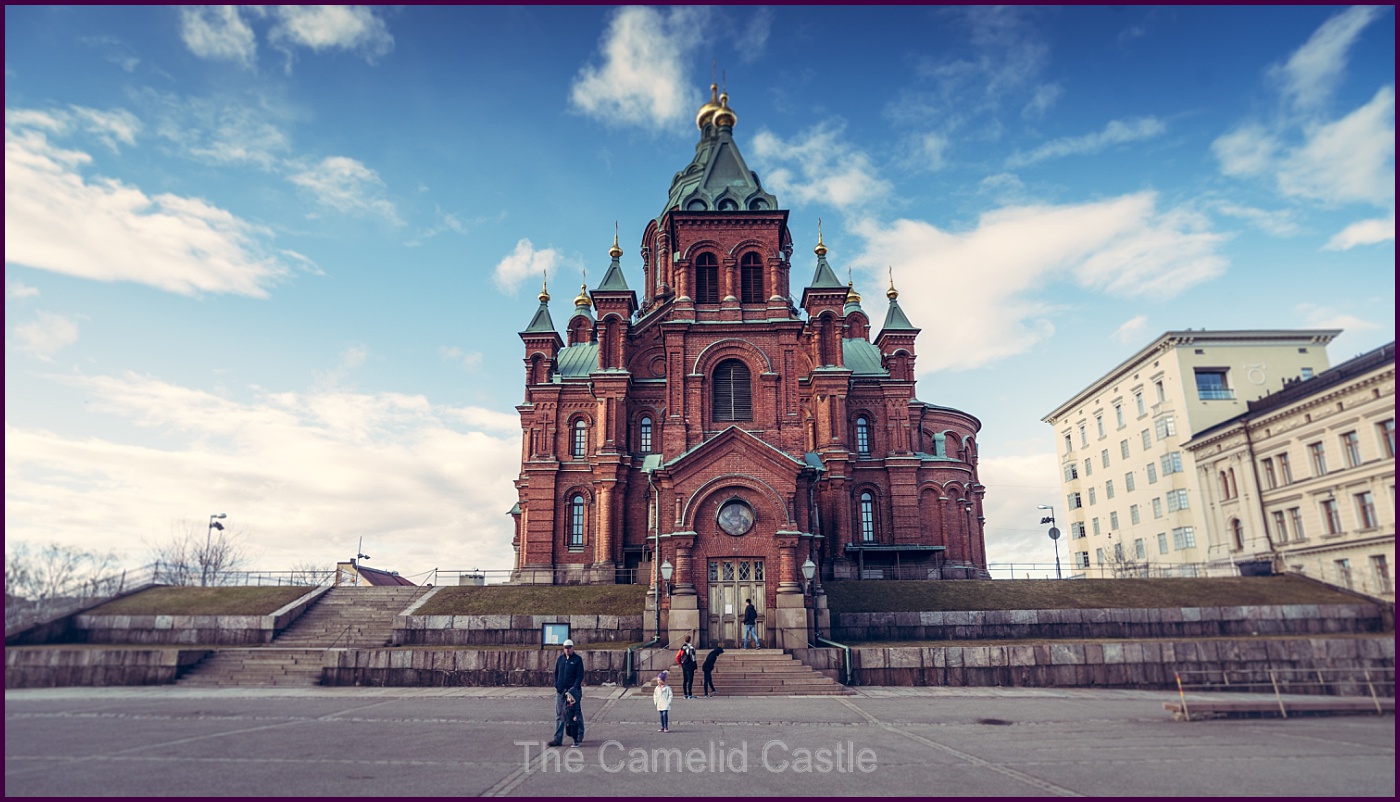 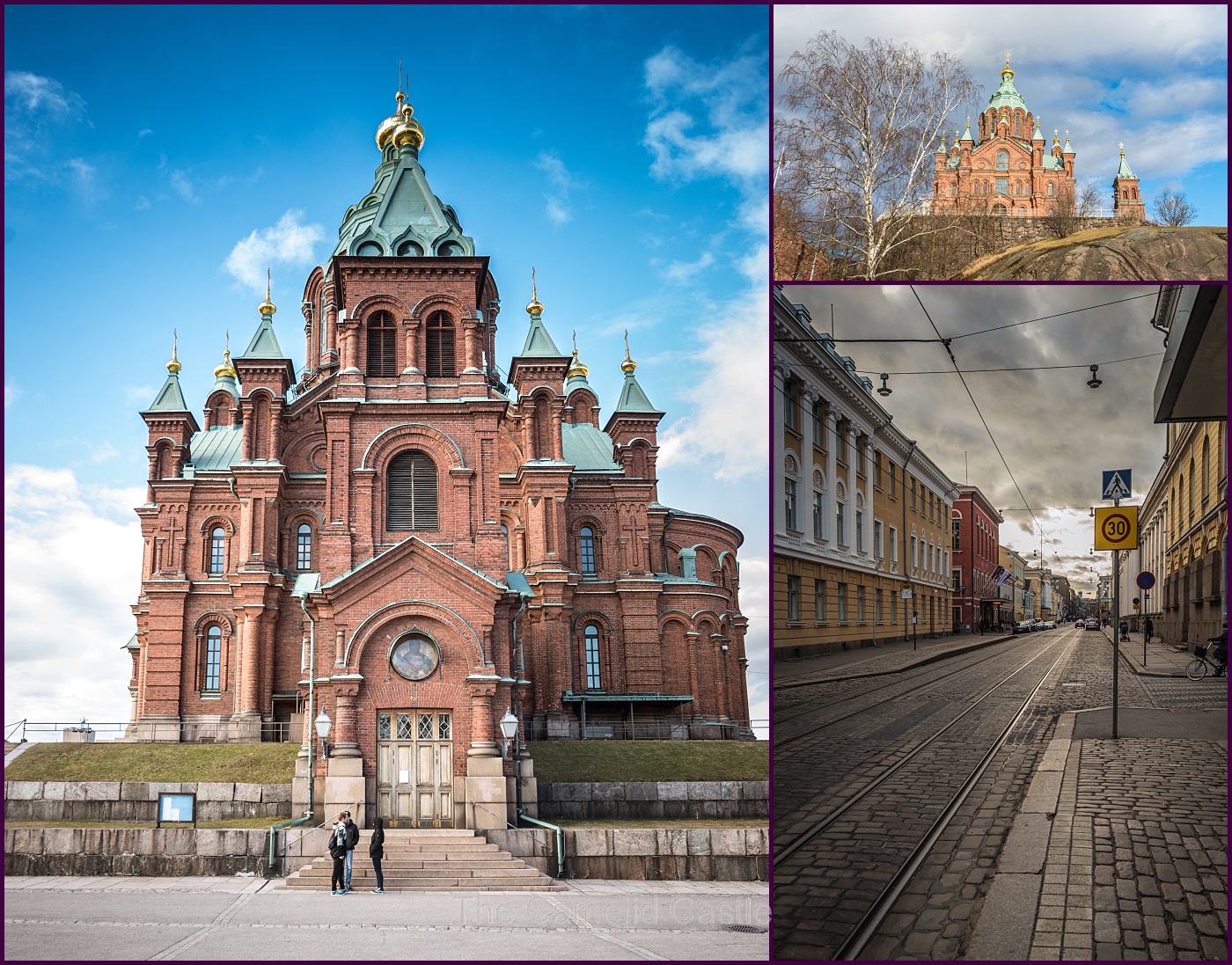 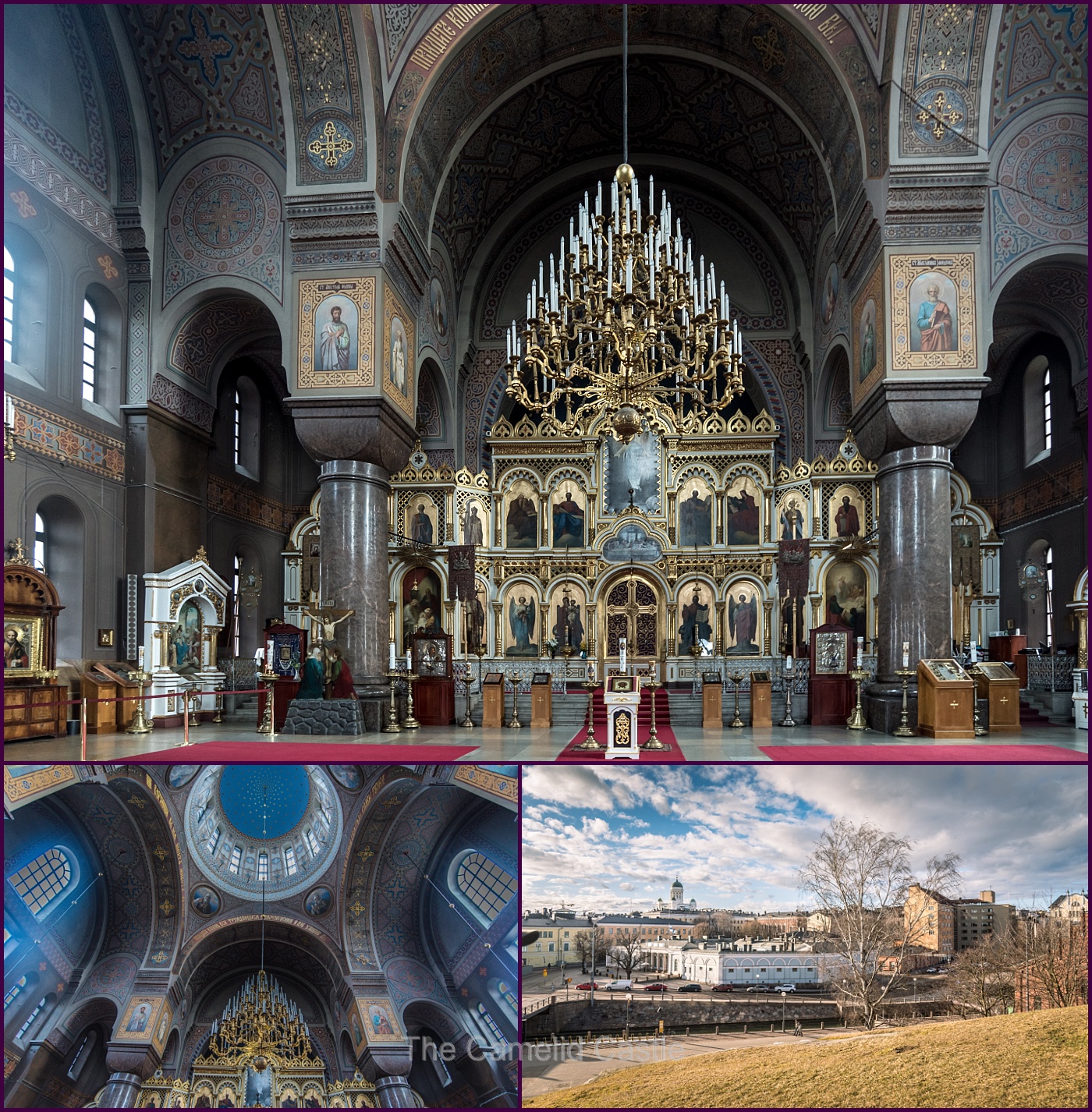 We decided that despite it being my birthday none of us were up for a dinner out. So we opted for hotel picnic and an early night. We managed to locate a supermarket to procure some supplies. As Finnish is pretty much impossible to understand, our reading of signs was not successful so we just loitered and watched what people were doing to buy different products and figured out how to purchase some pick-a-deli salads and some pastries.  We also grabbed some wine and fruit before catching the tram back to our hotel.

We had a very glamorous birthday dinner on the floor of our hotel room (well there was wine!), followed by a wonderful hot shower and all fell asleep in our comfy beds. The kids made it to 8pm and Anto and I barely to 9.

It was a pretty long birthday, especially as there was not a lot of sleep. I think my birthday went for 33 hours in the end, of which I slept maybe 4!  One of the longer birthdays I’ve had and I got to spend the night in a comfy prison! We were looking forward to exploring more of Helsinki the next day with a little more sleep under our belts.

Daily statistics for Monday the 27th of March 2017 in Helsinki, Finland – the temperature range for the day was 1 to 8 degrees Celsius, although with windchill it was sitting just above zero for most of the day, this was a bit of a shock to the system after Singapore!  The total walking for the day was 11.5km.

Next up, more of Helsinki and exploring the Suomenlinna fortress……..

6 thoughts on “27 March 2017- my very long birthday and freezing our butts off in Helsinki! [Finland]”