After a night of disrupted due to someone’s teeth hurting…… seriously universe, 4 molars, one incisior and now some canines all while away – she at least slept until 8am.  We are all very tired after a few big weeks so could do with a day of rest. It’s hard though when we only have a few days left in Paris and want to actually get out and about.

We decided to have an easy morning and since we had virtually no food in the apartment after being away so much, we decided to go to the cafe across the road for breaky.  Anto had his regular petit dejeuner breakfast which consists of organic breads, croissant, juice and coffee all with a variety of Belgian jams and spreads. Astrid shared some of Anto’s and had a pain au chocolat.  I had some Belgian waffles with fruit and an unsweetened chai latte.  Astrid happily chatted to a young boy at the next table, who was about 5. The boy used the opportunity to practice his English, which is far better than our French it would appear.

Speaking of dodgy French….. we are getting worse not better! We can actually now read the majority of what is on menu’s and signs. When people speak though, we have no hope (well Anto understands a bit, I look at them blankly). We also are hard to understand when we try to speak French back. Several times we have used the correct words but the other person hasn’t had a clue what we are saying. Clearly our accents are just appalling.  We had several issues ordering breakfast, when normally it isn’t an issue.  I think we are extra tired at the moment which doesn’t help. We do sound rather ocker with our French, which is probably off-putting for those who can actually speak French.

After a lovely breakfast, although not relaxing, as Miss A was too excitable and was impersonating an octopus and we had trouble keeping her away from many items in the crowded cafe, we headed to get some food for the apartment.  It’s not hard to collect supplies when the supermarket, the fromagerie, the fruit and vegie shop and the bakery are all only metres from each other and your apartment!

Once back we put Astrid down for a nap and caught up on some cooking and blogging before trying to get some rest ourselves.  It would have been nice to sleep all afternoon but we had puppet show plans. We got up at 2pm for some quick baguette lunch and headed (via metro) to Jardin du Luxembourg for their marionette show.  We have been meaning to take Astrid, but we haven’t been around much on the days the shows are on. So, we thought we needed to get there today as it was probably our last chance before leaving Paris.  Apparently the theatre at the park (which incidentally is ‘only’ 23 hectares in size and has ponds, museums, pony rides and play equipment among other things) has been operating since 1932.

We, of course, managed to get off the metro miles from the area of the park we were trying to get to. A brisk but long walk and we arrived at the puppet theatre. This afternoons showing was the ‘new adventures of Pinocchio’.  The theatre looks like it hasn’t been renovated since 1932 and is an old building with wooden bench seating. It was full of young children and their parents and grandparents. It’s 4.70 Euro per adult and child (yes you have to pay for each of the kids, even babies) so not overly cheap….but when in Paris it is worth seeing some puppets in the Park. 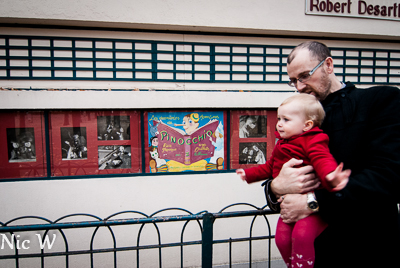 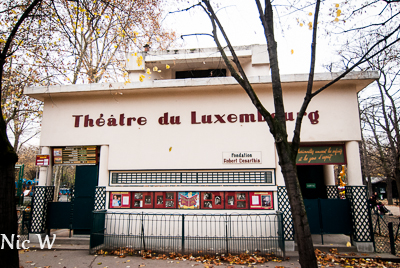 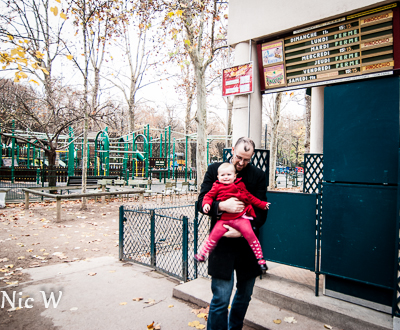 As we got there right on start time we were at the back. This meant Astrid couldn’t see well unless she was standing on our legs. She was so excited by the puppets that she spent the entire show jumping up and down and squealing with excitement.  It didn’t seem to matter that the show was entirely in French, puppet antics transcend the language barrier.  The first half of the show finished after 20 minutes and there was a 10 minute intermission, then another 20-odd minutes.  We must say that the show was well done. Lighting, sets, a variety of interesting characters. We aren’t sure the ritual ‘slaying’ of a lion with a sword by Pinnochio was all that child friendly but the kids were in fits of giggles.  Astrid’s attention waned a little at the end but she was still excitedly squealing and clapping along. When it ended she pointed at the stage and demanded ‘more, more, more’. Unlike playschool though, we couldn’t just start the next episode.

We headed outside and despite missy wanting a go on the extensive play equipment (a photo of just a section of it is below, it is sectioned into ‘age groups’). We also found some cool statues in the park we hadn’t seen before, having walked out in a different direction to previous times. We decided to head for some window shopping and ‘home’ given it was getting near dark.  We walked back through Rue Vavin, which is full of designer kiddy boutiques…… full of gorgeous things. Our suitcases are full and our wallets empty so we just window shopped.  We did go into a really cute toyshop which had a good sale on and lots of really cool things. A few things were tempting but they weren’t small and we are running out of suitcases so thought better of it. Miss Astrid has done well on this trip so it won’t matter. 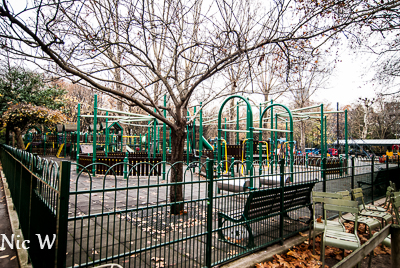 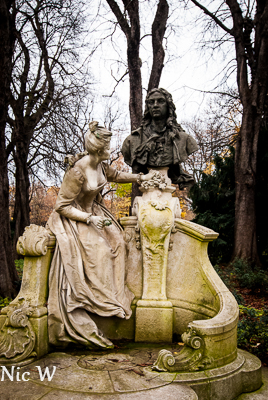 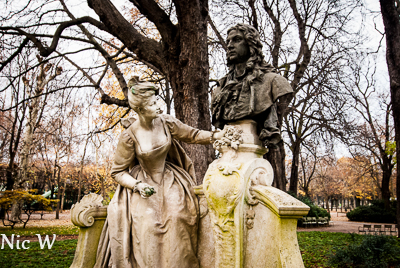 We walked to a different metro station to go home and were on the same line but 5 stops further down. So we had obviously walked a bit. So much for our ‘light’ walking day.  We were trying to rest our legs after all yesterdays steps and tomorrows impending bike ride. It was a long metro ride home but we mostly got seats for once, which was a nice change. It was still packed though, Saturday evening in Paris so people were going out. When we got off the metro, and marched along our well-worn track back to our apartment it was starting to get dark and the light was fabulous. 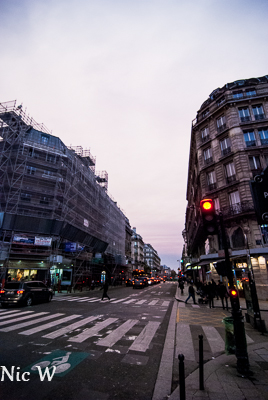 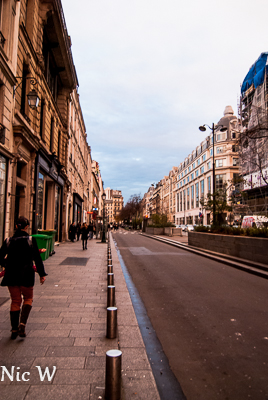 On the way back in we stopped by one of the many patisseries to pick up dessert.  Tonight’s dinner was garlic green bean, mashed potato and some 4 cheese ravioli from the Italian deli and home made (by Anto) sauce. Finished off with a cafe eclair and a chocolate moussey thing which was coated in chocolate and had crunchy bits through it. Very, very nice! 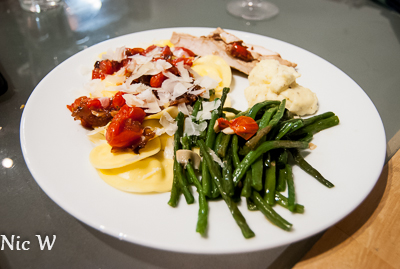 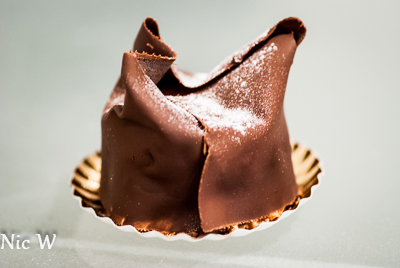 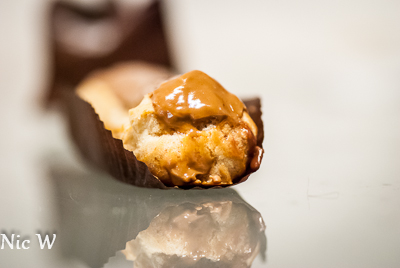 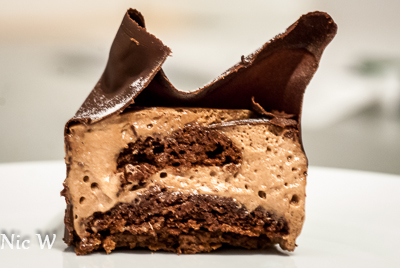