On the weekend I started pulling out some of the baby stuff and washing it up ready for use.  This included the baby hammock and the ergo insert. Astrid has been quite keen on trying out things for the baby. It appears though that she doesn’t fit into some of them as well as she used to!

We used the ergo a lot with her, from the time she was born. She still fits in it well today, and we still use it when walking some of the time. It’s been a long time since she fitted into the newborn insert though! Here she is, attempting to get in…….. it doesn’t look very comfy! 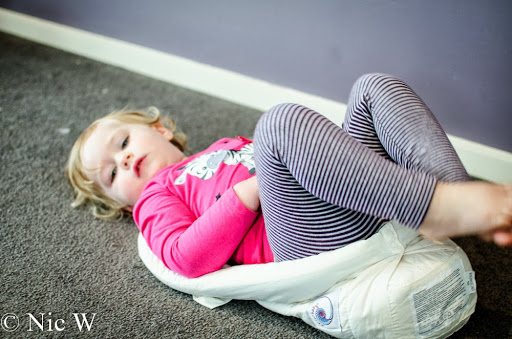 We also put together the hammock for the baby.  Astrid is fond of any construction job and loves screwdrivers and wrenches so was happy to help out. 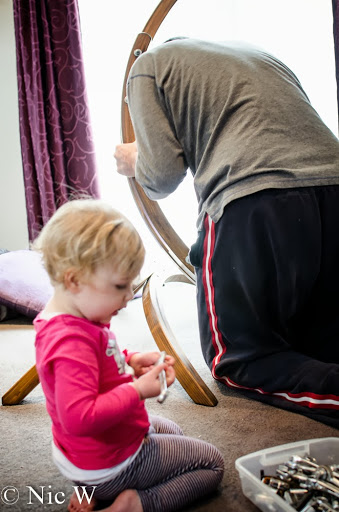 Once the hammock was up she was keen to give it a go.  Here she is sleeping peacefully in the hammock at 6 weeks old!

She ended up sleeping in the hammock in our room until she was 5.5 months, at which time she moved to her own room and cot.  Even when we moved her we though she was big compared to when she was a tiny newborn. Now here she is trying to squish herself in the hammock at 2 years 3 months! 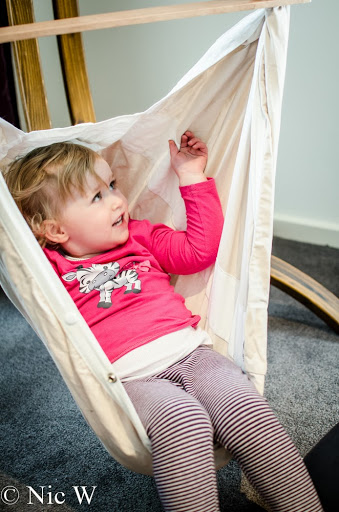 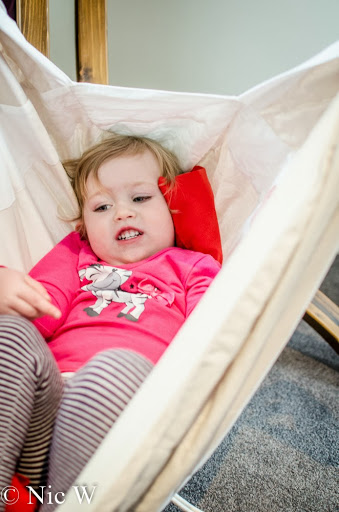 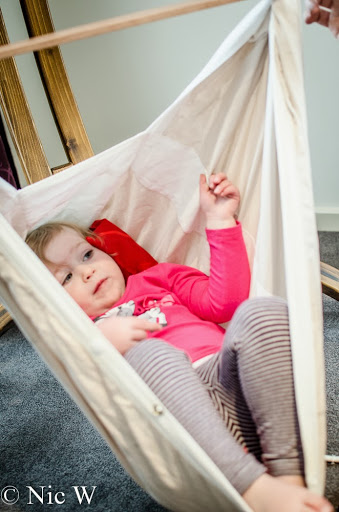 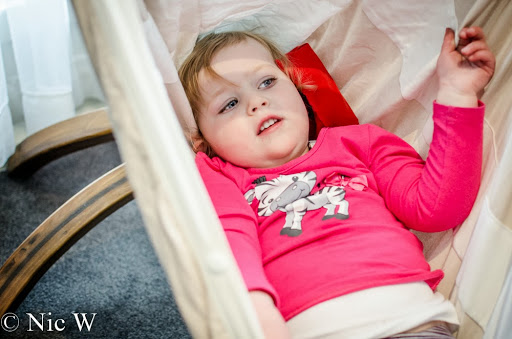