I’ve previously posted about Astrid’s school rabbit – Stewit!  We have had him come to stay for the weekend during the last school year. The kids adore him, even if he makes a giant mess and tries to eat all our indoor plants!

I had stupidly volunteered to have him during the Summer holidays, and we had him stay the middle two weeks of the holidays.  Normally we let him hop around the family room when not in his cage. As this was a longer visit away from his bigger enviro-centre hutch, we built him a temporary hutch on the side of the house under some shady trees….with some lovely mondo grass to lay his fluffy belly on!

He like the hutch a bit too much and refused to come inside most nights.  Anto had unfortunately made the hutch a bit long and narrow so Stewit would sit in the middle, forcing Anto to very elegantly have to crawl inside every night to get him out. A rather amusing sight, sadly I never caught it on camera as I was too busy assisting (ergh laughing!).

Stewit seemed to thoroughly enjoy his Summer holiday and lazed the days away outside, coming inside for cuddles and brushes from the kids.  Despite being known for chewing through electrical cables, we’d never had a problem letting him hop around the house. Well this time he chewed through the cable on our weather station, lucky he is cute! 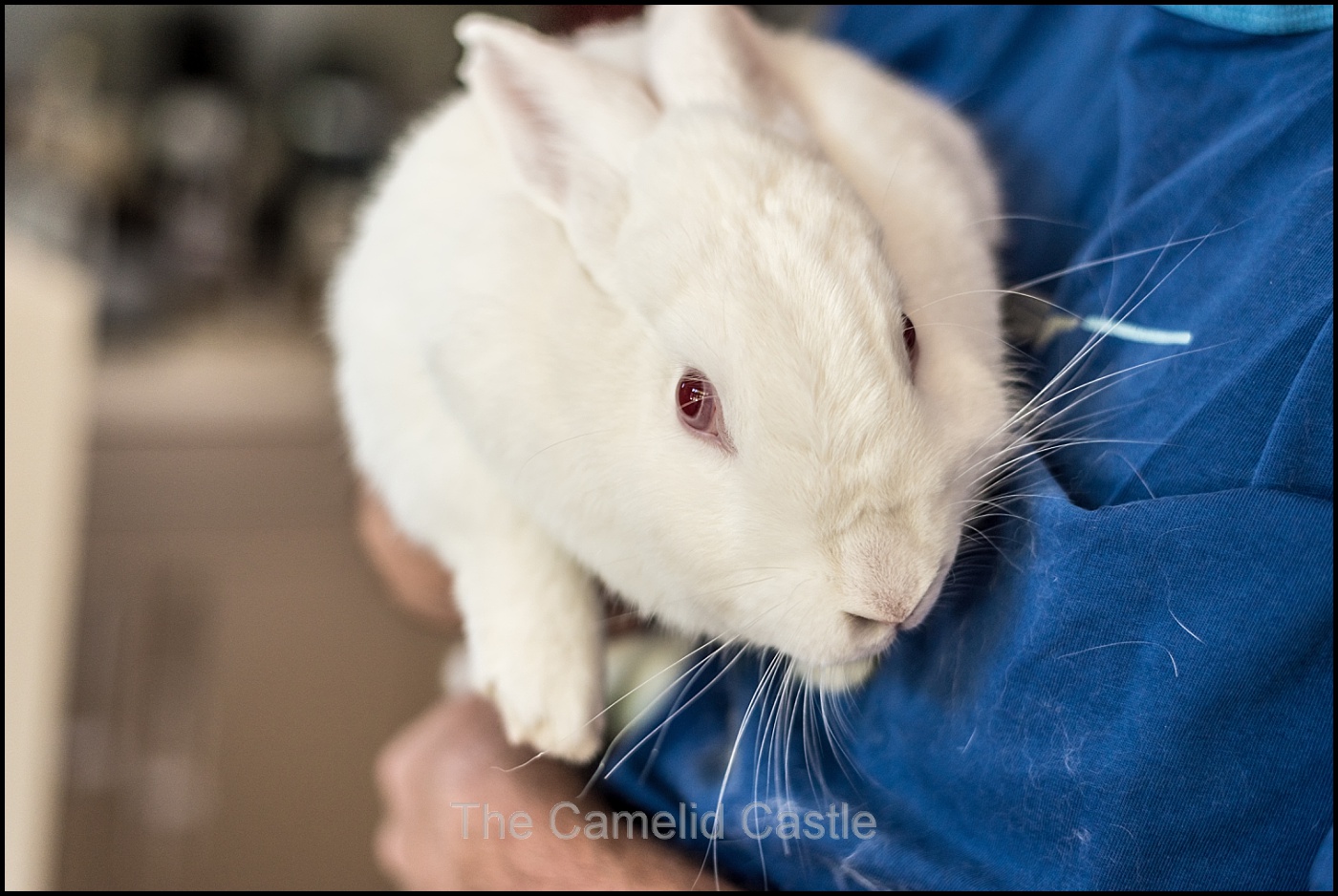 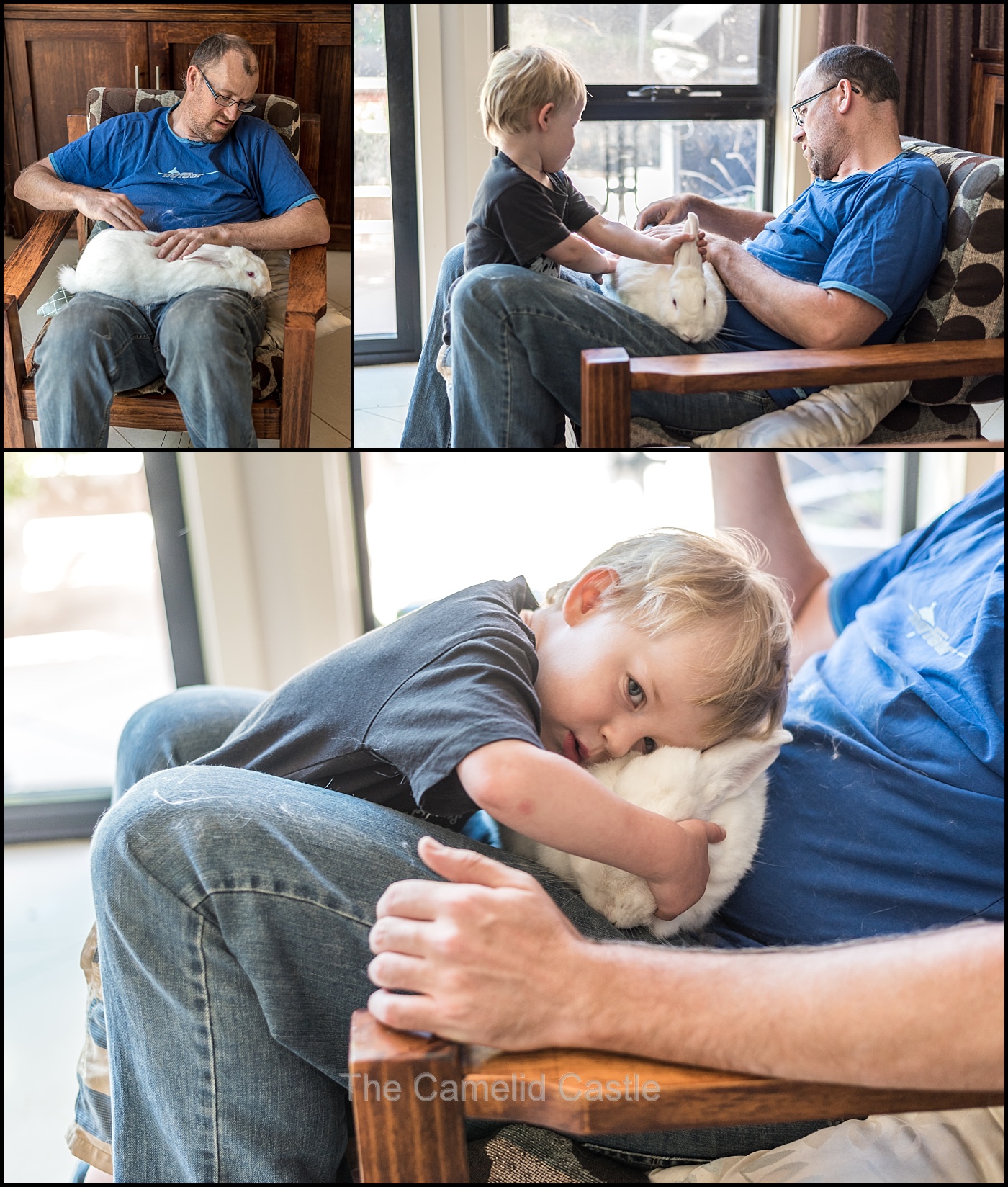 The cats always totally ignore Stewit. He is bigger than them!  The alpacas also weren’t sure of what to make of him.  They gave him a good sniffing and nuzzle and weren’t at all fussed. 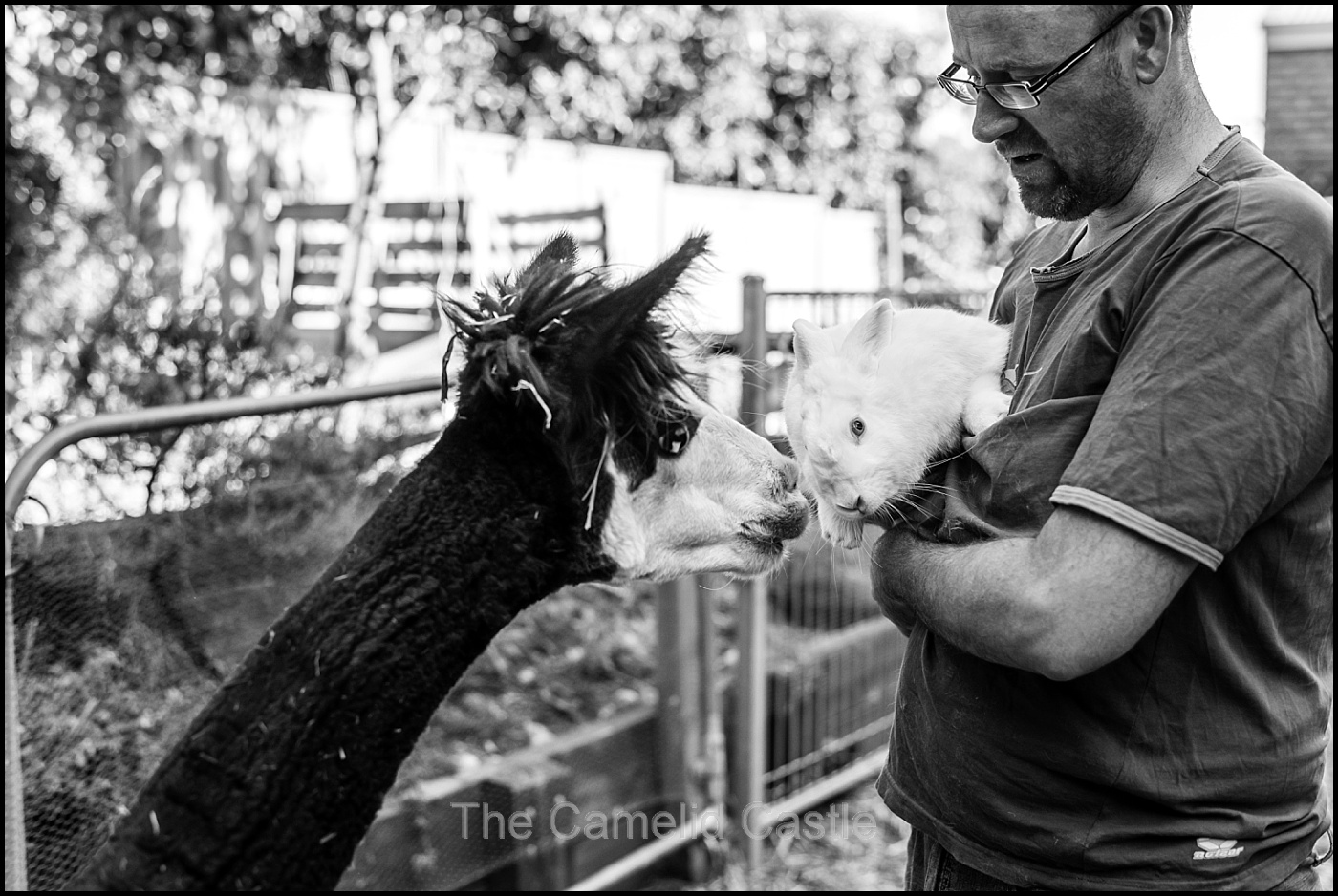 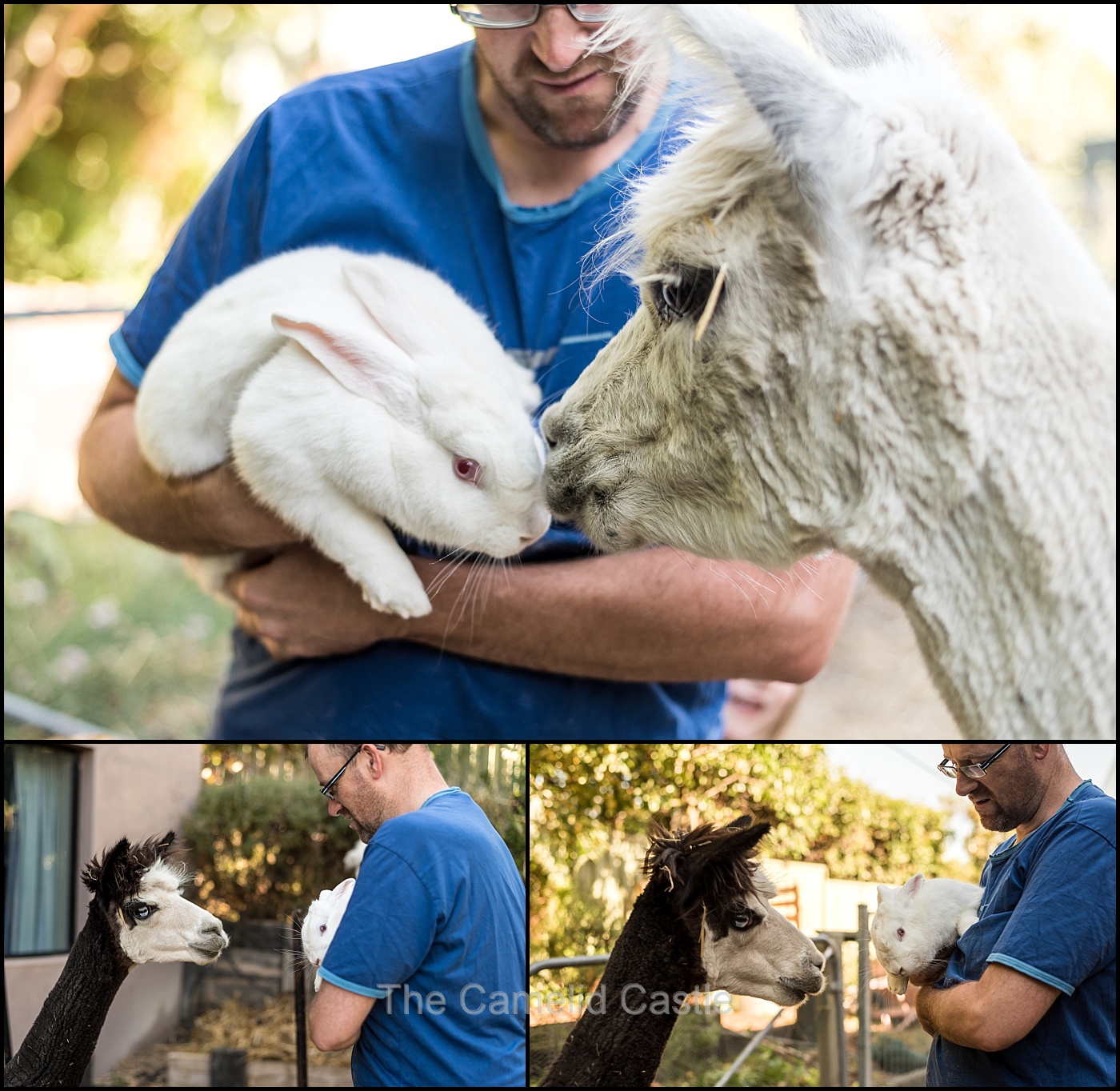 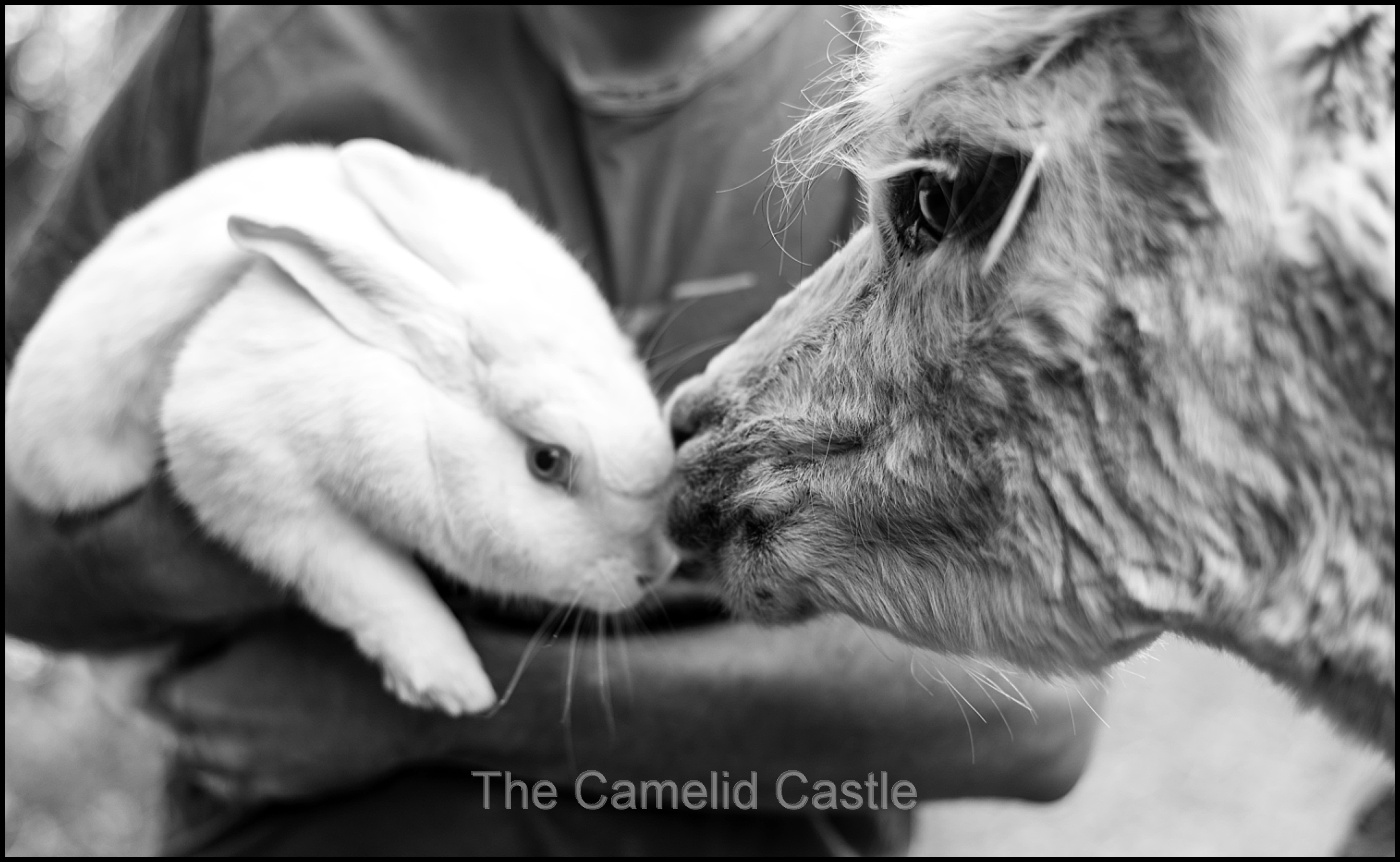 Stewit is now with his final family of the school holidays and is probably bracing himself for the onslaught of cuddles when school goes back at the end of the month.  In the meantime we have returned to our regular menagerie of alpacas, cats, tropical fish and a stray pigeon.  In place of Stewit the kids have adopted a pet caterpillar, who is now adorning the kitchen bench.  I think he makes almost as much mess as the rabbit!