Schools been back for over 2 weeks (yay!!! say all the tired parents).  We actually had a pretty relaxed and fun school holidays and I wasn’t even in a rush for Astrid to go back to school….. until the last couple of days when she was definitely sick of mum, dad and little brother and REALLY wanted to go back to school and was behaving as such!

I’ve already posted about our trip to Queensland and our Christmas festivities. The rest of the holidays were pretty quiet. We hung out at home, caught up with some friends, visited grandparents, played with all those new Christmas presents and did an awful lot of science experiments.  Half the Australian Geographic store made its way into our house for Christmas, which kept the kids well and truly entertained and cluttered up our kitchen with all manner of things ‘growing’.

I didn’t actually crack the camera out too often during the Christmas holidays, but still was instructed to take photos of all the fun and experiments!

The warm weather meant we spent a lot of time outside playing with bubbles, who needs expensive Christmas presents when you play with giant bubble makers! 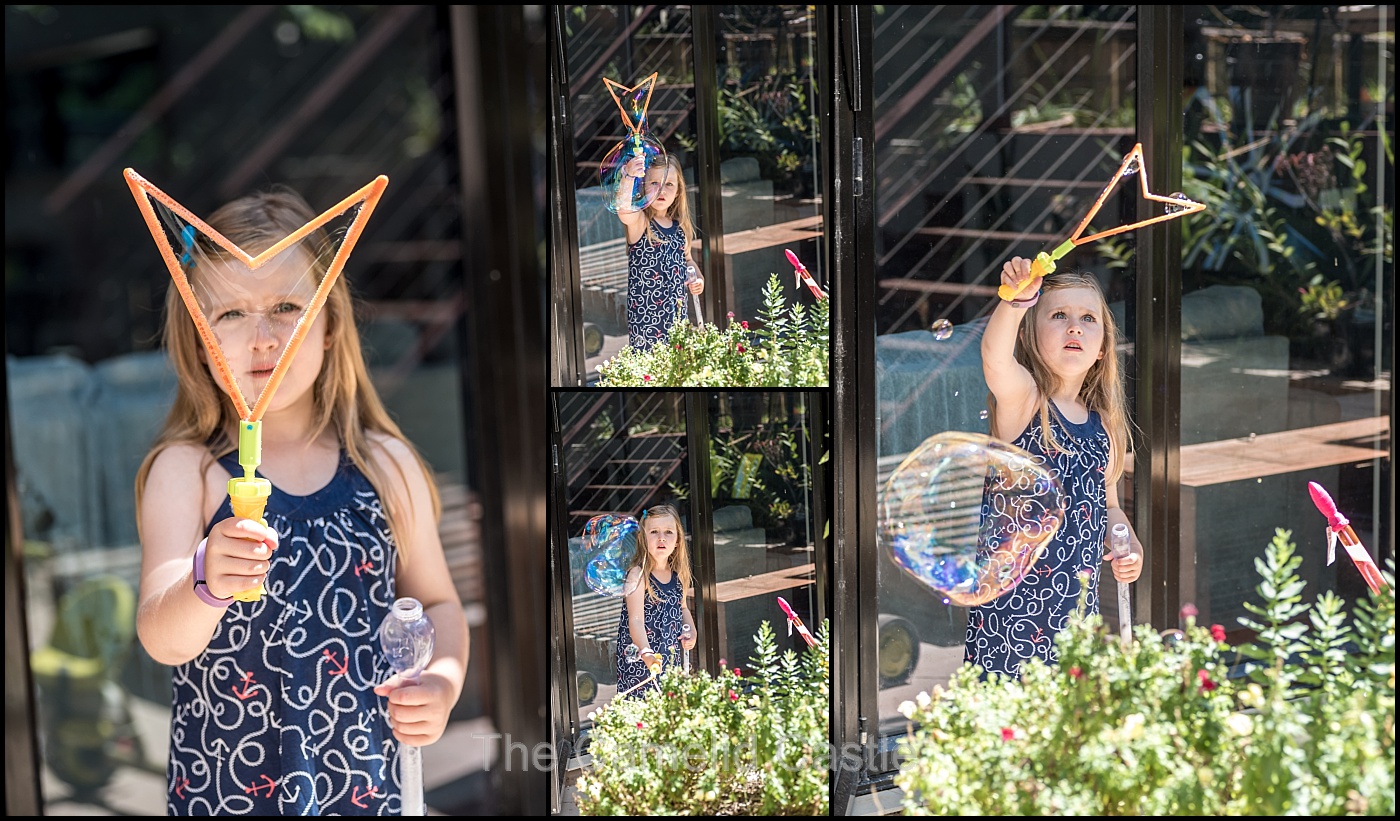 When we weren’t making bubbles, Nemo and Dory were getting ‘raced’.  Any excuse to play with water! 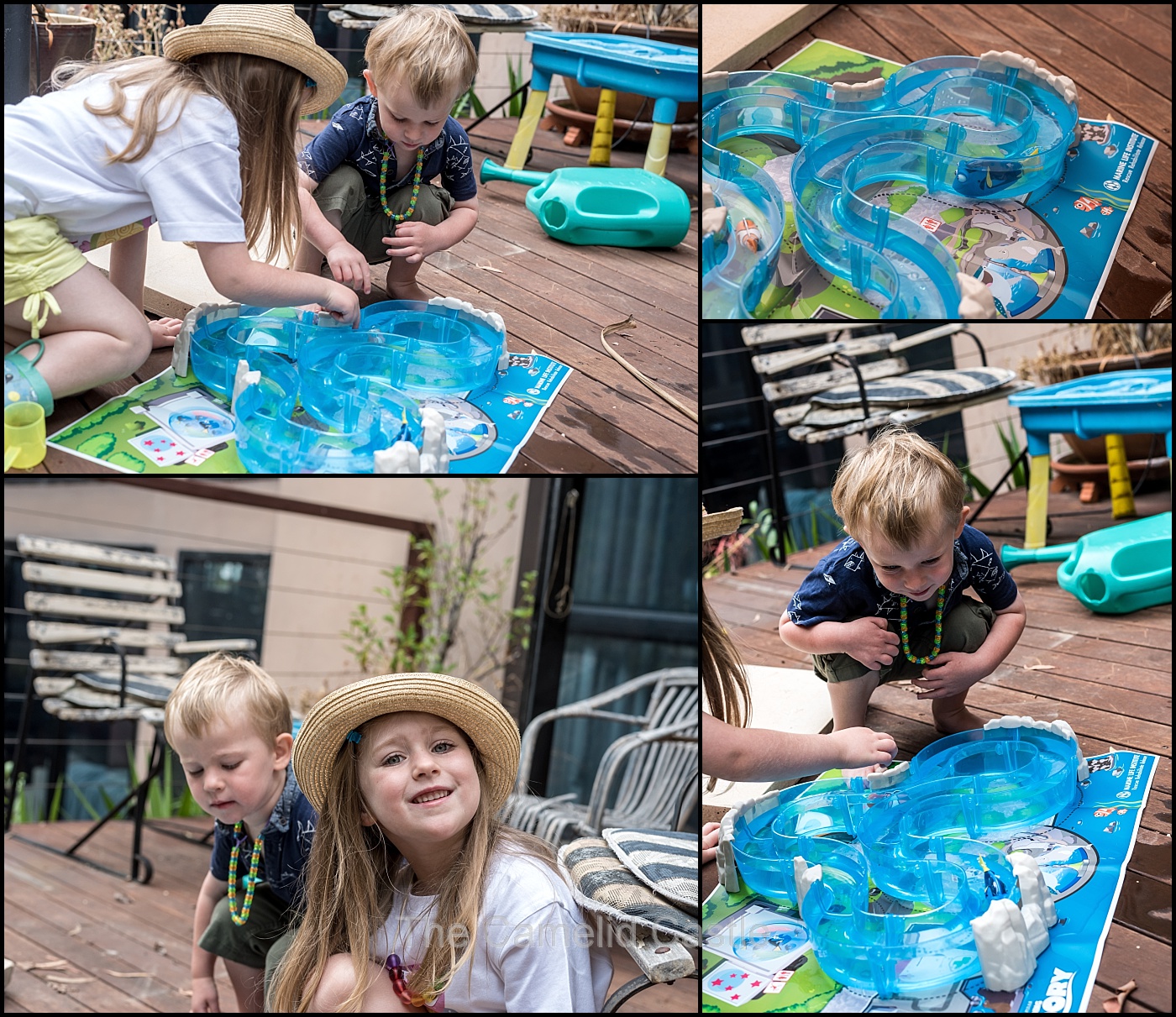 When it was too hot outside there were a lot of dress-ups and a lot of dancing. I swear I have thousands of photos of them ‘dancing’. Dancing must always be performed in some kind of twirly skirt……… 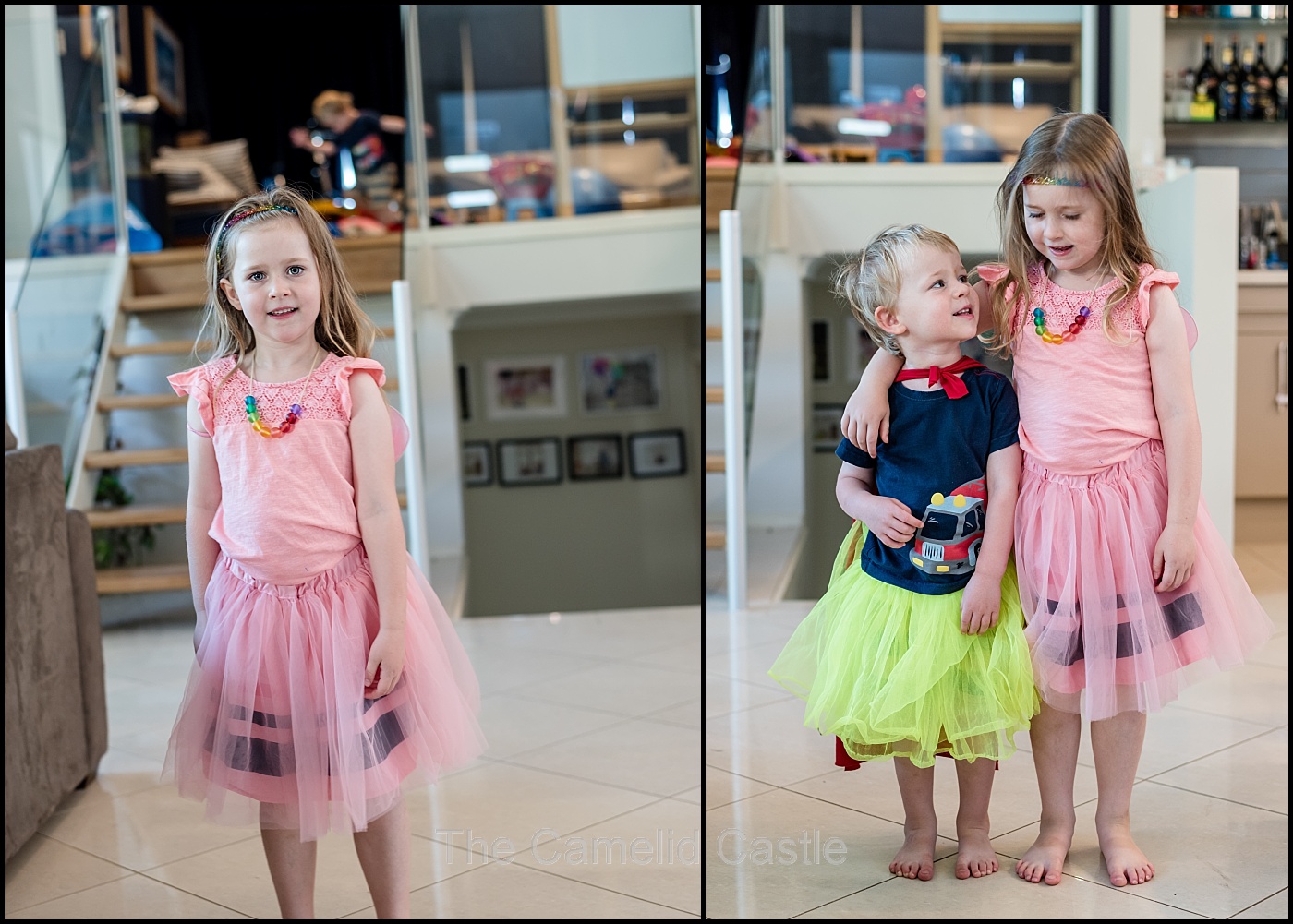 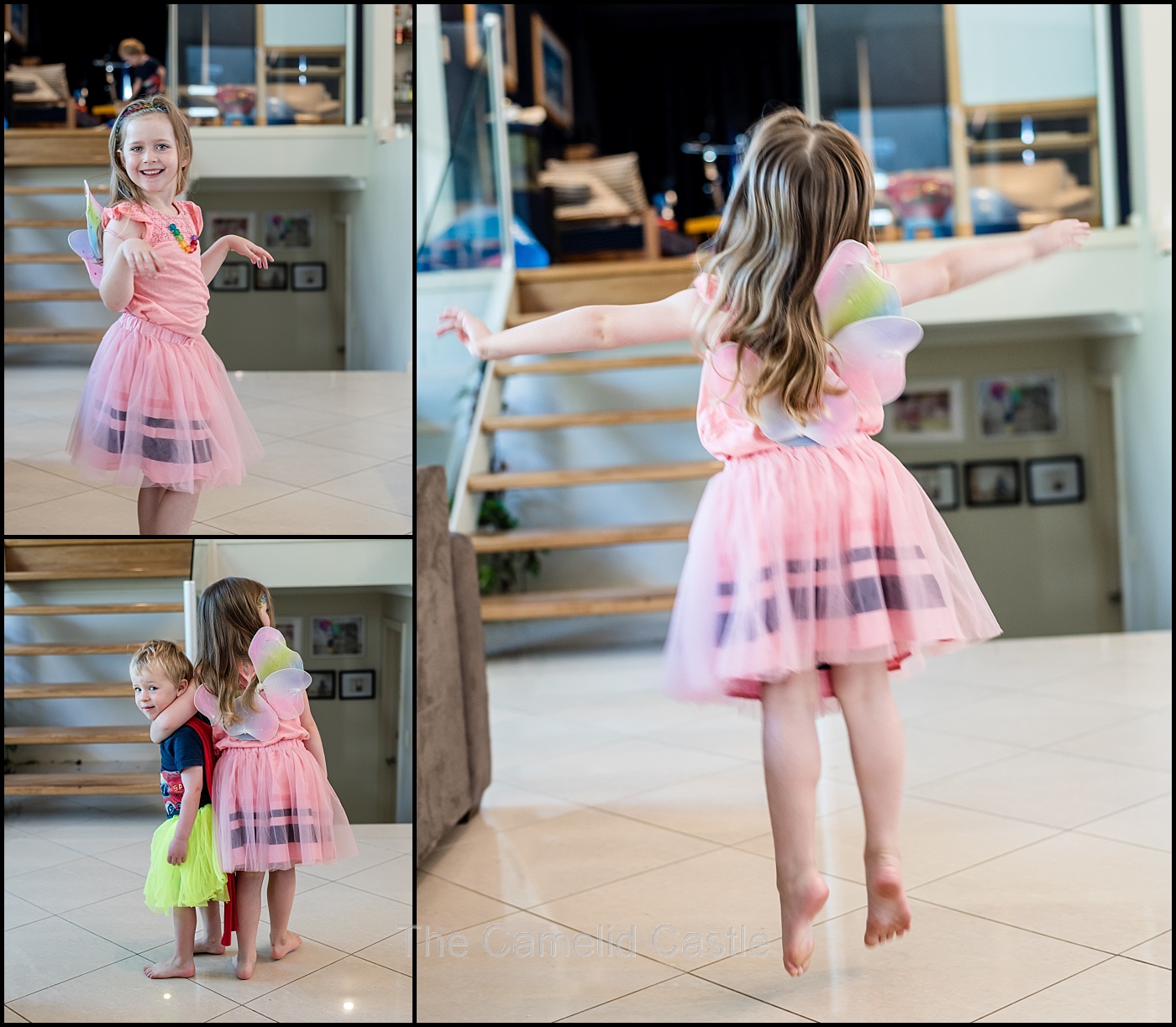 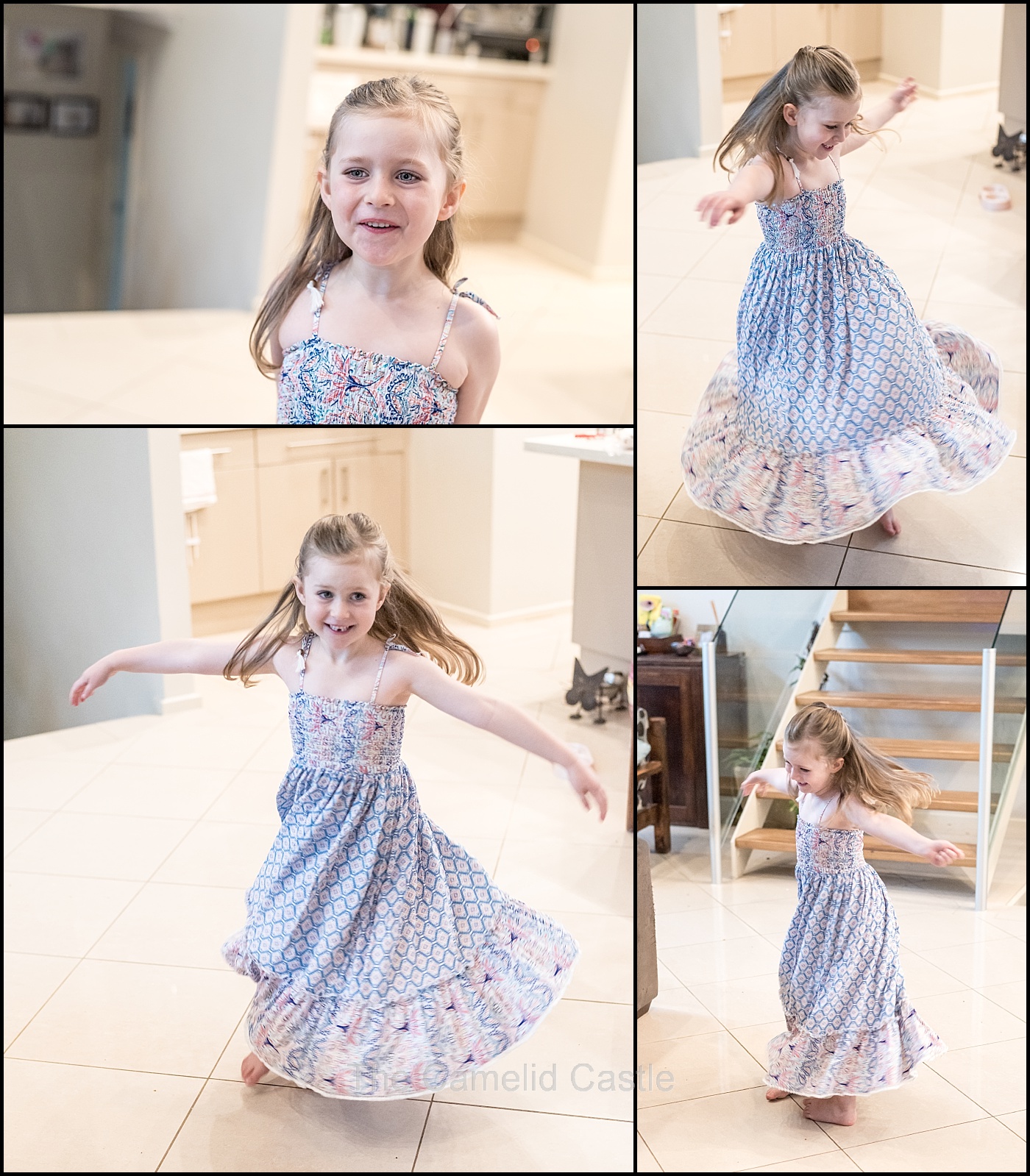 When it was too hot for Astrid, she spent her time reading. She was 140 pages into the book she got for Christmas by the end of boxing day. I think a kindle is in her future!

Then there were all those experiments. We started by hatching our Nemo eggs, then the platypus and dinosaur.  You put the eggs into water and they crack open in around 24 hours and the creatures grow over the course of a week or 10 days. They get rather enormous, we had to keep moving them to bigger and bigger bowls of water.  I didn’t get a photo of the full-sized Nemos, once out of water they eventually shrink back down to a more manageable size, but in the interim you end up with a large (and damp) creature living in your kid’s bedroom! 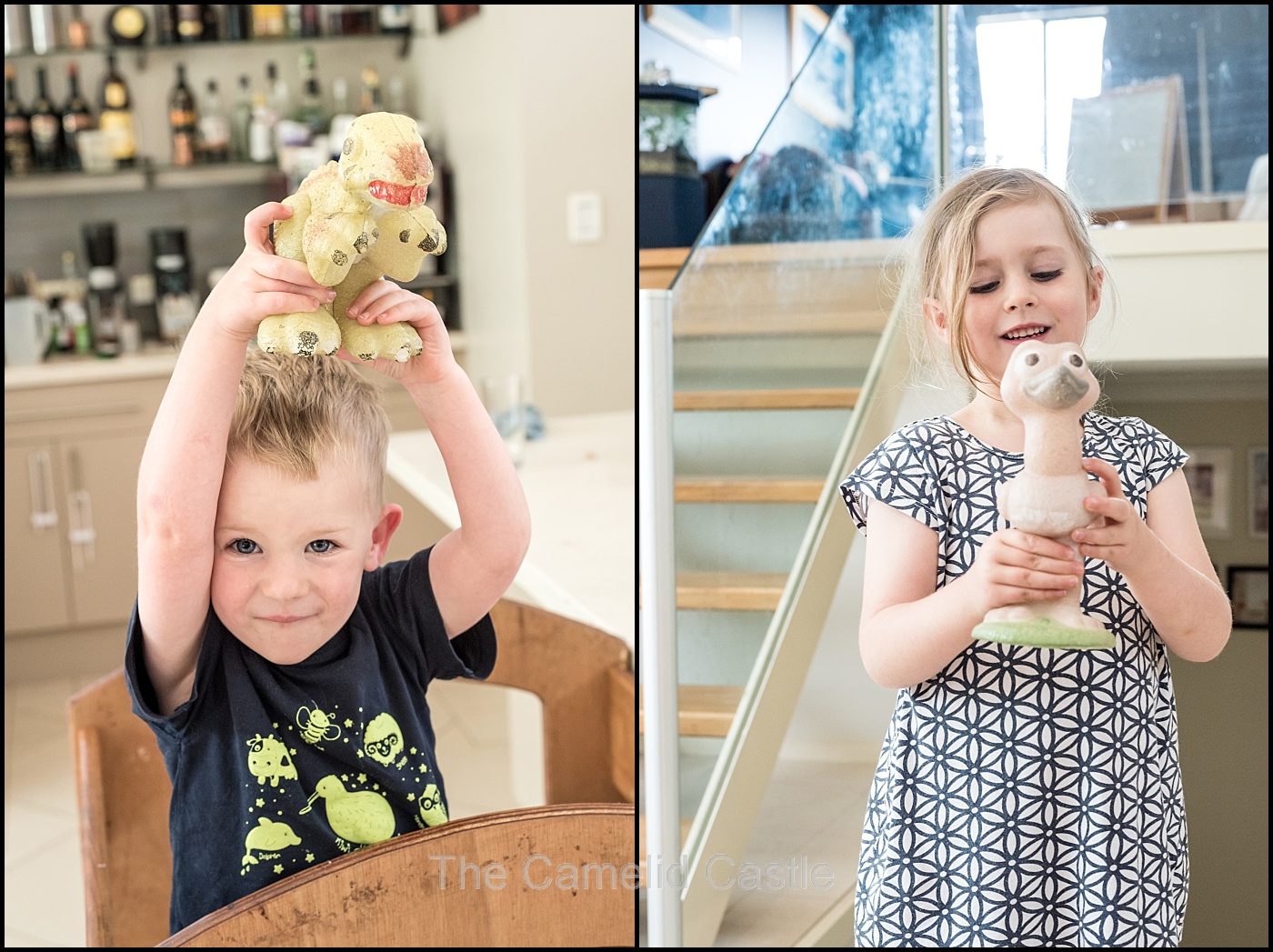 The next experiment was the ‘grow your own crystal garden’. This thing was awesome.  It promised a fully grown crystal garden in 10 hours.  It wasn’t kidding, this thing grows fast! It kept the adults and kids fascinated for an entire day. We put it on the kitchen bench and checked on it every half an hour and you could see huge changes.  I think the adults were almost more impressed than the kids. 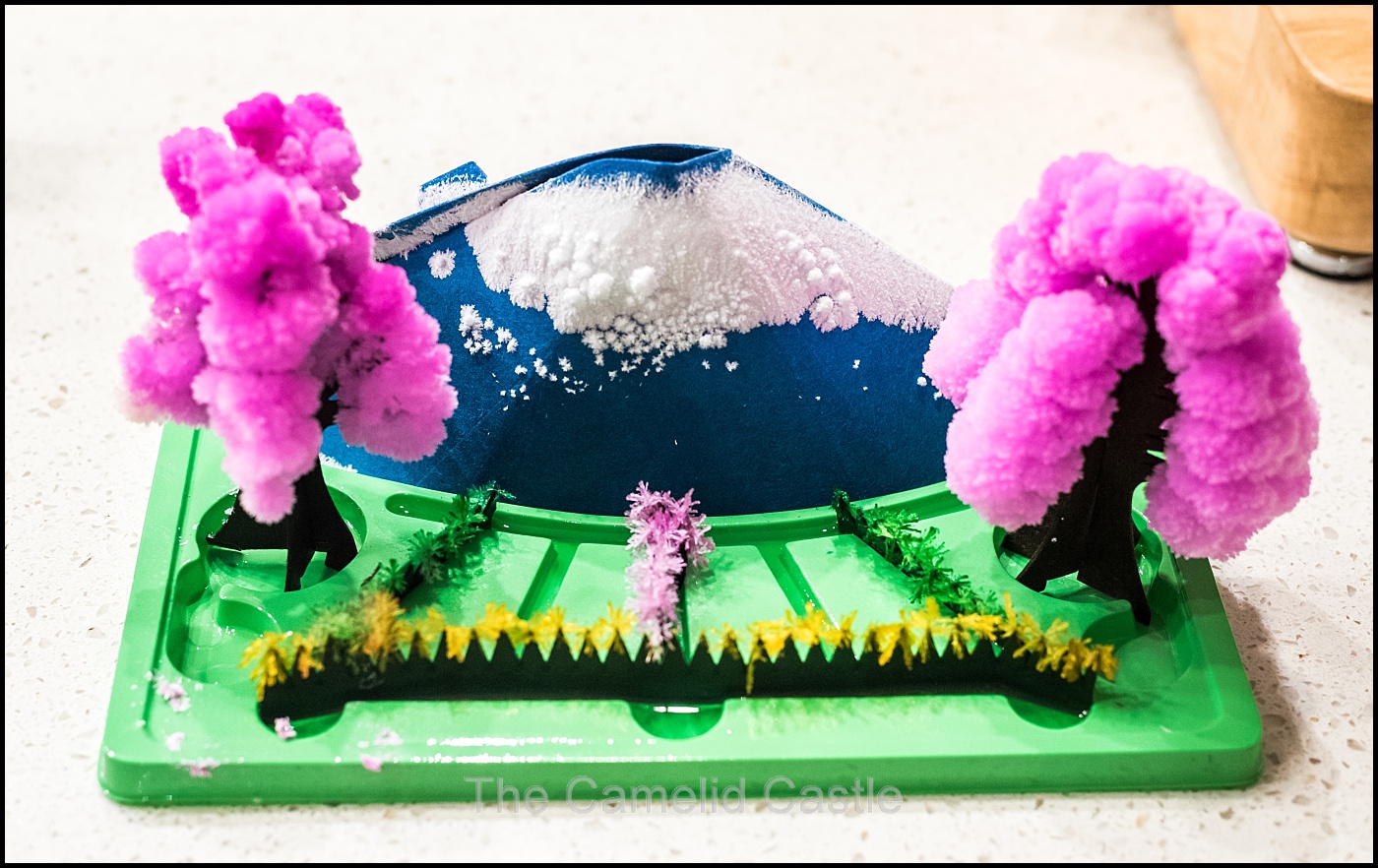 We started it 11am and the last photo above was just before 10pm. Very impressive!

You could keep growing it for several days after the first day by adding more solution and water. One of our poor trees kept getting knocked over so we had to constantly regrow it. As the solutions in different parts of the garden were getting a little mixed together we ended up with some pretty funky results. 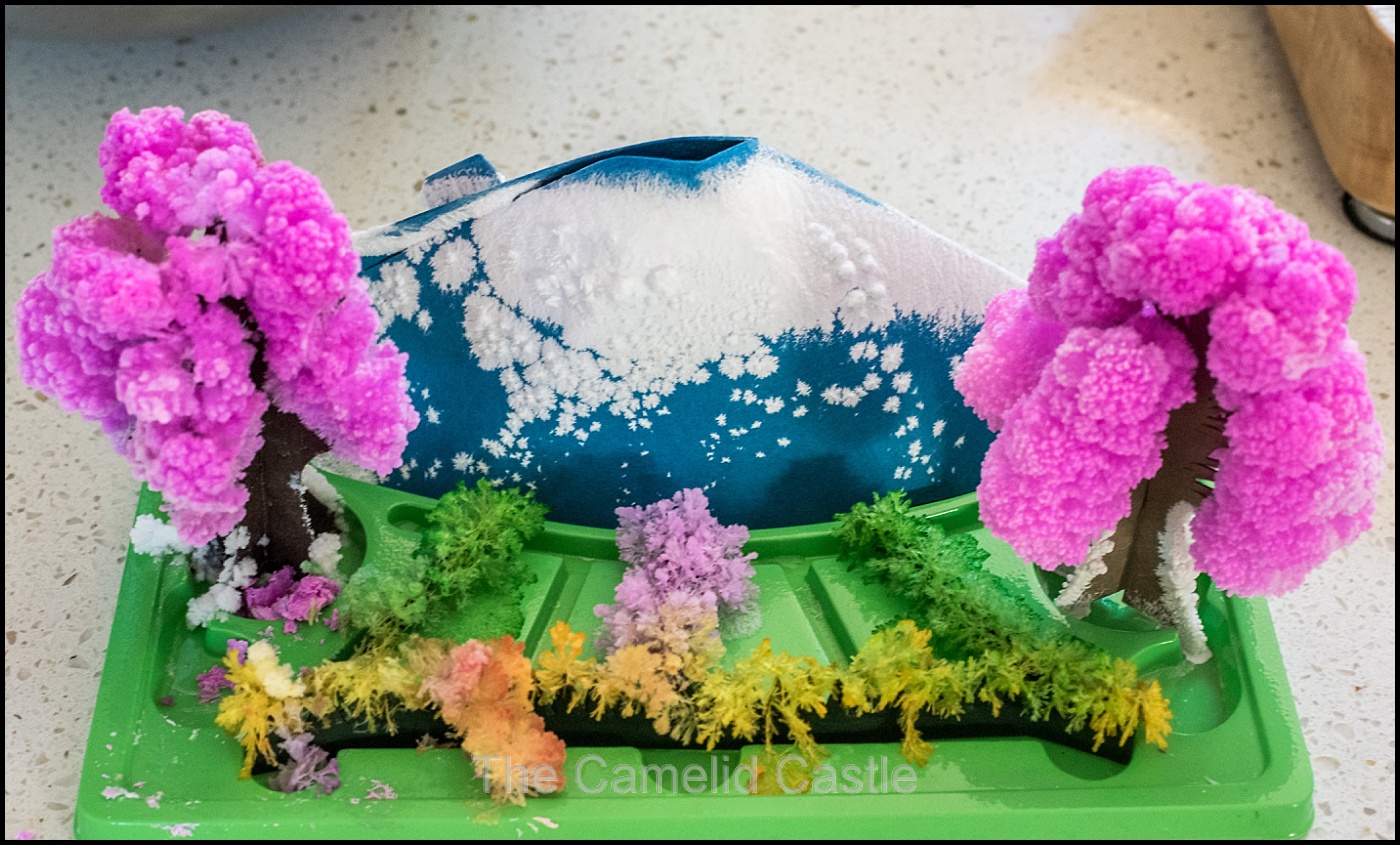 We also had to crack out the craft projects I’d been promising to help with.  Like making ‘Olivia the Owl’. That afternoon involved quite a bit of sewing on my behalf and lots of hot glue (and swearing).  Astrid is now going to sewing club at school, hopefully the next owl project will involve less sewing for me! 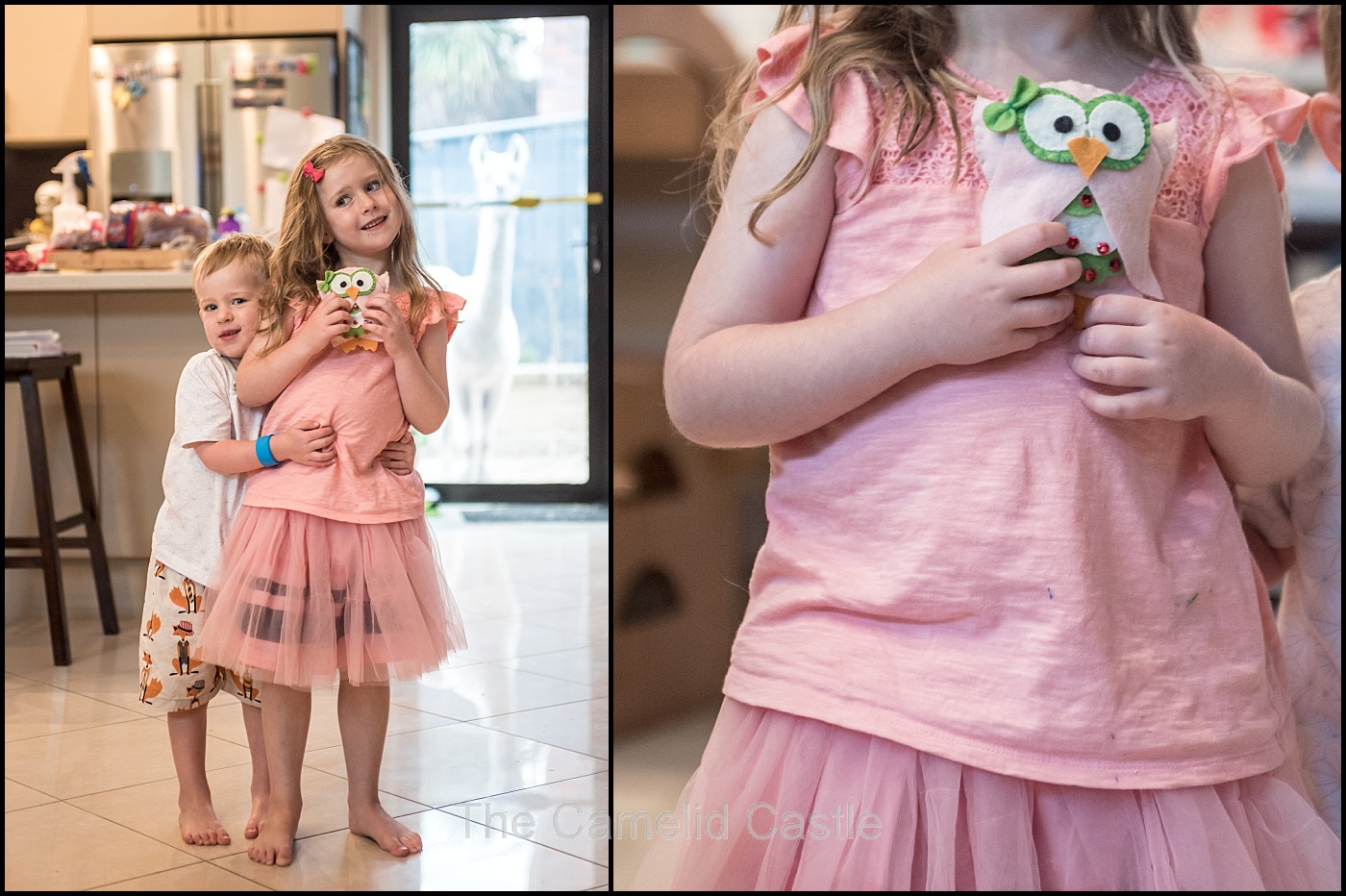 Just to up the stakes in the science experiment and crafty stakes, we decided to see if we could hatch one of our citrus tree caterpillars into a butterfly.

We have some delicious lime and lemon trees in our garden, that are often munched on by some very hungry caterpillars.  They do a bit of damage if they get going, so we normally strip them off. One day, during the holidays, Anto found a very large one and brought it inside for the kids to look at it. Next thing it had become a pet. It was in a container on the bench with water and some lime leaves.  Mr caterpillar was indeed hungry and munched his way through many leaves over a week or so.  The ‘Hungry Caterpillar’ story wasn’t kidding. Those things eat a lot!!  They also poo a lot….  Just when I was planning on taking photos of Mr Munchy he attached himself to the side of the container and looked a bit like he was cocooning.

We kept him there for a couple of weeks, not confident much was happening. It wasn’t a silk cocoon, it looked more like a dried up leaf. He fell off the silk attachments on the side of the container. One day the container fell off the bench and he rolled across the floor….oops.  After well over 2 weeks Anto and I were debating whether he was put into the compost bin as the cocoon looked kind of shriveled up, and we figured there was no way a butterfly was hatching out of that.

The next day I hear shrieks of excitement from Anto and we rush down and see a beautiful butterfly emerging from his cocoon….. in our kitchen.

After we fed formerly Mr Munchy some sugar-water, we popped him outside on a tree so he could dry his wings.  He spent a good 2 hours hanging there drying out his wings and practicing flapping them. It was fascinating to watch. 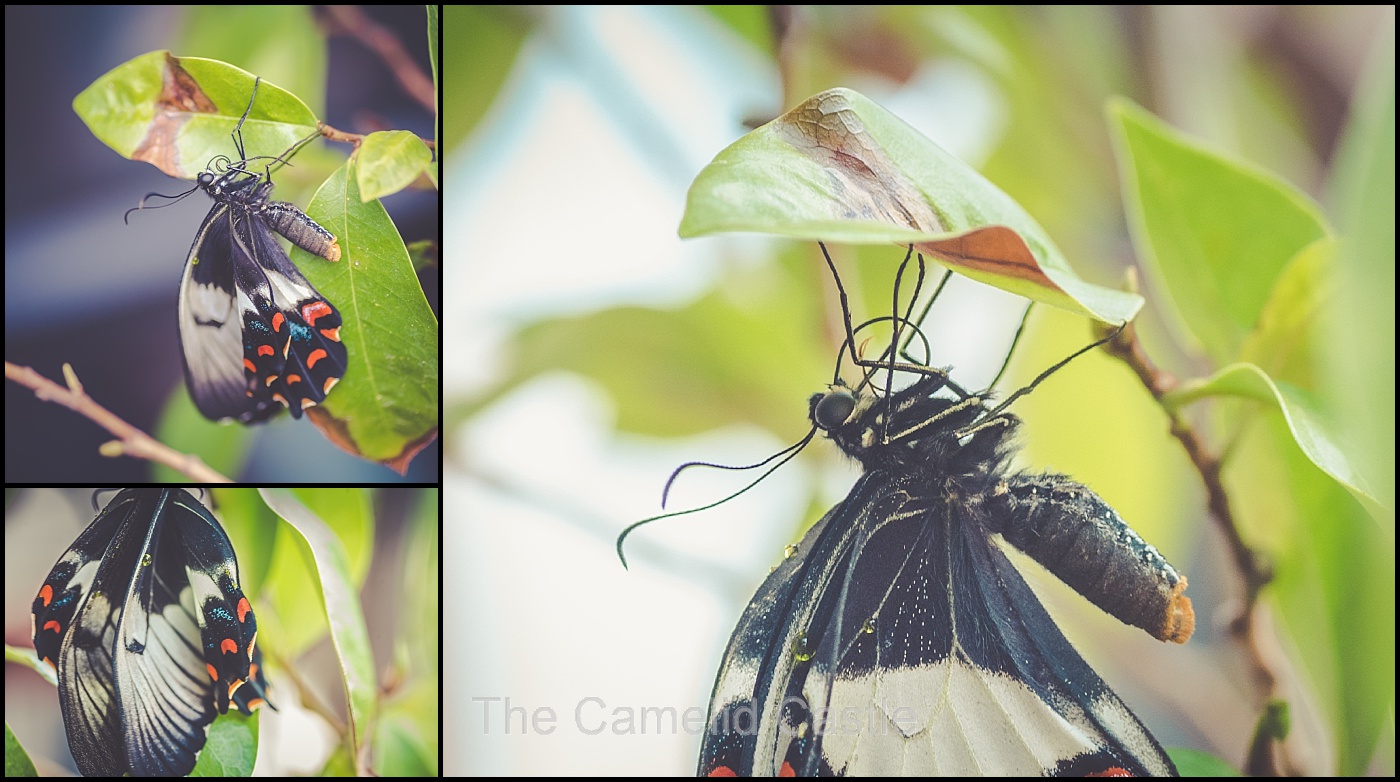 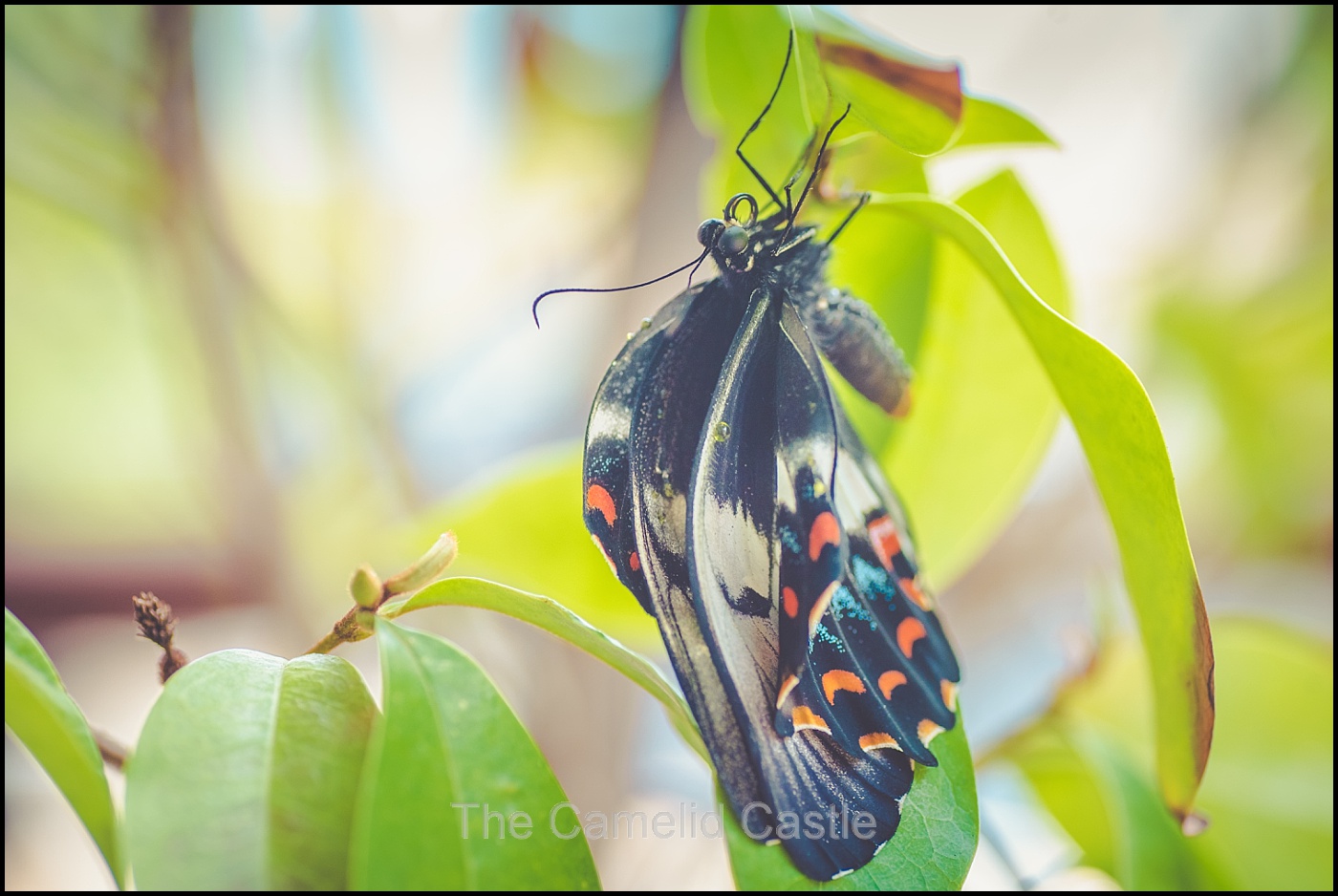 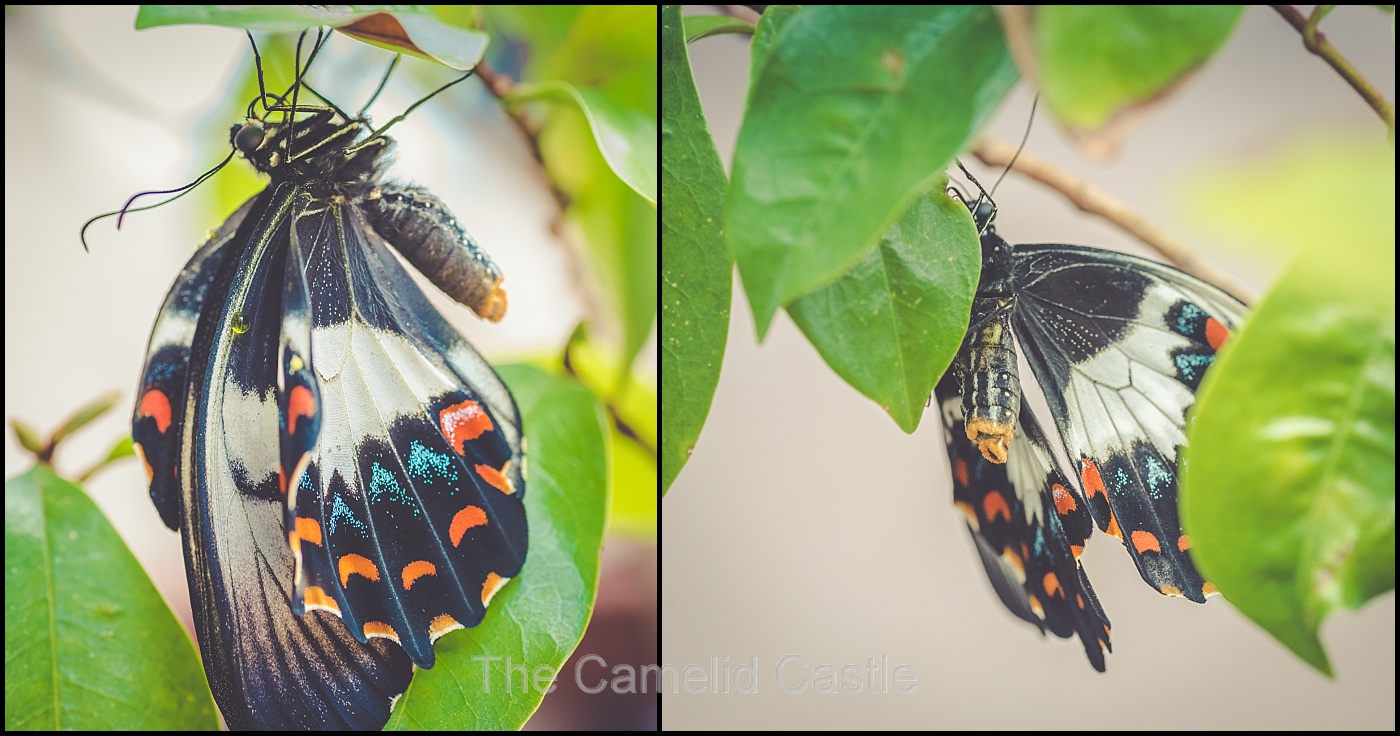 A few hours later he fluttered off, much to the kids disappointment, I think they wanted to keep him!  So it turns out you can turn a caterpillar into a butterfly in your kitchen. Anto and I were seriously impressed it worked, and we have managed to grow two humans in the past!

Between all those experiments, Astrid also found time to lose her second tooth.  A definite gappy smile now, and no sign of the first one out being replaced with the adult tooth.  She thinks she’s very grown up!

We also did a fair bit of cooking, baking……… and eating!  My kids are fans of food…… 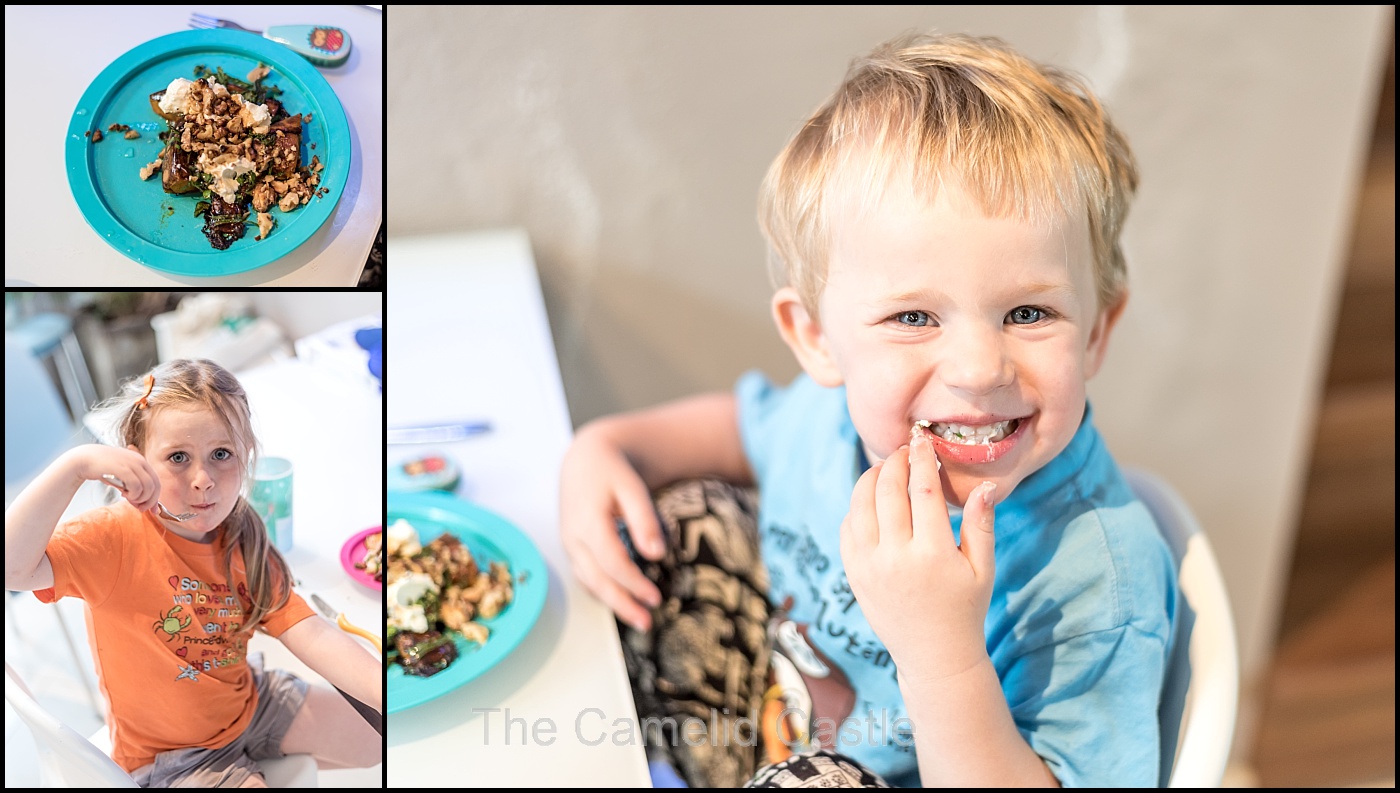 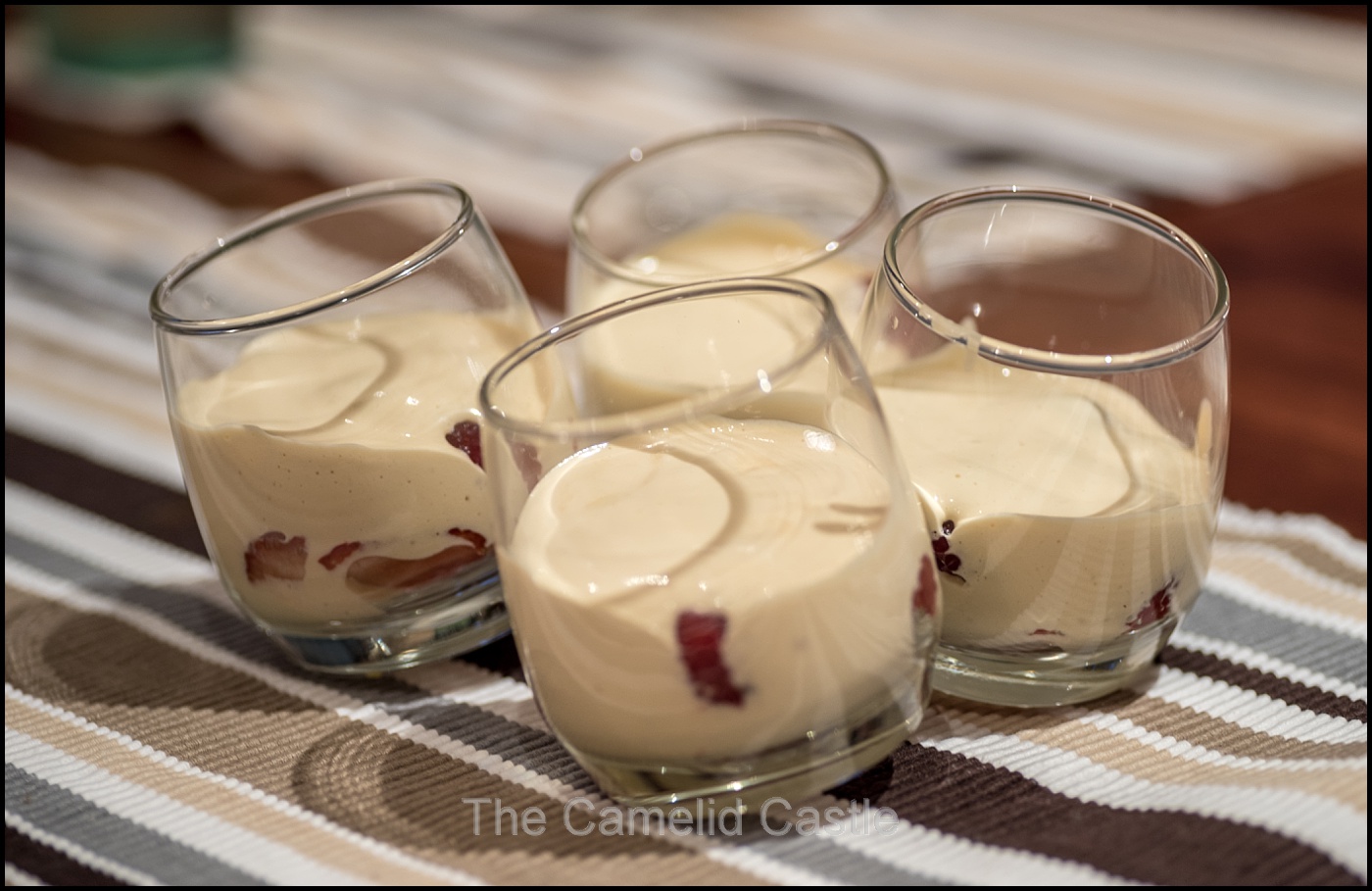 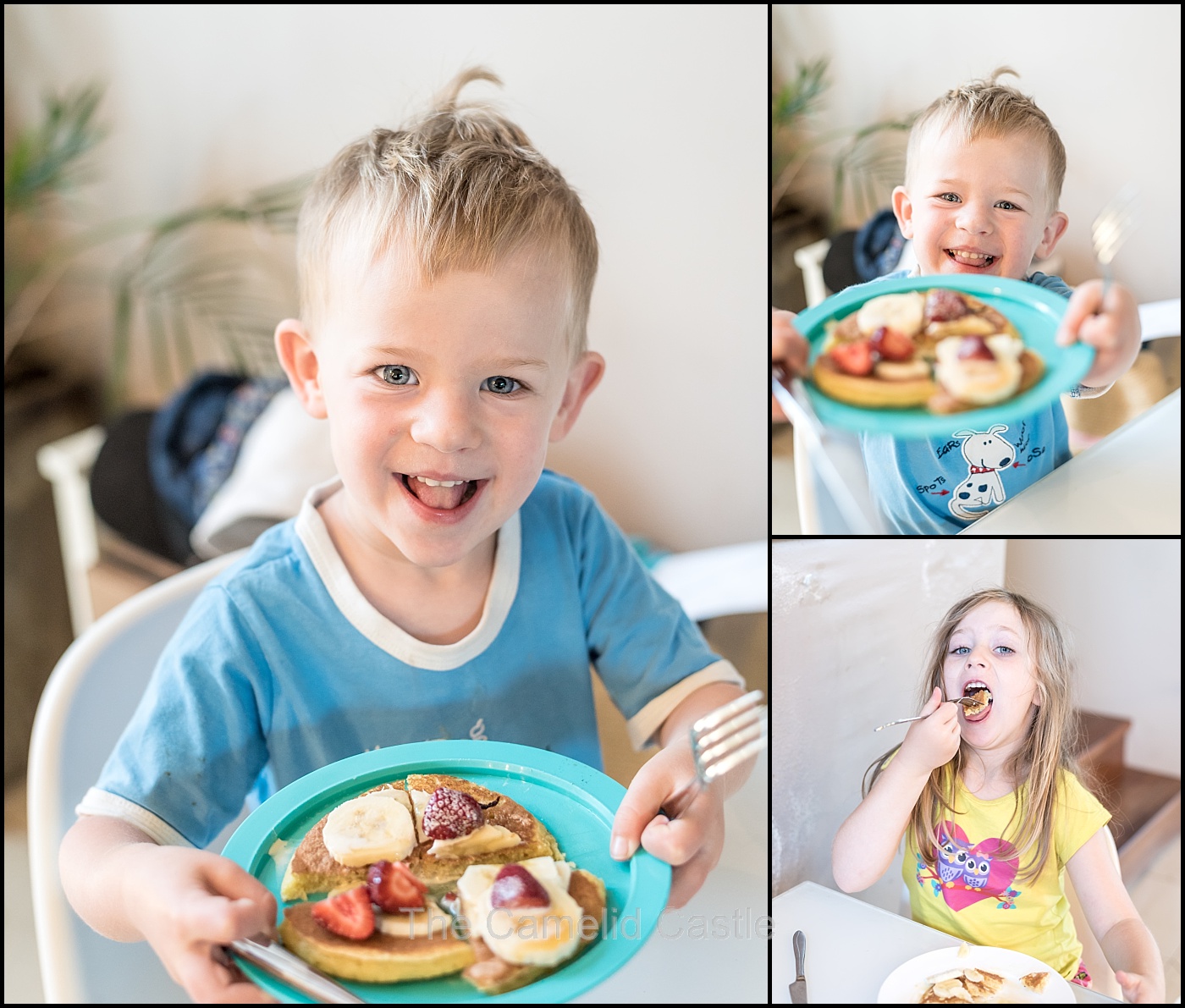 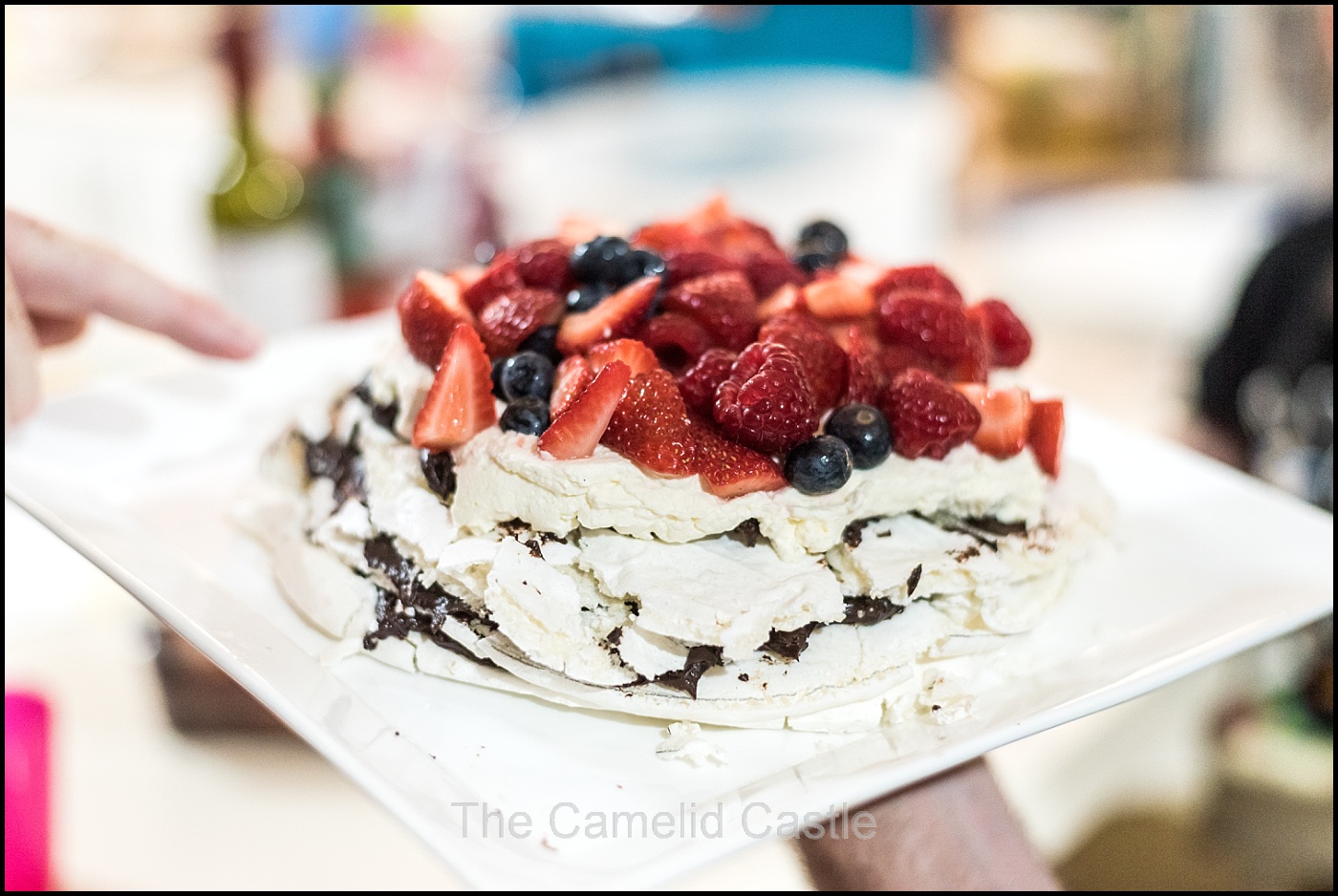 So our Christmas holidays 2016/17 did not rival the 2015/16 experience. No trooping all over Europe in the freezing and snow. It was an awful lot warmer here though, between 50 and 60 degrees Celsius warmer!  We did get to sleep more and walk (and sled) less though. I also didn’t take anywhere near as many photos, as you can probably gather by the lack of recent blogging and photo spam! 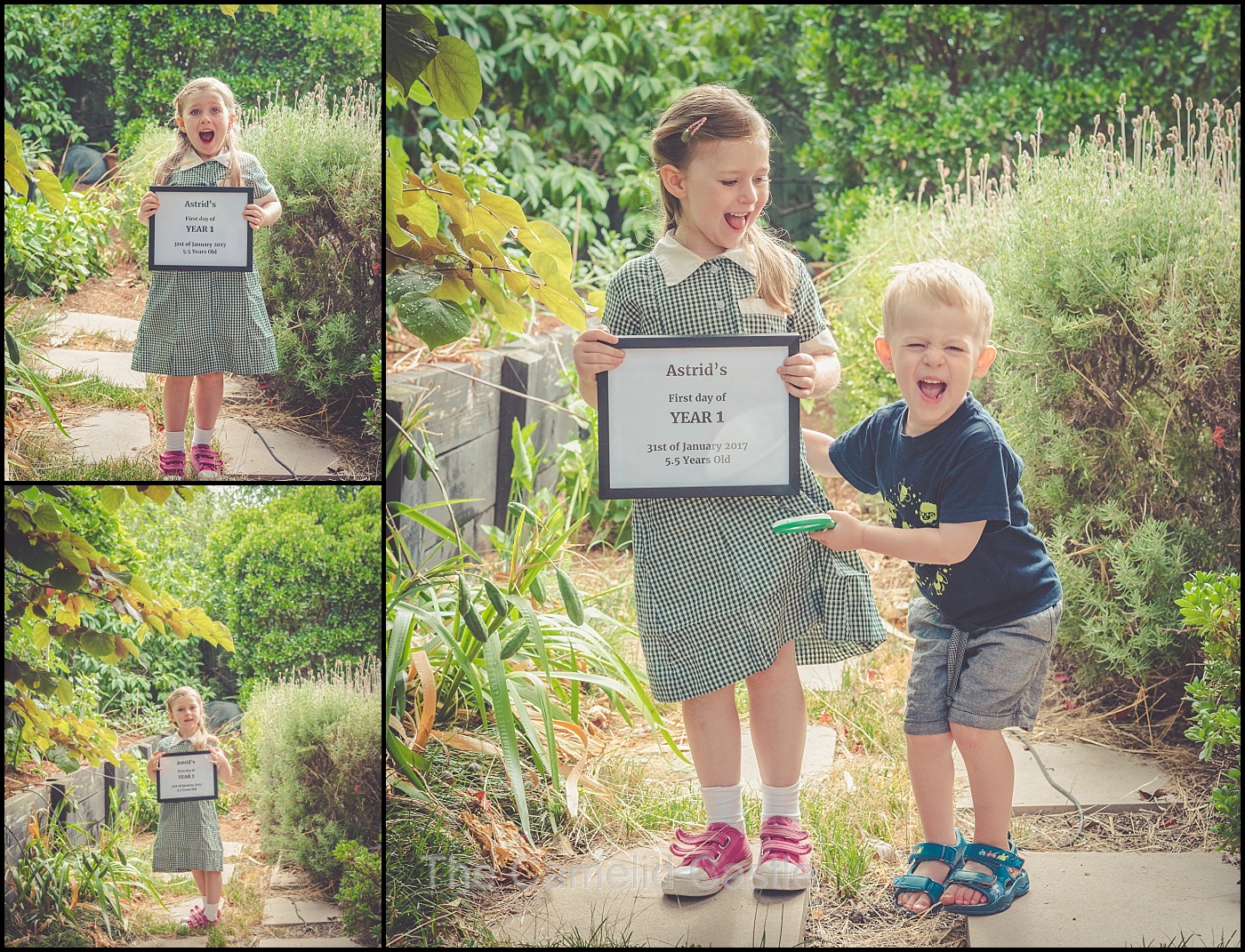 Some time off school for Miss Astrid and lots of weeks to hang-out at home and relax were lovely, and she is now a big Year 1 girl and life has returned to normal (until the next caterpillar takes up residence)……..

One thought on “School holiday happenings ….. and science experiments!”