I’ve seen lots of pictures of these cupcakes popping up on facebook and pinterest and hubby had his turn on work morning tea the day before the Easter weekend so I thought I’d give them a go. 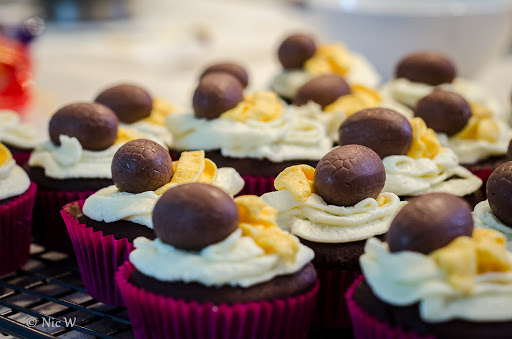 The most important thing to remember is to unwrap and freeze the chocolate eggs for several hours before baking the cupcakes. If you don’t freeze them then they will melt through the mix in the oven.

Astrid, ever the helpful baking assistant helped me with the chocolate cupcakes.  Quantities and instructions are in the linked recipe above, but we started out by creaming the butter and brown sugar and melting the dark chocolate in some water.

Then we mixed in the eggs one at a time, added the cocoa and flour to get a nice consistency and folded through the chocolate mixture.  At this point the baking assistant verified that the mixture was in fact highly edible!

We half filled lined cupcake pans with the mix, and added one of the frozen chocolate eggs to the centre of each cupcake. Making sure the long side was down so it was less likely to melt.

We then covered the eggs with the remaining mix and popped them in the oven until done.  The cupcake recipe we used makes 18 cupcakes but I made 22 from it.  In hindsight about 19-20 would have been better as a few of the cupcakes were a little short on mix and a small amount of chocolate egg was exposed in a few cupcakes.  None of the eggs seem to melt while in the oven though. Astrid again verified the mix was tasting good…….. 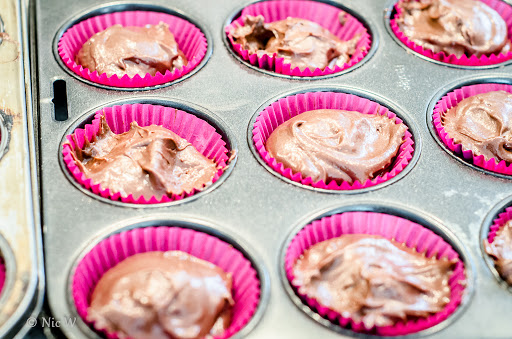 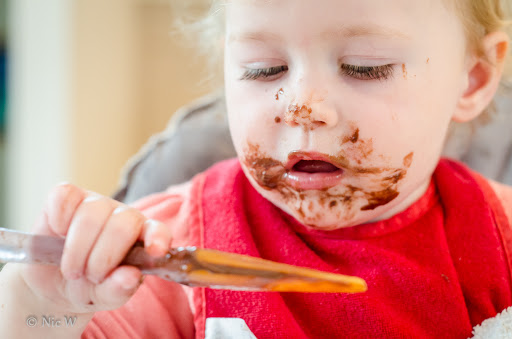 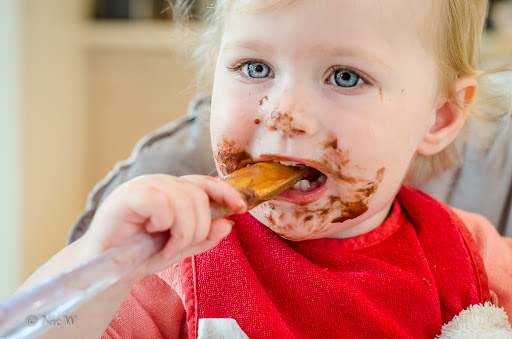 Once out of the oven the cupcakes cooled for a couple of hours and we whipped up the icing. The recipe is linked above. For this project I used 1.5 times the basic quantity, which was about right. I coloured 1/3 of the icing egg yellow and left the remainder white.  I started by piping the white in concentric circles around the outside 2/3 of each cupcake.

We then filled the centre of each cupcake with the yellow icing to resemble an egg.

We finished it off by placing another creme egg on top. Here is the finished product……. 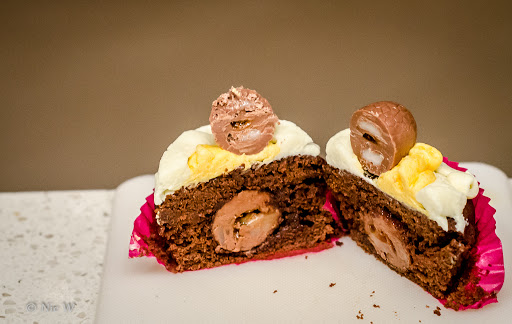 From all accounts they were a hit with the work crowd and none were left over! I did try one and they are too sweet for me (I don’t particularly like the creme eggs due to the sweetness). The were a fun treat for Easter though.  I might use the same concept with a mint filled dark chocolate in the centre and mint icing……… that is something up my alley!