Astrid celebrating her birthday but giving her parents a delightful sleep-in til almost 7.30am!  Given she was born at 7.39am she just wanted to make sure she was awake to officially turn 2 🙂  Here she is bleary eyed, but waking up 2……..

She was excited to get up and see her cake, that she knew we had been making the night before. She correctly identified it as a ladybug and was excited by it so that was good enough for us! Then it was time for the presents from Mum & Dad and Grandma & Grandpa that were all waiting upstairs for her.

Then it was time for breakfast, which was requested to be pancakes with maple syrup and cream of course! There was also time to prove that at 2 our hair was FINALLY long enough to put into pigtails, even it didn’t stay that way.  Followed by more presents as the relatives began to arrive!

The whole morning was spent playing with her new presents and helping to set up the food and blow up the balloons. Apparently, helium balloon inflation is pretty much non-stop fun for toddlers! Despite our worst fears we even convinced Miss A that she should have a sleep before her party and she managed quite a good nap, despite her high level of excitement. We even had to wake her up in order to get ready. Once up and in her party outfit, there was more time for playing before the guests started to arrive.

Then it was party time, with plenty of food, fun and smiles (and even napping for some of the little ones!.

We did sneak in some pass the parcel which the kids of all ages seemed to enjoy.

Then it was time for cake! Our child is no stranger to cake or candles and did an expert job of blowing out her candles. She was so quick at it I didn’t even get a photo (for the second year in a row). She also did an excellent job of polishing off some cake (as did most of the kids and adults)!

After more food and fun it was getting cold and dark and time for all of Astrid’s guests to leave. I armed them with the excess food, so that no one would starve on their drives home (or need dinner presumably).

Astrid then discovered the big pile of presents left for her. Opening presents and playing with her new loot was beyond exciting and she did very well. Over a week on from her party she is still finding new things to play with, new books to read and coming down off the sugar high!

Despite all the excitement and sugar, she did sleep well that night and we are almost recovered enough to contemplate next years party! Thanks to everyone who helped out with the party preps and came to celebrate. It was a great afternoon and we really appreciated all your efforts. 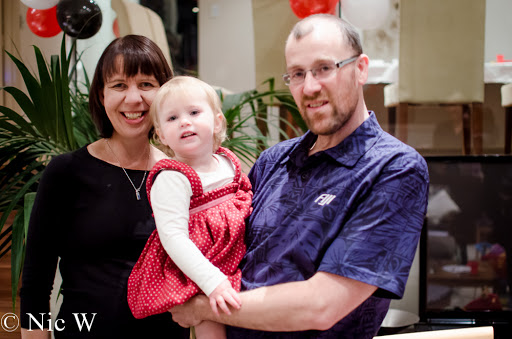