When I was pregnant with Soren I was wondering (as you do) what he might look like. A boy version of Astrid perhaps, or completely different?  I don’t look much at all like my 2 siblings. Anto looks similar to his brother but not as similar as some siblings.  I have some friends who have kids who are hard to tell apart, and others that you wouldn’t even know are related.

It turns out Soren looks almost identical to Astrid, more boyish, but very, very similar.  Quite a few people have commented that they look similar and I defnitely see a lot of Astrid in him so I’ve done a little photo comparison.  When I went to pull out photos to compare I thought I’d find quite a few where they look very similar but even I was shocked at how similar they look at the same age!  In several photos it’s even hard for me to tell which baby is which and on a few I had to double check who it was.  They are far more similar than several twin pairs I know…….. just different sexes and born 2.5 years apart! I could have put any 2 photos of them at the same age and you can see the similarities but with similar poses it’s even more striking.

When Soren was first born and we were floating around in the bath, Anto and I both looked at him and said ‘Wow, he doesn’t look at all like Astrid did when she was born’.  Well, about an hour later I started to see more and more of Astrid in him.  When I compared these photos I was pretty shocked at how similar they actually were! 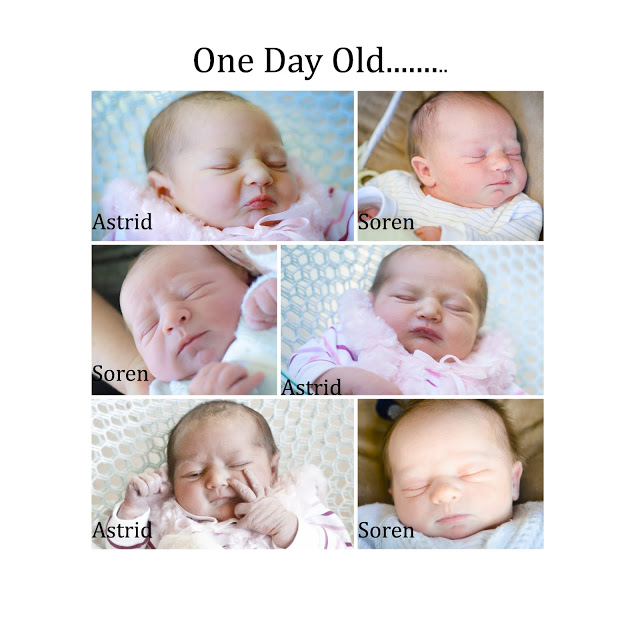 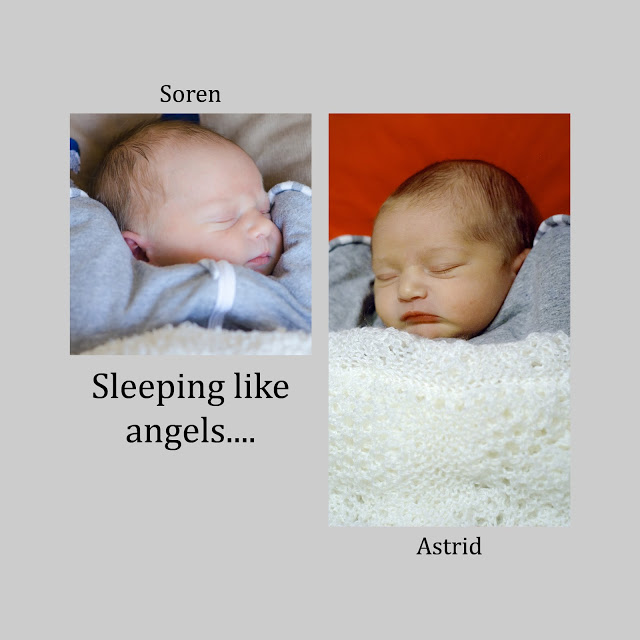 Over their first few weeks they continued to look very similar. I noticed pretty early on they both have similar facial expressions and mannerisms so that seems to make them look even more alike! Soren has a different nose and a slightly different shaped head but it isn’t as obviously different as I first thought. 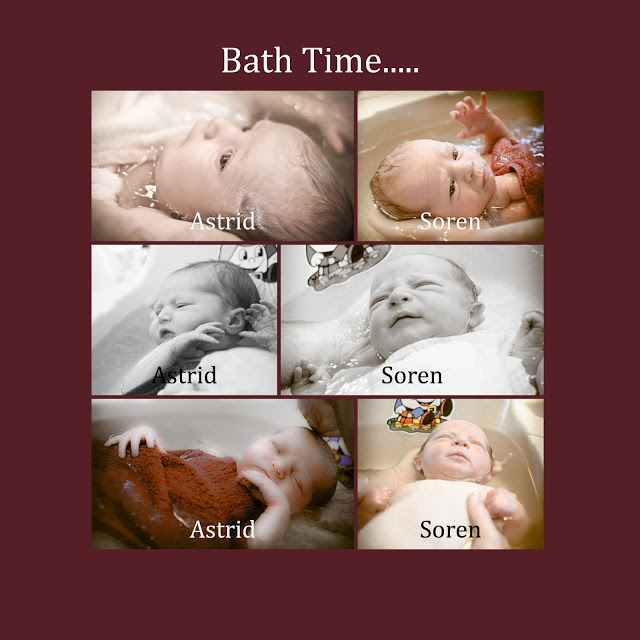 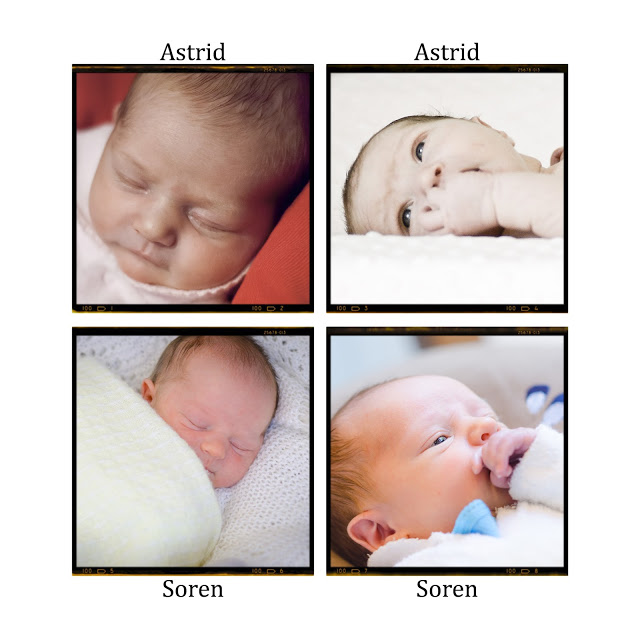 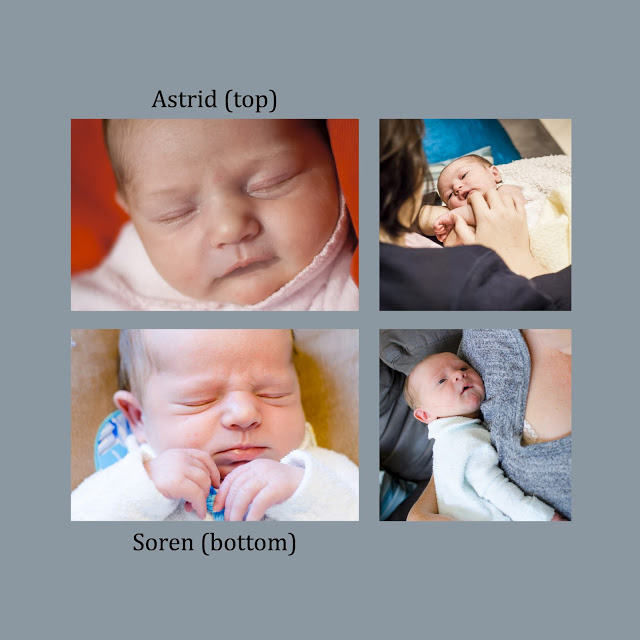 By one month old they are starting to look less newborn like but the similarities are still striking. 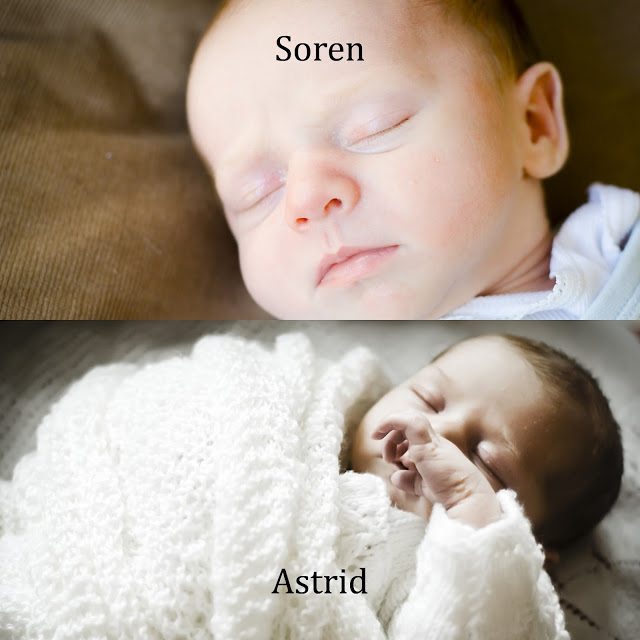 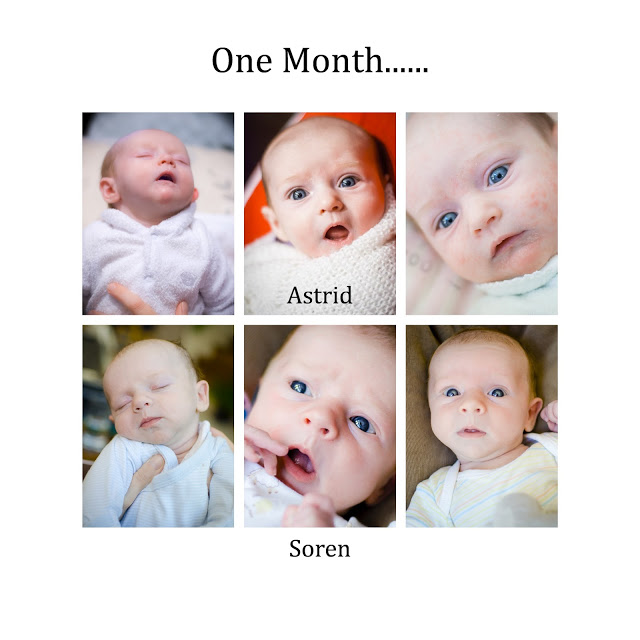 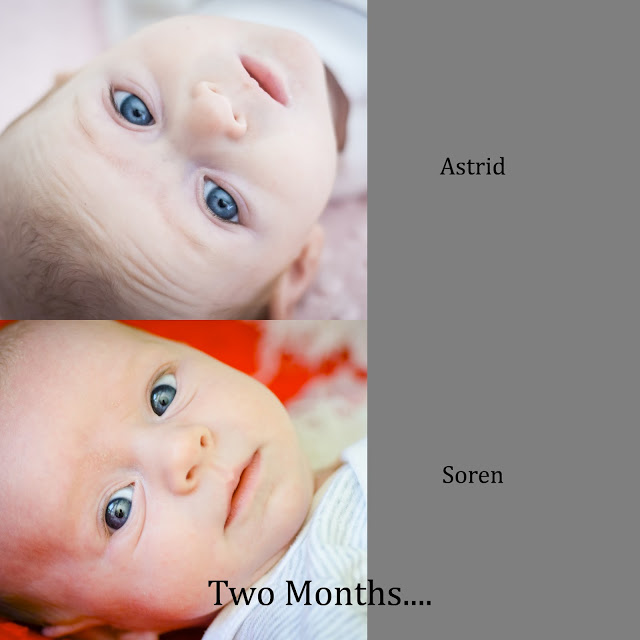 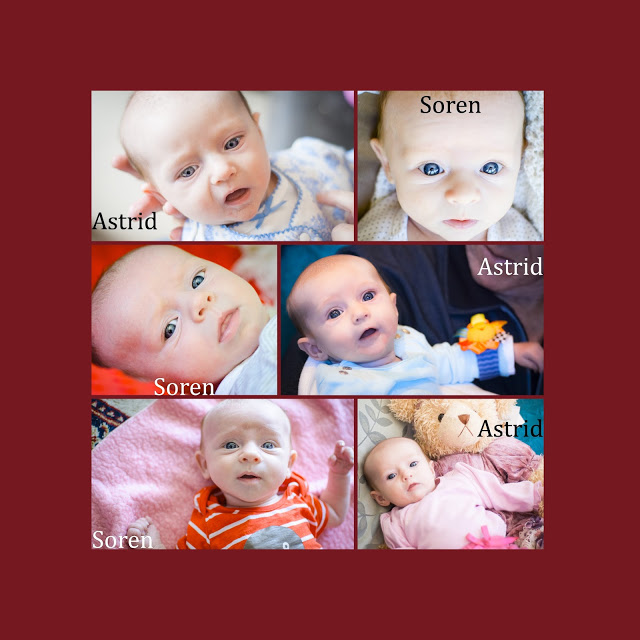 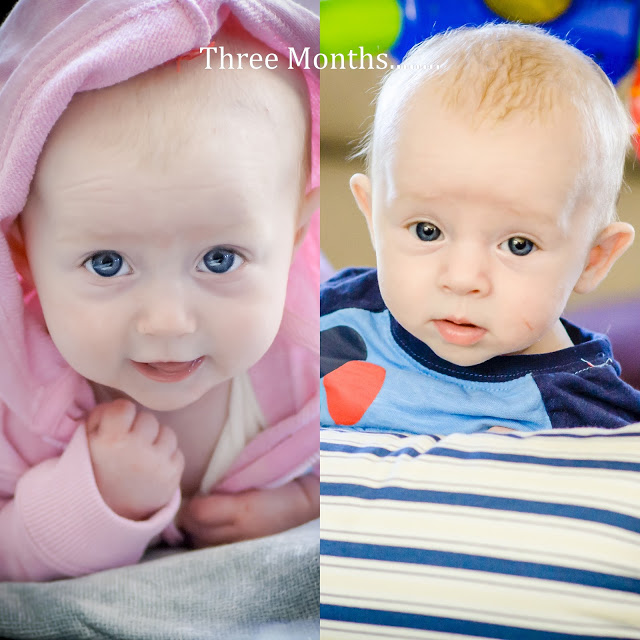 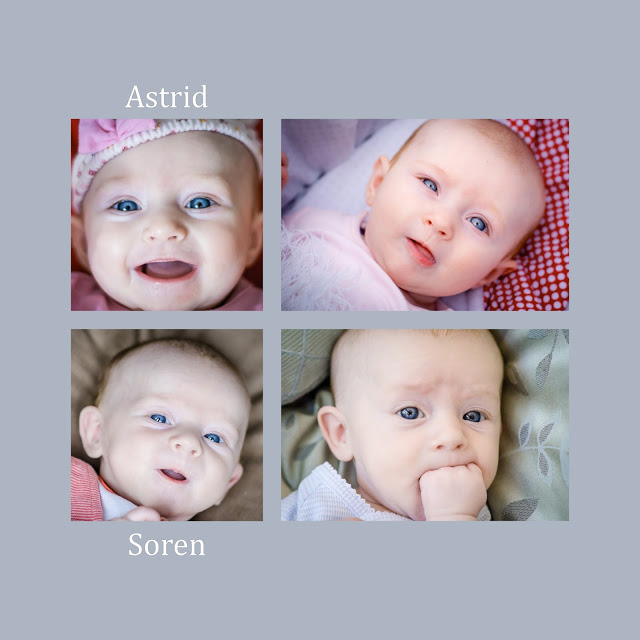 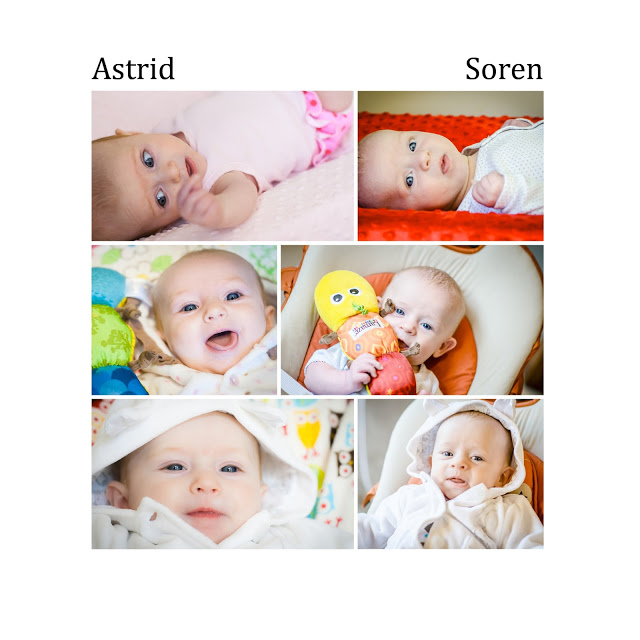 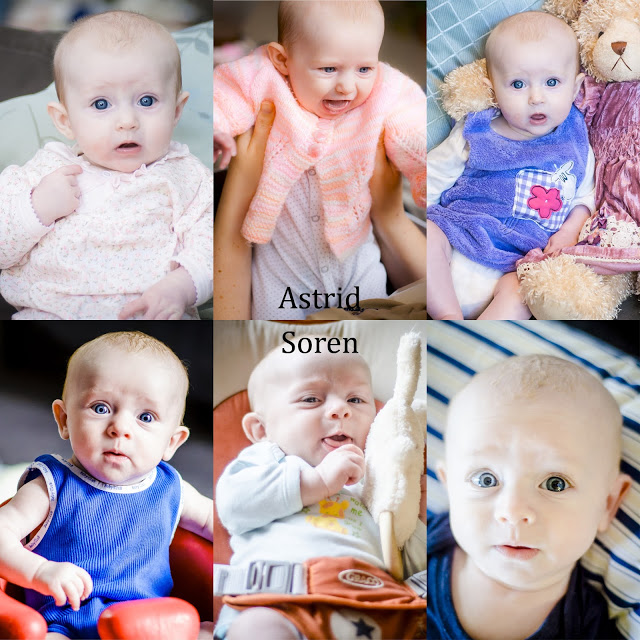 At almost four months it still seems like we have a the same baby, just a boy and girl version!  It will be interesting to see if they continue to look so similar as they grow. I’ll do another photo comparison in a few months. 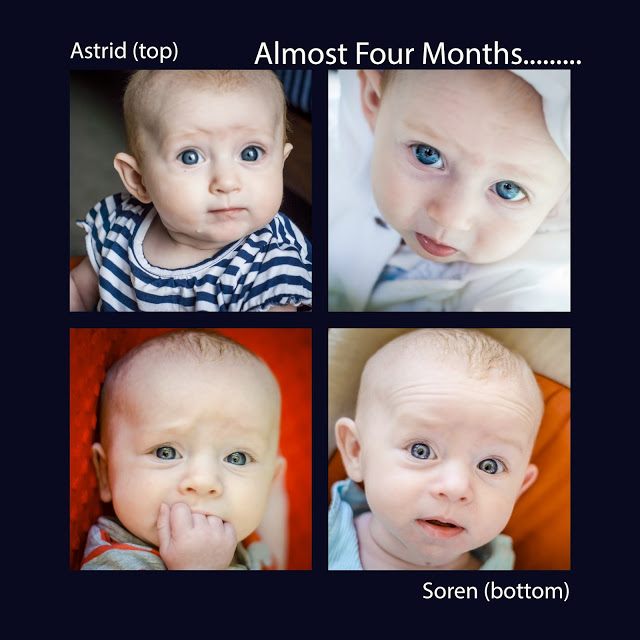 Next on the agenda is to compare some baby photos of them with each parent. I know who they look most like, now to find the photographic evidence!

One thought on “Which baby is it?”