I take a lot of photos (and some of them are even good), but you can’t underestimate the value in having some professional family photos from time to time. We were lucky enough to have a family photo session with Katrina from inVision photography (who are based in Melbourne). I’ll confess that this post has been a very long time in the writing, our photo session was last November!

In my defence we buggered off to Europe for almost 2 months a couple of weeks after our photo session, then I got caught up with editing 8,000 trip photos, writing all those travel blogs, getting Astrid settled into school, and well… life.  I have been meaning to post some of our photos for quite some time, and with another trip fast approaching I figured I better get onto that. So here, I have finally got around to posting a collection of some of my (many) favourite pictures from that photo session.

Everyone who knows me knows I hate having my photo taken. I really, really, hate it!  I used to be so good at avoiding photos that there are barely any of me through most of my teenage years and early 20s.  I vastly prefer being behind the camera to being in front of it.  It is important though, that I am actually in some of our (thousands) of pictures.  Anto is pretty handy with a camera and does take quite a few of me and the kids.  We occasionally get someone volunteer to take a photo of all of us together, but it’s still not the same as having a nice set of professional images from time to time.

Of course I tell everyone I know how important it is to get family photos done, but I’m pretty useless at following my own advice.  We had a wonderful photographer for our wedding and that was the last time we had pro photos until Soren’s birth (7.5 years later).  I’ve posted before about having Soren’s birth photographed (and you can see the amazing photos and slideshow here).  Melissa Ellis who photographed his birth also did some beautiful family shots for us a couple of weeks later, and that was the last set of pro-photos we had done!

One of the curses of taking so many photos myself is I keep putting it off.  When I heard inVision were planning a trip to Canberra I booked us in as I like Katrina’s style of photography (and I figured some updated photos were overdue).

I genuinely love taking family photos for other people. It’s really nice to be able to capture families together, and preserve memories from a time that passes all too quickly.  Speaking of quickly, I already look at these photos and think how little the kids look. Astrid was 4 years and 4 months at the time, and Soren was 2 years and 1 month.  He has definitely now lost that baby look he has in these pictures and is all toddler.

We had planned our photo session for a Saturday morning in mid-Spring. We’d had beautiful weather and then the day of our shoot it was pouring rain and freezing!  Luckily we had always planned to have some photos at home before heading out to another location.  It was bucketing down but we still had plenty of fun.  My kids are more than used to being followed around by a camera but they still managed to be little ratbags, Katrina still got some awesome shots though, and yes Mulder cat was in on the action too! 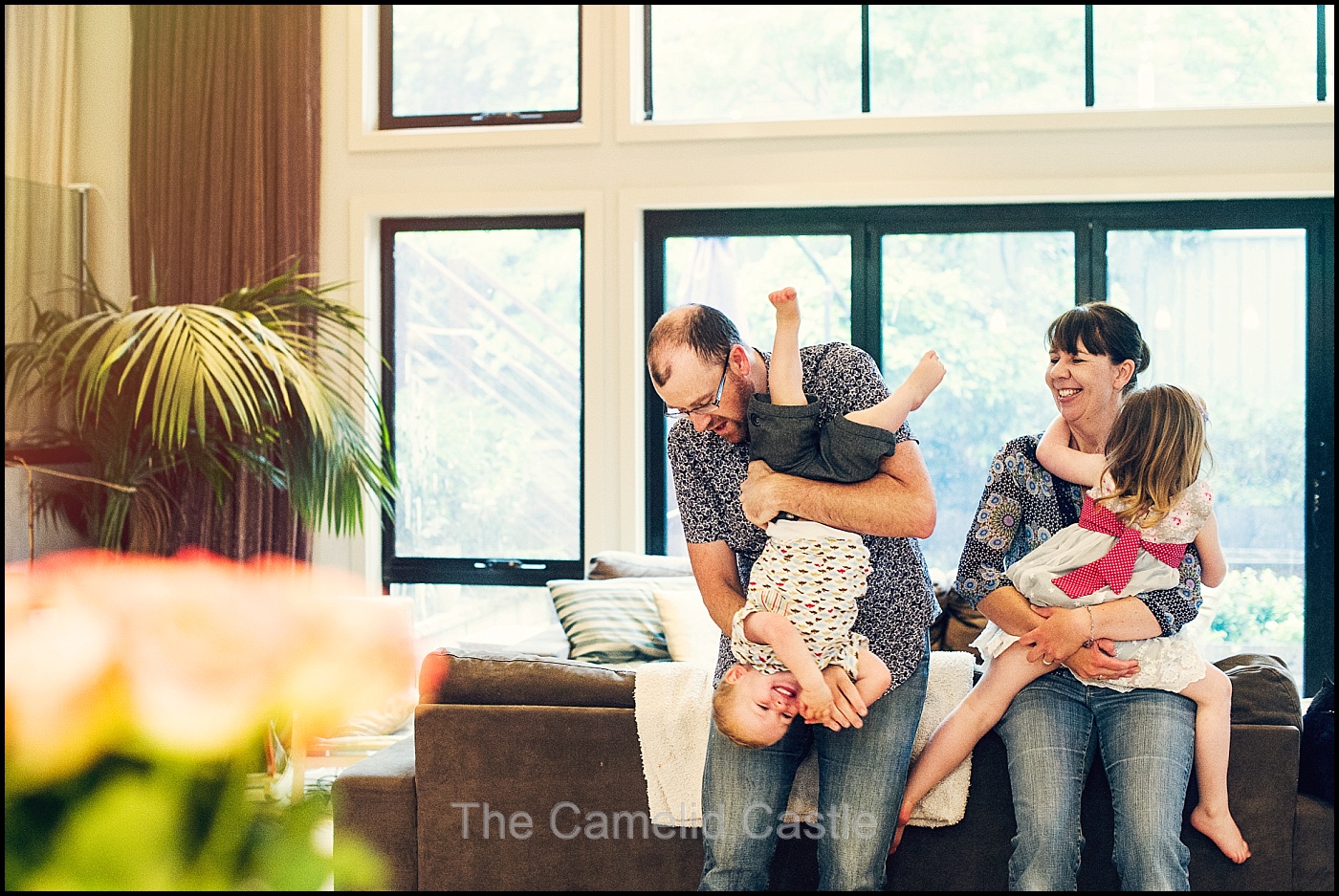 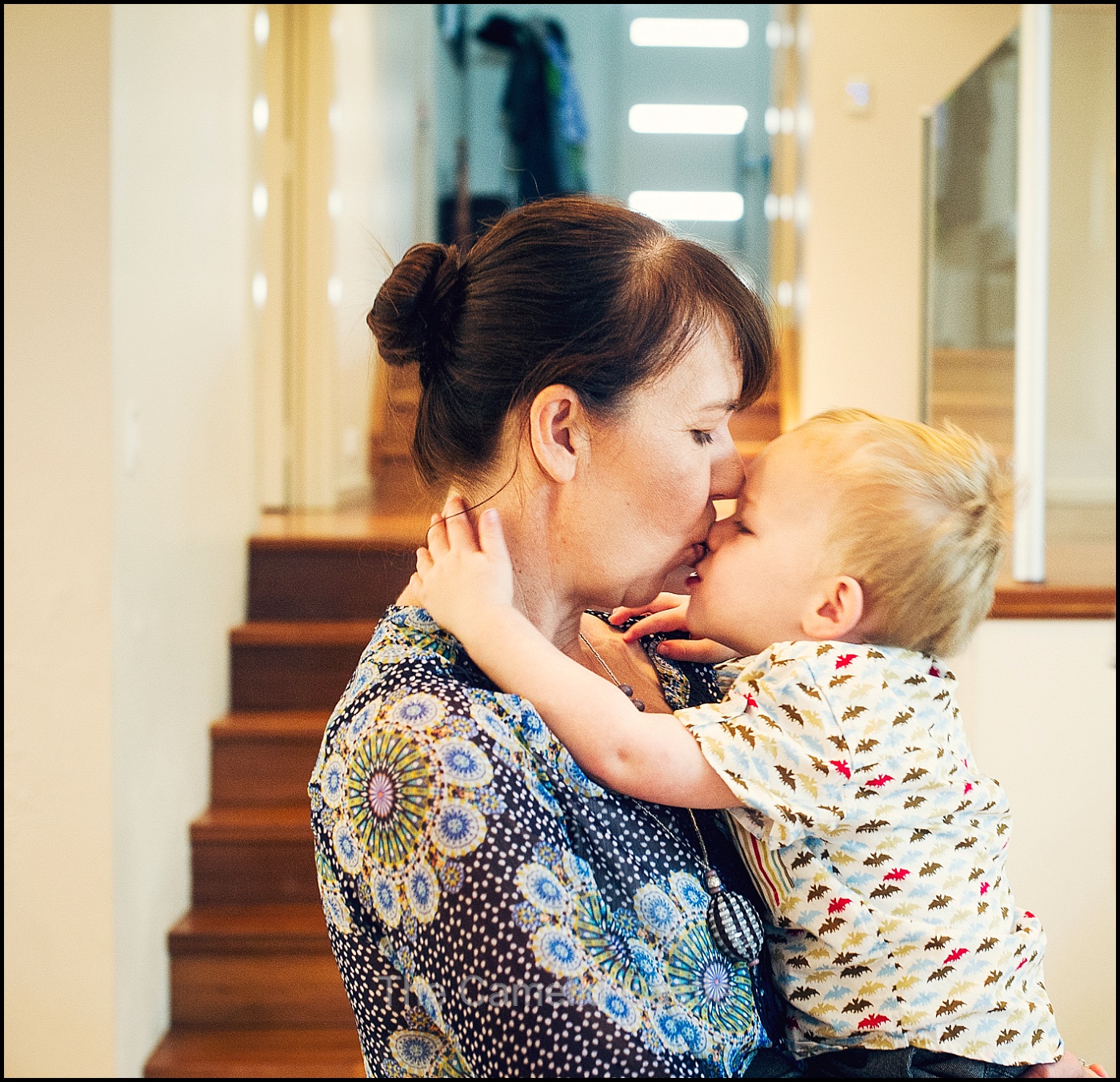 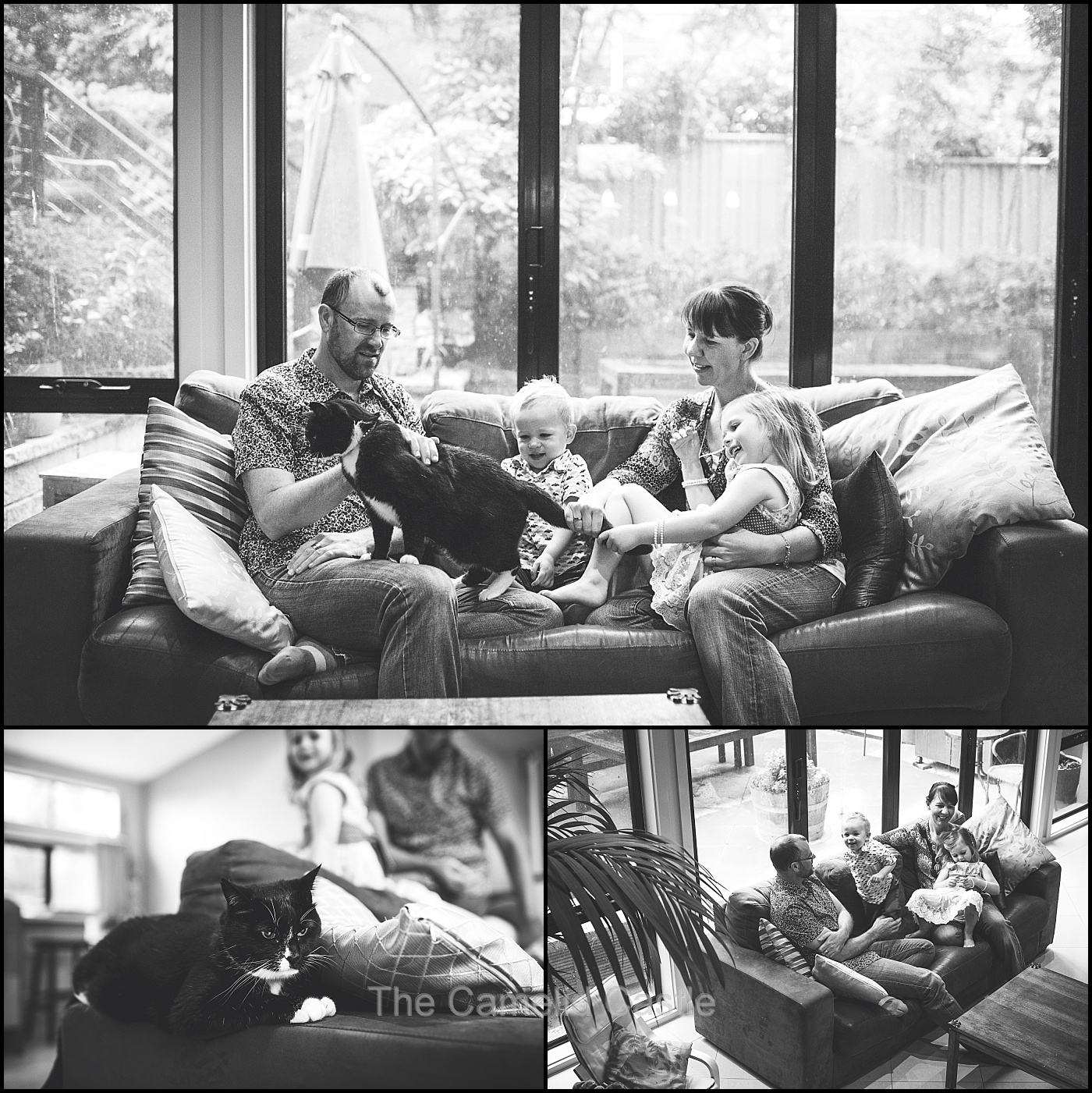 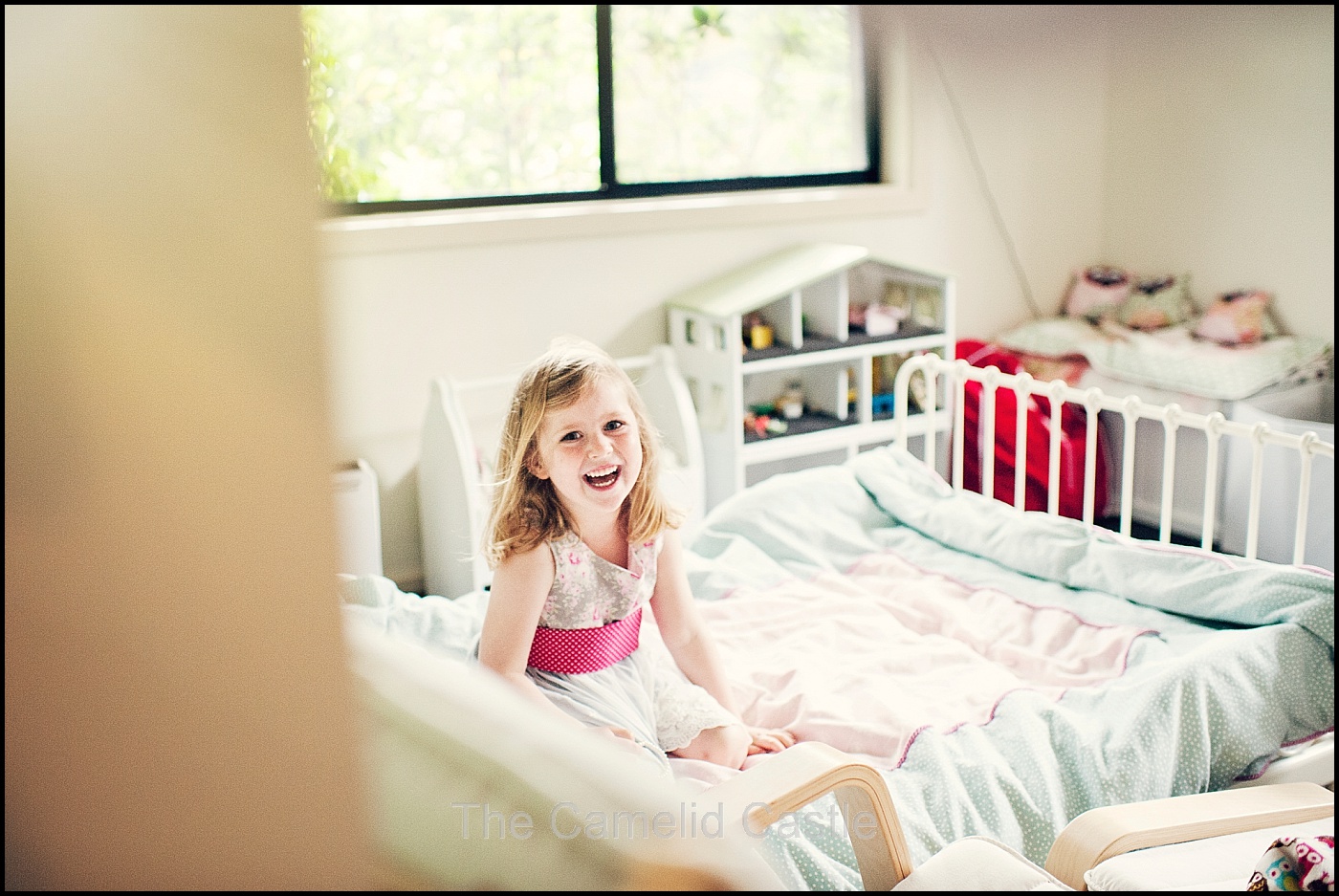 We decided to brave the miserable conditions and headed up to nearby Mount Stromlo for some location shots.  I have been dying to use this location for awhile and hadn’t gotten around to doing any photos there myself, so thought it was a good plan for our family session.

Despite having beautiful weather before and after this particular weekend, it was under 10 degrees and rather wet and chilly. I had made a few last minute outfit adjustments, after planning Summer outfits for us all. We had already packed all our Winter clothes or I would have pulled out the boots and coats. Anto and I had this great plan of having some nice warm, Summery pics before we headed into a European Winter and we were going to look cold in every picture. Well that failed!

On the upside there was the last minute edition of umbrellas and gumboots, which were massive hits with the kids. The water was freezing but we were letting them run around and splash in as many puddles as they wanted.  Kid heaven! 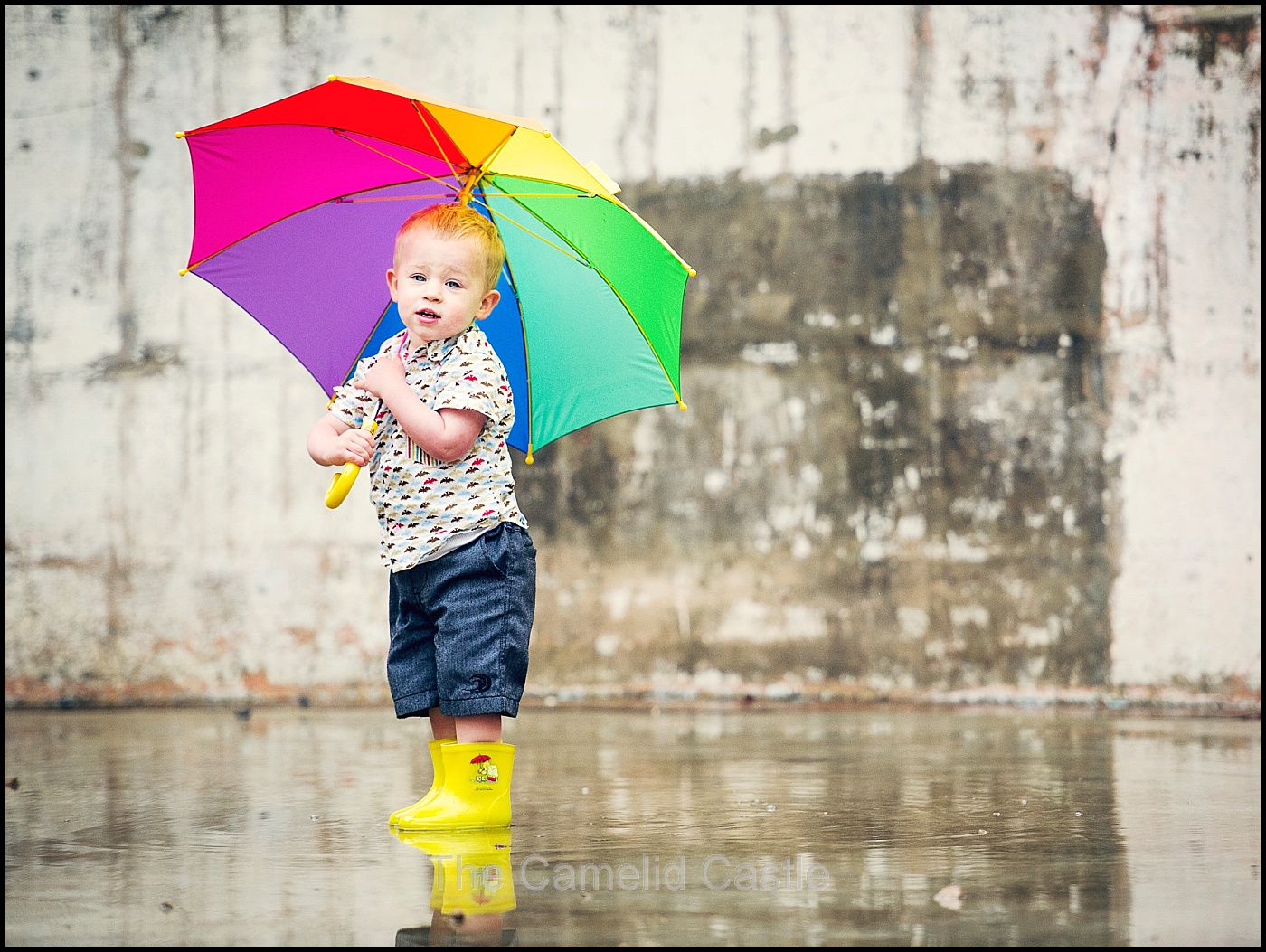 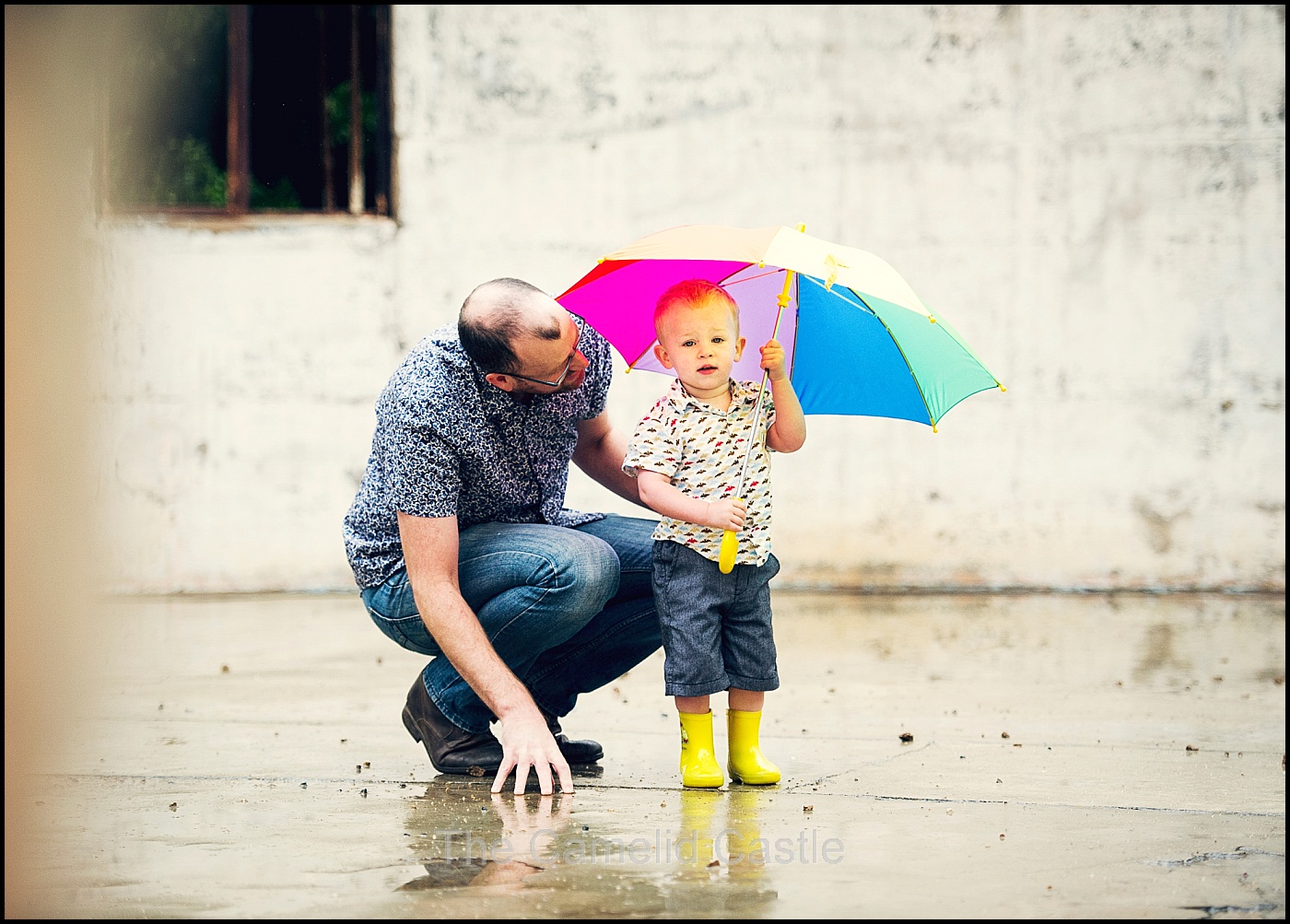 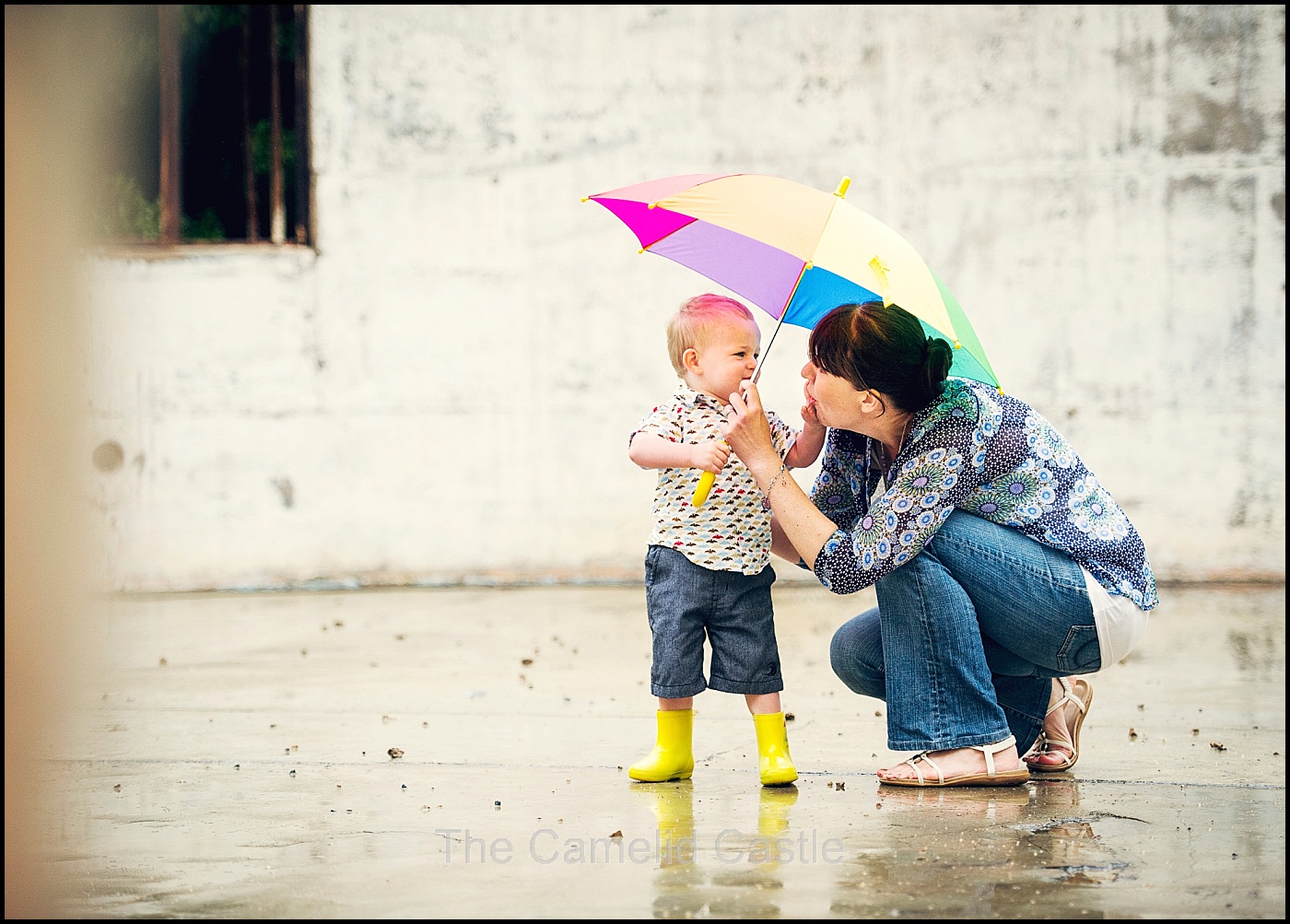 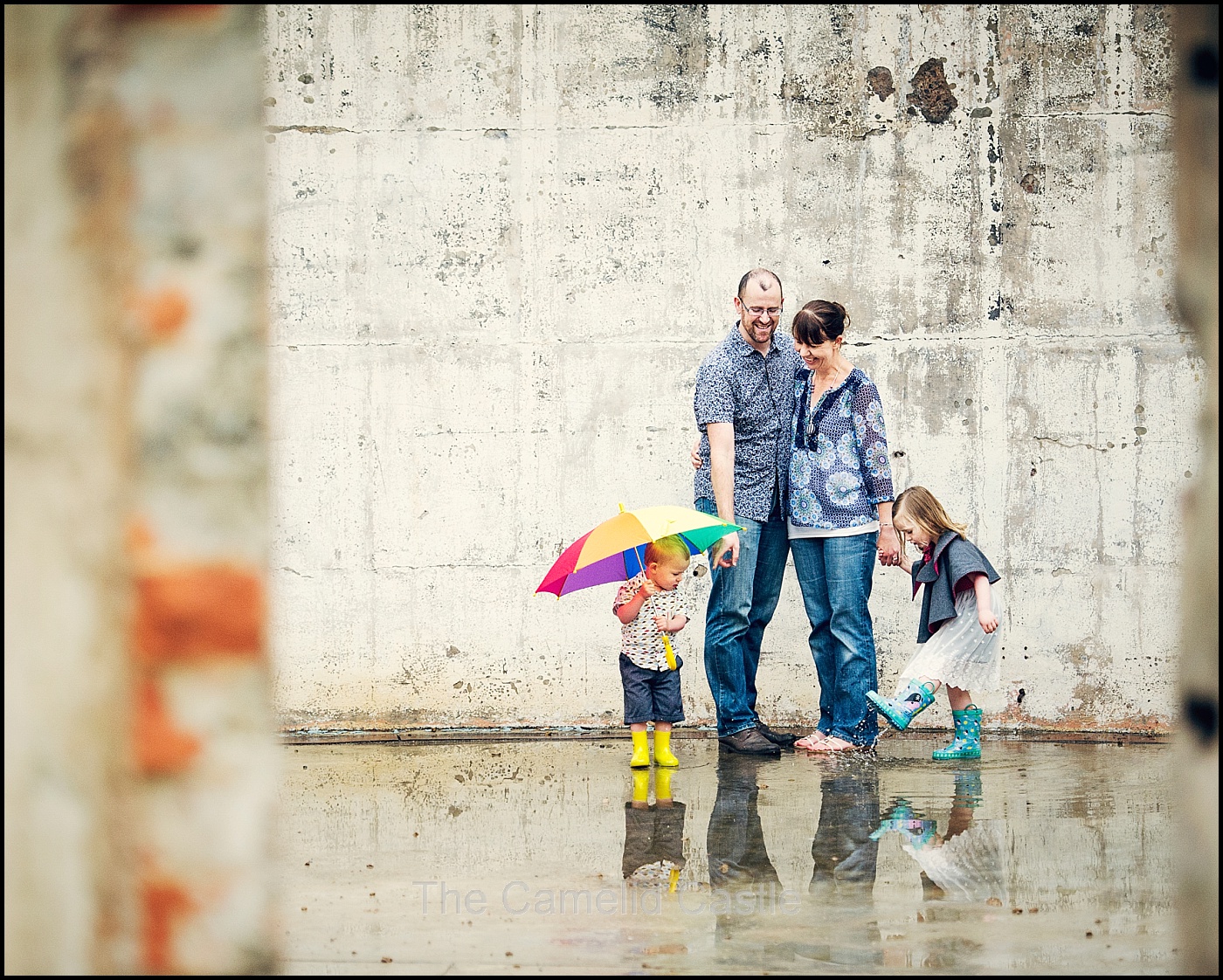 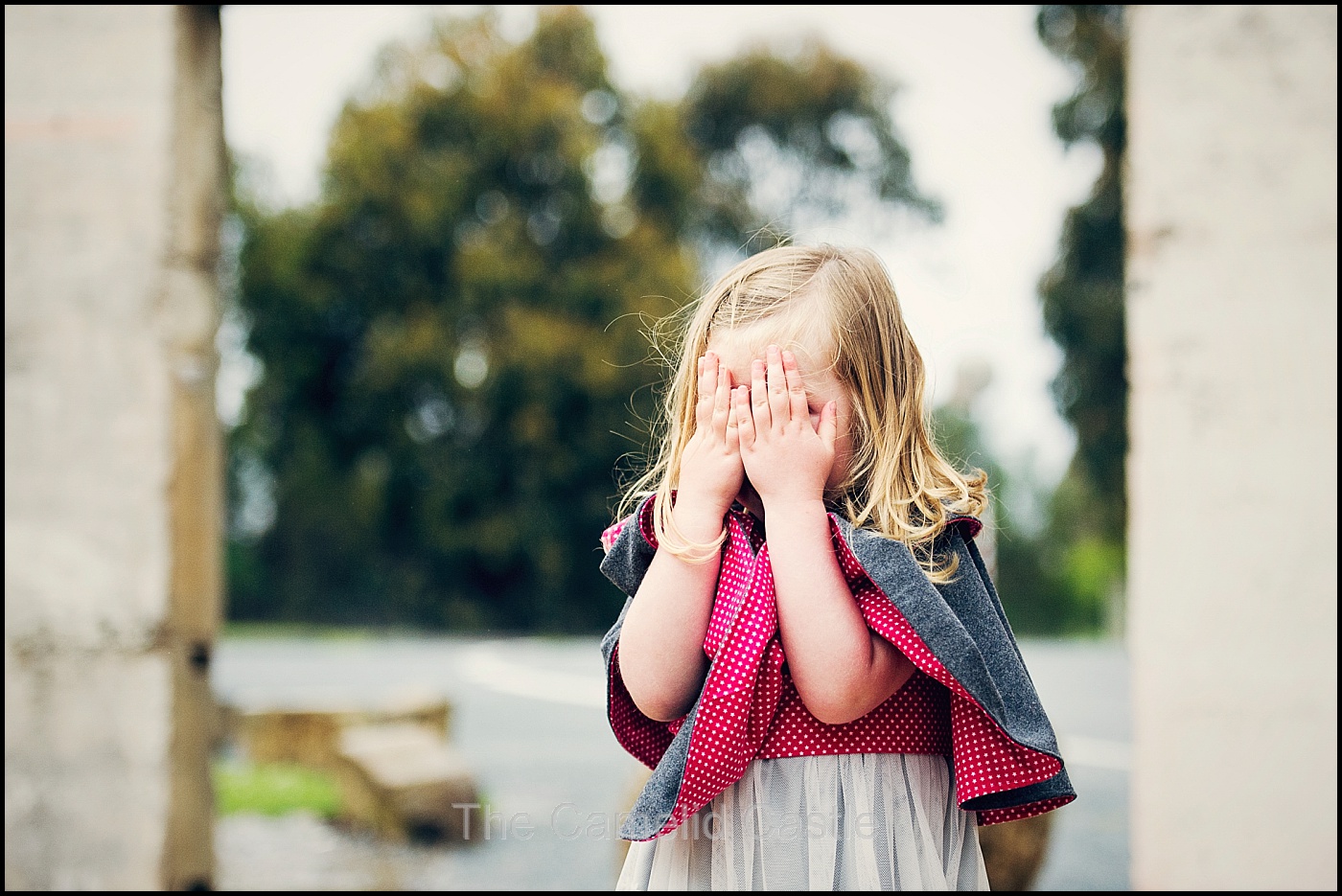 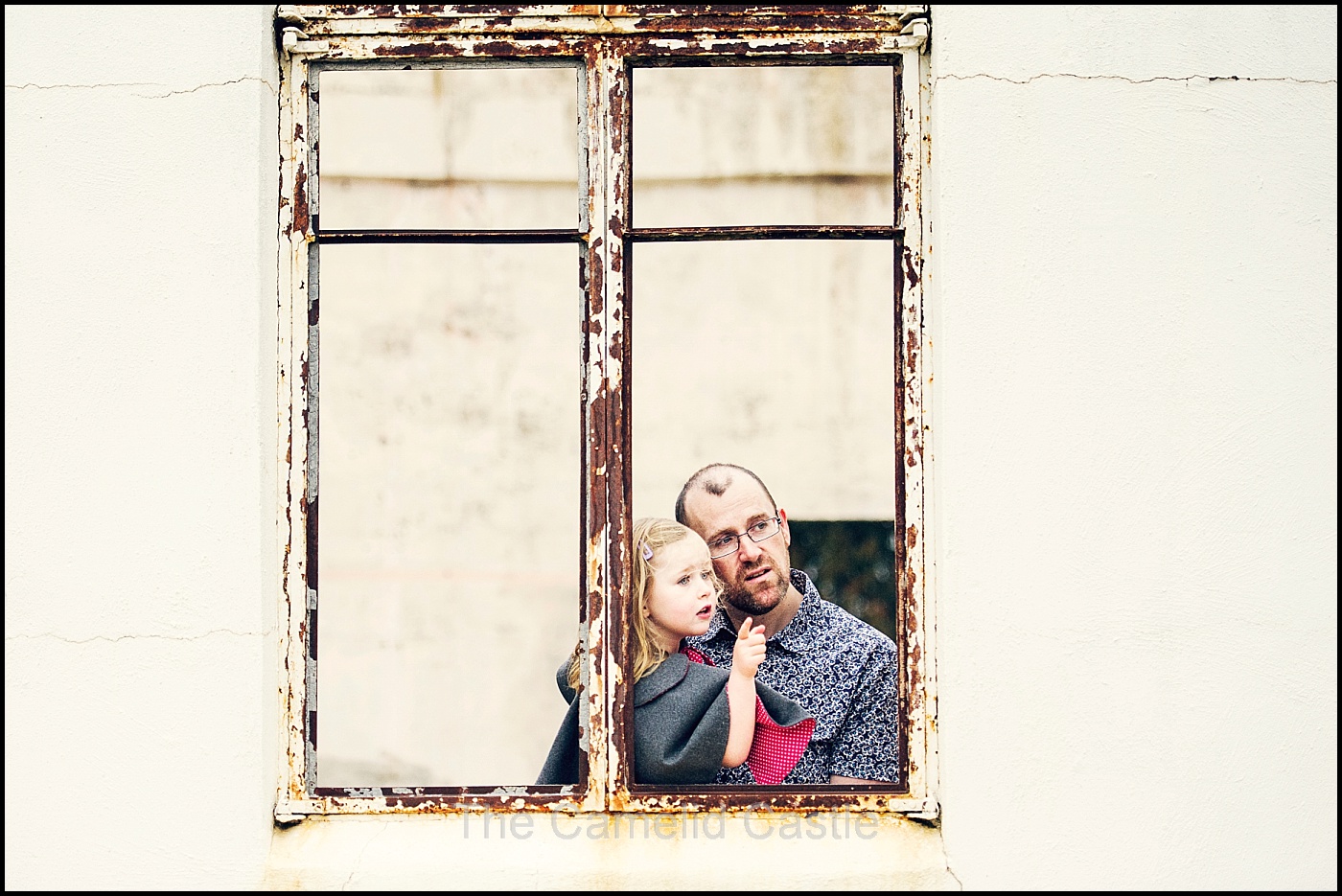 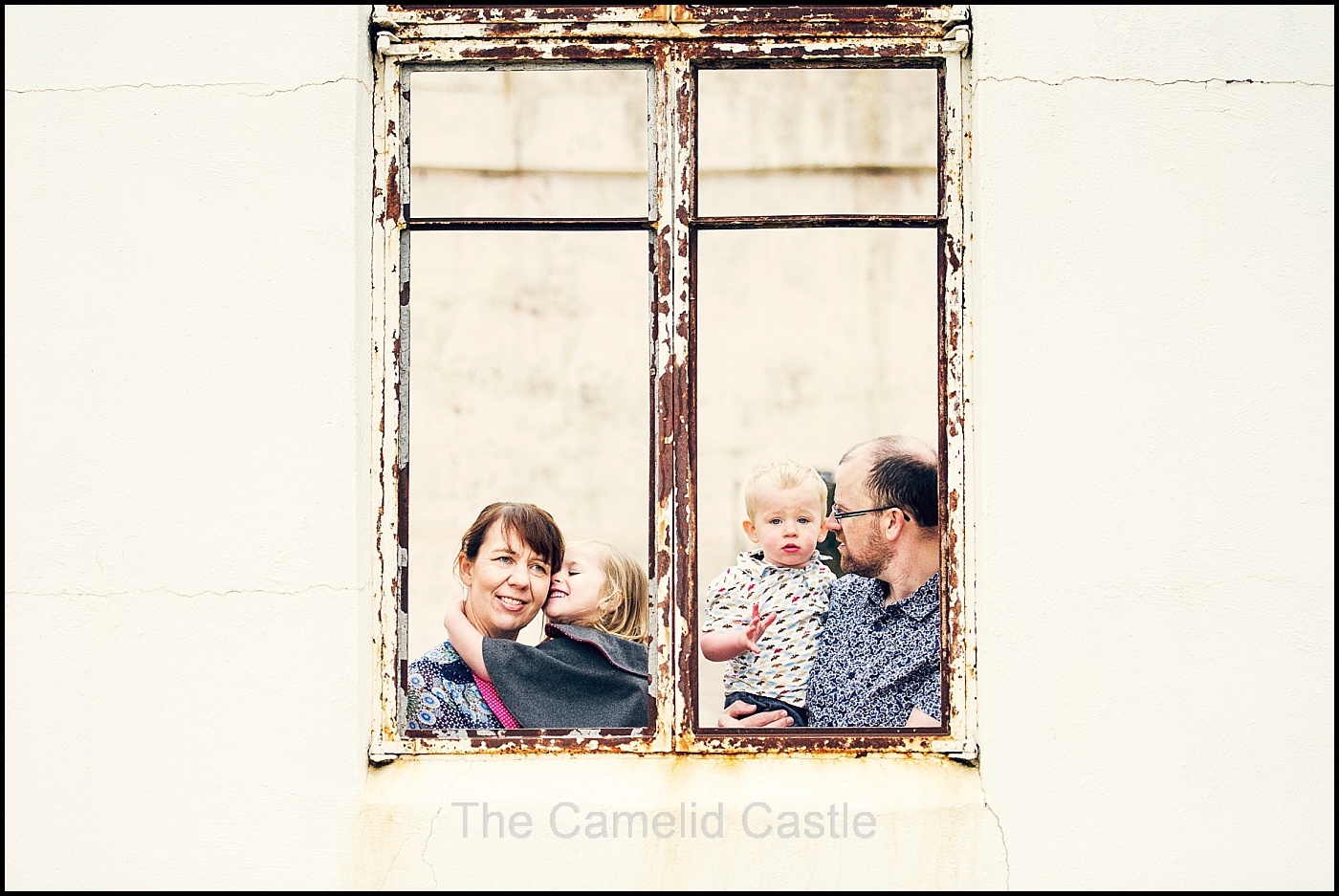 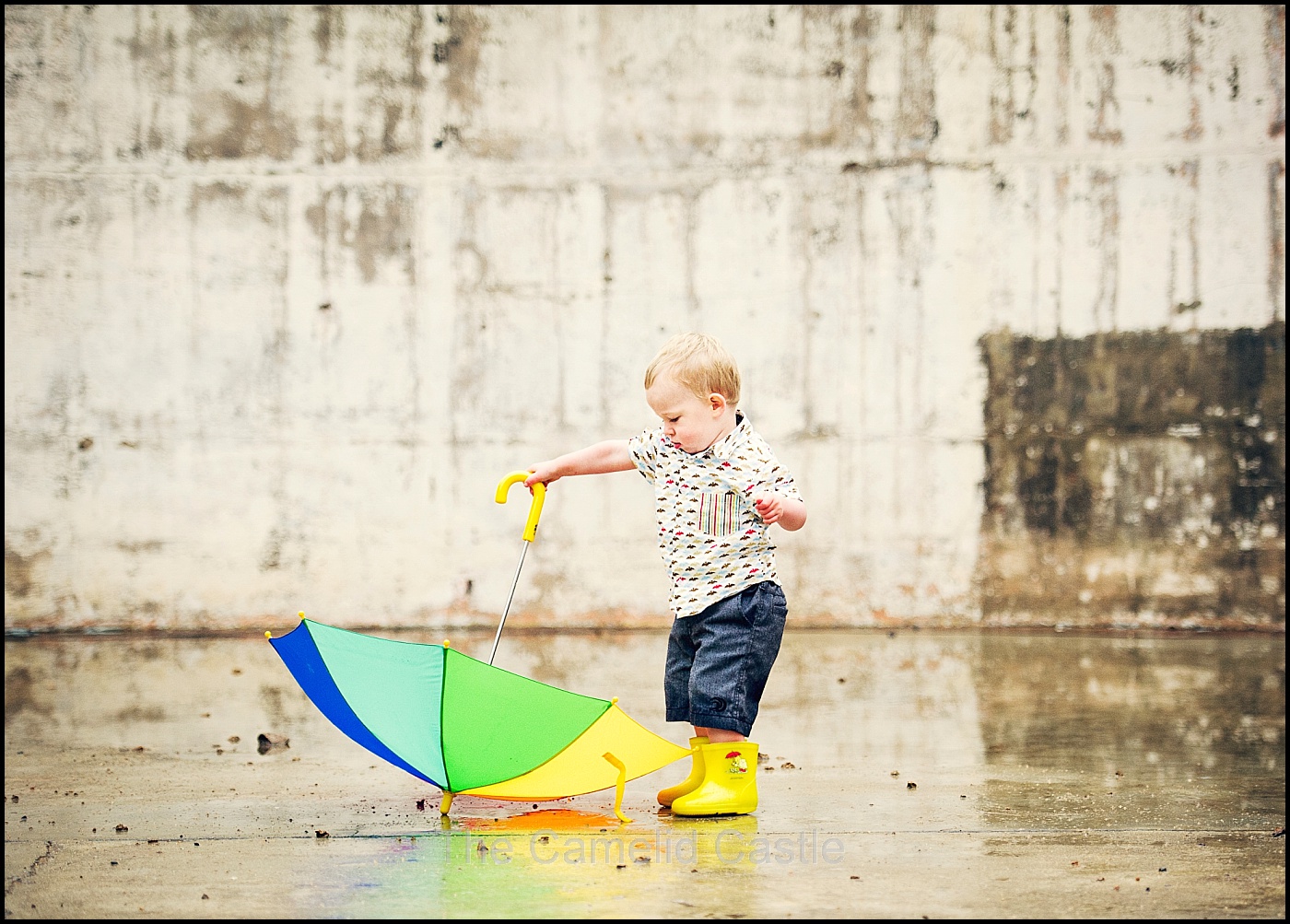 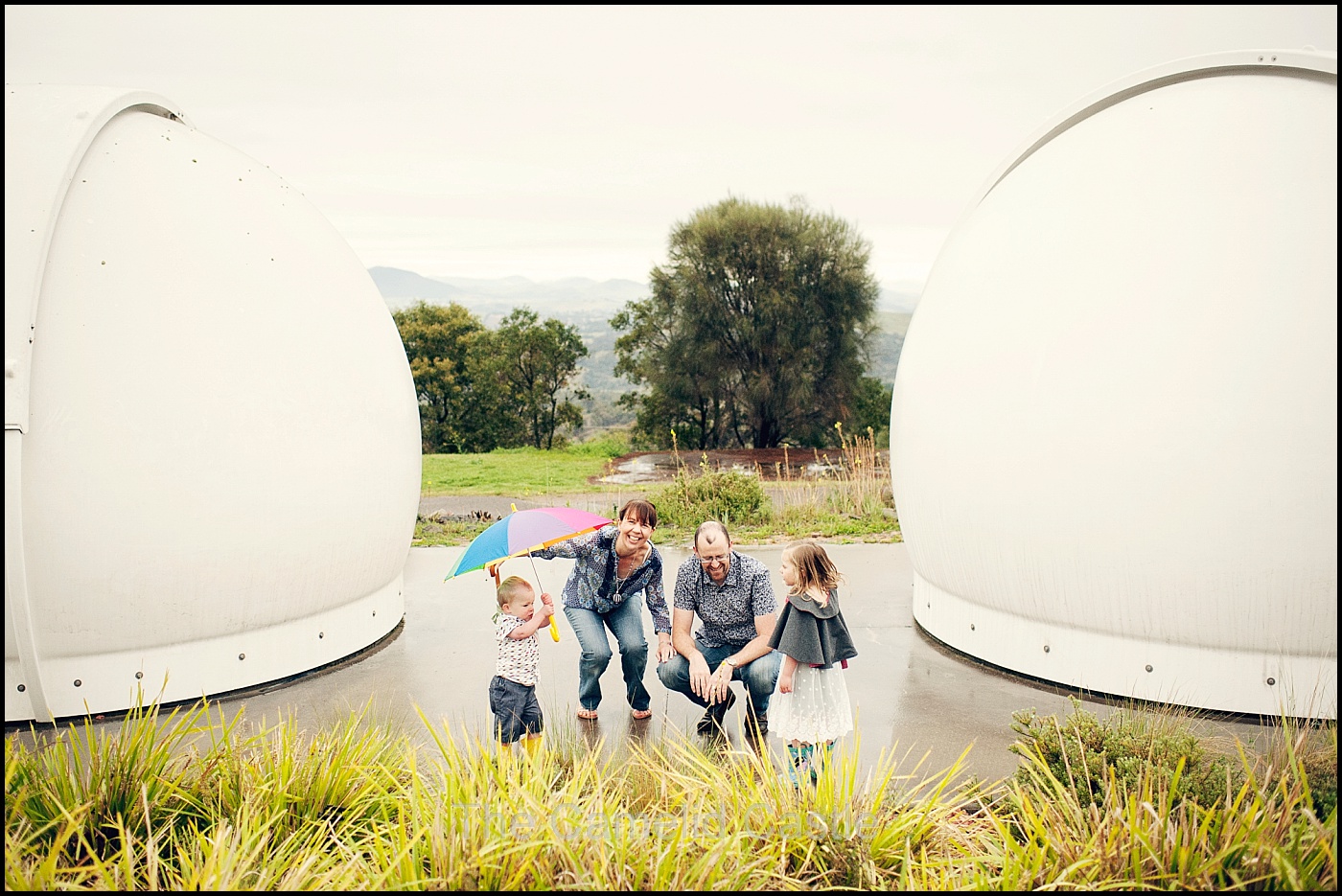 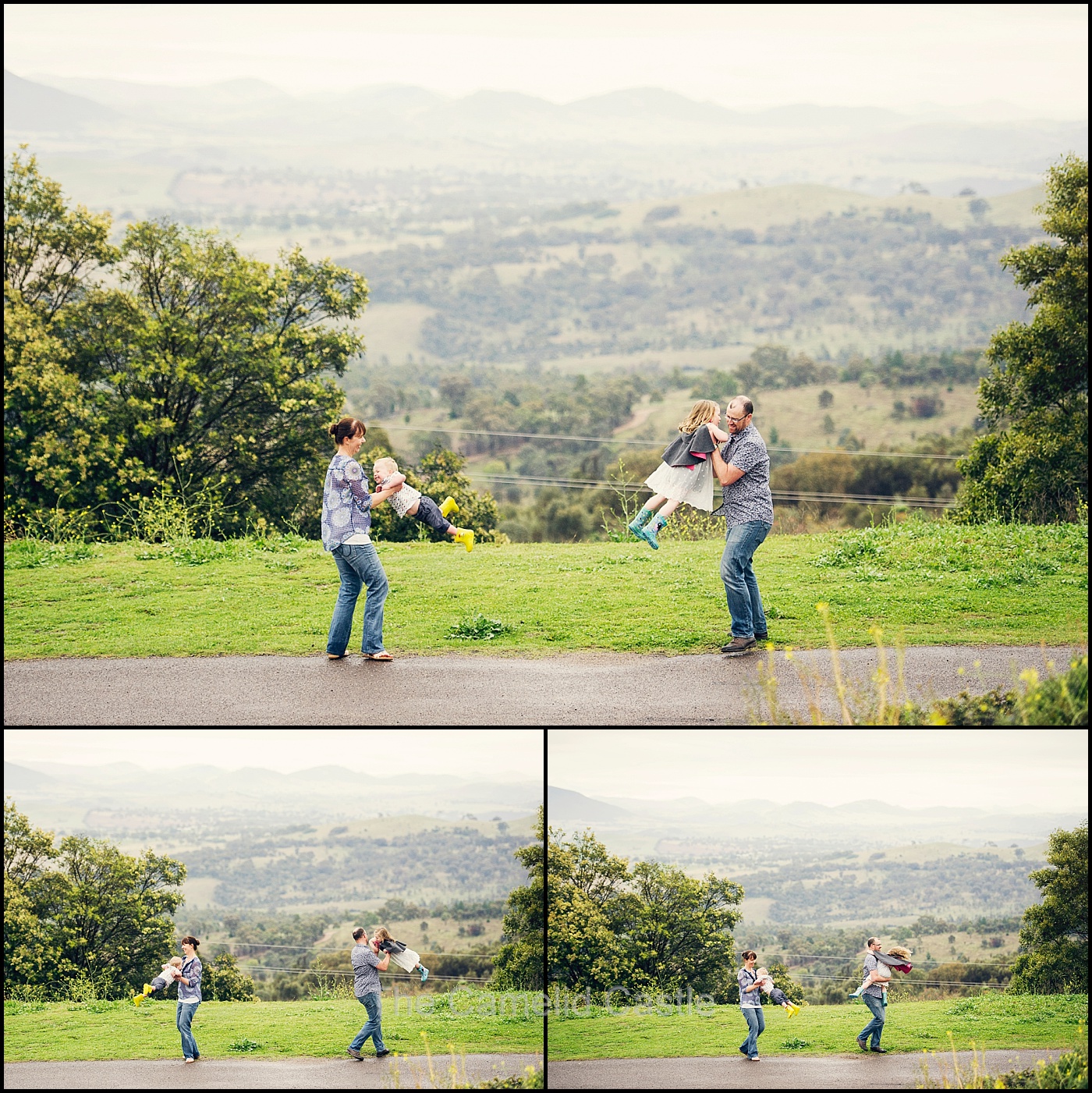 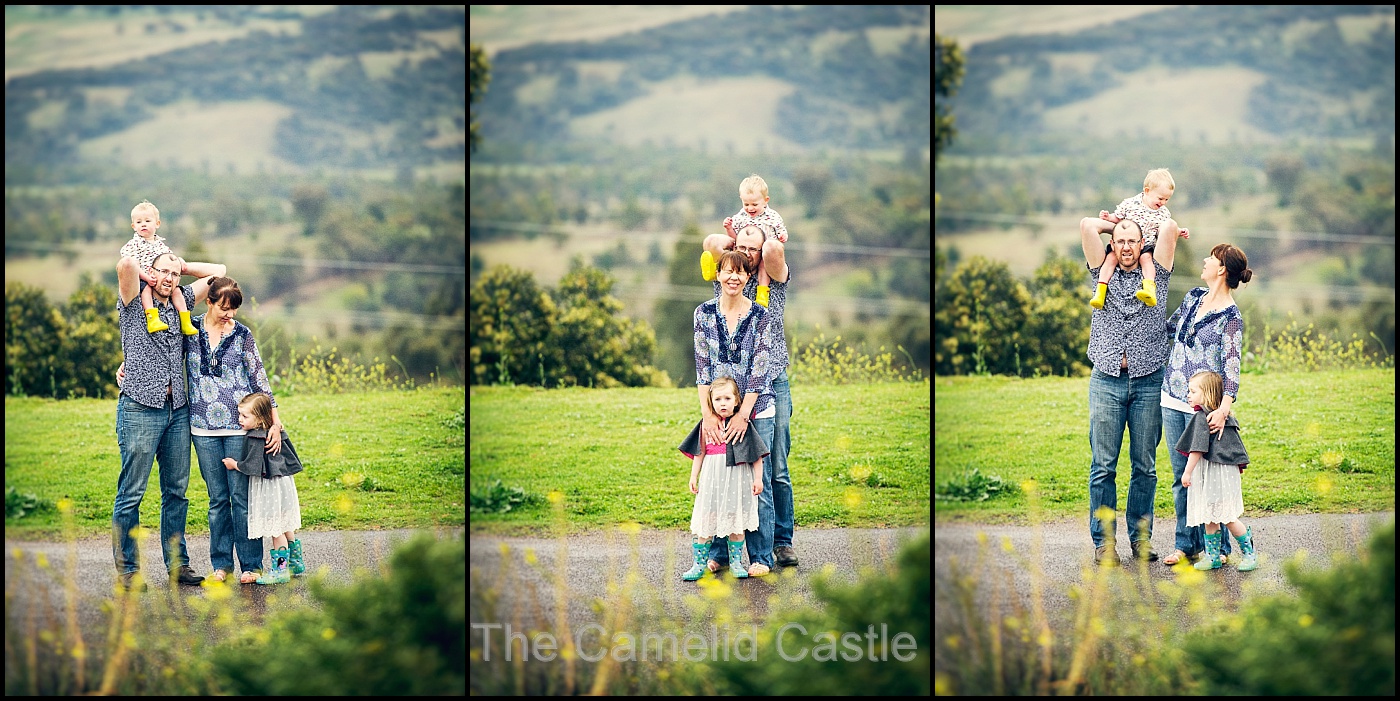 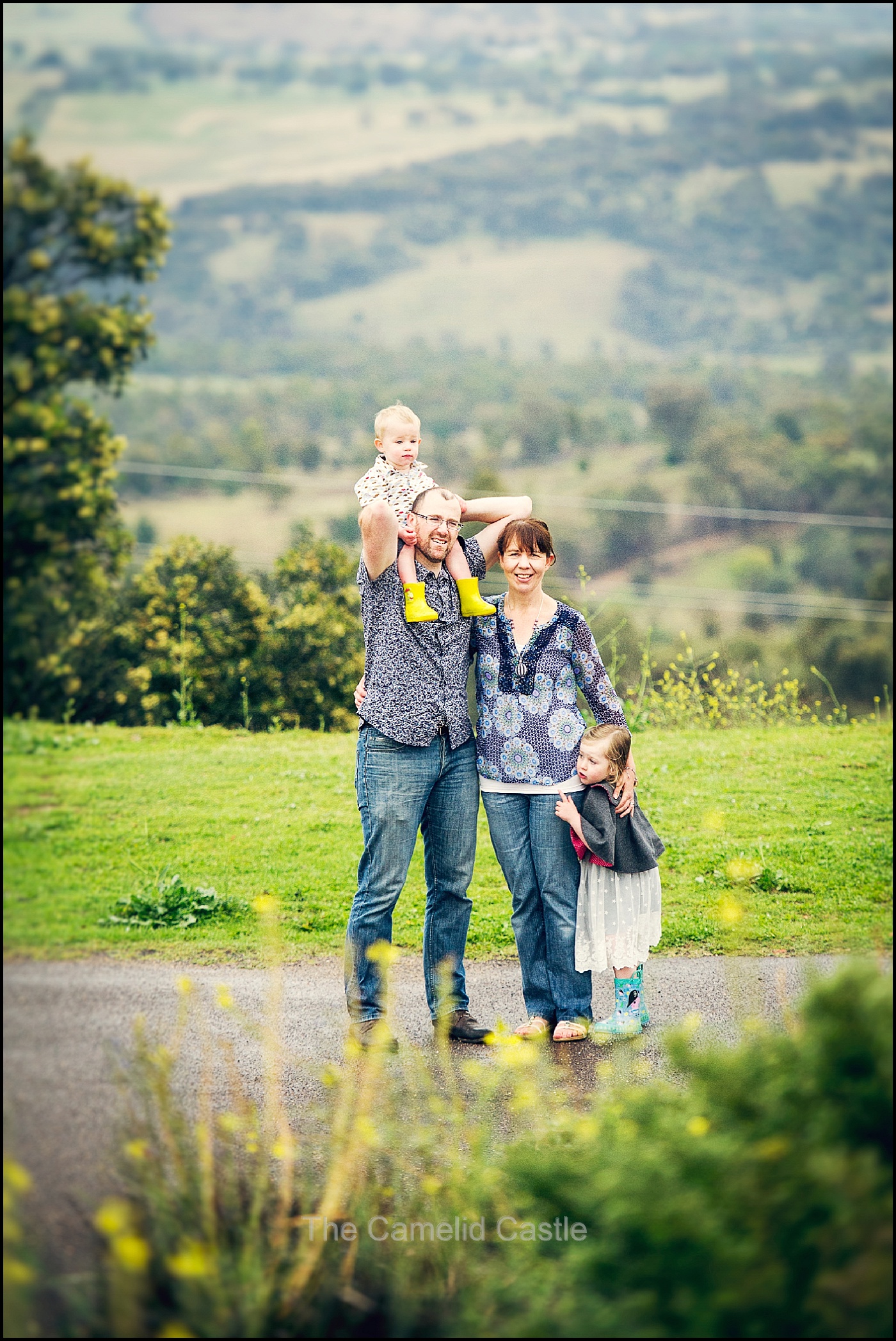 As you can see we ended up with a bunch of lovely pictures.  Katrina was just lovely to spend time with and she was great with the crazy kids.  She did cop some miserable Canberra weather but being from Melbourne she should be used to that!

Step one is actually getting some photos. Step two is doing something with them. Part of the reason I have this blog is to post photos so they don’t just sit around on my hard drive.  I also like to have prints on our walls and albums with all my favourite pictures, and travel adventures. I’m also woefully behind on both those activities.

I have just about finished an album from the shoot and I’ve just received a big bunch of prints back, ready for framing.  Quite a few of these shots as well as a bunch of our pictures from our recent travels are going to be added to our photo walls (which I will share photos of when I finally get it done).  We won’t talk about how far behind I am on the photo album making…….

So get out there and organise some family photos, print and frame some of your old favourites or make an album!