In the newborn sleep deprivation haze I only just realised this morning that tomorrow is our 11 year ‘dating’ anniversary. Antony still maintains it’s not a real anniversary, but we do usually try and do something nice like go to a movie or out for dinner.  Last year for our 10 year anniversary we were in Paris so we went up the Eiffel Tower the evening before (technically our anniversary Aussie time) and then went to Laduree for breakfast on our actual anniversary. There was even a dozen red roses from a Parisian florist. Very posh! You can read about our Tour Eiffel  and celebrating an anniversary for old times sake.

This year, I fear, will not be as exciting with an overtired 2 year old and a newborn! So in the spirit of remembering a much more fun anniversary here are today’s photos.  A few from when we visited the Eiffel Tower…….

The impressive Tower, looking up from underneath:

A very small Astrid and I at the top of the Tower (Anto obviously took this one): 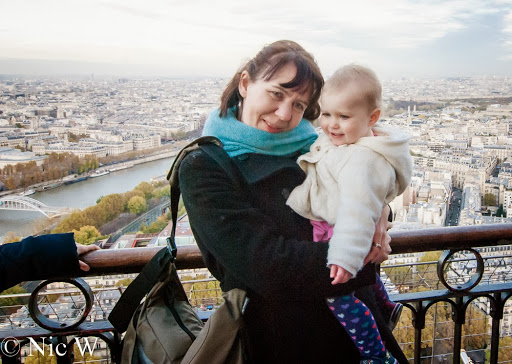 The Tower all lit up as we headed home 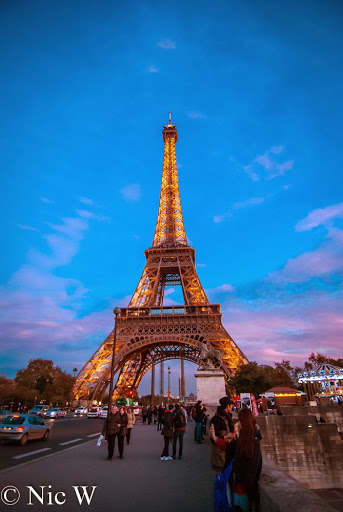