Our luggage has finally all arrived. The suitcase turned up Wednesday night, in one piece but it had obviously been opened. The stroller turned up Thursday night, it seemed to have been at least 24 hours behind all our other luggage. Who knows what happened there. It appears it didn’t even make it out of Sydney with our other bags!

A certain young lady is still not operating on Paris time. She is very, very, overtired and life is a bit miserable for all of us. Our second night she managed a few hours sleep and was up at midnight, back to sleep for about an hour and then up for the day at 3.30am. Sigh. There isn’t much to do in a cold, dark Paris at 3.30am.

We tried to keep her as quiet as possible but by 7 we were all over it and decided to go out for a walk. The sun comes up pretty late here. It is barely light by 8am. Not that the sun bothers to come out much during the day anyway! Anyway, newly reunited with our stroller, we took it out for an early morning walk. We planned to walk down to the Louvre. It was cool and dark, and most cafes and bakeries were still only just starting to think about opening close to 8am. There weren’t many people around but it was pleasant out walking.

A bonus of early morning walking was that it was easy to navigate the virtually empty streets and the light turned out to be suprisingly good for photos. We headed down to the Seine, and before we got there Miss Astrid had fallen asleep in the pram. Thanking our lucky stars she was finally getting some sleep we decided to keep walking. The Seine was very pretty with the sun just coming up and all the street lights still on. There were people out jogging and taking photos, and not a lot else happening. 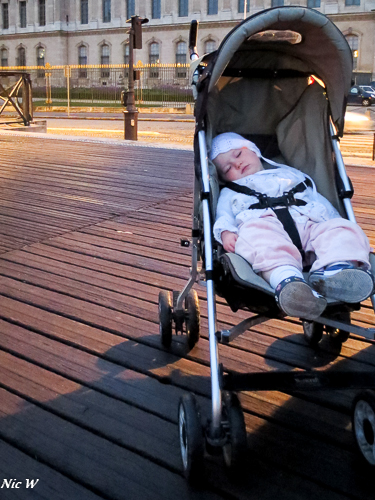 The views were certainly spectacular. With all the gorgeous old buildings we started to feel like we were actually in Paris. We stopped to take lots of photos of the Seine. The bridge we walked across was covered in ‘love locks’. Couples have left locks with their initials and messages on them. Apparently a couple of years back the Parisian Government cut them all down but ever since they have been reappearing. It seems Parisians aren’t a fan of them but the tourists seem to disagree! 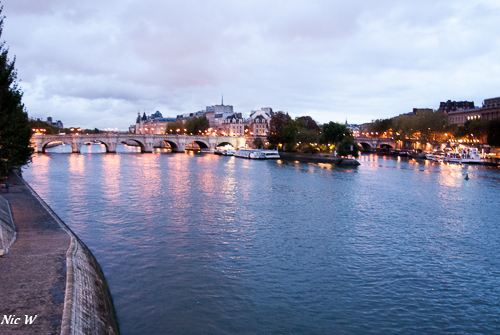 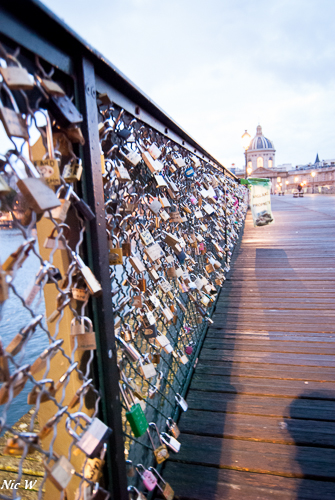 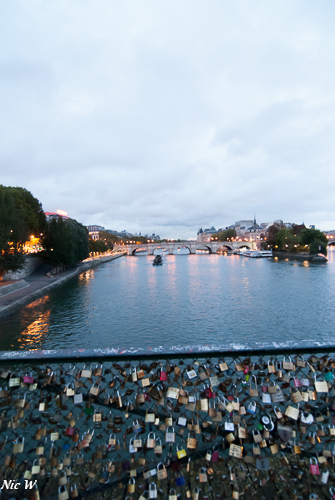 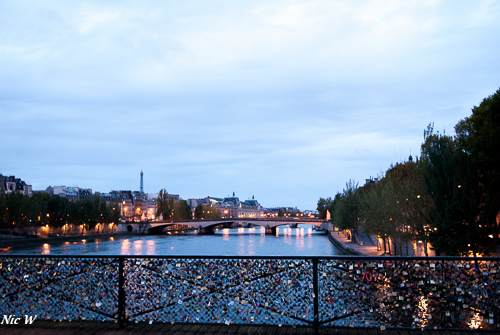 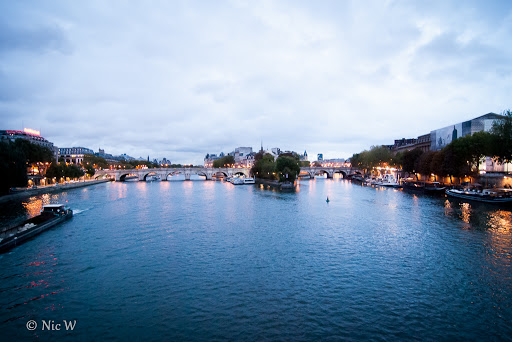 We kept walking and found ourselves at the Louvre. We plan to go and have a look in the Louvre one day (or maybe several days), but today we just walked around and were generally impressed by how big and gorgeous it is. Again there were lots of people out jogging and exercising in the grounds. Not a bad spot for a morning run! 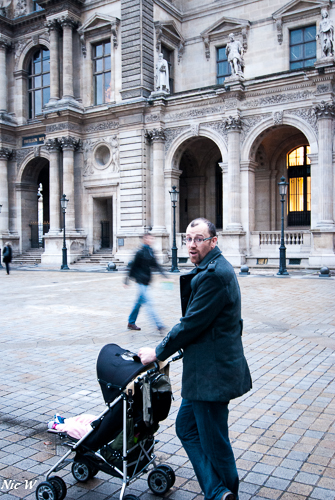 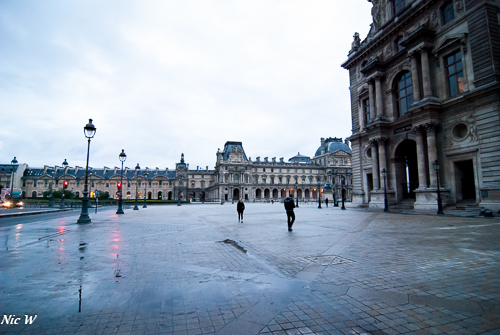 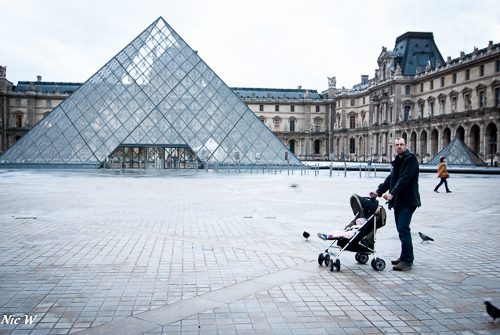 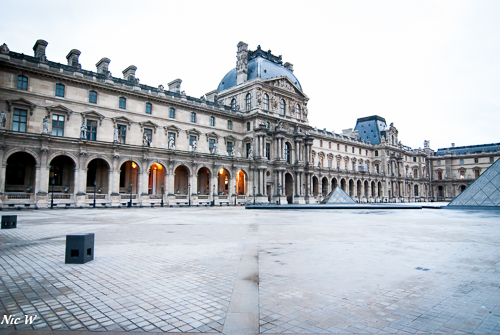 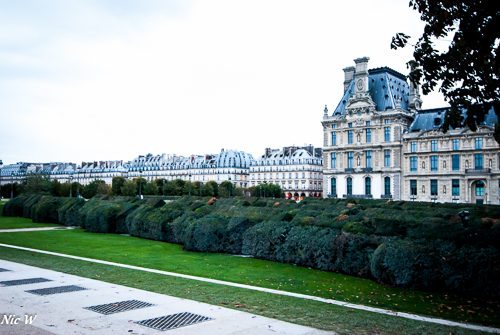 We headed further down and walked through Jardin Des Tuilleries. It is meant to be quite a spectacular park. It was deserted that early in the morning, but we will go back later in the day another time so Astrid can see the sail boats and have a play.

With a still sleeping muchkin, we caught sight of the Eiffel Tower and decided to walk that way and have a squizz. We had been in Paris 48 hours, we figured it was time to visit the Eiffel Tower already. A few streets before we got there we decided we needed a coffee and croissant and stopped for a break. Astrid had woken up after a good hour or so sleep and was ready for her daily croissant. The verdict was that it wasn’t as good as the one we found the day before and the cappucino, while nice, was hideously expensive.

We managed to make it to the Eiffel Tower despite not really knowing where we were headed, it was pretty easy to find, being so large and all. Near the Tower there is currently the ‘Buddy Bears’ exhibition. To mark two occasions – 25 years of town twinning between Paris and Berlin and the “50th anniversary of the Élysée Treaty“ – the United Buddy Bears will be visiting the Champ de Mars for 5½ weeks. The exhibition in Paris underlines the good relationship between France and Germany and between the two cities Paris and Berlin. 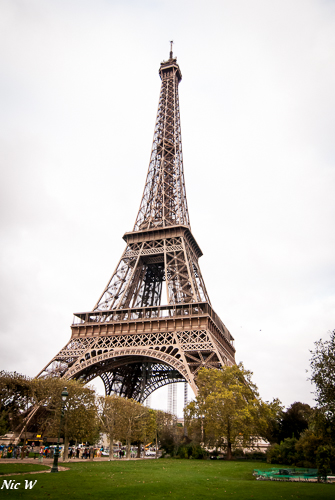 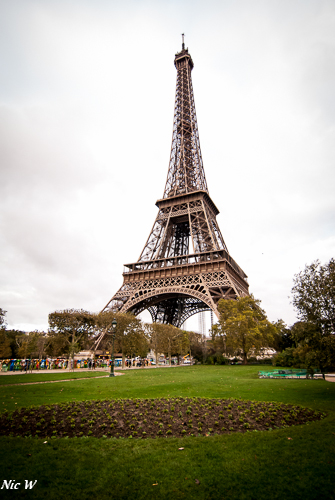 The unique United Buddy Bears project features 140 bear sculptures representing as many countries recognised by the United Nations. Standing together hand in hand, the 2m tall bears promote tolerance and living together in peace.

The Bears are quite cool, and each is decorated to represent their country of origin. Lots of tourists were having their photos taken with their country’s bear. We didn’t realise at the time but the exhibition was actually only opening that day, about an hour after we were there. We plan to go back another day and have a better look. 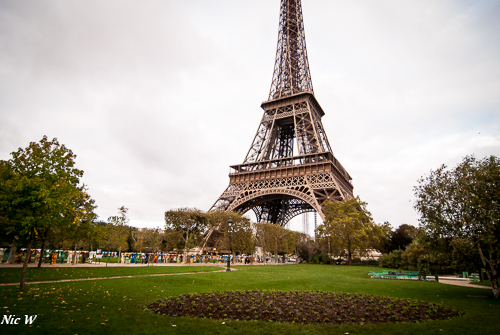 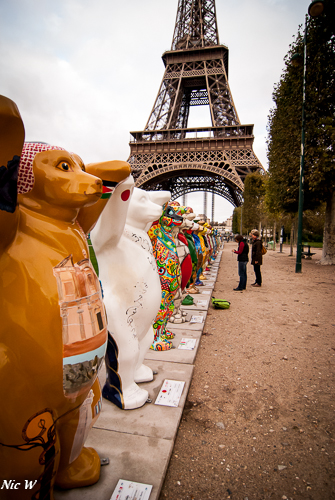 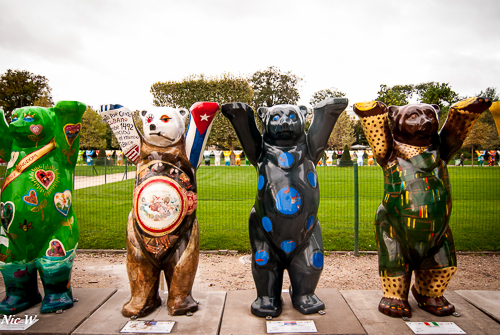 We took a few photos of the Tower but the lines were pretty long and the weather, not particularly nice, so we didn’t hang around. Plenty of time to go back.

We decided it was a pretty long walk back to our apartment so we though we should Metro it back. Good in theory but we hadn’t planned on this when we left home that morning so had to figure out stations and connections on the fly. I’m not sure we got back in the most efficient manner but we managed to get back with 3 trains, ending up 160m from our apartment. The trains come so frequently it took hardly any time. The only issue was that we had the stroller and most stations don’t have lifts and have lots of stairs so we had to carry it up and down which was a bit of an annoyance, but doable with the two of us. Astrid didn’t mind her first train rides, although was keen to get back for some lunch.

Just to make sure we knew we were in Paris, for our lunch we headed to the boulangerie at the top of our street and bought some fresh baguette. We then picked up a couple of lovely cheeses from the fromagerie opposite our apartment. Not a bad lunch at all! 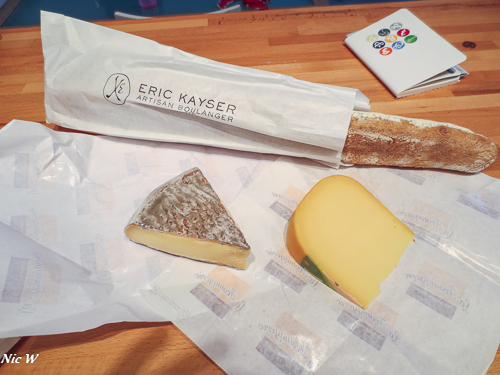 We think we might cope with this lifestyle for a couple of months, although a little more sleep would be appreciated.