March snuck up on us pretty quickly, after a whirlwind February getting Astrid settled into school and recovering from our big European trip.   Anto had to head off to the US, for work, for a large part of March but we did get a few fun activities in, including Enlighten, and a trip to Melbourne to celebrate our 10th wedding anniversary. My birthday also happened to be Easter Sunday this year, so we had a pretty big day of eating (and chocolate) to celebrate!

It turned out to be a scorching hot introduction to Autumn, with not much rain and pretty much every day over 30 degrees (and lots close to 35 degrees).  We had thought we’d arrive back to Australia at the end of January, have a couple of weeks of pleasantly warm weather to defrost, and then Autumn would hit. Canberra had other plans, so there was plenty of outside time for the kids. You can’t beat an iceblock on a hot day!

Before Anto jetted off to Kansas City, we managed to sneak in a visit to the Enlighten Festival, where Canberra’s iconic buildings are lit up with amazing projections.  The hot weather meant we had a very warm night out for a picnic before the kids got to ‘stay up late’ to see all the lights.  I posted lots of my favourite pictures from Enlighten in this post, but here are a few in a gallery to give you an idea of what a fun (and free) night out it is! Just click on any photo to enlarge it……..

The hot weather meant our garden put on a wonderful display of dahlias and the bees were going crazy on the lavender! 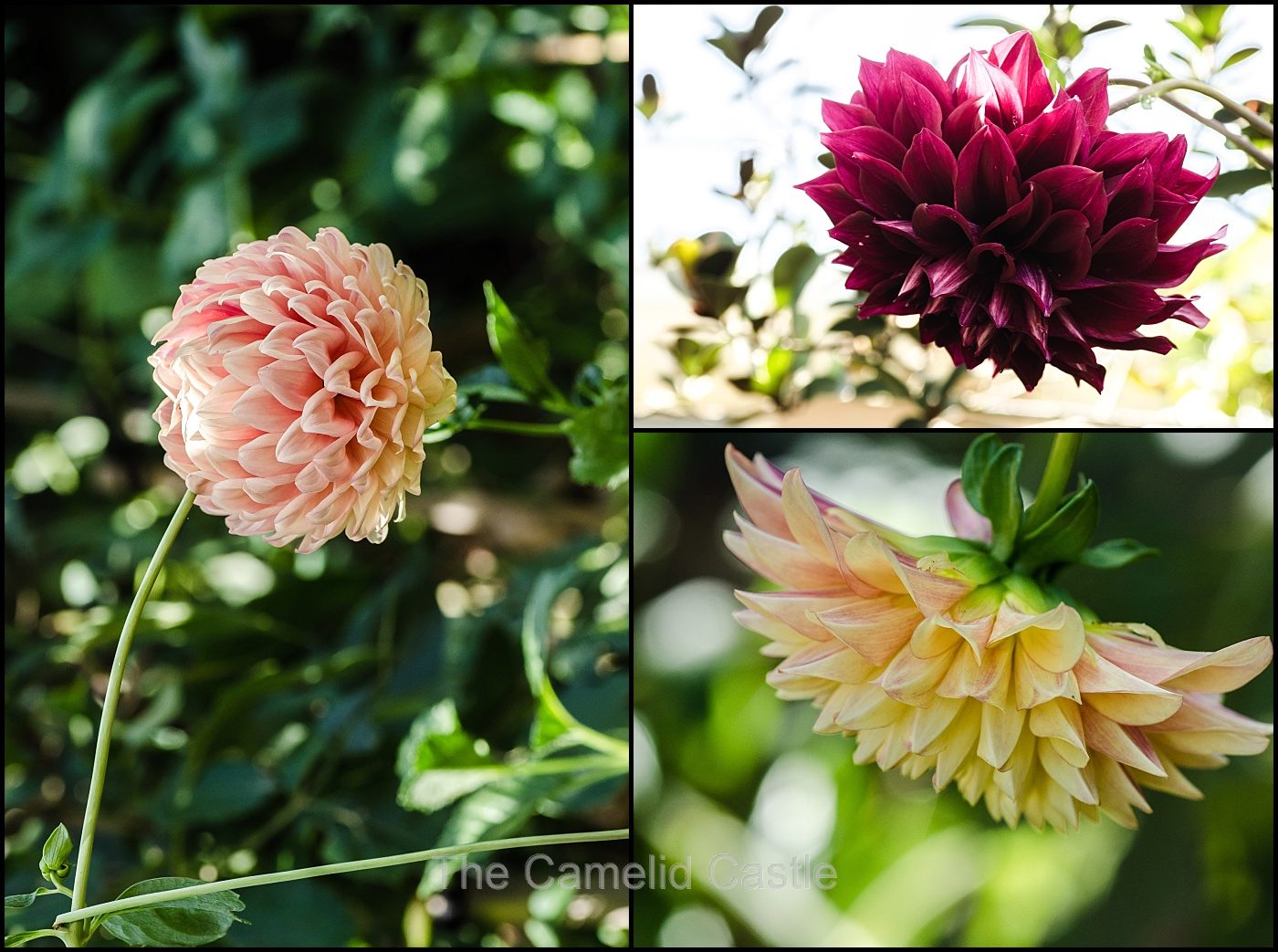 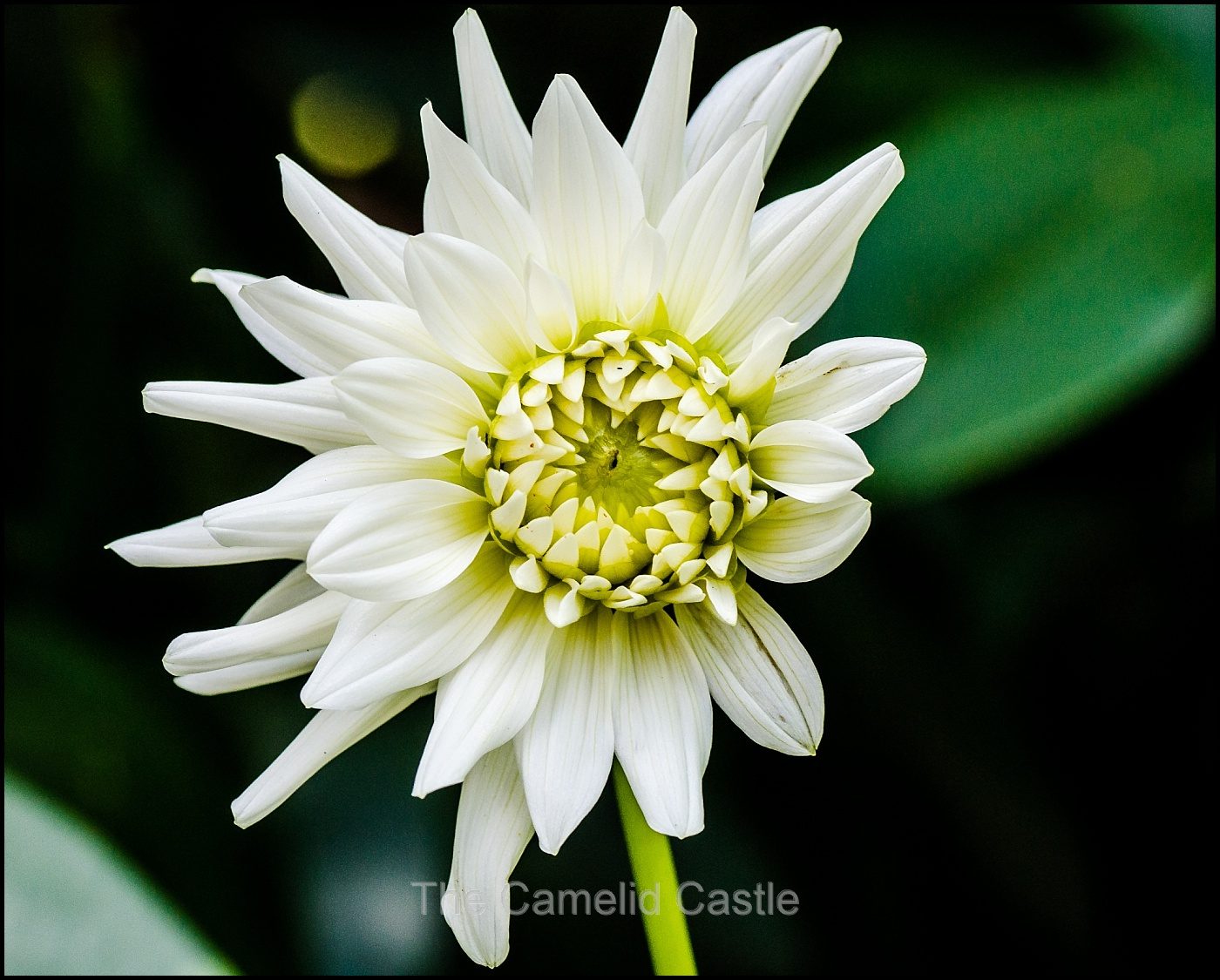 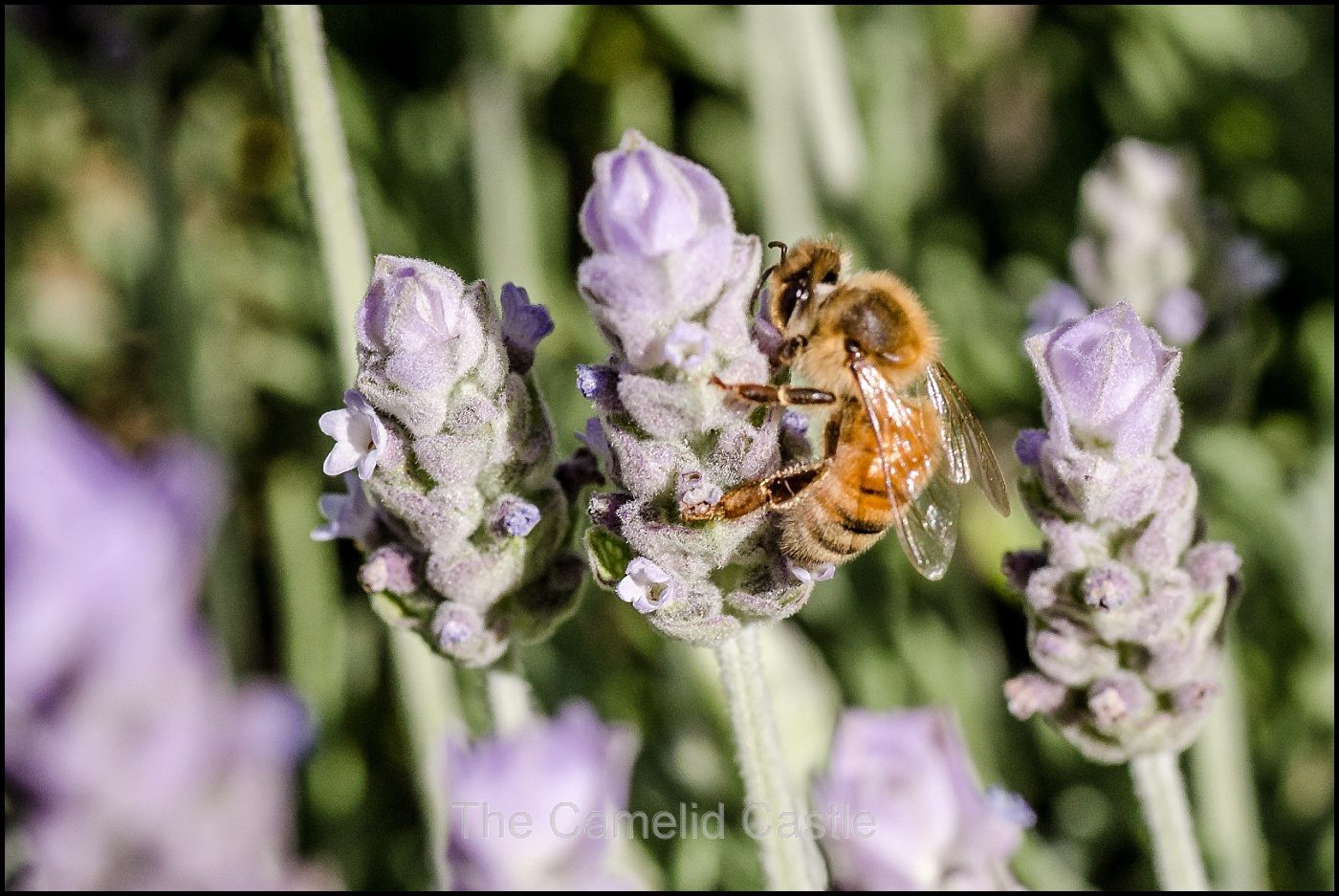 The highlight of the month though, was our trip to Melbourne.  Once Anto returned from the US, we escaped kid-free to Melbourne for a couple of days prior to Easter to celebrate our 10th wedding anniversary.  The grandparents were kind enough to look after the kids for 3 nights. It was our first trip away from them for longer than 24 hours, and they didn’t miss us one bit!  With 3 grandparents and endless treats and Easter egg hunts they weren’t at all worried about our absence.

Meanwhile we flew down to Melbourne (business class, because, well we could!) and then stayed at the Sofitel on Collins.  We’d booked a club room, which meant we had access to the Sofitel Club on the 35th floor, where we pretty much ate non-stop.  The club puts on breakfast, lunch, high tea and then evening drinks and canapes.  We didn’t leave the hotel for food at all other than for our anniversary dinner.  We might have put on 5kgs each, but it was lovely and relaxing being able to wander between our room and free food and drink.  Both the club and our room had spectacular views, so we didn’t feel the need to leave the hotel too often.

When we felt we had to walk off some of the calories we hit the shops for some retail therapy and also managed to catch a movie, but it was one of the more relaxing trips we’ve had in a long time. We even acted like real adults, going out to a comedy show after 9pm on the first night away and then drinking in the hotel bar until it closed!

I actually barely took any photos (I was clearly too busy eating!). If you are planning a couple of relaxing days in Melbourne, especially without kids, we can recommend the Sofitel and particularly the club rooms.  Just take elastic waisted-pants!  This was the view from our room………. 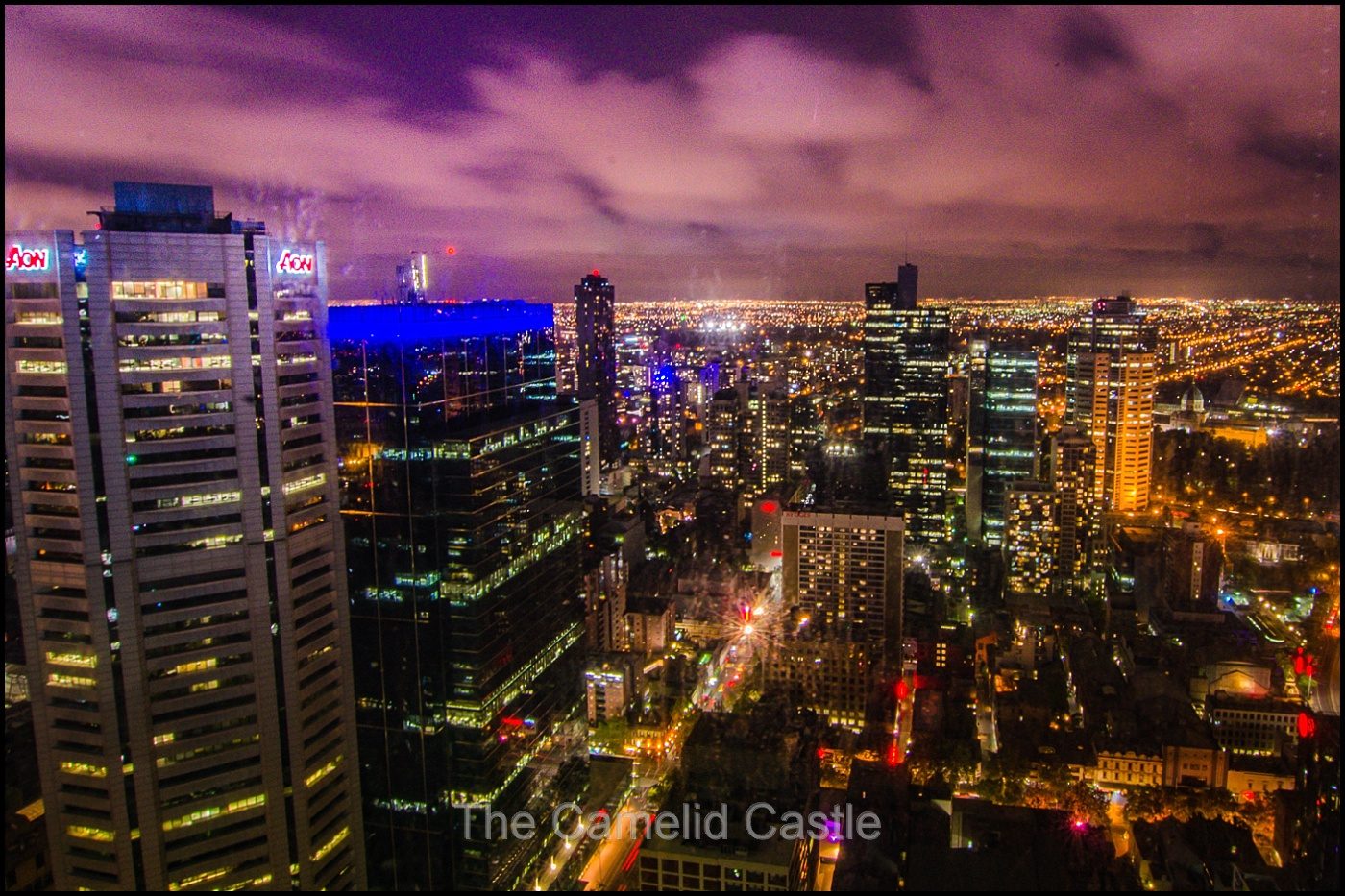 Despite not needing to eat outside the hotel at all, we had booked Maha restaurant for our anniversary dinner.  It was recommended by friends, and they were on the money. Melbourne has so many wonderful restaurants that it was hard to pick, but the menu at Maha had us intrigued. They specialise in Middle Eastern fine dining and also had an excellent array of vegetarian options for me.

Despite booking a couple of weeks in advance and going on a Thursday night, we still got an 8.45pm sitting and the place was packed.  We started our meal with amazing cocktails.  Being rather full from all the Sofitel eating we decided on the 4 course ‘spice journey’ degustation.  Normally degustations consist of fairly small courses but no, each course had multiple dishes and none were small! They were more than happy to do my courses as vegetarian and Anto’s as non-vegetarian. We left the selection of dishes up the chef and all of them were amazing.  They were just huge, we could barely get through even half the food. The problem was it was all so delicious we didn’t want to leave any behind, but probably left enough to feed us for a week. We didn’t finish our meal until after midnight (see we were being real adults), and had a slow shuffle back to the hotel, very full of delicious food.

We had decided to leave the camera at the hotel and enjoy our meal, we did have to take a few sneaky phone photos though, just to prove we were there.  So apologies for the very poor quality of these photos, they don’t do the food justice………

After a relaxing good Friday in Melbourne, eating and watching movies, we flew back to Canberra that night and picked up the kids on Saturday morning. They were happy to see us, but hadn’t missed us at all.  Especially since they had about 14 Easter egg hunts while we were gone!

Easter Sunday happened to be my birthday, so we had a few special activities planned.  I did get coffee in bed, and then it was time to head out to a cafe breakfast with family………..  Anto and I were almost hungry again by then! 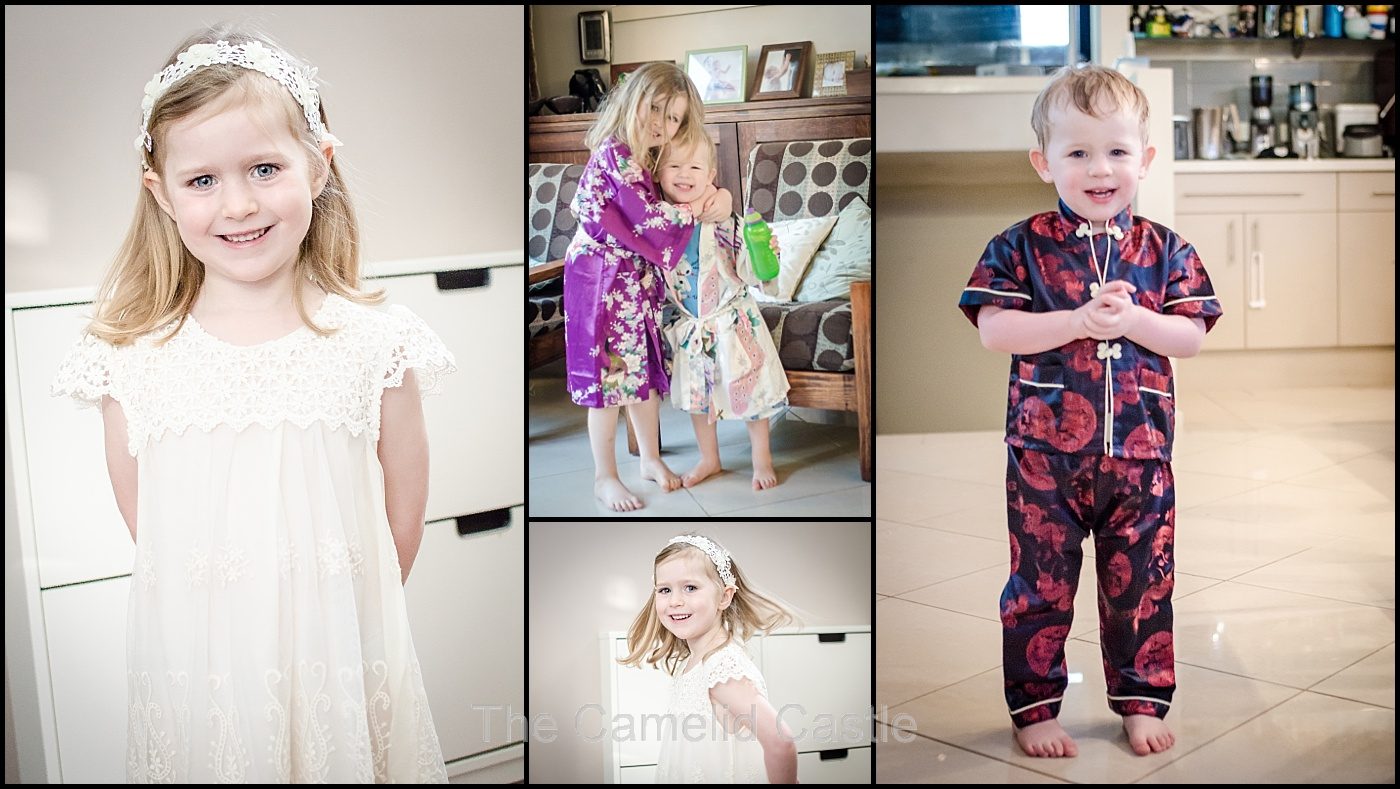 I did even manage to get a couple of photos of me with the kids on my birthday!  I don’t get in too many, especially when we are all (relatively) clean……. 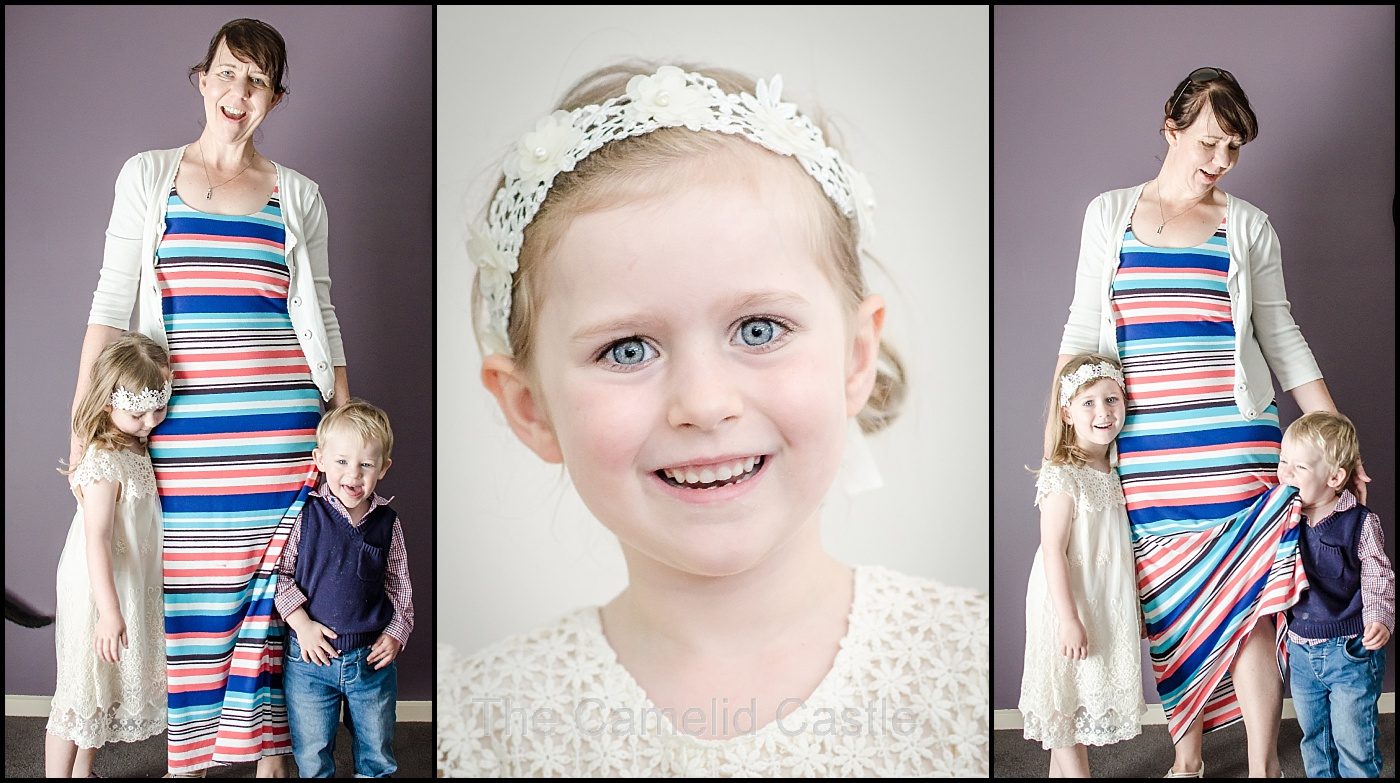 Since it was Easter, we had bought the kids a little something back from Melbourne. They had collected no shortage of chocolate while we were away but thought the Haighs chocolates we brought back were pretty good! 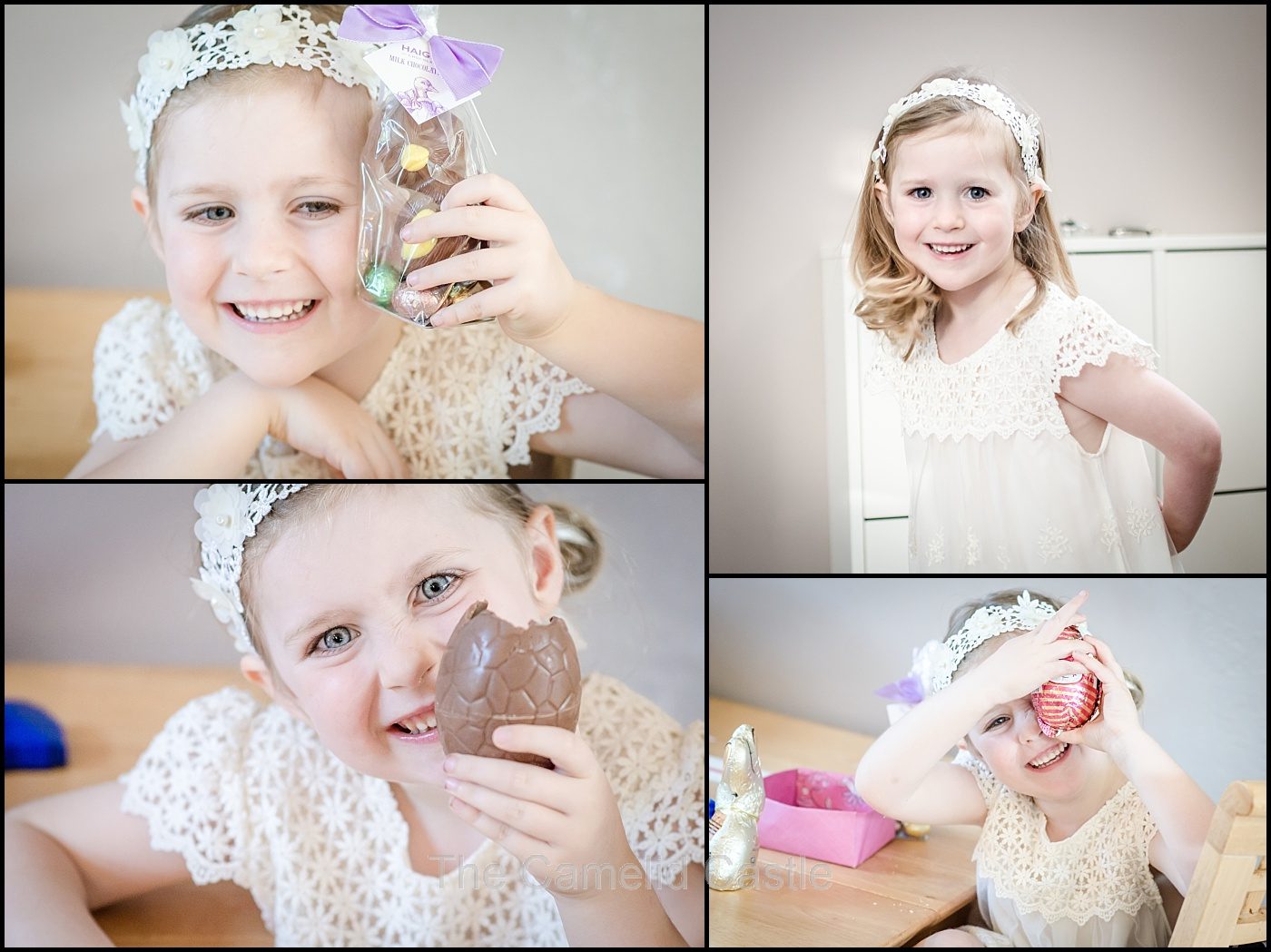 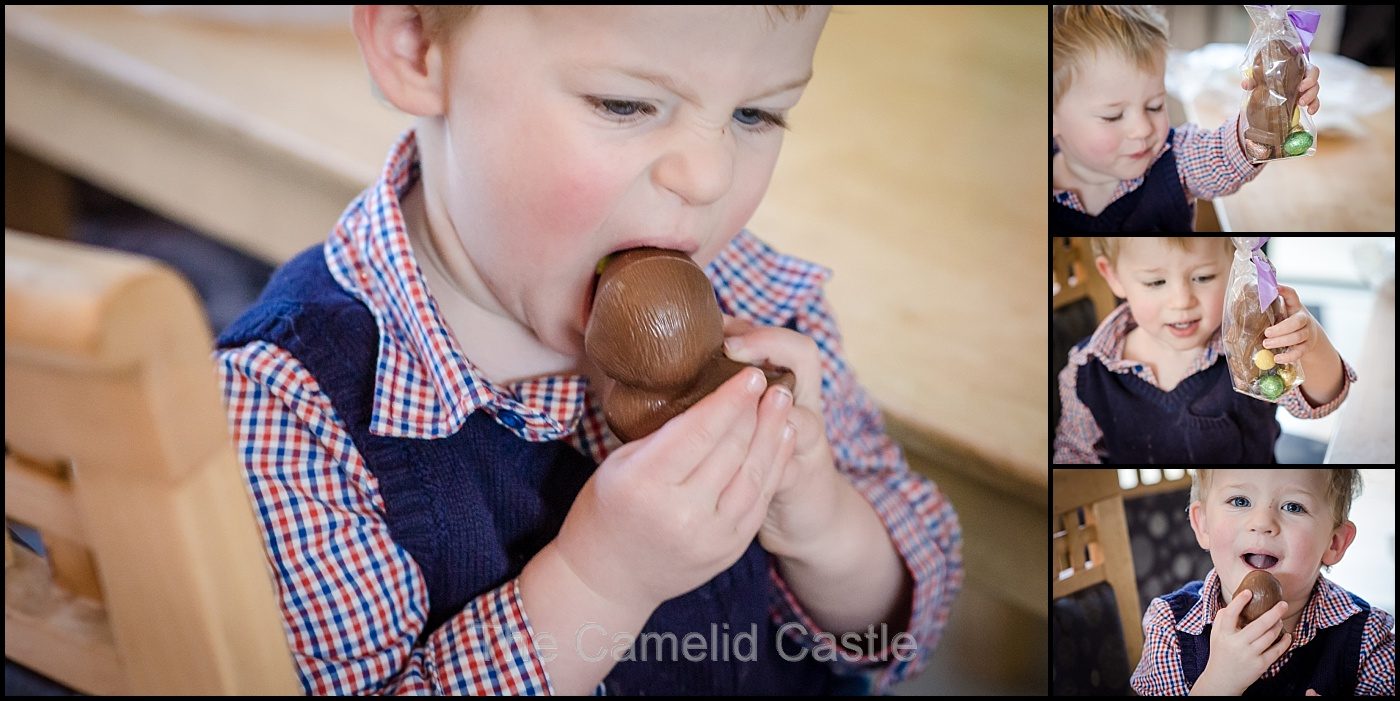 For my birthday dinner Anto cooked us up an Indian feast.  Butter chicken, palak paneer and eggplant dahl with naan bread.  After being out a lot over the prior few days it was nice to have dinner at home, and Anto even did the dishes!

During the afternoon the kids and Anto had made me a French Basque cake.  It was a spiced cake with a custard filling.  Astrid declared I was ‘way too old’ to have the correct number of candles, so I just had to make do with a few.  Lucky I have two helpers to blow out my candles, they did an excellent job, and thought the cake was pretty good too……… 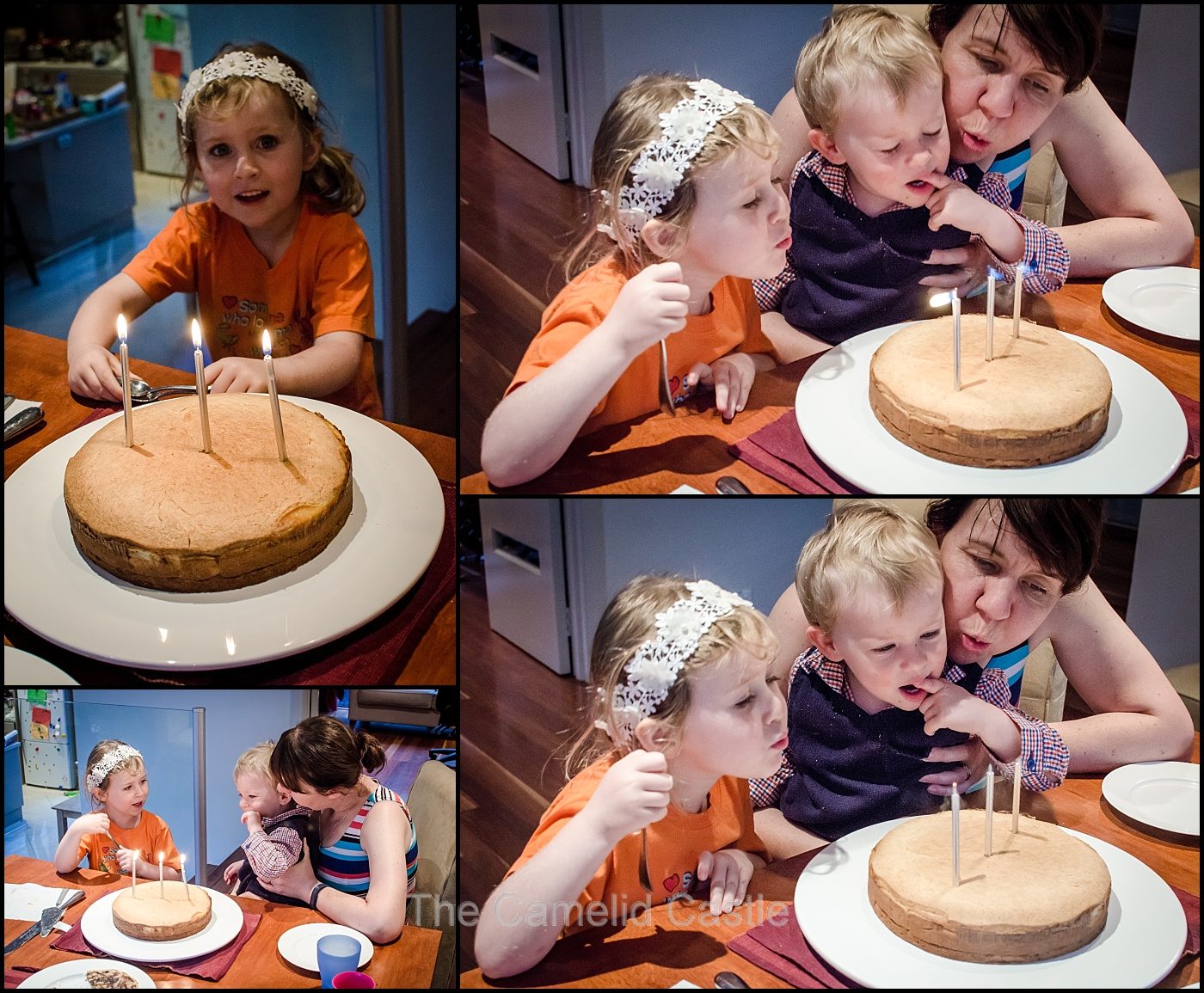 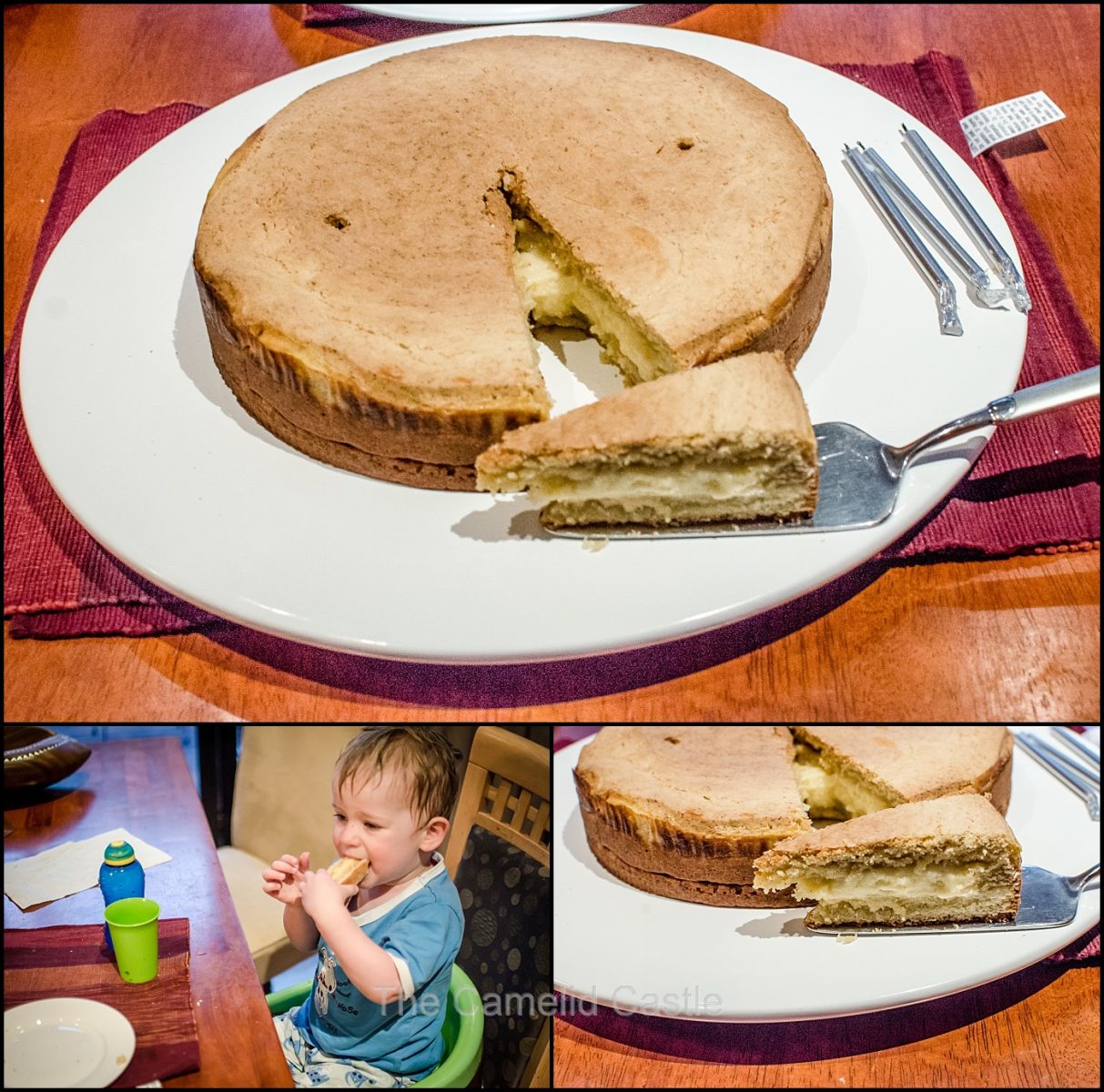